Watch: President Trump’s lawyers wrap up their defense in the Senate impeachment trial

In fact, across the entire state there is a shortage of rental homes affordable and available to extremely low income households, whose incomes are at or below the poverty guideline or 30% of their area median income.

“We have needs across all of the counties,” said Fred Hebert, executive director of Wisconsin Dells-based Central Wisconsin Community Action Council. “Every day we receive a call or more from people looking for housing.”

Affordable housing is defined by the National Low Income Housing Coalition as costs that are at 30% or less of household income. Local officials report the shortfall in affordable housing has impacts across the region.

Steve Sobiek, director of Portage Business Development and Planning, pinpointed a reason for the city lacking in housing stock that appeals to buyers or renters.

“All communities have an issue with housing availability and it’s tied to workforce development,” Sobiek said.

Through the drafting of the 2030 Comprehensive Plan update this year, Sobiek said the city identified affordable housing as a “major issue.” That work has shown a need to explore different options to increase viable housing stock within the city.

Sobiek said one course of action would be to administer a partnership between industry leaders and community developers to provide housing for workers sworn to occupy units for a specific amount of time. Another option is to think less conventionally, he said.

For instance, a spec home is being built in the northeast region of the city along Eagle Ridge Lane. Spec homes are built by developers with the layout and finishings chosen by the builders rather than the future buyers. It allows builders to increase housing stock more quickly if there is demand. Such homes also can be less expensive.

“Parcel price for land is oftentimes the sticking point,” he said. “People can change not only the cost of housing, but the footprint.”

Sobiek estimated the average price of a home within the city of Portage to be around $225,000, but said they don’t last long, noting that some people have reported their houses not remaining on the market for more than a day.

In Baraboo, the turnover time for a home can be short as well.

Real estate agent Sabel Zaffiro of Brunker Realty said the average time a house has sat on the market within the city in 2019 was 10 days. And despite the holidays, the strong housing market hasn’t slowed in past weeks, she added.

There are also a notably higher number of buyers than sellers, Zaffiro said, adding that the city needs people willing to upgrade to higher-value homes to “make room” for new residents. She said a number of people have been relocating from other states, which has further tightened the market.

Base costs vary from $120,000 to $250,000 for most home buyers, though Zaffiro said the prices are lower on the outskirts of the city and surrounding rural residences.

“There’s not a lot of cheaper homes, I’d say,” Zaffiro said. “Those in the 120 (thousand) range are what most people are looking for.”

For renters on a limited income, finding housing can be especially challenging for families, said Dwight Fenderson, executive director of Sauk County Housing Authority. But they too struggle more with finding a place to live than being able to afford one.

“One of the big problems is not so much the affordability issue as it is the supply issue,” Fenderson said. “There’s just too many people chasing too few rental properties.”

Even programs like the federally mandated Section 8 low-income housing assistance, which guarantees landlords payment of rent because of vouchers given to eligible individuals, have not been enough to ensure all people find housing.

Countywide, Fenderson said families have the “hardest time” finding units with two to four bedrooms. Demand also drives price, making it difficult for those without adequate assistance to find affordable places to live in certain communities. For instance, the closer the commute to Madison, the higher the rents, Fenderson said.

Currently, the waiting list for vouchers is a year, he added. Which means aside from special program recipients like veterans, anyone with a need will go at least that long without being able to procure assistance.

The authority has apartments of its own throughout the county: about 138 units with rent funded partially by tenants who rely on government subsidies. Others renters are simply charged below the area’s market value due to income restrictions.

Still, there is a need for more, Fenderson said. There are plans to possibly expand their inventory and to improve current ones.

“I think there’s a realization throughout the county that we have that problem,” Fenderson said, adding that homelessness is not “prevalent” throughout the area, “but it happens.”

Numbers back up the concerns

According to a housing study conducted by the Sauk County Development Corporation in 2018, rental properties in the county have no vacancies, and some have waiting lists spanning six months. Though data shows the county likely has a 3% to 5% average vacancy rate, there are likely units which are too undesirable to find a renter or are not well advertised, leading to a seeming lack of housing because they are not visible to the average stakeholder.

According to Thrive, the economic development consortium overseeing Dodge and Jefferson counties, there were nearly 38,000 housing units throughout Dodge County and about 3,400 were vacant in 2018. Planners project that in 2023, there will be more than 38,700 units with 3,800 vacant. An annual report released by economic development representatives in October 2018 found that there is a shortage of affordable housing for people in low-wage jobs despite there being open units.

Fenderson echoed this sentiment when expressing there is a need for more housing within Sauk County, specifically that those in the service industry have wages that make the cost of living much less affordable. He said an expansion of tax credits and additional Section 8 vouchers, subsidies which guarantee private landlords are paid rent directly for low-income individuals, would aid those who need help affording a place to live.

Costs a hurdle for new construction

Baraboo has a Community Development Corporation with a mission statement that reads, in part, “to ensure affordable, attractive housing” consistent with city plans. It oversees two apartment buildings and duplex housing.

Executive Director Pat Cannon said the 110 units maintained by the CDA, with apartment rents funded partially through subsidies and 10 duplexes without government aid, are stable. However, revenue through the operation of the buildings does not provide enough funding for future projects.

“The reality of it is, these programs are not designed to make money,” Cannon said. “There is a demand out there. The problem is, we cannot afford to build based on today’s construction prices.”

Sobiek also said a challenge in Portage is the cost of construction continually rising. Rental revenue has to match the expense of a development in order for the project to be considered successful. Developers are hesitant to spend money in certain areas where median household incomes are too low to support a certain level of rental costs. The same situation could be applied to developers of private homes if income doesn’t align with what a family or individual might pay for a house.

Hebert said the CWCAC has goals to create more living spaces to accommodate families and seniors on fixed incomes. However, similar restrictions create problems for his agency as well. For instance, constructing a new apartment building could have an expense of $1 million, but funding from HUD can not exceed $500,000. That number hasn’t changed in about two decades, he said. Remaining funding for projects is either procured through a lengthy and complicated grant application process or a mortgage taken on by the nonprofit.

“It’s really burdensome,” Hebert said, noting that when building slows down, it impacts people who are searching for housing.

Cannon also said CDA representatives “would love to” build more, but there are too many current hurdles related to cost. He said the problem of not having affordable housing for those who need it spans the entirety of Sauk County and beyond.

“It is pretty universal across the board,” Cannon said. “There’s a lot of people out there probably living in their cars.”

Apple growing in Wisconsin dates back more than 200 years, and while the history of growers in this region doesn’t go back that far, each has …

Thanks to the snow and cold, Christmas seems to be coming early to south-central Wisconsin.

In a time of partisan division, state legislators are making a rare bipartisan push to ensure Wisconsin children learn the loops and strokes t…

Baraboo native Gordon “Gordie” Blum didn’t see himself being an integral part of the U.S. Department of Agriculture when he graduated from the… 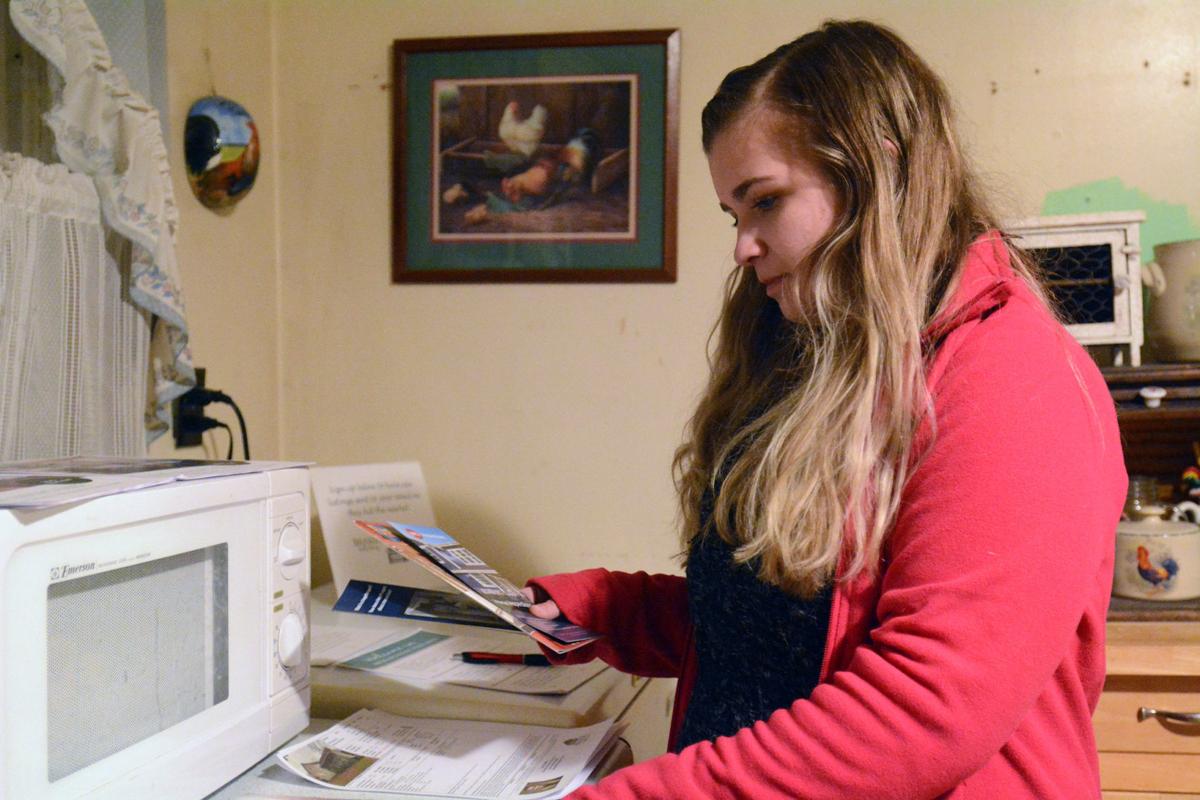 Real estate agent Sabel Zaffiro of Brunker Realty sorts through reading materials at an open house Dec. 12 in the 500 block of Quarry Street. Zaffiro said houses have averaged about 10 days on the market within the city over the last year. 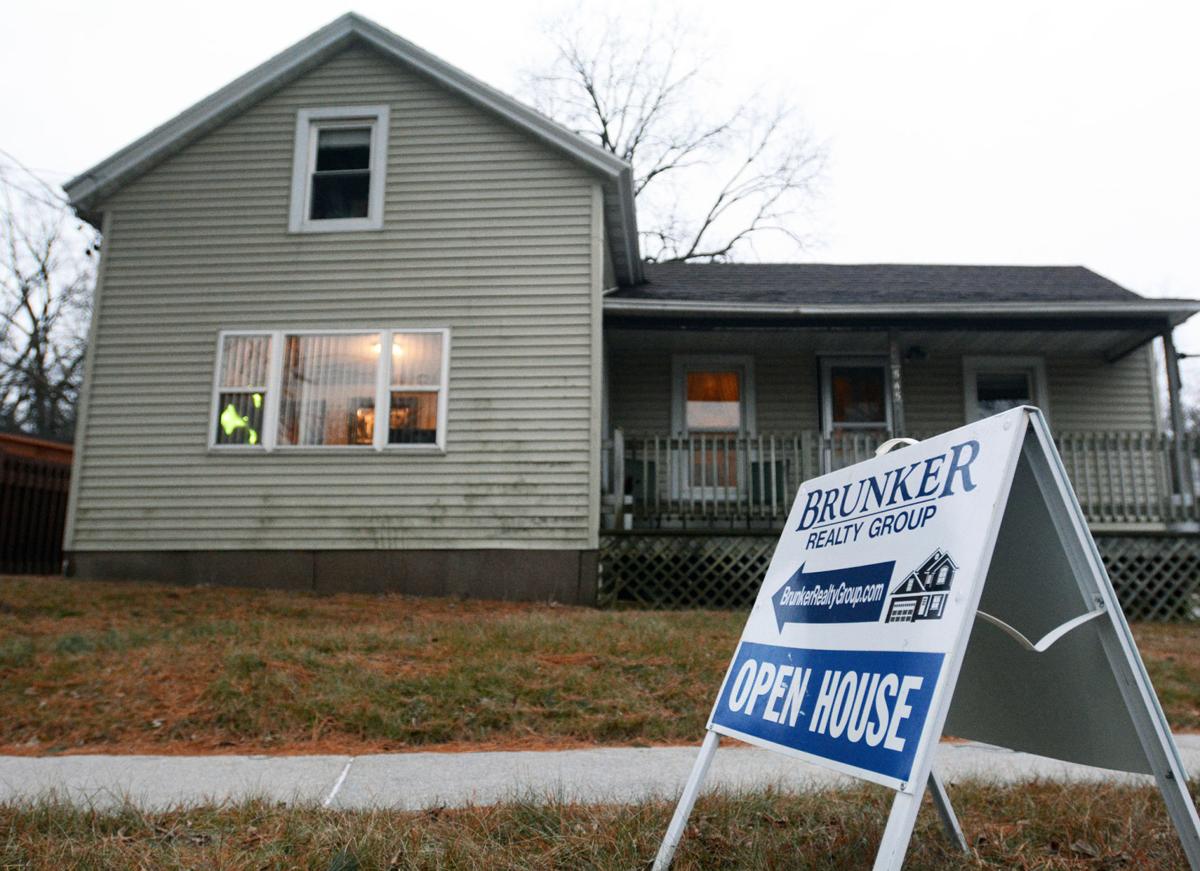 A house sits open for interested buyers Dec. 12 along Quarry Street in Baraboo. Listed at $92,500, the 1,180 square-foot home falls well below the average home value in Sauk County, which is $169,500, according to the 2018 Sauk County Development Corporation Housing Study. 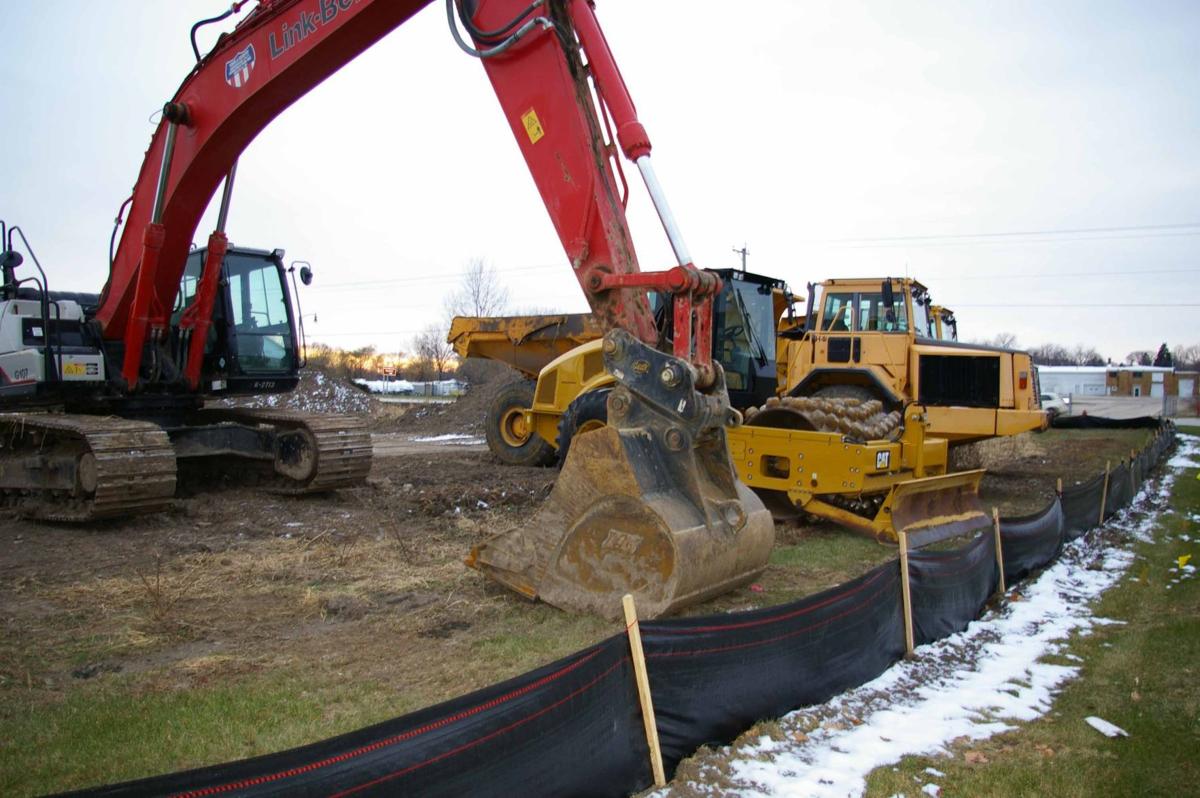 Earth moving equipment is shown in this November 2018 on the south side of Fox Lake adjacent to Highway 33. The ground was being cleared for two 12-unit apartment buildings are nearly finished now.