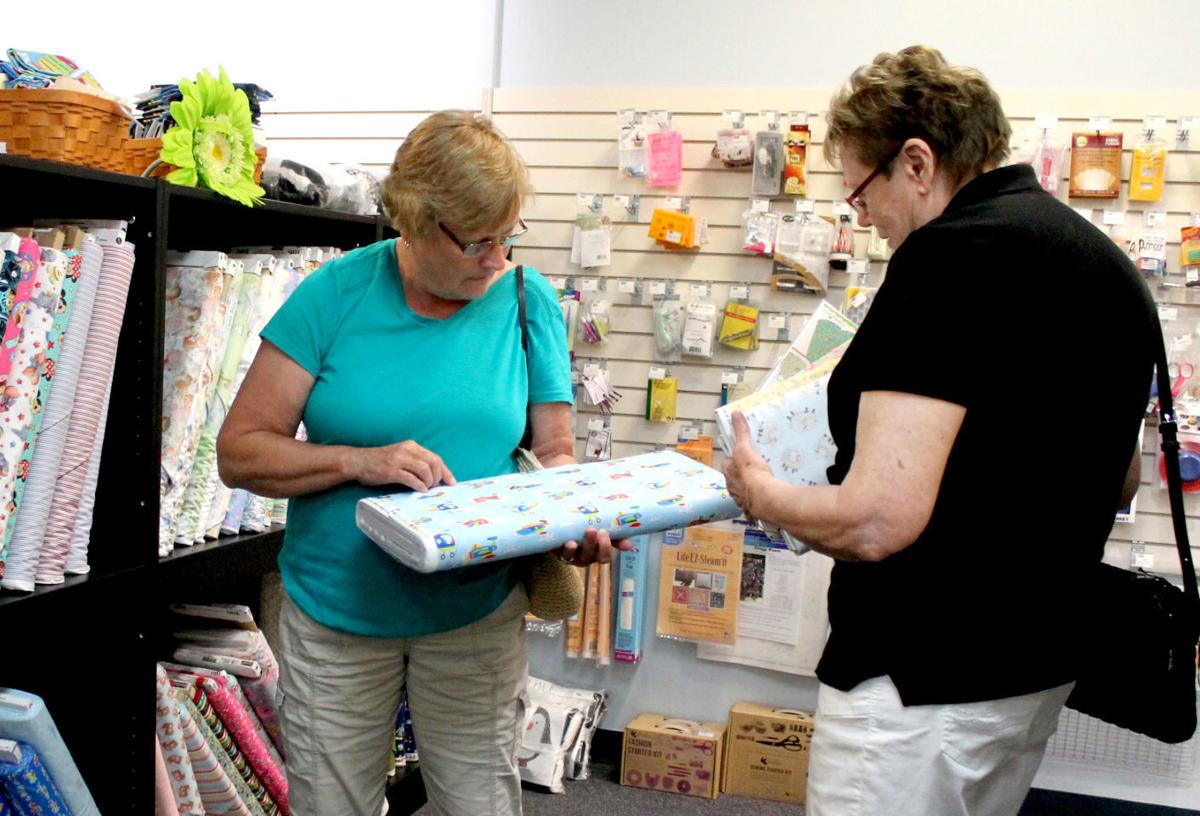 From left, sisters-in-law Karen Baierl of Waupun and Joan Baierl of Saukville shop for fabric Thursday at Nancy's Notions Retail Store in Beaver Dam. The store will cease operations July 31. Customers will still be able to shop online at nancysnotions.com. 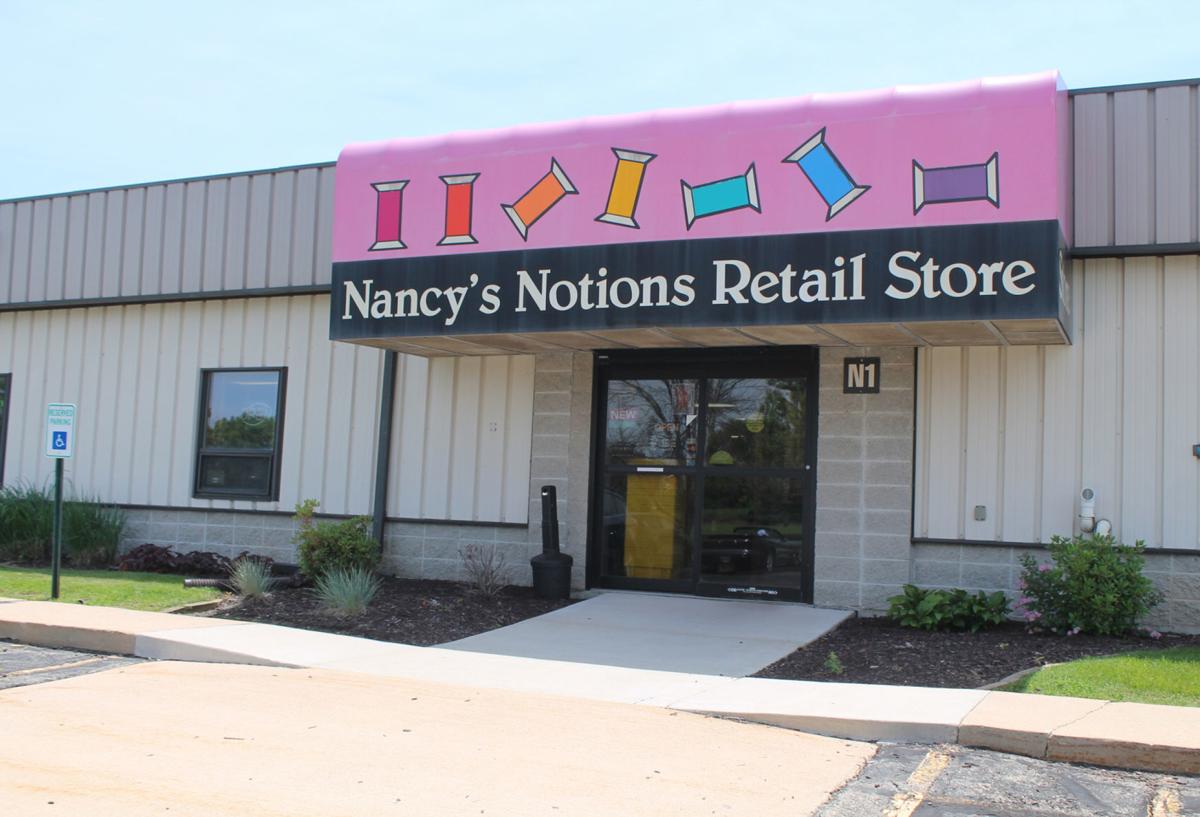 Employees let go; classes and clubs come to an end

Nancy’s Notions has decided to close its retail store at 333 Beichl Ave. in Beaver Dam. The final day for business will be July 31.

CEO Kristi Tacony Humes said in a statement Wednesday, “Like many other brick and mortar retail stores, Nancy’s Notions has continued to face increasing competitive pressures over the past several years. This decision was difficult but necessary for our long term direct-to-consumer strategy. We are committed to focusing on our continued business transformation through an enhanced digital and merchandising strategy on nancysnotions.com and a brand refresh to be revealed later this fall. We are working to assist our employees through the transition and are committed to maintaining existing relationships with our vendors and other key stakeholders through this process.”

Nancy’s Notions was founded by Nancy Zieman 40 years ago. The company’s first warehouse was a former chicken shack on the Zieman family farm. It grew into a 100,000-square-foot building that included the retail store in Beaver Dam. The warehouse will continue operations.

In 2003, Zieman sold her company to Tacony Corporation of Fenton, Missouri, and stayed on as the spokeswoman for the company that sells sewing, quilting and embroidery supplies.

She founded Nancy Zieman Productions, which oversaw the public television show “Sewing With Nancy,” books, videos, Quilt Expo in Madison, and the Sewing Weekend in Beaver Dam that drew 4,000 people annually to the area.

In January, the company announced that it made the difficult decision to cancel Nancy’s Notions Sewing Weekend this year, which had been held for 35 years.

Scott Stanton, director of administration, said that once the retail store closes, classes will no longer take place and clubs won’t be meeting at the location. Anyone who had pre-registered for a class will be refunded its fee.

Shoppers on Thursday afternoon expressed disappointment in learning of the impending closure and said they were grateful for the personal assistance and knowledge of the staff.

Customers will still be able to shop online at an enhanced and improved experience at nancysnotions.com.

The largest living thing on earth is edible and underground

The largest living thing on earth is edible and underground

In March 2018, Lonnie Freber was celebrating the fact that his store, Freber’s Fine Jewelry, had been serving the area for 54 years.

Silgan to close its Waupun can plant in November

WAUPUN — About 70 workers will lose their jobs this fall when Silgan Containers closes its metal container manufacturing facility.

From left, sisters-in-law Karen Baierl of Waupun and Joan Baierl of Saukville shop for fabric Thursday at Nancy's Notions Retail Store in Beaver Dam. The store will cease operations July 31. Customers will still be able to shop online at nancysnotions.com. 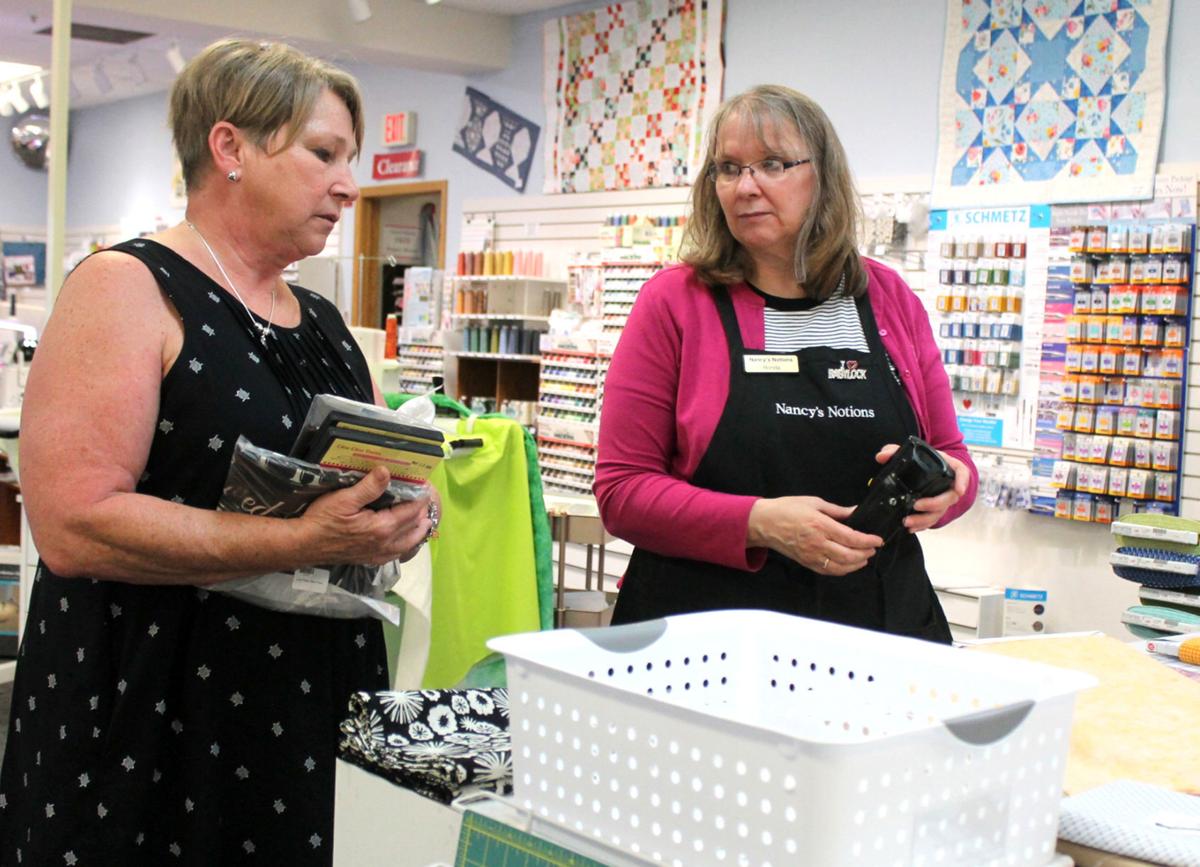 Nancy's Notions employee Ronda Johnson, right, measured fabric Thursday for customer Marilyn Krupp of Kiel. Krupp said she will miss shopping at the retail store, which is set to close at the end of July, because she likes to touch and look at fabric up close before making a purchase.