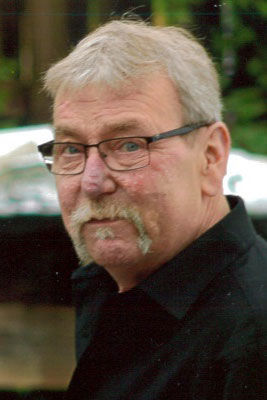 BEAVER DAM—Gregory A. Hilbrich, 63, of Beaver Dam, passed away peacefully on Thursday, April 23, 2020, at his home surrounded by his family.

Greg was born Sept. 8, 1956, in Chicago, Ill., to Lawrence and Audrey (Ewald) Hilbrich. He proudly served his country in the U.S. Navy from 1974-77. Greg loved the Chicago Bears and the Cubs, even through all the jokes and prodding that comes with living in Wisconsin. On Sept. 29, 1984, he married Christine Donaldson. They lived in Chicago, Ill., until 1993 when they moved their family to Beaver Dam, Wis.

Greg had many jobs throughout his life, mostly pertaining to his love of cars and anything with an engine. He loved restoring American muscle cars, with the last one being a 1970 Camaro with his son Brandon. He won many awards over the years at car shows, and loved taking his family for car rides to explore Wisconsin on nice summer days.

Greg is survived by his wife of 35 years, Christine; his daughter, Cassie (Kyle) Rockefeller and their daughter Ellie Neva; his son Brandon (Samantha) Hilbrich and their daughter Alyssa. He is further survived by his mother-in-law M. Neva Donaldson of Beaver Dam; sister-in-law Kay (Glenn) Fichter of Aurora, Ill., Jean (Terry) Sullivan of Georgia, brother Tom Hilbrich, several nieces and nephews and many friends. He was preceded in death by his parents, Larry and Audrey Hilbrich, his father-in-law Robert Donaldson, and several aunts and uncles.

A memorial gathering will be held at the Koepsell-Murray Funeral Home in Beaver Dam on Saturday, June 27, 2020, from 10 a.m. until 12 p.m. with social distancing encouraged. A memorial service will follow with a limit of 40 people in attendance. At 2 p.m., all friends and family are invited to Moonlight Bar & Grill in Beaver Dam to continue in the celebration of Greg’s life.

Greg’s family would like to thank the Marshfield Medical Center of Beaver Dam and Hillside Hospice for all of the help provided throughout this time.

Memorials may be directed to Hillside Hospice in Beaver Dam.

Koepsell-Murray Funeral Home in Beaver Dam is serving the family.