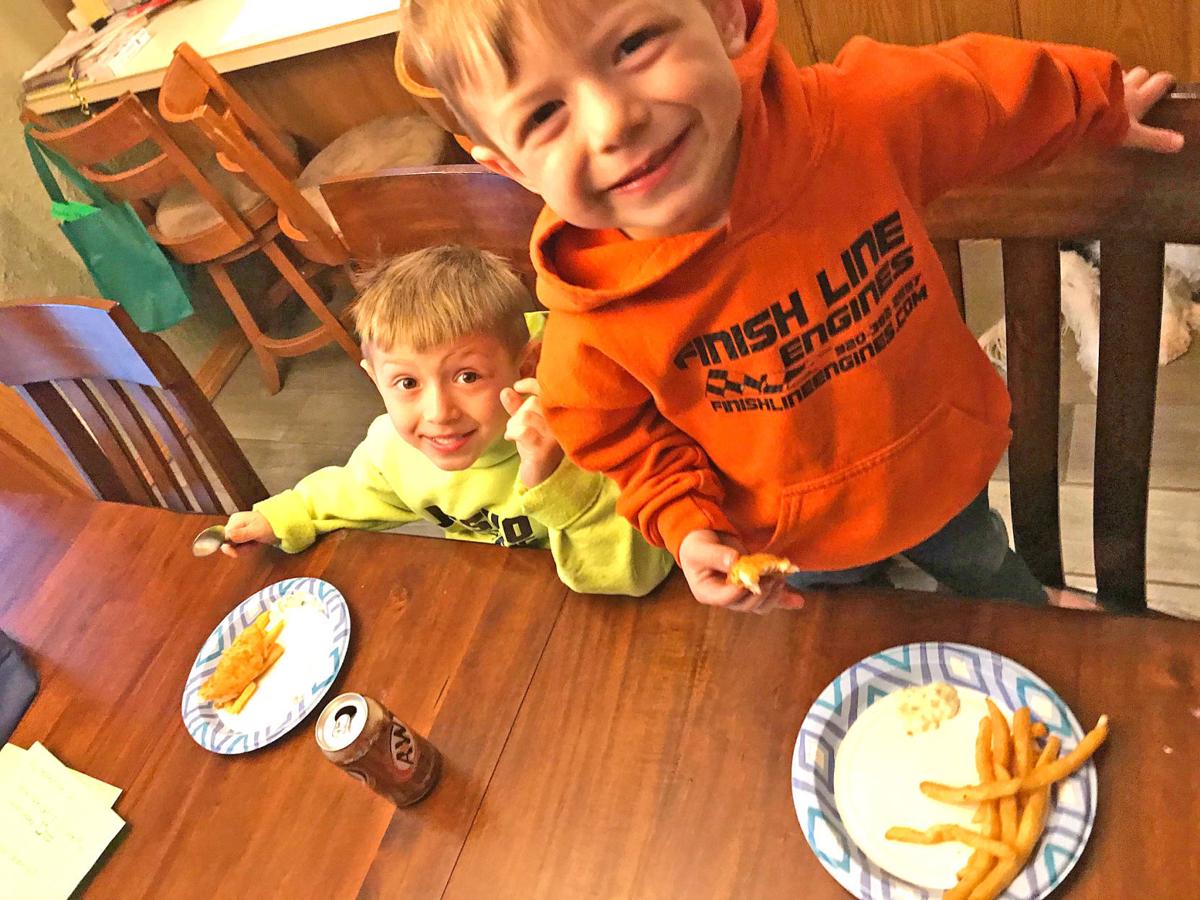 Waupun Little Leaguer Camden Jesko (left), 5, is pictured with the fish dinner he ordered from Wild Goose Cafe with the gift card he won in the little league's "Support the Sponsors" drawing. Each winner received a gift card to use for themselves and another to "pay it forward" to someone. Jesko, who's pictured with his brother, Jax, 4, passed his other gift card along to one of the family's daycare teachers. 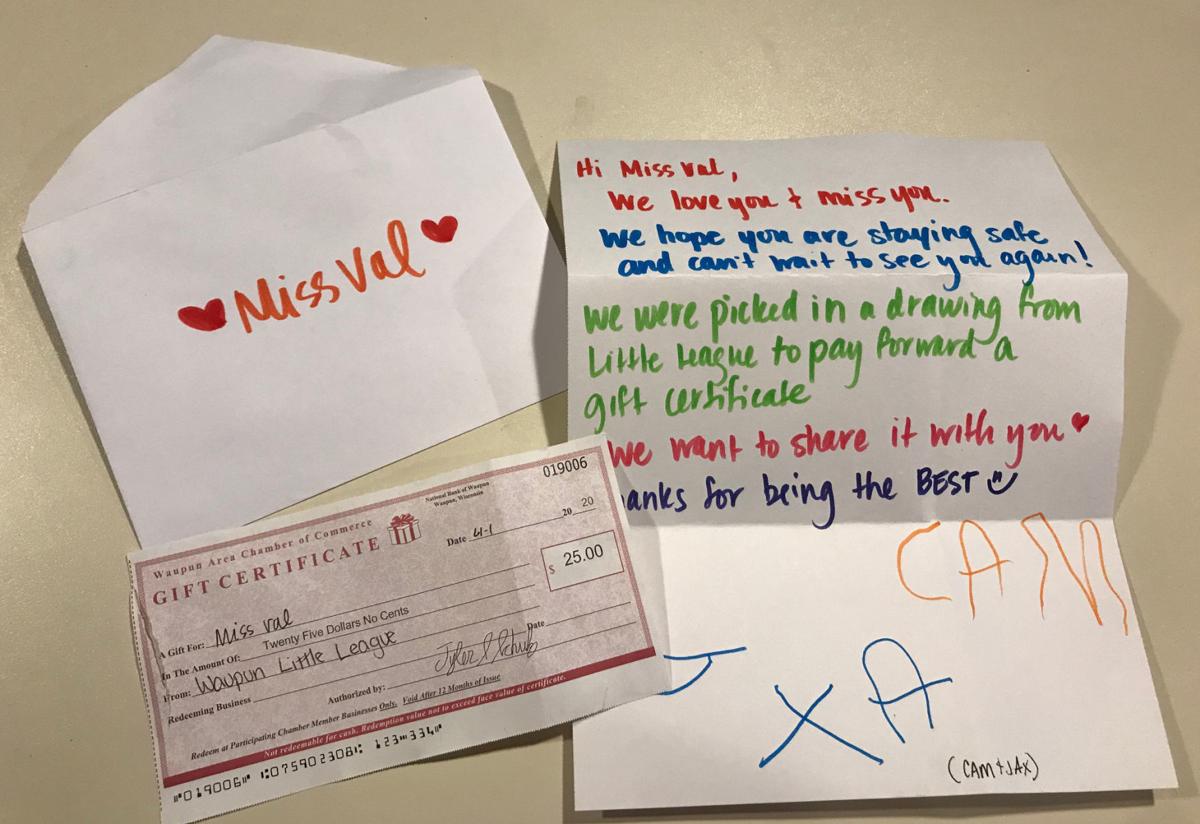 Pictured is the Waupun Area Chamber of Commerce gift card and letter Camden Jesko and his brother Jax gave to one of their favorite daycare teachers after Camden was chosen as one of the winners in the Waupun Little League's "Support the Sponsors" initiative. Each winner received a gift card to use for themselves and another to "pay it forward" to someone. 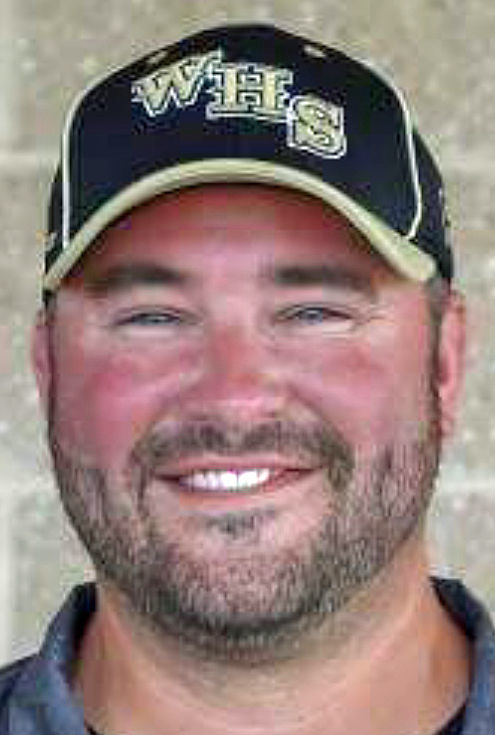 When the coronavirus COVID-19 pandemic first began to smother normal life in America a month and a half ago, the Waupun Little League organization decided to step up to the plate.

The diamond would be empty for an indefinite amount of time. The organization’s heart was full.

And as a result, the kids in the program are learning how to hit a home run in the game of life.

Wanting in this time of need for so many to repay a community that has supported Waupun Little League over its 58-year existence, the league’s board came up with a “Support the Sponsors” initiative.

The idea was simple. Every kid registered to play Little League this year was entered into a drawing to receive two, $25 gift certificates from the Waupun Area Chamber of Commerce, redeemable at any business in town — not just those that are members of the chamber. There were 322 kids, not including those with a parent on the little league board because they weren’t allowed to participate, registered to play this season, and 75 winners were selected when the drawing took place on Saturday, March 28.

Each of the winners was asked to use one of the gift certificates for themselves in support of a local business and to “pay it forward” to someone else with the other.

Board president Justin Schmidt cited the organization’s mission statement — in part, “not only to teach the fundamentals of baseball, but to also teach important life lessons, such as teamwork, leadership and good sportsmanship” — as the guiding force behind the idea.

“We thought it was a great time to impose some lifelong lessons and hopefully the kids that get selected will be able to learn from this and have that good feeling to do it a little more regularly than maybe most people do,” Schmidt said during an interview a couple days before the drawing, echoing what he wrote on the organization’s Facebook page announcing the initiative, which stated, “Hopefully they can find the joy in paying it forward, and will continue to do so throughout their lives. I want to encourage those who are selected to spend a little more than what the gift card is issued for if possible. Let’s do what we can to support those who support our youth!

The idea was very well received right away.

“A lot of really positive feedback,” Schmidt said. “The mayor (Julie Nickel) put a post out — that got a lot of positive feedback. We had to unfortunately cancel our player clinic here at the end of April and we had a few parents even ask if we could keep the refund that we were going to give for that and put it toward this.

“Overall we’ve gotten a lot of positive feedback that this is a cool idea — and especially about helping teach the kids that lesson.”

One such kid who was a winner in the drawing is Dayton Hopp.

“He’s four,” his dad, Seth, said, “so we had to explain it to him a little bit. But he was really excited.”

The Hopps chose to spend Dayton’s gift card on a fish dinner — walleye and perch — from Brittain House.

“He loves fish so he was excited when I told him that we were able to get a fish fry,” Seth said.

Seth added that with the Safer at Home order still in place and social distancing still happening, both measures aimed at slowing the spread of the virus, he hasn’t been out and about much to get a good gauge on how much buzz there is surrounding the little league’s “Support the Sponsors” initiative.

“But the few people I have talked to have been very appreciative and supportive,” he said. “I think everyone realizes how important it is to support our small businesses in Waupun as they have supported baseball over the years.

“As much as they help us out, it’s good to keep them going.”

The recipients used the gift certificates in a variety of ways. Some, like Dayton, used it for a family dinner or for treats from Culver’s. Others, such as Grayson Homan-Douma, used it to treat themselves to a gift, like the John Deere blanket he bought at Ballweg Implement Co.

And the way the “pay it forward” gift certificates were dispersed was wide ranging as well. Some went to friends. Others to adult figures who have had a positive impact.

Five-year-old Camden Jesko, one of the drawing winners, and his brother Jax chose to give their pay it forward gift card to their daycare teacher, writing in a letter that accompanied the gift card, “Hi Miss Val, we love and miss you. We hope you are staying safe and can’t wait to see you again! We were picked in a drawing from little league to pay forward a gift certificate. We want to share it with you (heart emoji). Thanks for being the best (smiley face emoji).”

The gift certificates were purchased with money Waupun Little League has raised in recent years through registration fees, tournaments fees, sponsorships — either for teams or for signs and advertising — and general donations.

Schmidt pitched doing something to the rest of the board on the evening of March 23 in the very early going of the pandemic, sending an email out soliciting thoughts. The group then emailed back and forth, “spitballing,” Schmidt said, “just trying to come up with an idea for how to get people out and about and spending money to support our sponsors.”

In addition to the gift certificates, Waupun Little League also made monetary donations to the Waupun Food Pantry and to REACH Waupun, a youth outreach organization.

“Thank you SO much Little League for thinking of us!” REACH commented on Facebook. “We’ll keep saying it — we are SO BLESSED to serve in this community (heart emoji).”

The pandemic has certainly had a negative impact on many individuals and businesses. But as Waupun Little League has demonstrated, it’s also brought people together as we all try and navigate these truly unique times.

“It was an opportunity,” Schmidt said of giving back, “that we didn’t want to pass up.”

Duckling rescue — At 7:23 a.m. Tuesday, police received a report of ducklings stuck in a storm drain by Norris Street and Beaver Street. The d…

The number of COVID-19 cases in Dodge County has gone up over the last few weeks, leading medical professionals to caution safety despite the …

Teachers and students have adjusted to the end of the 2019-2020 school year with online learning, cancellation of events and schools closing a…

When the current COVID-19 pandemic reached across the world, Bridget Haima felt a spark of recognition.

Three days a week a stream of vehicles come through the Beaver Dam High School parking lot with meals going out to the youth of Beaver Dam. La…

Great Wolf Lodge announced that from May 4-12, up to 10,000 stays booked at their resorts will come with a complimentary stay for registered n…

Waupun Little Leaguer Camden Jesko (left), 5, is pictured with the fish dinner he ordered from Wild Goose Cafe with the gift card he won in the little league's "Support the Sponsors" drawing. Each winner received a gift card to use for themselves and another to "pay it forward" to someone. Jesko, who's pictured with his brother, Jax, 4, passed his other gift card along to one of the family's daycare teachers.

Pictured is the Waupun Area Chamber of Commerce gift card and letter Camden Jesko and his brother Jax gave to one of their favorite daycare teachers after Camden was chosen as one of the winners in the Waupun Little League's "Support the Sponsors" initiative. Each winner received a gift card to use for themselves and another to "pay it forward" to someone.