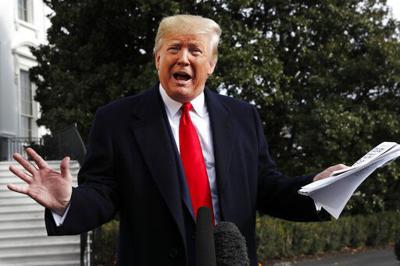 The Wall Street Journal editorial board has been telling you about political machinations at the National Labor Relations Board (NLRB) as an insight into how double standards can rig labor law. So it’s good to see the agency pushing back in a report last week.

NLRB Chairman John Ring initiated a review of the agency’s recusal policies last year after Inspector General David Berry ruled that board member Bill Emanuel should have recused himself from the agency’s Hy-Brand joint-employer decision based on a novel interpretation of ethics rules. This prompted the board to vacate a decision that was a significant blow to unions that want to be able to organize franchises nationwide as a single business.

Democrats in Congress complained that Emanuel, a Republican, was previously employed by Littler Mendelson, a law firm that had represented a subcontractor in the Browning-Ferris (2015) case that established a new joint-employer standard.

Ferris, the inspector general said Emanuel was obligated to recuse himself. The inspector general cited an executive order requiring appointees to recuse themselves from a “particular matter involving specific parties” that are “directly or substantially” related to a former employer or client.

This would mean that no executive appointee could participate in a decision that might implicate a client of a former employer. Most Trump administration appointees would have to recuse themselves from decisions for one reason or another. It turns out the inspector general was wrong, as we argued at the time.

NLRB staff reviewed how the board and other independent agencies have handled recusal and found there is no standard practice. During the Obama administration, Republican Philip Miscimarra recused himself from an independent-contracting case involving FedEx, though Democrats Craig Becker and Kent Hirozawa participated in cases involving a former employer or its client.

Federal law prohibits executive agency appointees from “participation in a particular matter that will have a direct and predictable effect” on their own financial interest or those of a family member. But in other cases, the NLRB report notes, government ethics rules direct appointees to consider whether their “impartiality would be questioned.”

At most agencies, ethics officers work with appointees to resolve potential conflicts, but the appointee makes the decision on recusal. The Securities and Exchange Commission has adopted a regulation specifically referring recusal motions to individual commissioners.

Federal judges also decide whether they are too conflicted to hear cases. Justice Elena Kagan recused herself from cases in which she represented the Obama administration as solicitor general. But judges don’t usually recuse from cases merely because they previously worked for a law firm representing a client with an interest in an issue before them.

The report concludes that the president may intervene if a board member violates an ethics pledge, and parties in cases may cite conflicts if they appeal decisions in federal court. But Trump appointees shouldn’t hold themselves to a standard that Democrats haven’t followed and won’t in the future.

LANDERS COLUMN: All rise for the wrist slappers

Last month Shaun Smith, a man already out on bond for two other recent disturbances, decides to fight with, batter, and threaten three Wiscons…

I am not a runner. In fact, I hate running. My body was never designed to keep pace with anything faster than a shopping cart with a stuck whe…

During an appearance in his childhood home of Scranton, Pennsylvania, President Joe Biden made the case for congressional approval of his near…

As an author and columnist, I’m often asked how I get my ideas. I get them from daily life. Ideas can come from something I’ve experienced, re…