EDITORIAL: Census must lead to fair voting maps in Wisconsin
0 comments
Share this 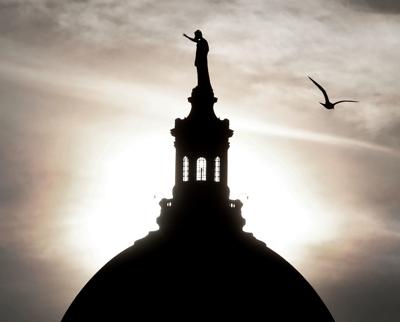 A pair of Democratic lawmakers last week proposed a state constitutional amendment that would assign the task of drawing legislative and congressional districts to a nonpartisan state agency following the once-every-decade count of Wisconsin’s population.

But adopting such an amendment will take years to accomplish, even if support in the Legislature is strong.

The better option, at least for now, is to stick with a bipartisan bill to accomplish the same goal by next year, when voting districts across Wisconsin will be redrawn to reflect increases and shifts in where people live.

The Wisconsin State Journal editorial board has been decrying gerrymandering — the devious practice of shaping voting districts for partisan advantage — since before the last census in 2010. We pushed for Iowa’s good-government model for nonpartisan redistricting when Democrats were in charge of Wisconsin government.

And we continued to demand it while Republicans held a lock on power.

Now state government is split, which is a ripe opportunity for adopting a neutral process. Democratic Gov. Tony Evers supports Iowa’s proven method of assigning a nonpartisan state agency to redraw voting districts so they are compact and follow established municipal and county lines.

But that’s starting to change, thanks to public pressure. At least two Republican state lawmakers — Reps. Todd Novak of Dodgeville, and Travis Tranel of Cuba City — have joined Democrats in co-sponsoring Assembly Bill 303, which would take the politics out of redrawing district lines next year. Rep. Jon Plumer, R-Lodi, also supports the bill, and other Republicans have expressed interest.

More than two-thirds of Wisconsin’s counties have passed resolutions opposing partisan gerrymandering. Good citizens, regardless of their political leanings, understand that letting the politicians shape their own districts only leads to incumbents protecting themselves from voters.

That’s not how our democracy — which is by and for the people — is supposed to work.

Iowa has demonstrated a better way for decades.

The law in Iowa assigns the task of redrawing legislative and congressional districts to a state agency that’s insulated from politics.

The agency must draw districts compact and contiguous without considering the impact on politicians or parties.

The Iowa Legislature still approves the maps but can’t amend them. And if Iowa lawmakers want revisions, they must state in writing their concerns, which guards against shenanigans.

Adopting the Iowa model as a constitutional amendment would make it harder for either partisan side to undermine fair maps.

But with the latest decennial census already here, Wisconsin needs to move fast. Passing a bill that requires a nonpartisan process such as Iowa’s is best.

EDITORIAL: 1 down but 7 bills to go for the homeless in Wisconsin

EDITORIAL: Senate must decide whether to side with scam colleges or defrauded students

EDITORIAL: The case of Bill Barr vs. Apple

EDITORIAL: Rather than assign 'homework,' governor should meet, work with GOP

Gov. Tony Evers may have been a fine teacher in his years working in schools, but his “teacher-turned-governor” approach to his new job isn’t …

EDITORIAL: These are the hottest years in modern history, and we’re doing nothing about it

Despite Trump, the world must act with urgency to address hottest years on record

EDITORIAL: President claims to champion Obamacare's top benefit while trying to kill it

With the blizzard of lies President Donald Trump regularly spouts, it’s impractical to correct him every single time he distorts the truth. Bu…