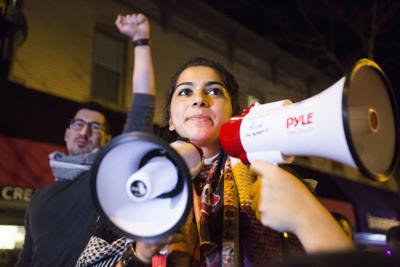 Back in 2013 when Republican lawmakers were trying to boot the Wisconsin Center for Investigative Journalism from the UW-Madison campus, GOP leaders cited the center’s funding as a concern. It had received more than $500,000 from the Open Society Institute, which was founded by George Soros, a billionaire philanthropist who supports liberal political causes.

Can you imagine the outrage on campus, top Republican leaders told our State Journal editorial board at the time, if a campus organization were getting money from the conservative Koch brothers?

No need to imagine anymore.

The Center for the Study of Liberal Democracy, which promotes civil discourse and intellectual diversity on the UW-Madison campus, gets some of its funding from the Charles Koch Foundation. And it’s doing just fine on campus. It sponsors an essay contest, a First Amendment conference for school principals, and public events to spotlight free speech. Significantly, that includes bringing conservative speakers to the state’s flagship campus, which Republican lawmakers often deride as too liberal and intolerant of conservative views.

Last month, the center hosted a debate about Trumpism between conservative thinkers Max Boot and Stephen Moore at the Fluno Center. Tonight at 7 p.m. at Ingraham Hall, the center is promoting a lecture by conservative columnist Jonah Goldberg about political tribalism. Goldberg’s syndicated column appears in the State Journal.

“We have plenty of support from different political stripes, protecting free speech,” said Richard Avramenko, director of the center and a political science professor.

The center held a controversial speech by Charles Murray in 2017, drawing a small group of protesters who chanted outside the Madison Club and pulled a fire alarm to try to disrupt the event. But Murray finished his talk. Avramenko said he welcomes and appreciates protesters — so long as they don’t trample over the First Amendment rights of others.

“I always go and tell them, ‘Hey, we’re in here theorizing your right to do this. I’m glad you’re out here doing this,’” he said.

Asked if free speech is in danger at UW-Madison, Avramenko replied: “I do not. I think it’s under assault. But I don’t think it’s in danger.”

Despite some students seeking to shut down speech they disagree with, Avramenko says the bigger threat is from mid-level administrators. They aren’t well-versed in the meaning and importance of the First Amendment, he said, so they go too far in stifling speech deemed hateful. But Avramenko supports the UW Board of Regents policy of disciplining students who substantially and repeatedly disrupt the speech of others — something that hasn’t had to be enforced at UW-Madison so far.

Just as George Soros doesn’t tell the Wisconsin Center for Investigative Journalism what or how to report its news, the Charles Koch Foundation is “very hands off with us,” said Scott Mobley, associate director of the Center for the Study of Liberal Democracy.

“If you look at their mission statement,” Mobley said, “it’s very ecumenical.”

Mobley said he’s shown people side-by-side printouts of the mission statements for both the Koch foundation and the Soros foundation: “I said, ‘Which one is which? Can you tell me?’ People can’t.”

So relax, Republicans. Any liberal bias on campus is “not nearly as bad as you think,” Avramenko said. And breathe easy, Democrats, when conservatives are invited to speak to student groups in Madison. The center’s work shows that diverse views are welcome on campus, and most students are smart enough to think for themselves.

Jonah Goldberg: Shaking down the rich is bad for democracy

Forget whether the math works. (It doesn’t.) Expecting billionaires to pay for all the nice things is bad for democracy.

Center Stage: Is free speech on the UW-Madison campus in danger?

On this week's political podcast, Milfred and Hands play audio from and comment on the debate at UW-Madison between President Donald Trump booster Stephen Moore and never-Trumper Max Boot. Free speech on campus is "under assault but not in danger," according to Richard Avramenko, UW's director of the Center for the Study of Liberal Democracy. UW Chancellor Rebecca Blank phones into the podcast to defend free speech on campus.

A collection of recent cartoons from the desk of Wisconsin State Journal editorial cartoonist Phil Hands.

A number of bills to combat homelessness passed the Assembly with broad bipartisan support. Unfortunately, the measures were never voted on in…

Hands on Wisconsin: Vaping or cigarettes -- a deadly choice

Vaping was once considered a safer alternative to smoking, but recent illnesses and deaths by young people who vape and changed that perceptio…

Hands on Wisconsin: Senate Republicans are a bunch of snowflakes

The Wisconsin Badgers welcome the Iowa Hawkeyes to Camp Randall Stadium on Saturday.

Oscar Fox gets excited for new direct flights from the Dane County Airport in this week's Mendota Marsh.

Milfred and Hands go in search of free speech on campus in the latest episode of "Center Stage," the State Journal's political podcast from the sensible center of Wisconsin politics. Listen on your favorite podcasting app or go to:

Those of us in Generation X, and in the generations before, didn’t throw “gender reveal parties.”

Senate Democrats have blocked the Republicans’ long-delayed plan for additional coronavirus aid, raising the prospect that Congress will provi…

OUR VIEW: The Madison City Council must do more to help smashed and looted stores

Kenosha cops weren't wearing cameras. Neither do Madison police. That needs to change.

OUR VIEW: Body-worn cameras are key to seeing what really happens 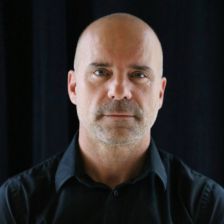 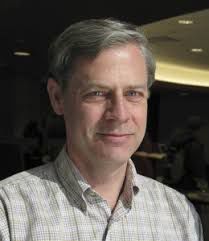