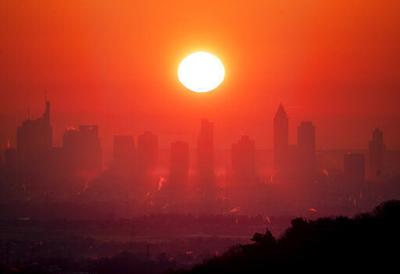 New data released last week — ironically, by the climate-change-denying Trump administration — show that the last decade was the hottest since such recordkeeping began in 1880, and that 2019 was the world’s second-warmest year in that same period. (The hottest was in 2016.)

This news is less a surprise than it is an affirmation of the known: By burning fossil fuels for energy, people are radically altering the habitability of the planet. It’s too late to avoid the effects of climate change, which are already on us, but if we hope to forestall the most devastating consequences, we must take immediate and concerted action to put the brakes on what seems more and more to be a runaway train.

Yet the world dithers. President Trump’s legacy of black marks will be led by his abject refusal to recognize the science of climate change, and his decision to expand the kinds of policies that created and are exacerbating this terribly urgent problem.

Blame also falls on his supporters who deny the problem, or, worse still, those who recognize it but worry more about the short-term economic or political costs of addressing climate change than about the future costs of inaction.

Without action, we can expect rising seas to wash out more than a $1 trillion worth of buildings and infrastructure in the United States alone. Bigger and more powerful storms, hurricanes and wildfires will devastate communities around the world. Worsened droughts and flooding when combined with localized temperature increases will make portions of the Earth all but uninhabitable for humans.

Just over four years ago, the world’s nations met in Paris and agreed to take steps to try to hold the rise in global temperatures to 1.5 degrees Celsius above preindustrial levels, which scientists said was critical if we were to avoid the worst effects of global warming. But little progress has been made.

In fact, global greenhouse gas emissions hit a record high last year. Instead of working to protect the planet by making the agreement stronger, Trump has moved the United States in the opposite direction, to its shame, and has begun the process of withdrawing from the agreement.

The Democratic contenders to unseat Trump in the 2020 election all recognize the overwhelming significance of climate change and have laid out plans for ratcheting back emissions. Yet none of those proposals are sufficient to address a problem that is getting worse faster than scientists realized just a few years ago. Nor has the issue received the global attention it demands.

Yes, there are popular campaigns and some governments that have made efforts to roll back their emissions, and in some cases, there’s been real progress (Costa Rica, for instance, generates nearly all of its electricity using renewable resources, primarily hydroelectric plants). Yet they are far from sufficient.

Global warming is neither a scientific abstraction nor a future event that we can ignore. We must act now, and with urgency, to address it. Because there is no other acceptable option.

EDITORIAL: Madison is in the pilot's seat to land F-35s

Americans love to air their grievances — over big issues and slight infringements.

Homeless shelters get money, now lawmakers should focus on prevention

OUR VIEW: The Senate is still sitting on 7 bills

to prevent the misery of homelessness

Trump breaks his promise by piling up debt

OUR VIEW: The president's failed leadership has led to a $1T budget hole, $23T in debt

The problem with Bernie Sanders goes beyond the 's' word

The most frequent knock on Bernie Sanders’ bid for president is that he’s a socialist.