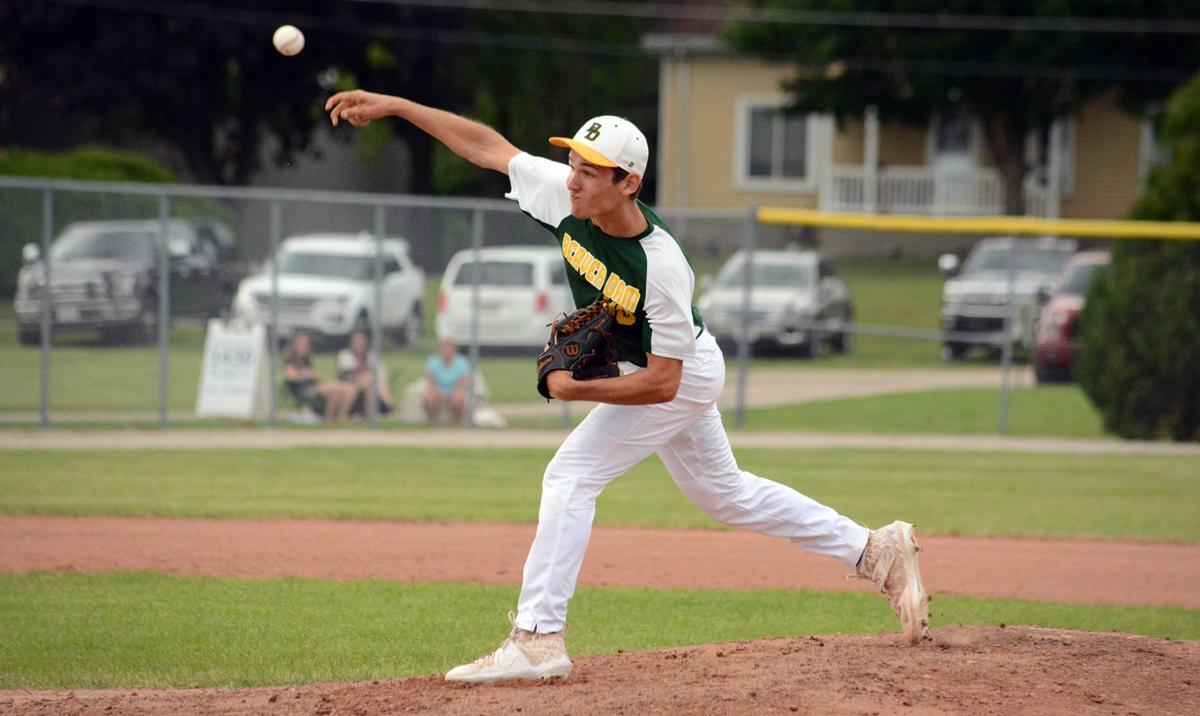 Alex Soto is one of Beaver Dam's top returning pitchers and his experience on the mound adds to the mix of reasons the Golden Beavers are optimistic they can contend for the Badger North Conference title this spring. 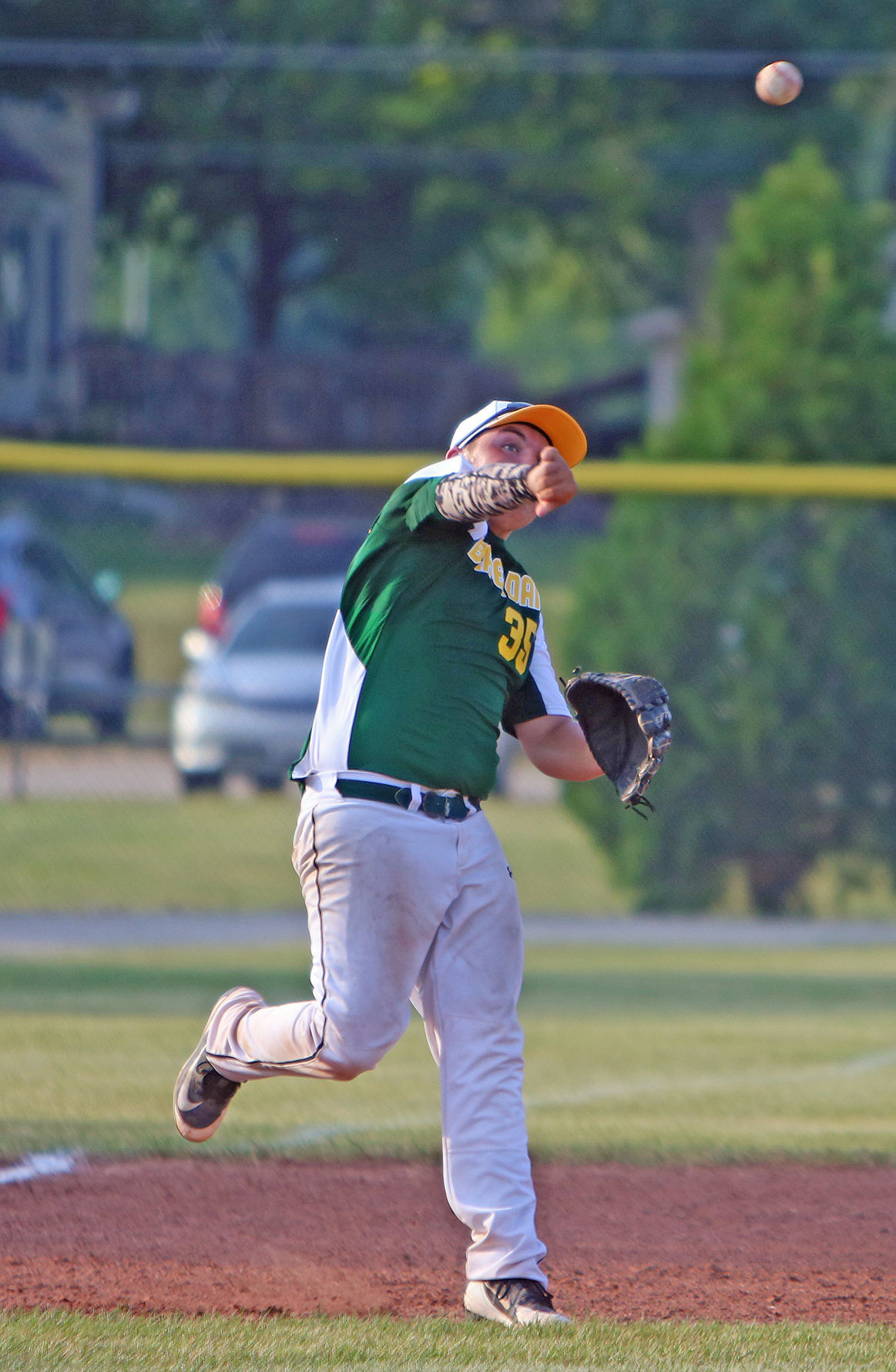 Beaver Dam third baseman Griff Wickund is one of three seniors for this spring's Golden Beavers, who have a depth of juniors and underclassmen and have their eyes set on it being a succesful 2021 campaign.

Coach Nate Wilke said when the Beaver Dam prep baseball team takes the diamond at Appleton East Saturday afternoon, it will be business as usual to start the 2021 season.

That’s because he believes the Golden Beavers have a talented ballclub full of athletic playmakers. That bodes well as the Badger North Conference is returning to normal after a fall and winter of strictly non-conference games due to the COVID-19 pandemic.

“For us, it’s back to normal. Our goal is to win a conference championship and that’s what we’re telling the kids,” said Wilke, who acknowledged he has a big junior class that will ideally get their feet underneath them quickly. “We’re very athletic. We can run a lot. I think, defensively, we’re going to be able to cover a lot of ground. I think we can compete. I think Waunakee and DeForest will be No. 1 and No. 2, but I would hope we can compete with both of them.”

Saturday will be the first time the Golden Beavers take the diamond at the high school level since 2019, as the pandemic caused the cancellation of the 2020 season.

The Golden Beavers did have a couple months during the summer to lace up the cleats, throw on the gloves and compete with teams around the area in games spearheaded by Waupun coach Derrick Standke.

“We had that little season, but it’s not quite the same where you’re practicing everyday with the kids,” Wilke said. “All winter, we started hitting with the kids in February, but it was fun. The three coaches were out there every night. Usually we took shifts, but I think everybody was happy to be out there and be around the kids. The kids are fired up, especially the seniors. They’re thankful they get an opportunity to play again. I’m really looking forward to every season. Coming to every practice is fun to be at.”

That senior class is a small group that includes Wes Biel, Griff Wicklund and Kyle Wheeler- Wood. That puts a lot of emphasis on a junior class led by Alex Soto — who injured his left shoulder against Whitnall in Week 3 of the alternate fall football season this spring.

“Since the kids have been younger, we’ve seen this group coming up and know they’re very talented,” Wilke said of the juniors. “I think we’re going to be very athletic. I think we’ve got a lot of pitching this year.”

Wilke said as many as nine Golden Beavers make up the pitching staff, which is led by Biel, Soto, junior Logan Thomas and sophomore Dealen Johnson. Other players that could see time on the mound will be Evan Sharkey, James Westover and Nate Tisdale.

Soto has been cleared to play by his doctors and expects to start when the season begins. Biel will also be one of Beaver Dam’s top starters, while Wilke said Johnson’s velocity will keep teams on edge.

“He’s probably the hardest thrower we’ve had for quite a few years,” Wilke said of Johnson, a utility player who will also see time in center field and the infield. “I think he’s going to be very good. Dealen throws low 80s — 82 or 83. I think he’s only going to get bigger and stronger.”

The new season does bring some challenges, however. The alternate football season has made it tough for Wilke because some of his baseball players, like Biel and junior Ben Scharfenberg, play for the football team. So Wilke’s only getting an hour of practice time with them before they head over to the football field.

“We’re trying to fly through everything, trying to give them a lot of at-bats so they’re used to seeing and hitting the ball,” Wilke said. “There’s little details that we are trying to catch up on.”

That practice time is needed because, even though they had that summer league, the daily grind of baseball is crucial to keep skills fresh. At times last summer, routine plays — like a grounder to first where the pitcher needed to cover the base — were misplayed.

Wilke said he’s had to work on fundamentals more this spring than in normal years.

“That’s all stuff where some of the kids were kind of seeing it for the first time,” he said. “We’ve had to reteach a lot of that stuff.”

To top it off, while teams like Beaver Dam and Waunakee are having to share players with the football team, Portage, Baraboo, Reedsburg and Sauk Prairie all played football in the fall. That’s allowed them to focus all their energy on baseball for the last three weeks.

Waunakee, which the Golden Beavers were scheduled to play twice this week, also pushed their season back until after the alternate football season is complete.

“The whole thing isn’t ideal, but at least we’re playing,” Wilke said. “We’re thankful for that. For the seniors, I’m glad they get a football season, but I know every Friday night I’m cringing whenever one of our baseball guys get the ball or gets tackled. With Alex Soto getting hurt, that’s the fear that you’re not going to be fully healthy when football is done.”

WAUPUN — If there’s anything that senior Wyatt Paul has taken away from his last school year at Waupun High School, it’s that just five minute…

Alex Soto is one of Beaver Dam's top returning pitchers and his experience on the mound adds to the mix of reasons the Golden Beavers are optimistic they can contend for the Badger North Conference title this spring.

Beaver Dam third baseman Griff Wickund is one of three seniors for this spring's Golden Beavers, who have a depth of juniors and underclassmen and have their eyes set on it being a succesful 2021 campaign.