Editor's note: This is the last in a four-part series on Randon Dauman's baseball journey from high school star to dropping out at NCAA Division I Ohio University to two years later making it back to the Div. I level at St. Louis University.

Once Randon Dauman dropped out of Ohio University in October of 2018, he knew the stigma that would come with that decision.

The former ace pitcher for the Columbus prep baseball team, a sought-after NCAA Division I recruit during his freshman and sophomore year before committing to Ohio in July, 2016, said he knew people from his small town of nearly 5,000 were going to see him as a college dropout — a stud athlete who fizzled out once he got to a big-time college program.

Dauman said in the short time he was home, word got out he left school and rumors were swirling. He was constantly asked why he left in a way that made it seem like he gave up on his dreams of becoming a DI pitcher and eventually making it to the major leagues.

That wasn't the case, though. His decision to leave Ohio was just a road block on his journey, and that stigma of being a quitter formed a Grand Canyon-sized chip on the 18-year-old Dauman's shoulders.

“It pissed me off," he said during an interview last month, "and you guys truly don’t know me.”

He set out to prove he was capable of being not only a great baseball player, but someone worthy of honoring the Dauman family name.

That’s why when he signed with St. Louis University, a member of the Atlantic 10 Conference, a month ago — he made the announcement via Twitter on May 23 — it felt like a weight was lifted off his shoulders.

He accomplished what he set out to do, and he was no longer a Division I college baseball dropout — in anyone's eyes.

“I think he didn’t want to make the same mistake twice,” said Harry Torgerson, the coach at Triton College — a junior college in the Chicago suburb of River Grove, Ill., where Dauman played in the fall of 2019 and this past spring before the Trojans season ended in mid-March because of the COVID-19 pandemic. “From that standpoint, that’s what he wanted out of this situation. I know it might be in the back of his mind that he wanted to go to a power five conference (ACC, Big 10, Big 12, Pac-12, SEC), but he felt that with some of the guys on the roster and from an educational standpoint (and with the circumstances surrounding this) crazy COVID-19 (pandemic and) what’s going to happen with these rosters, I think he felt (St. Louis) was going to be a good situation for him.”

Once the COVID-19 pandemic took hold, Dauman saw the number of interested DI schools drop from about 21 down to just a handful.

But Dauman, who is a very spiritual 21-year-old, used his faith to help guide him towards a future at St. Louis.

“I’m a firm believer in God and he has a plan for you,” Dauman said. “If it’s something where it’s going to be me going against someone or if it’s something I can personally handle, then it won’t stop me.

“An outside factor, like a pandemic, I can’t do anything about that.”

Dauman said he went with his gut on why he committed to St. Louis. Putting himself in the best position for success on the diamond was a big part of it, but the driving force was being able to play with three of his best friends (Colten Schild, Sean O’Brien and Scott Youngbrandt) from the time they were all about 12 years old.

Dauman's mom, Mary, is also happy Randon doesn’t have to go through the intensity of recruiting anymore. There would be some nights she couldn’t get Randon to say anything because different coaches would spend roughly three hours a night trying to talk to him.

It took a toll on him.

“He was all talked out,” she said.

Randon said the recruiting game is a tight rope for young athletes to walk  because they're teenagers still trying to figure out what's best for their future, and a lot of times college coaches are telling them what they want to hear and not necessarily what they need to hear.

“You have to be able to decipher that. People say, ‘Man, you can get picked up for putting the ball where ever you want — you don’t have to throw x-amount per hour,’” Randon said. “In all honesty, you need to have that velocity just to get looked at, then you have to have the tools on top of that. I can bring insight and experiences that not many other people can, and teach the younger kids, and teach the right way of going about it.”

That’s why he started using his own Instagram account (randon_dauman22) to share posts on his college journey as well as tips for high schoolers on navigating the recruiting process.

“That’s a huge thing. This might be ambitious of me. There’s so much potential in people that have the stage given to them or they’re on that stage and they don’t give back or they don’t help where they could,” Dauman said. “You’re not obligated to by any means, but I want to use the little stage I got to help that kid that’s going through what I went through or just trying to make it to the Division I level or just trying to chase his dreams.

"People really don’t know how to guide, I feel like. You always hear from the parents, but you want to be able to relate to someone. I want to be that guy that kids can reach out to and be like, ‘Hey, I’m going through this. What approach should I do?' Or just give simple advice."

In a two-year span — a span that he said feels like it lasted 12 years — Dauman had to go through the heartache of dropping out at Ohio and starting back at square one, to then powering through two years worth of credits (68) in a year's time in community college in order to land back in Division I college baseball at SLU.

“I aged quick. I had to grow up,” he said. “It wasn’t like I was ever immature in high school. I was pretty cone-visioned, but I grew up pretty quick compared to how my peers did. You go through a lot of emotion being this respected athlete to a college dropout. No one cares what I do. I had to prove myself.”

His old coach at Columbus, Bob Jansen, never doubted Dauman would eventually land back on his feet.

Dauman is currently spending the rest of the summer in the Houston suburb of Montgomery, Texas, training for a second straight year at Ron Wolforth’s Texas Baseball Ranch before heading off to SLU in mid-August.

His fastball is currently topping out at 94 mph, he said.

And that green Ohio University lanyard — the last thing he bought while still attending the school in 2018 — that he kept with him these last two years as motivation has been retired.

In its place is a new blue St. Louis University lanyard.

Randon Dauman with the Tirton Trojans

Tuesday: Making his way back to Division I baseball

April 18, 2015 ― Randon Dauman gets his first start on the mound for the Columbus High School varsity baseball team, striking out 13 batters i…

Editor's note: This is the third in a four-part series on Randon Dauman's baseball journey from high school star to dropping out at NCAA Divis…

Editor's note: This is the second in a four-part series on Randon Dauman's baseball journey from high school star to dropping out at NCAA Divi…

Editor's note: This is the first in a four-part series on Randon Dauman's baseball journey from high school star to dropping out at NCAA Divis… 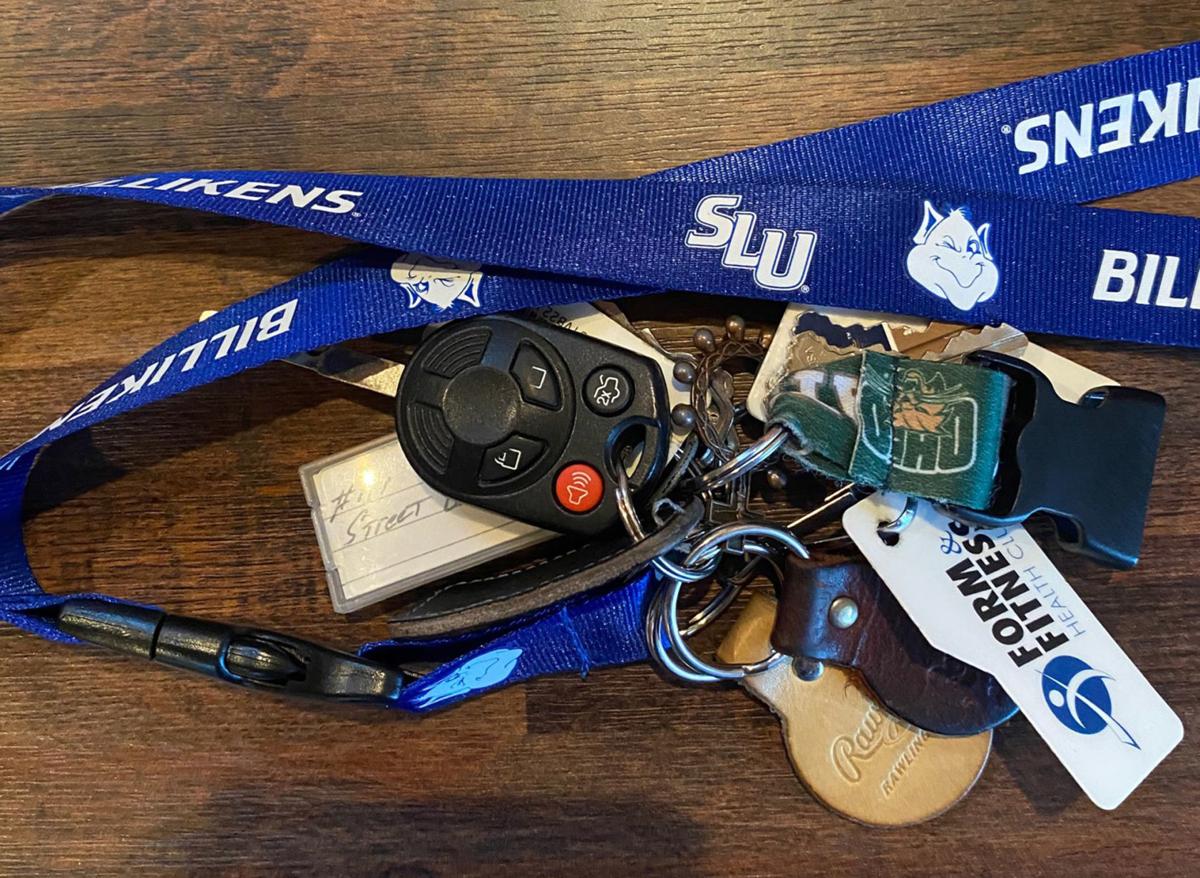 Incoming redshirt freshman Randon Dauman decided to buy a St. Louis University lanyard when he was headed down to the Texas Baseball Ranch to train this summer before he heads off to St. Louis in the fall. This was to replace the Ohio University one he had kept the last two years as motivation to get back to NCAA Division I college baseball after dropping out at Ohio in the fall of 2018. 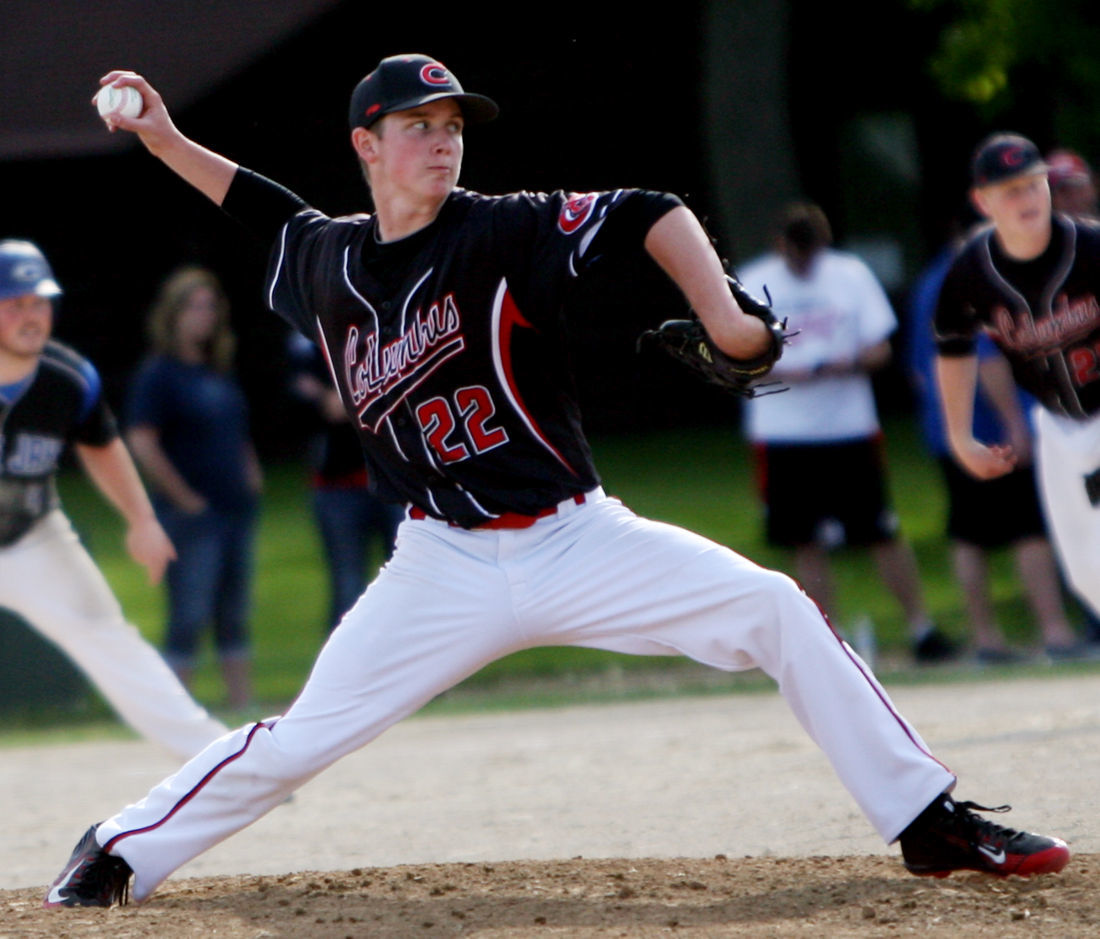 Columbus' Randon Dauman averaged 12.42 strikeouts for every five innings he pitched throughout his high school career before graduating in 2018.