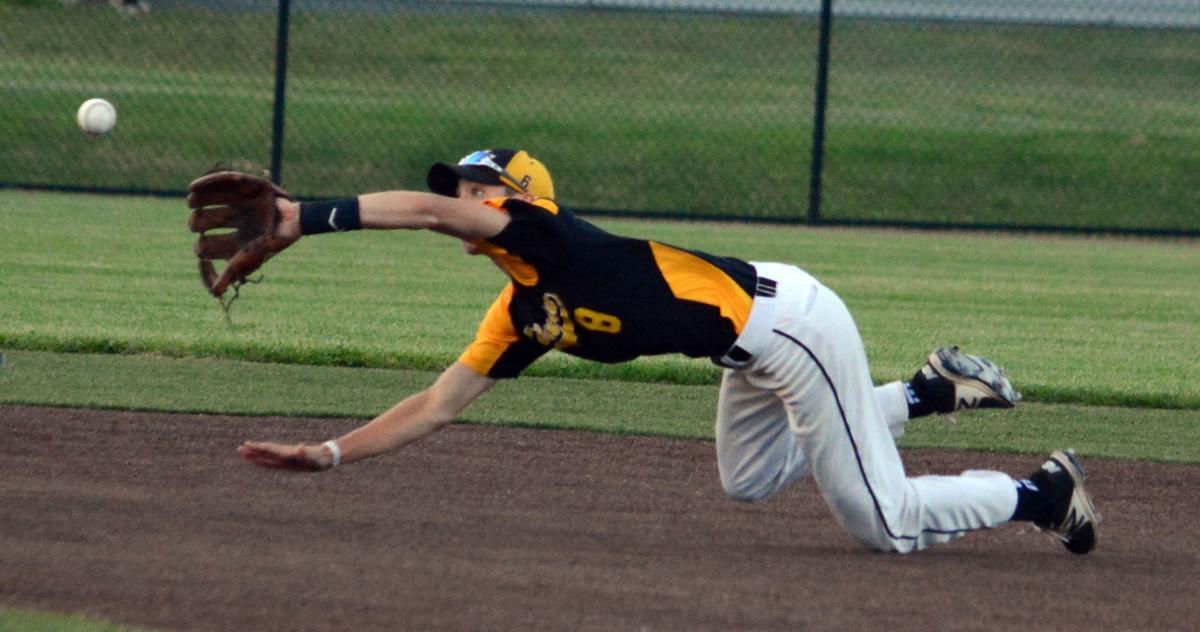 Waupun second baseman Austin Wiese makes a diving catch for the second out of the third in in Wednesday's Badgerland Summer League game against Mayville, at Gus Thompson Field in Waupun. 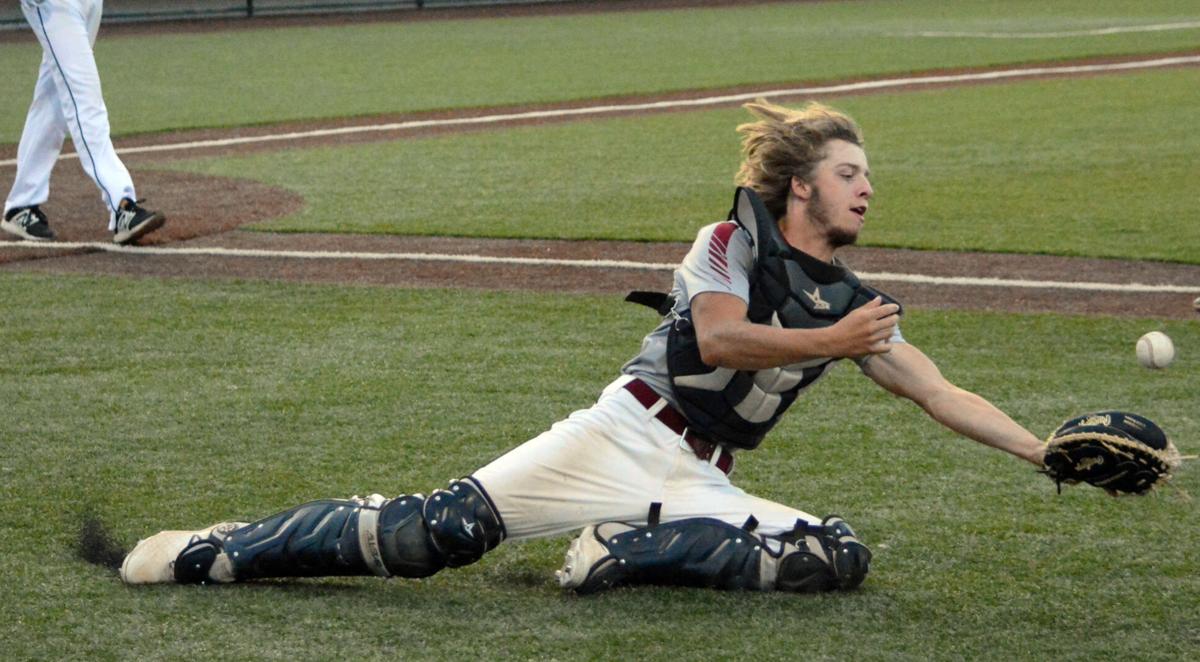 WAUPUN — Getting the nod on the mound against Mayville in Wednesday’s Badgerland High School Summer League game for Waupun pitcher Noah Gerritson was a prove-it moment.

The last time Gerritson started against this group of guys, he lasted 1⅔ innings, giving up six runs (none earned) off of two hits and two walks over at Mayville very early in the season.

So before the two met Wednesday night, Gerritson told Waupun coach Derrick Standke he wanted to pitch. Standke conceded and Gerritson proved his coach’s decision to be a good one by throwing six innings with eight strikeouts while giving up one earned run off of four hits and three walks, leading the way to a 6-1 victory.

“The first time we saw him, he lacked control,” Mayville coach Pat McFadden said. “He walked a lot of us, got into a pinch, hit a couple batters, but this time, you could see now at the end of the season his confidence was there. He was throwing very well.

“Credit to him, he pitched six innings on us. That’s six strong innings and he did a very good job.”

Gerritson let up just one hit, which was a single to right field by Trent Zimmer in the second, through five innings.

“Hats off to Noah, he was able to throw his pitches for strikes for the most part,” Standke said. “It’s hard for him in the spot that he is in because we were switching guys in and out, defensively. We switched catchers on him. For him to battle through that mentally was good.”

Not only that, but Gerritson also had a double to right center in the sixth inning, so he found redemption on the mound and at the plate.

Zimmer went 2-for-3 to lead Mayville at the plate, and Hunter Herpel, who reached with a one-out double to right field, eventually scored Mayville’s only run of the game off a wild pitch in the sixth inning.

“We couldn’t string hits together,” McFadden said. “We had hits or we had a walk here and there, or they made a mistake, but we couldn’t capitalize.”

That was not the case for Waupun, which had seven different batters record hits and Trent Ferris, Tyler Fromolz, Levi Kastein and Drew Sauer each had an RBI. Cole Hicken had two RBIs –- the first one was an RBI single to left to make it 2-0 in the fourth inning, and the second one was a sacrifice fly to right field that brought in Sauer to make it 6-0 with two outs in the fifth.

Waupun put up two runs in the fourth and three in the fifth for the bulk of the damage.

“Hitting is contagious,” Standke said. “We started slow and you saw that. We had one run through the first couple of innings. We didn’t really hit the ball hard, but in the middle innings we started hitting the ball a little bit harder.”

Even though Mayville lost, McFadden said he was pleased with how his young pitchers, sophomores Ty Hockers and Reilly Nadolski, performed.

“The idea was to bring in the younger guys and have them pitch an extra game or two here,” McFadden said. “Having Ty Hockers pitch the number of innings he did and only give up three runs, and Reilly Nadolski come in, (was great). He hasn’t pitched for me all year, he pitched for me in the lower level all season. He pitched very well. I was very happy with those two guys.”

Waupun second baseman Austin Wiese makes a diving catch for the second out of the third in in Wednesday's Badgerland Summer League game against Mayville, at Gus Thompson Field in Waupun.