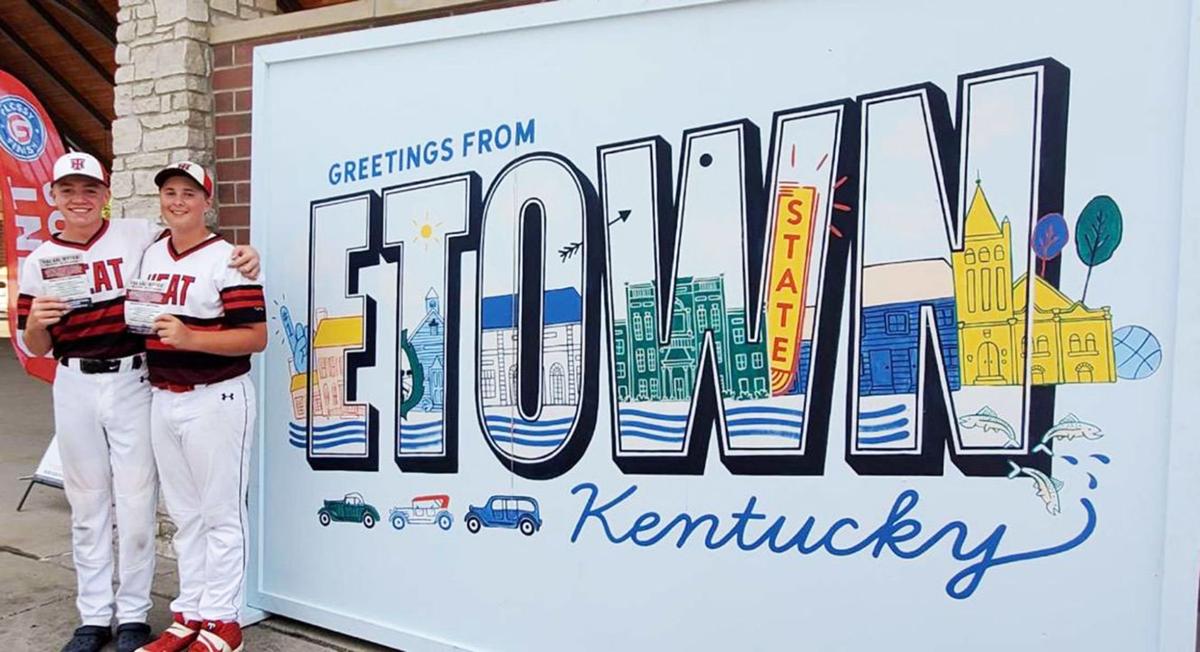 Jackson Drobac, left, and Ethan Soldner, right, are both members of the 14-and-under Team Heat that participated in the 2020 Division 3 Youth World Series in Elizabethtown, Kentucky from July 23-26. They both performed so well they were voted by opposing coaches to the all-tournament team. 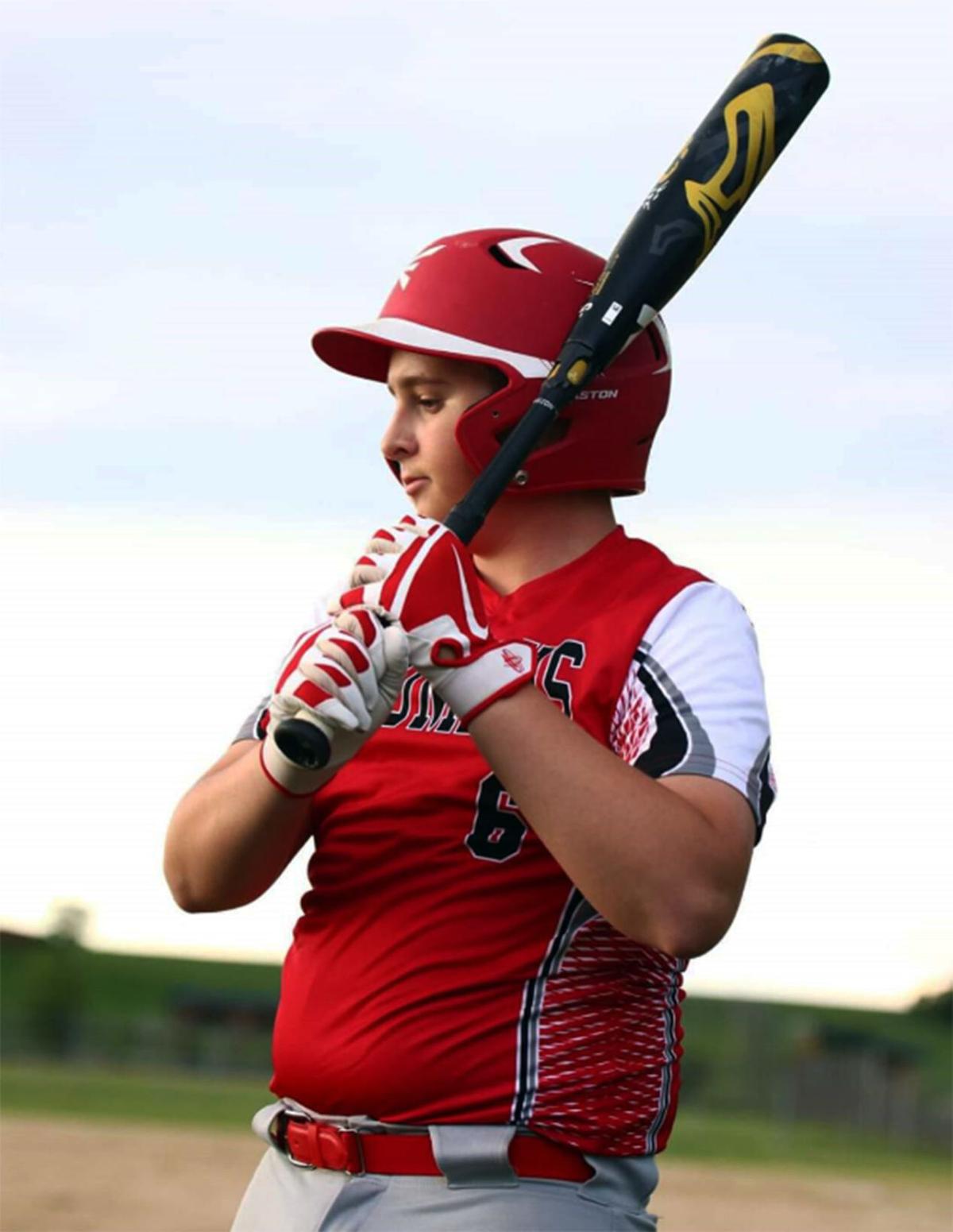 Team Heat's Ethan Soldner had a .667 batting average and a .750 on-base percentage during the 2020 Division 3 Youth World Series in Elizabethtown, Kentucky. The tournament was from July 23-26.

COLUMBUS — Ethan Soldner knew for quite a while that his 14-and-under Team Heat baseball squad was going to participate in the Division 3 Youth World Series in Elizabethtown, Kentucky.

So in order to prepare himself for some stiff competition, the 14-year old southpaw pitcher started lifting weights a month beforehand. The workouts proved fruitful, as he helped Team Heat go 3-0 in pool play and 2-2 to finish third in the double-elimination tournament.

Ethan’s father, Adam Soldner, said pitching stats were not available from the tournament, but did say his son had a .667 batting average and had .750 on-base percentage.

The coaches from the seven other teams took notice of Ethan’s play and voted him on the Division 3 all-tournament team.

“When I was in 12U, I got MVP for a game,” Ethan said. “For me, that was the first personal award I’ve ever gotten. I was really excited about that. The all-tournament team (in Kentucky), it’s really exciting when you … have personal success for the team.”

Coaches from opposing teams learned real quickly how hard it would be to face Ethan as well. In the first game of pool play, Team Heat played against Michigan’s Midwest Sluggers. Team Heat struggled early and found themselves in a 5-2 hole before Ethan was brought in to pitch in the third inning. Adam said his son pitched a flawless inning and turned around and got a big hit the next inning to help his team rally for a 12-8 victory.

“It seemed like the whole game kind of changed when he came in,” Adam said. “He has a very calming, commanding presence when he’s up on the mound. … The team feels more confident around him.”

Ethan, who is normally a relief pitcher and only pitches around two or three innings a game, agreed that his team gravitates towards his demeanor on the mound.

“When I come in, I just try to slow everything down,” he said. “I’m just really calm as a pitcher.”

With Ethan not throwing as hard as some others his age, he likes to use his change-up and curveball more to pitch on the corners of the strike zone.

Ethan said there were a couple games he pitched where he didn’t allow a run. He also went 2-for-2 at the plate in a win over the Raptures in pool play.

“I feel like he’s someone who thrives under competitive circumstances,” Adam said. “He’s very competitive. He’s a good sportsman, but he likes competition. To me, he rises to the occasion. He doesn’t let the stress or his nervousness of the situation really get to him.

“He’s always been a natural athlete. He’s always had a knack for flag football, or youth baseball, of being able to track the ball. No matter how high it was or how fast it was going, I was amazed by it. I would take him at 6 years old, and throwing balls as hard as I can, and he’s tracking them down, running them down and making the catches. I think he has a natural inclination to it, and he works very hard. He puts in a lot of time.”

Ethan was busy this summer. He played in eight tournaments and also played for a 14U recreational baseball team in Columbus this summer. Playing for two baseball teams during a summer isn’t new for Ethan, who has been doing it since he was 9 years old.

And it’s been quite the summer. The current COVID-19 pandemic has forced many of the tournaments Ethan would’ve played in to be cancelled, but he still found a way to play before the Youth World Series.

Adam believes this summer’s work will help his son come next spring, when the Cardinals host tryouts for the varsity and junior varsity baseball programs. In fact, Ethan said he hasn’t timed his fastball since he started working out this summer. He wants to work out a few more months before he does that, but Adam and Russ agreed the results show in his performances.

“He’s special and he really uses that to his advantage,” Adam said. “He’s that lefty who can be brought in to throw people off. With Columbus historically having pretty good teams, he’s going to be a real great contribution eventually to the varsity team.”

Jackson Drobac, left, and Ethan Soldner, right, are both members of the 14-and-under Team Heat that participated in the 2020 Division 3 Youth World Series in Elizabethtown, Kentucky from July 23-26. They both performed so well they were voted by opposing coaches to the all-tournament team.

Team Heat's Ethan Soldner had a .667 batting average and a .750 on-base percentage during the 2020 Division 3 Youth World Series in Elizabethtown, Kentucky. The tournament was from July 23-26.