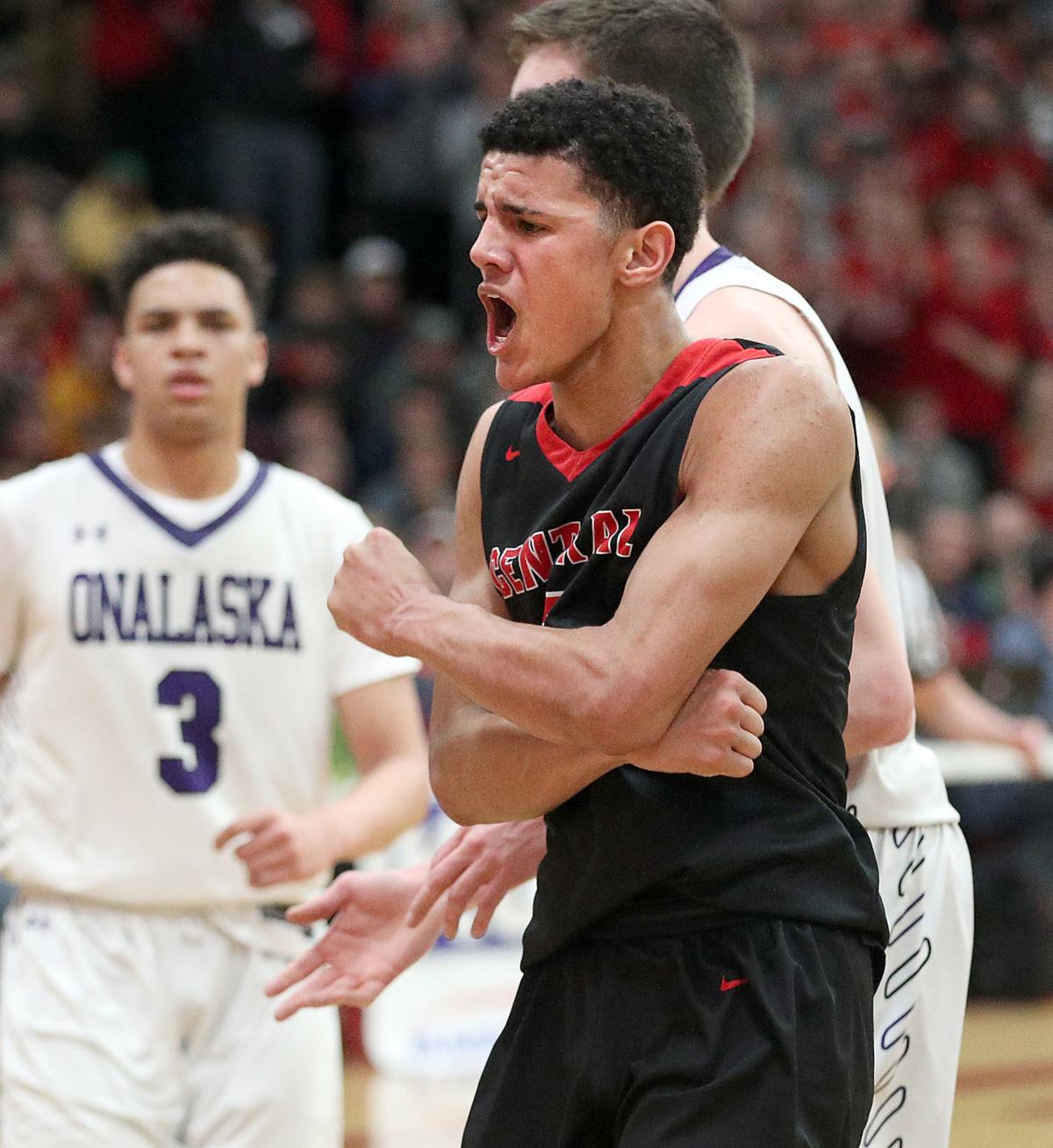 La Crosse Central's Johnny Davis celebrates during a game against Onalaska during the 2018-19 season. Davis, a Wisconsin recruit, is this year's Associated Press boys basketball player of the year in the state. 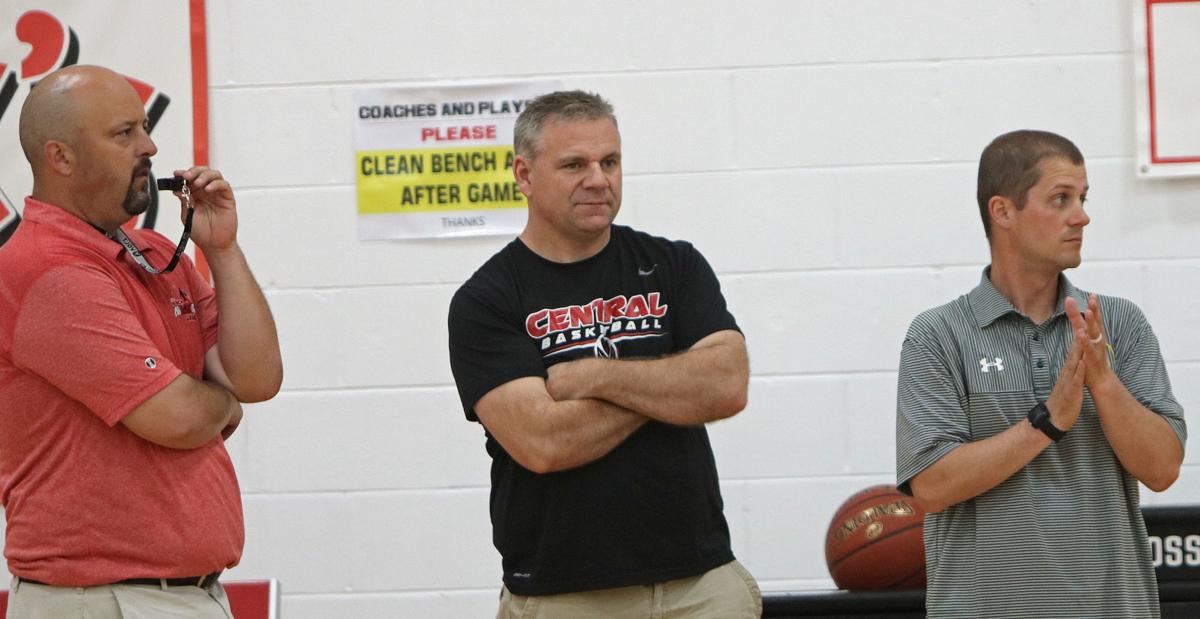 The University of Wisconsin commit didn’t get the chance to make that happen, but it was through no fault of his own. Davis helped Central beat the state’s No. 1 team in a sectional semifinal before the season was halted due to the COVID-19 pandemic.

The sudden end to the season left only individual awards to fill the space of what could have been a memorable exclamation mark on a career that ended with a 94-13 record and three appearances in the state tournament.

Davis, a 6-foot-5 forward, has been selected as the state’s player of the year by The Associated Press after averaging 27.2 points and 9.2 rebounds per game for the Red Raiders, who won a state title when Davis was a freshman and qualified for the state tournament the next two seasons.

He burst onto the scene as a contributing reserve on Central’s Division 2 championship team when he was a freshman and expanded his game from that moment forward. A natural rebounder, Davis became a much better passer and perimeter shooter later in his career.

“It’s not surprising to see what he has become,” said Central coach Todd Fergot, who Beaver Dam coach Tim Ladron picked as one of his assistants when Ladron was chosen to coach the Red Team at last June’s Wisconsin Basketball Coaches Association Division 2 All-Star Game.

Davis committed to the Badgers last summer, and there’s an obvious reason Fergot foresaw this kind of future for him. “You have to have a certain level of natural talent,” Fergot said, “and he certainly has that.

“And if you look at the top players in the state by class, you have a group of 20 or so you would consider for that when they are younger, say as a freshman. But then you really have to be committed to becoming the best, and Johnny did that.”

Davis and the Red Raiders finished their season with a 55-40 win over top-ranked Onalaska on March 12 in the sectional semifinals, then late that night the WIAA canceled the remainder of the boys and girls basketball postseasons due to the still-ongoing pandemic.

Long-time Cuba City coach Jerry Petitgoue and the Cubans were ‘oh so close’ to making history this year.

Cuba City was on track to not only claim its first state championship in 22 years but also to complete the first unbeaten season during Petitgoue’s 53-year Hall of Fame career before the WIAA canceled the season following the Cubans’ 55-48 win over Darlington in the D4 sectional semifinals.

For what he and his team accomplished prior to the season’s sudden ending, though, the 79-year-old Petitgoue, a retired history teacher with three state titles at Cuba City, has been picked as the AP boys basketball coach of the year.

“That is absolutely tremendous,” Petitgoue said upon receiving the honor for the first time in his career. “I’m humbled. I can’t tell you how much I appreciate this honor.”

The Cubans finished the season champions of the Southwest Activities League (SWAL) and undefeated overall at 25-0. They also spent the entire year ranked No. 1 in Division 4 by the AP and saw their coach’s career record improve 963-256, including 901-236 in 49 years at Cuba City

The fast-break driven Cubans averaged 81 points per game — ranking second in the state regardless of division — and played only two games decided by 10 points or less.

“We know in our hearts we would have been the state champs,” Petitgoue said. “You can carry that with you the rest of your life. In that respect, we tried to make a positive out of a bad situation.”

La Crosse Central's Johnny Davis celebrates during a game against Onalaska during the 2018-19 season. Davis, a Wisconsin recruit, is this year's Associated Press boys basketball player of the year in the state. 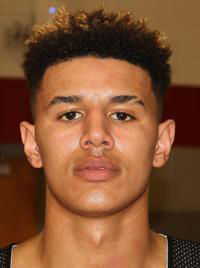 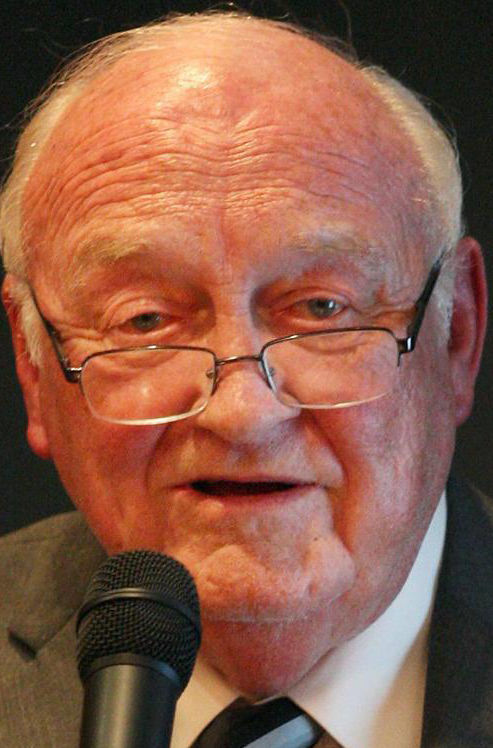