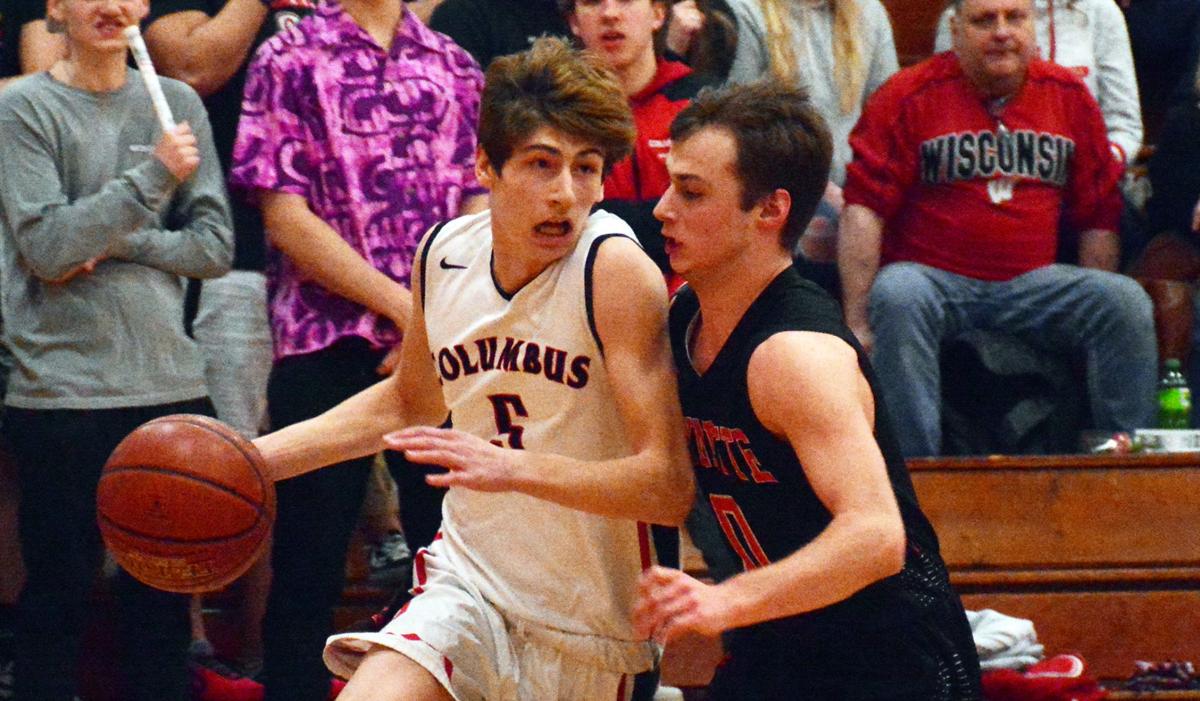 Columbus' Evan Anderson drives to the basket during the first half of a Capitol North Conference game against Poynette Feb. 13 in Columbus. 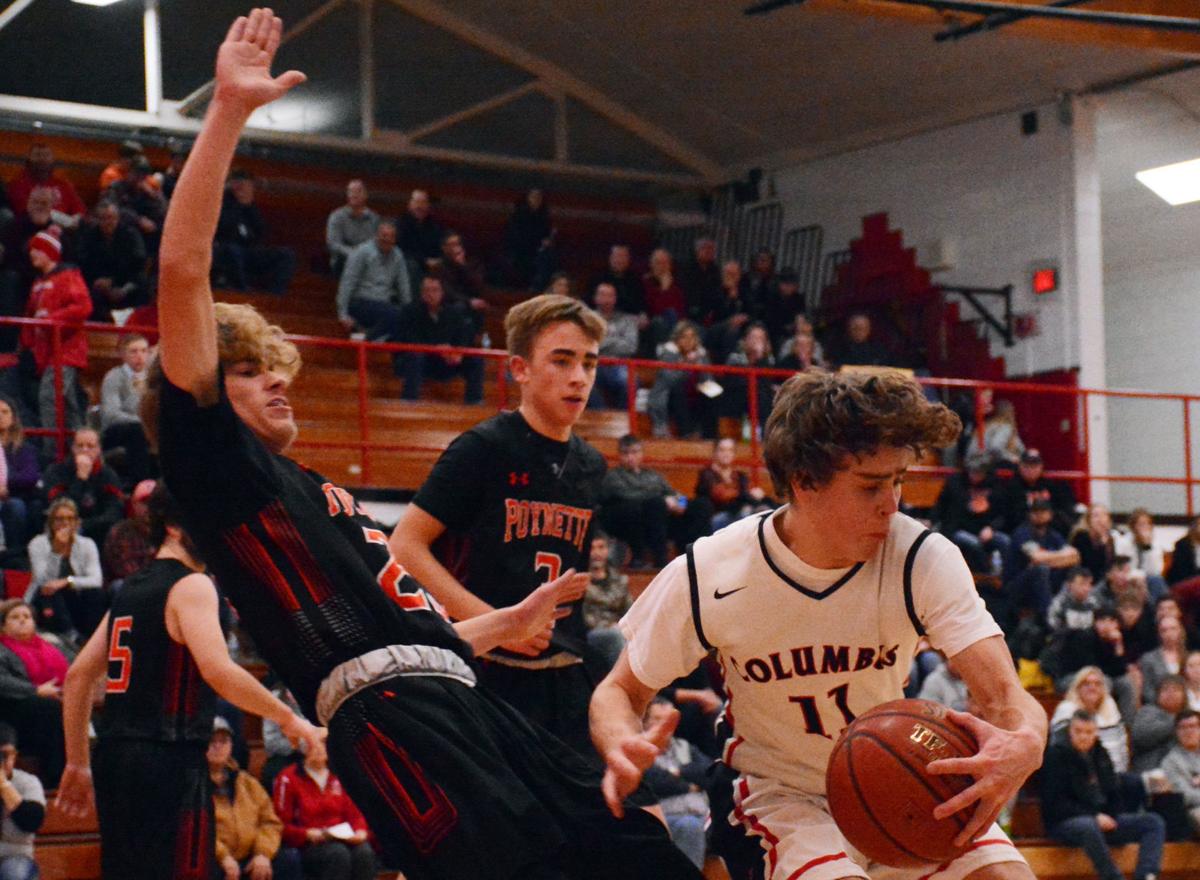 Poynette's Conner Peterson, left, draws a charge by Columbus' Alex Campbell during the first half of a Capitol North Conference game Feb. 13 in Columbus.

The Pumas matched everything thrown at them in the first half, but the Cardinals went on a 14-2 run to start the second half to run away with a 60-33 victory.

“We really preached at halftime to run the offense in a way that made it difficult for them to guard,” Columbus coach Ben Schambow said. “We set harder screens. We cut harder. We got to spots on the floor that are part of the offense and not random, made up spots. When you do that, obviously the offense is designed for certain shots and we were getting those shots in the second half.

“We told them at halftime, it’s a sign of a good team to make those halftime adjustments, take that coaching at halftime and apply it in the second half.”

On the other side, Poynette coach Cody Odegaard wasn’t pleased with how the Pumas came out of the locker room after trailing 22-16 at the break.

Columbus’ Will Cotter got a bucket in the paint 55 seconds into the second half that started the 14-2 run, which would put the Cardinals up 36-18 with 12:10 remaining.

Columbus’ Alex Campbell ended the long run with two foul shots at 12:30 before he stole the ball at half court for a layup just 20 seconds later.

Columbus’ Ben Emler led Columbus with a game-high 22 points. Both Cotter, Campbell and Ryan Schulte finished with six points apiece. Mason Carthew had his own 6-0 run that ended with 7:41 to go to put the Cardinals up 47-24.

“The one great thing about our team is we’re pretty balanced,” Schambow said. “Ben does get the bulk of the points typically, but on most nights we’ve got multiple guys on the floor who can knock down big shots, post up and score in the paint.

“Mason stepped up tonight. For a sophomore, he’s still trying to figure out his role on the team. … Tonight, he let the game come to him. He was able to capitalize and hopefully that makes him more confident.”

Schambow said Columbus has been playing good defense all year. In the first half though, Columbus (13-5, 6-1 Capitol North) allowed Poynette’s Nik Feller to score 12 of his team-high 19 points.

Feller only had seven points in the second half for Poynette (6-13, 1-5), and Schambow said it was the defensive adjustments his team made at halftime.

“He can get his shot off no matter where he touches it,” Schambow said. “We tried to make it a little more difficult in the second half for him to catch it. We tried to switch our defense up so he at least had to take tough shots instead of easier ones he got in the first half.”

Columbus' Evan Anderson drives to the basket during the first half of a Capitol North Conference game against Poynette Feb. 13 in Columbus.

Poynette's Conner Peterson, left, draws a charge by Columbus' Alex Campbell during the first half of a Capitol North Conference game Feb. 13 in Columbus.