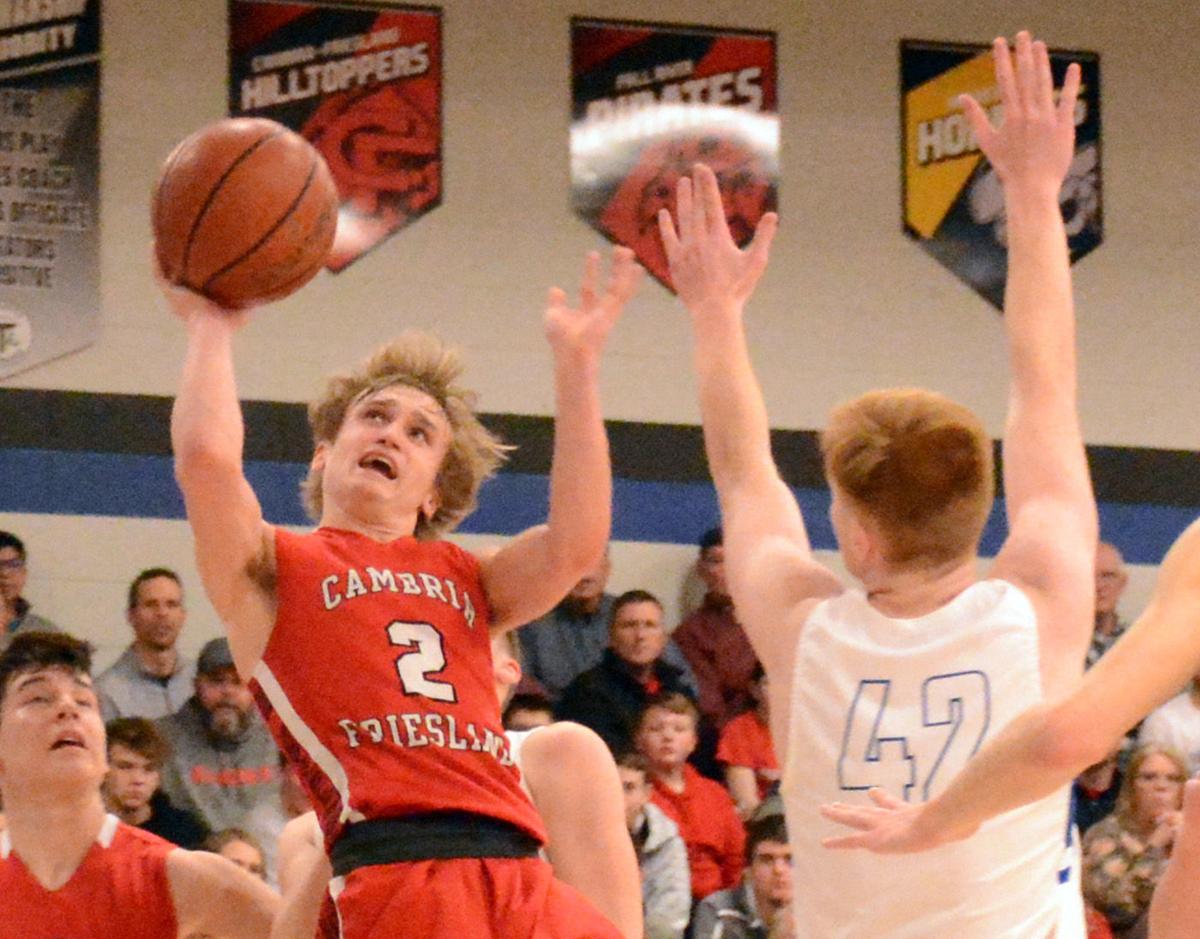 Cambria-Friesland junior Cade Burmania attempts a layup during the Hilltoppers game against Randolph on March 7 in the Division 5 regional finals. Burmania led the Trailways West Conference in assists this year at 5.7 per contest. 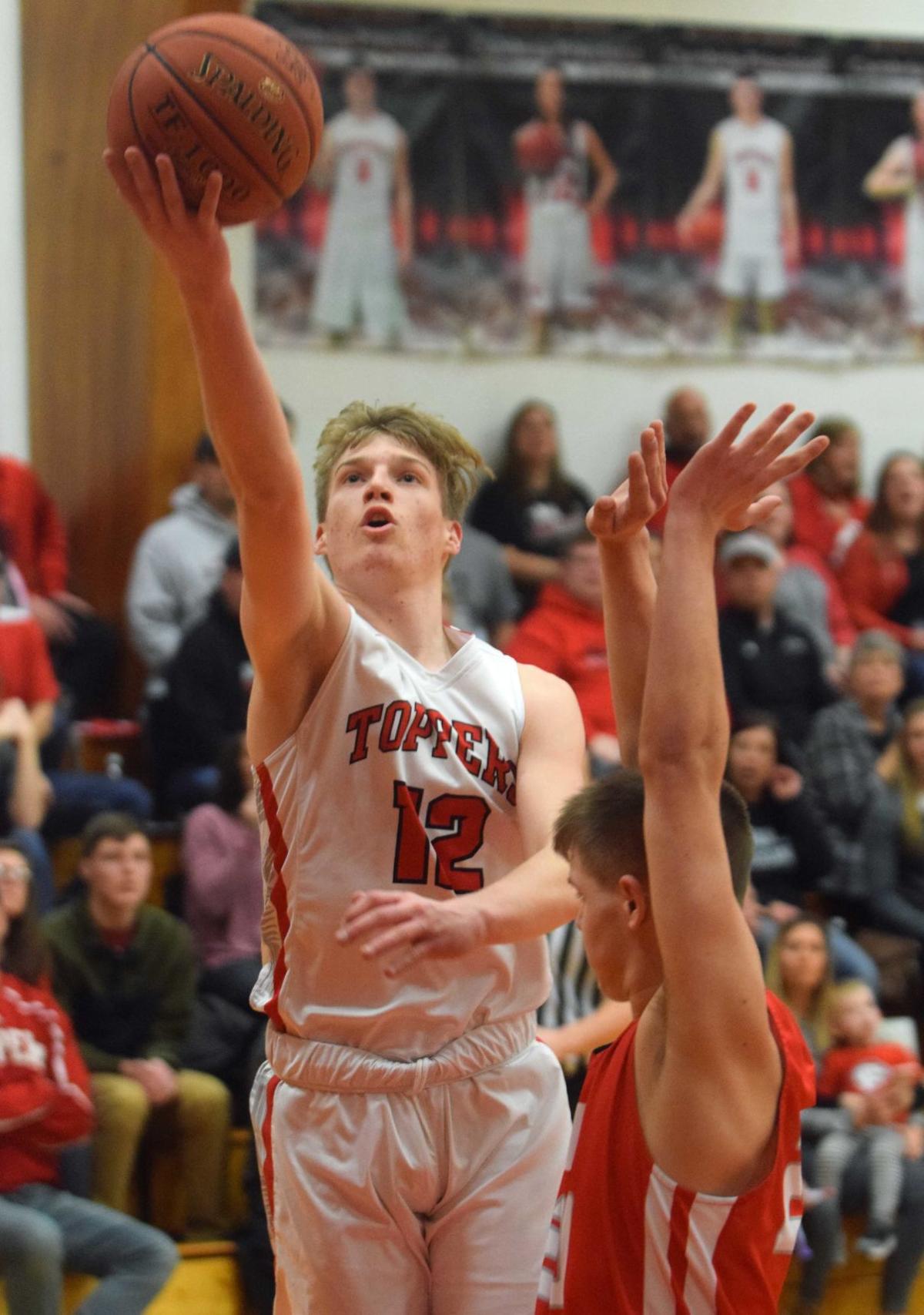 Cambria-Friesland's Kobe Smit (12) attempts a lay-up during the Hilltoppers' win over rival Rio on March 6 in the Division 5 regional semifinals. He had a team-high 17 points in that game and was second in the Trailways West Conference in assists this winter at 5.3 per game.

Doubt and uncertainty clouded the start to this season for Cambria-Friesland’s prep boys basketball team. Soon, the clouds broke. And by the end of the year, it was nothing but sunshine — notwithstanding the Hilltoppers’ 63-55 loss to Randolph in the Division 5 regional finals.

The Toppers were able to find their footing following a 2-3 start to the year — one precipitated almost entirely due to the fact they were without 2018-19 leading scorer Joseph Pulver because of an injury he suffered early on in the football season during the fall — and went 17-3 the rest of the way, tying the single-season program record for wins with 19.

“Because of that” Toppers’ coach Derrick Smit said referencing the injury to Pulver, who averaged 13.9 points per game the previous season, “it did kind of get us off to a slow start as kids were finding their roles.”

They found them sooner than later. And by the time all was said and done, C-F also won a program-record 12 games in a row, which included victories over co-Trailways West Conference champions Randolph and Markesan. That hot streak, which ended with the loss in the regional finals, fueled the Toppers from the depths of the league standings to a third-place finish at 10-4.

“I was extremely proud of the way this team came together — the way this team played such great team basketball, especially the second half of the year,” Smit said. “At Christmas we were fine. We were 3-3. At that time our captains — and team — said we want to really take a look at what our goals were for the second half of the year. We set some pretty lofty goals that we wanted to try and make sure we reached.”

Everyone was on the same page. And the unsung hero of the hot streak was junior guard Cade Burmania, who was poised for a breakout scoring year this winter after averaging 11.2 points per game as a sophomore.

He still averaged 10.8 this year, but his impact was felt in much more important ways.

“He played some very unselfish basketball,” Smit said of Burmania, who led the league in assists at 5.7 per contest. “He had opportunities to score a little bit more but he really distributed the ball and made the team so much better by the way he passed the ball and set up guys for great looks and great shots.” Burmania didn’t end up getting any recognition on the conference’s postseason awards list. That’s how it goes sometimes in a league as deep as the Trailways West was this winter.

But he was deserving, Smit said.

“What Cade did for our team from the point-guard spot, the way he put guys in the right spot to be successful, the way he ran (the offense) as the floor general for us, with his electric-quickness, he needs to be mentioned,” Smit said. “He was the glue that made everything go.”

He wasn’t alone in terms of his unselfishness. In fact, perhaps no more telling support of what kind of team the Toppers were over the second half of the year is the fact that they had the top two assist leaders in the league — senior guard Kobe Smit, Derrick’s son, was second at 5.3 per contest — and three of the top 12 as senior Mason Owen chipped in with 2.5 a game.

Owen missed all of last year but returned this year and was one of several role players who Smit said were integral to the team’s winning ways. It took everyone moving forward in lockstep, Smit said. No part was big or small, they were all important in one way or another.

There will be no championship banners — not conference, not regionals, nothing — to hang from this year. But this Toppers team ranks right up there for Smit, who was a senior on the 1994-95 team that also won 19 games, finishing 19-4.

“I’ve had so many special years with so many of the guys in the past. Is it more special than another year? I can’t necessarily say that. But anytime you win 17 of 19 down the stretch, and we were able to beat our co-champions in that stretch — in that stretch, I thought we played some of the best basketball that I’ve been a part of.

“When you can get any group, not just high school kids, to play unselfishly for their teammates on both ends of the floor, that’s when you can put a stretch like that together. It’s fun for everybody in that way.”

“We weren’t always (leading) in those games, but they believed in each other — they said, ‘Hey we can do this,’” he said. “They really rallied around each other and trusted each other. They didn’t care who got the credit. When you play for your teammates more than yourself, that’s when it becomes special.”

Cambria-Friesland junior Cade Burmania attempts a layup during the Hilltoppers game against Randolph on March 7 in the Division 5 regional finals. Burmania led the Trailways West Conference in assists this year at 5.7 per contest.

Cambria-Friesland's Kobe Smit (12) attempts a lay-up during the Hilltoppers' win over rival Rio on March 6 in the Division 5 regional semifinals. He had a team-high 17 points in that game and was second in the Trailways West Conference in assists this winter at 5.3 per game. 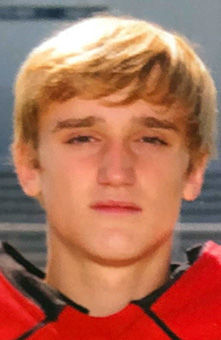