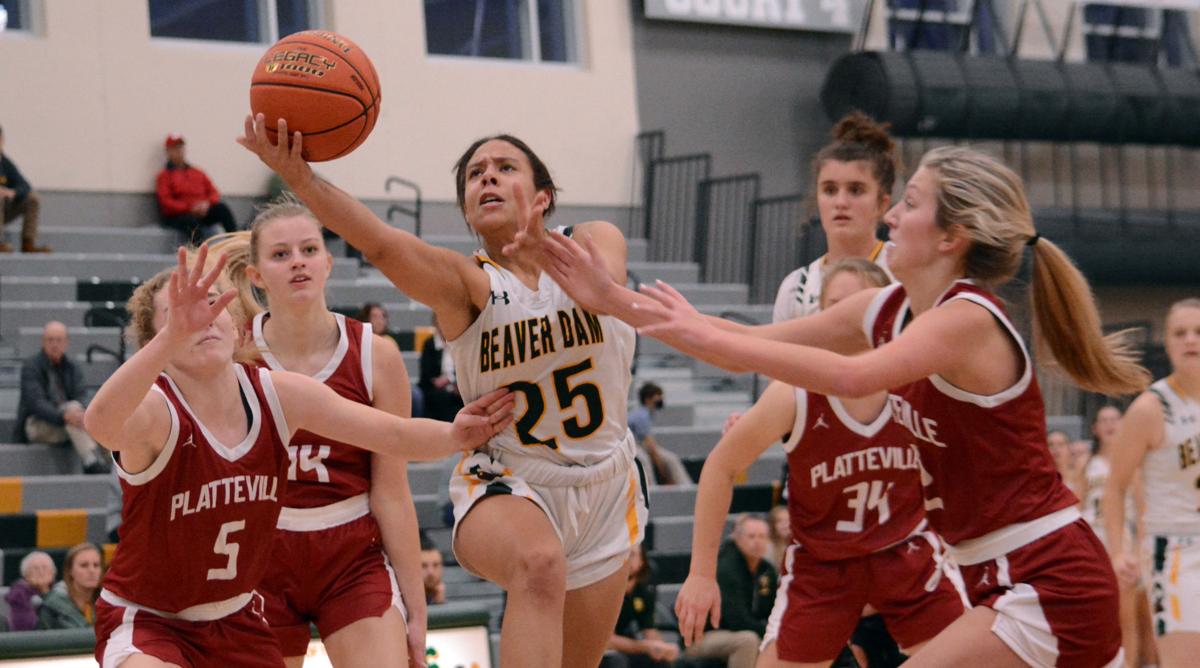 Beaver Dam's Leila Ashley snags a rebound during the first half of Friday's game against Platteville. Beaver Dam was hosting the Beaver Dam Classic, which included area schools Waupun and Columbus. 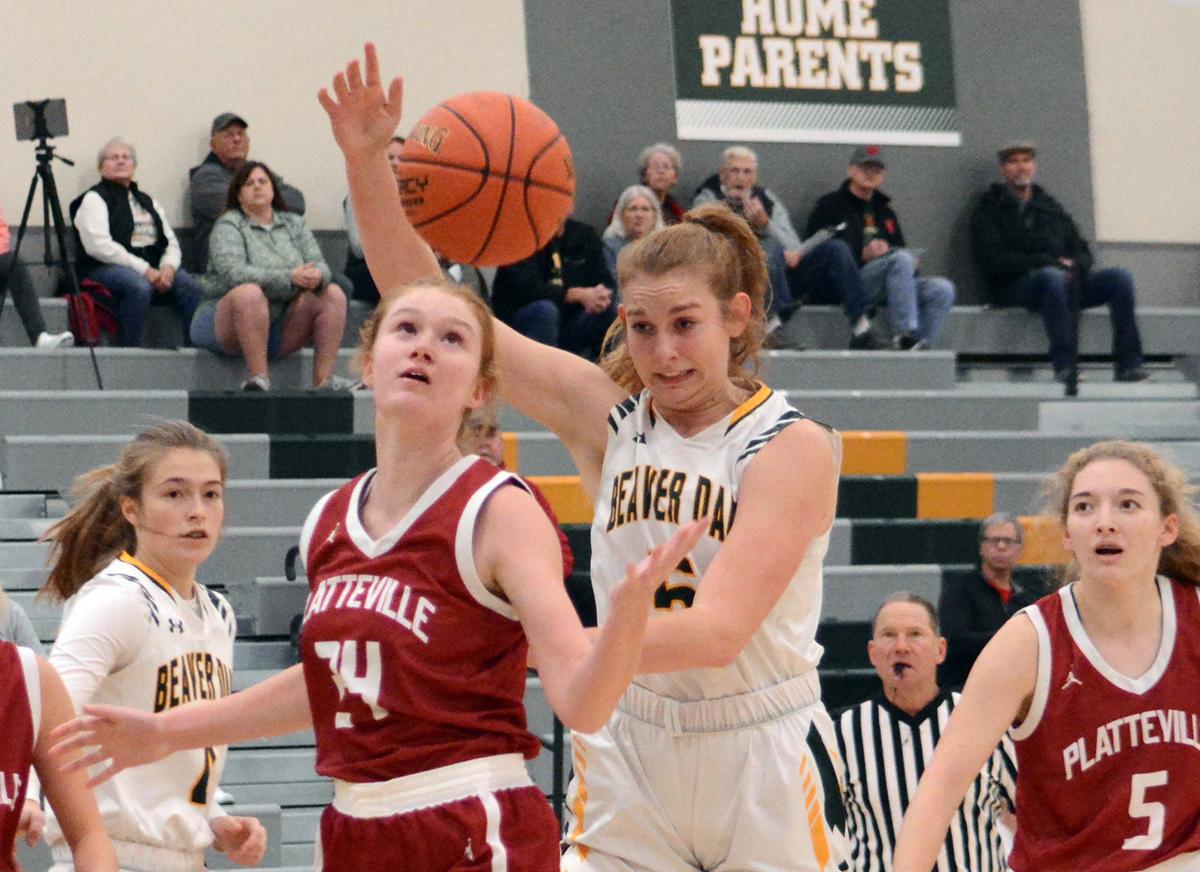 Beaver Dam's Kylie Wittnebel (5) battles with Platteville's Ellie Temperly during the first half of Friday's non-conference game. Beaver Dam was hosting the Beaver Dam Classic that included area schools of Waupun and Columbus.

The offense for the Beaver Dam prep girls basketball team didn’t come out the way it wanted to in Friday’s game against Platteville.

The Golden Beavers trailed early on before tying the game at 15 that started a 14-4 run to get a big lead at halftime and an eventual 74-60 victory in the first game of the Beaver Dam Classic, which is a 13-team invite over Friday and Saturday at Beaver Dam High School.

“It’s nice,” Beaver Dam coach Tim Chase said. “You always want to play good basketball throughout the game. Points are points, whenever you get them. It’s definitely nice when you can get a spot like that.”

The Golden Beavers connect from long-range early and often, step on the gas like they've been doing for years to sink the Raiders

“I think it was mainly keeping the ball moving,” she said of why Beaver Dam was able to go into halftime with a sizable lead. “It’s good because then the defense shifts. Then it just makes it easier to get hoops. Also, our team is really good at sharing the ball as well. We got each other opportunities, which was nice.”

Her coach felt she had a nice game overall, too.

“We’ve got a lot of great players and Bella is one of them,” Chase said. “She got some steals, got some transitions, hit some 3s. She can make plays and she did that tonight. We needed it tonight.”

Oestreicher wasn’t the only Golden Beaver who shined either. Beaver Dam junior Kylie Wittnebel finished with 17 points and sophomore Gabby Wilke scored 14 of her 16 points in the second half.

“Gabby and Kylie are really good inside there,” Chase said. “They’re a great duo. They feed off each other. Our kids take advantage (of them).”

Experience in short supply but athleticism, versatility are not for the Golden Beavers, who have been the gold standard in the state in the last five years

Coming out of halftime, the Hillmen got hot, cutting their deficit to 38-33 when junior Ellie Temperly dropped in a bucket with 14 minutes, 15 seconds left.

That’s as close as the Hillmen would come though as Beaver Dam quickly built the lead back up to double digits.

The Hillmen were led by junior Camryn Nies with 24 points. She scored 13 points in the second half, eight coming from the charity strip. Junior Lizzie Poller added 13 points for the Hillmen.

“We fouled her a little too much and she hit some 3s.” Chase said said of Nies. “They made a lot of free throws, which hurt us. We can’t put teams on the line like that.”

What's like to coach all three daughters at once? Let Waupun's Tim Aalsma explain

Tim Aalsma has been coaching his daughters Abbie and Naomi Aalsma the last four years. Now he can include his youngest, freshman Lydia Aalsma, with the two seniors.

Beaver Dam's Leila Ashley snags a rebound during the first half of Friday's game against Platteville. Beaver Dam was hosting the Beaver Dam Classic, which included area schools Waupun and Columbus.

Beaver Dam's Kylie Wittnebel (5) battles with Platteville's Ellie Temperly during the first half of Friday's non-conference game. Beaver Dam was hosting the Beaver Dam Classic that included area schools of Waupun and Columbus.