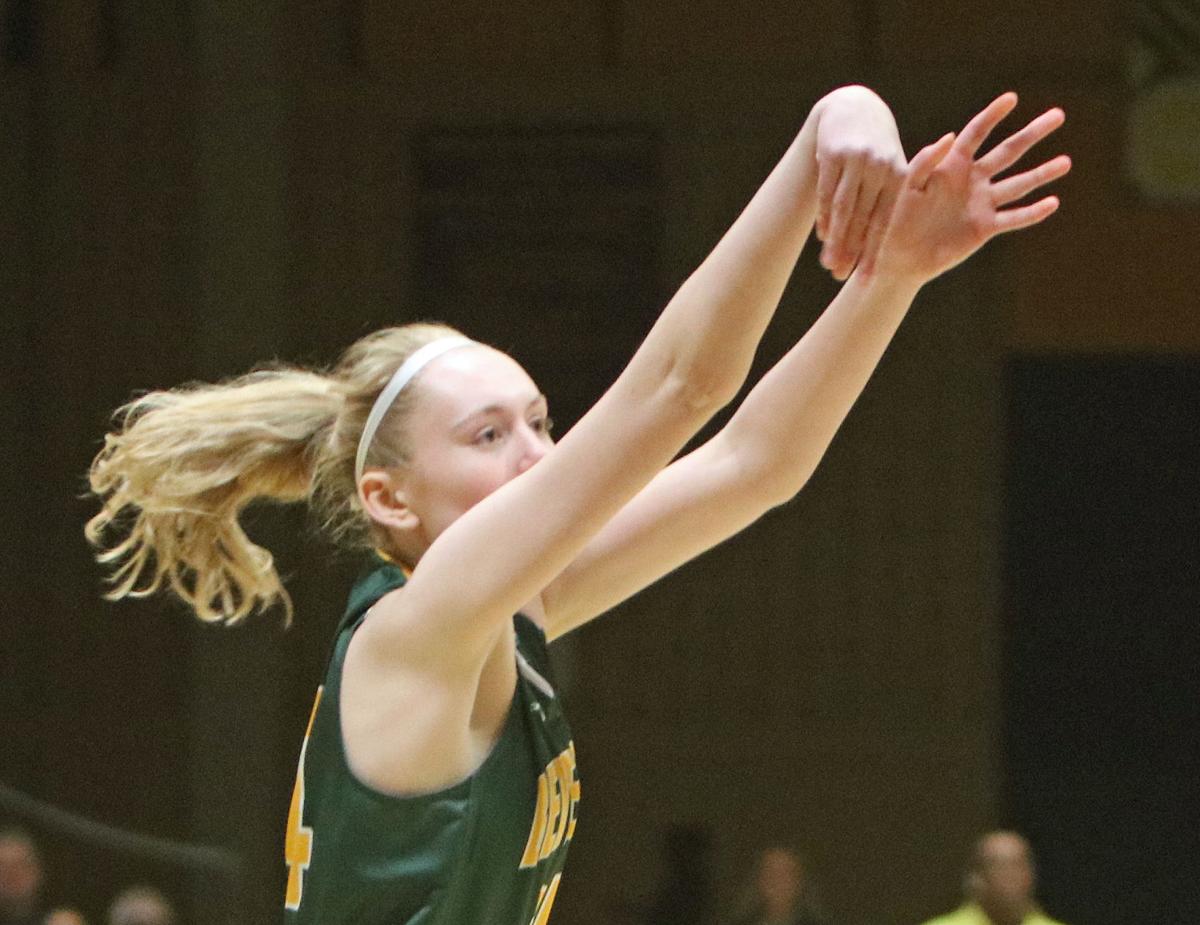 Beaver Dam's Paige Hodgson has made a verbal commitment to play in college at Northern Kentucky University. 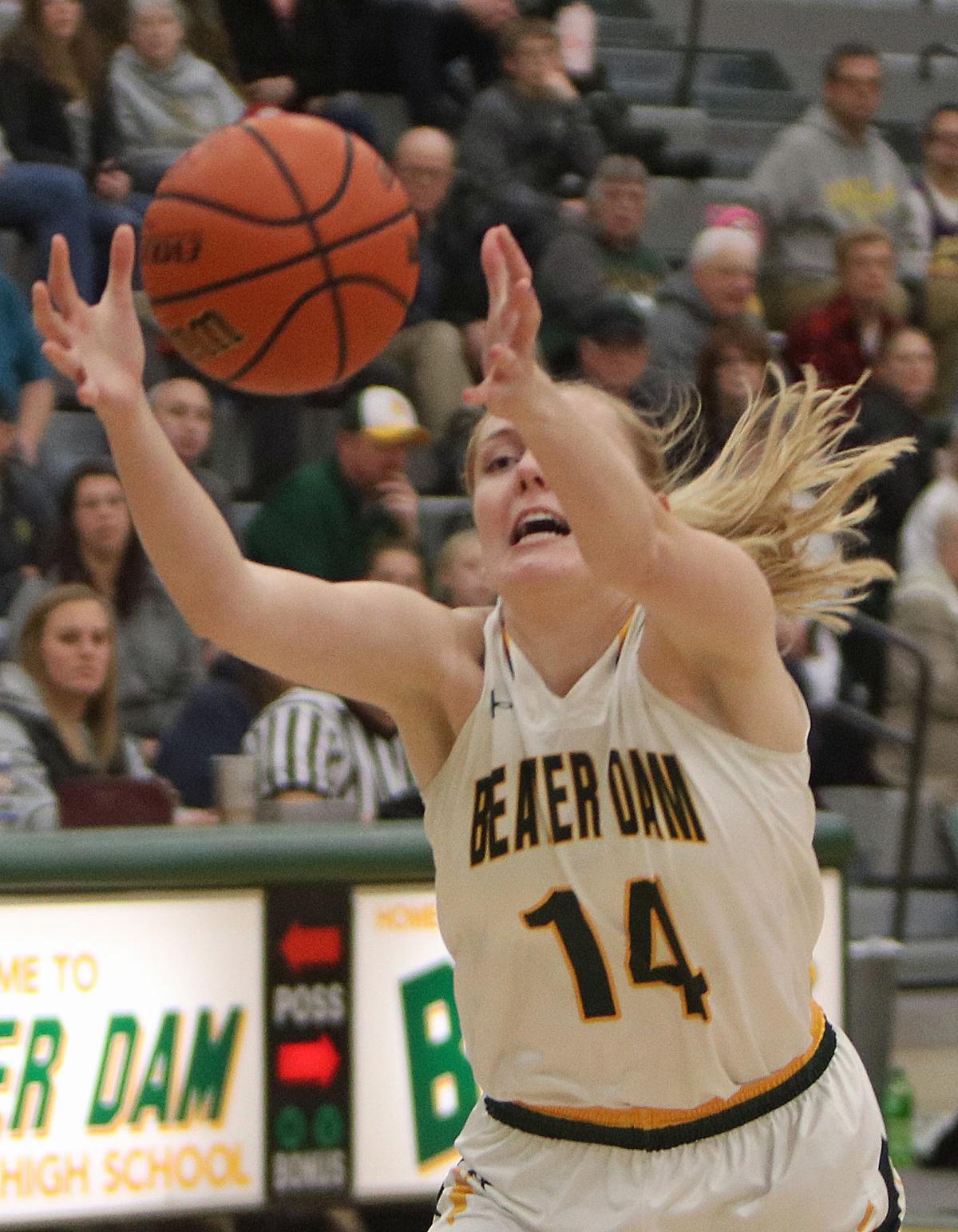 Beaver Dam's Paige Hodgson tries to corral the ball from going out of bounds during the Golden Beavers' blowout win over Portage on Dec. 6, 2019, in a Badger North Conference game at Beaver Dam High School.

The COVID-19 pandemic has caused many issues for high school seniors being recruited to play college athletics, including Beaver Dam’s Paige Hodgson, who was being recruited by a plethora of schools to play women’s college basketball as she gets ready for her final year of high school.

She wasn’t able to take an in-person college visit until July 24, when her family took a trip to Highland Heights, Kentucky, home of Northern Kentucky University. And the school seemed to be the perfect fit for her, as she committed to play at the university on Monday night.

Hodgson added that she “fell in love immediately” and knew it was “just the perfect fit for me” because it’s a small campus where you “feel like you’re in your own little world, and you don’t have to deal with all the big city stuff.”

Hodgson said there are a lot of new things on campus, including a new health innovation center, where she would be spending most of her time, because she plans on majoring as a physician assistant.

Since Hodgson wasn’t able to enter the athletic facilities during her visit, she was shown pictures of what’s inside. Northern Kentucky head coach Camryn Whitaker also had a FaceTime meeting with Hodgson earlier in her recruitment where the facility was shown as well.

“They have a great weight training area,” Hodgson said. “They had really good facilities to help better yourself.”

Hodgson is a 6-foot-3 forward who can cause match-up problems for opposing defenses. She averaged 5.4 points, 4.8 rebounds and 0.8 blocked shots per game this last season, earning honorable mention All-Badger North Conference honors. She helped the Golden Beavers to a 23-3 overall record and a fourth-straight trip to the WIAA Division 2 state tournament. The Golden Beavers also won a Badger North Conference title, sweeping the competition at 14-0. The conference championship marked Beaver Dam’s 11th in a row.

Hodgson will be joining a Northern Kentucky squad that is an NCAA Division 1 program that participates in the Horizon League. The Norse finished with a 20-12 overall record and their 12-6 conference record finished fourth behind league champs IUPUI (15-3), Green Bay (13-5) and Wright State (13-5) last season.

“I wouldn’t say it was a huge deciding factor when I was making my decision, but it’s nice,” Hodgson said of the program’s recent success. “It’s nice having that, because than you can just help continue the success. Like they always say, they like to recruit winners.

“They have a winning culture, because they will always want you to strive for the best, so they recruit winners.”

ASHWAUBENON — Beaver Dam’s prep girls basketball team has gone up against some of the top teams in the Midwest this season in Evanston (Ill.),…

Beaver Dam's Paige Hodgson has made a verbal commitment to play in college at Northern Kentucky University.

Beaver Dam's Paige Hodgson tries to corral the ball from going out of bounds during the Golden Beavers' blowout win over Portage on Dec. 6, 2019, in a Badger North Conference game at Beaver Dam High School.