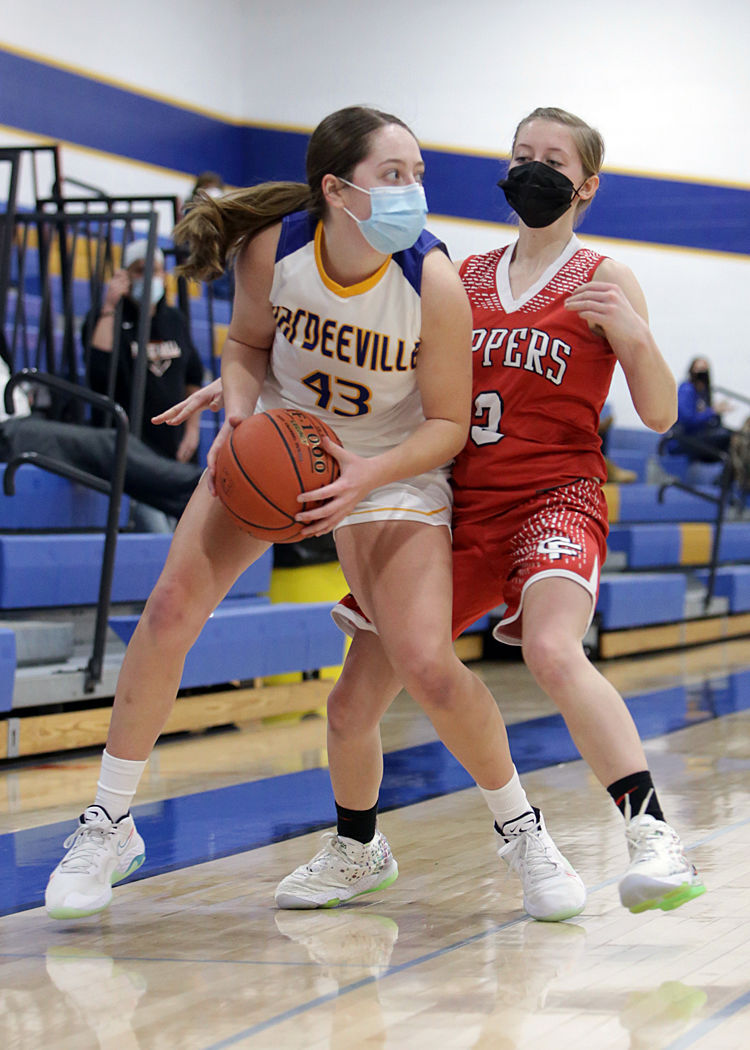 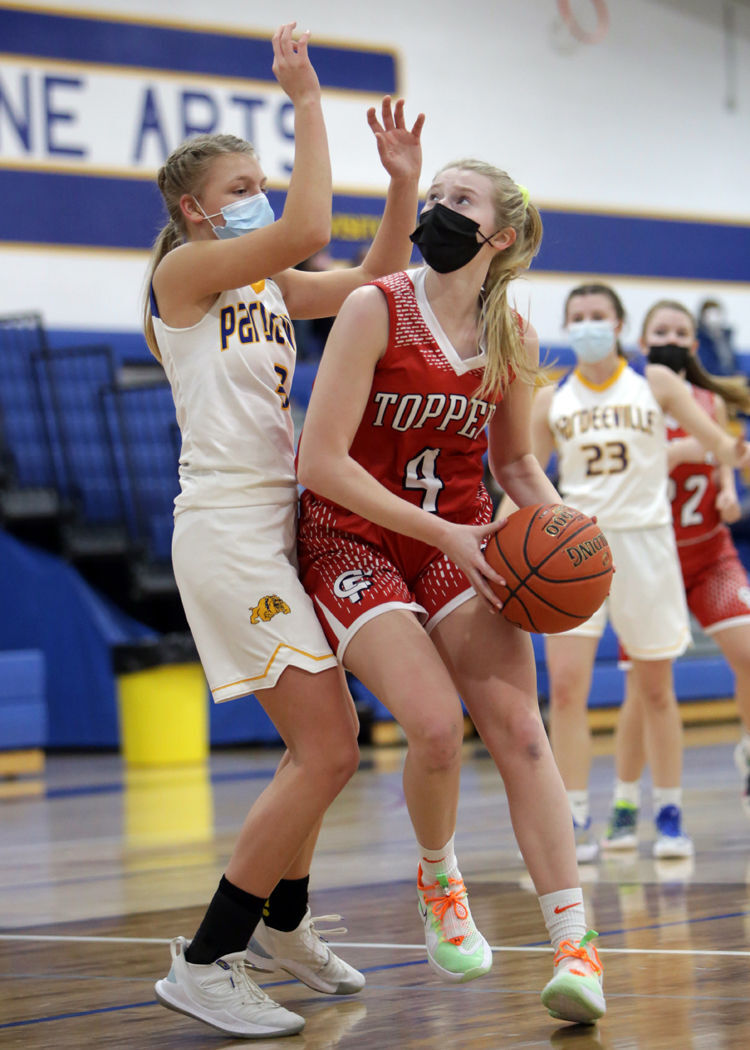 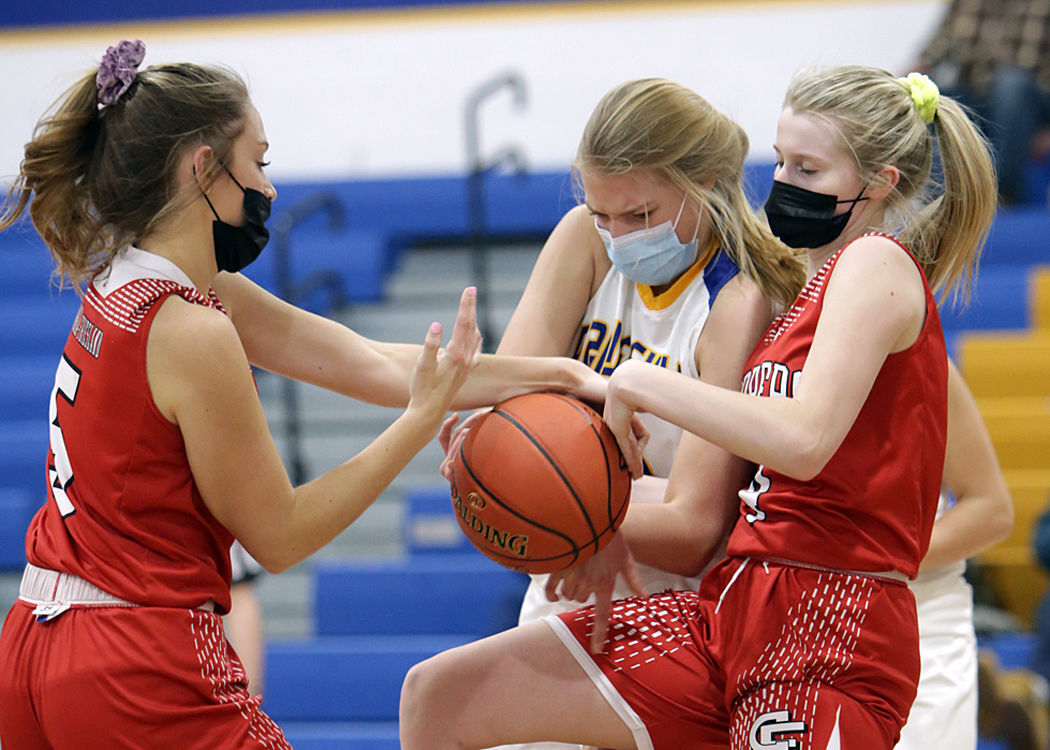 PARDEEVILLE — Any good basketball observer will tell you that basketball is a game of runs.

That was especially true on Friday night as Pardeeville used a 13-0 run midway through the second half to spark a rally that helped hold off Cambria-Friesland, 54-51, in a Trailways West prep girls match-up.

The Bulldogs trailed 37-31 with 8 minutes, 38 seconds to play, thanks to a 13-3 run by the Hilltoppers to open the second half. That spree erased a 25-18 halftime deficit.

Pardeeville’s Savannah Manthey started her team's decisive 13-0 rally by scoring off a steal and by the time the dust settled three minutes later the Bulldogs (3-5 overall, 2-4 Trailways) had a 44-37 advantage with Manthey, a junior, accounting for seven of her 15 total points in the spree.

Cambria-Friesland (4-6, 1-5) answered the run and even took a 49-48 lead with 1:45 left on a basket by senior Alexis Johnson. But the Bulldogs answered on consecutive baskets from Sara Ott and Sydnie Wheeler to regain the advantage, 52-49.

The Hilltoppers’ Alyssa Raley, who led the team with 15 points, hit a 12-footer to cut the score to 52-51 with 33 seconds to play. But Pardeeville’s Manthey would close the scoring with two free throws with 25.3 seconds to play.

Pardeeville coach Joe Guenther was pleased to see his team pick up its third straight win, especially after starting the season with five straight losses.

“They just played with heart tonight. It was awesome,” said Guenther, who admitted he was frustrated with how his team came out slowly to start both halves.

“We came out flat tonight but when they can turn it up, they do good things. I told them that we have to play aggressive. We can’t let them control the tempo of the game. We have to control it.”

Bulldogs' freshman Aubrey Maass led all scorers with 17 points. She had eight in the first half including two 3-pointers which helped erase a 14-7 Hilltoppers' lead to open the game. CF’s fast start was fueled by three straight 3-pointers from Raley to open the game.

But a nearly seven-minute dry spell for the Hilltoppers saw Pardeeville grab the seven-point halftime advantage.

“Things just didn’t fall for us,” said CF coach John Stettbacher. “We missed a few layups, missed free throws in the second half and just some bad bounces here and there.

“We had plenty of opportunities."

And plenty of misses from the foul line. The Hilltoppers connected on only four of 17 attempts, including going only 1-for-9 in the second half.

PARDEEVILLE — The Pardeeville and Dodgeland girls basketball teams have both been subject to growing pains this season.