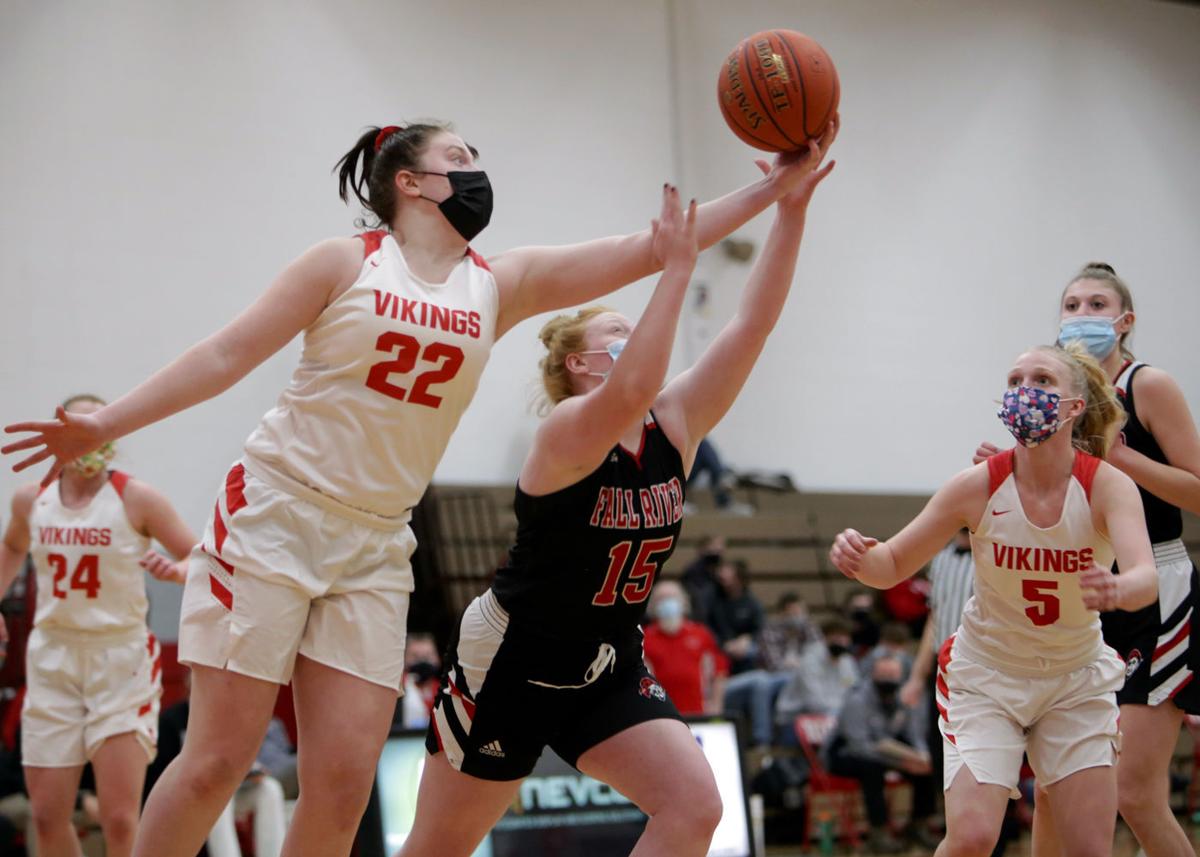 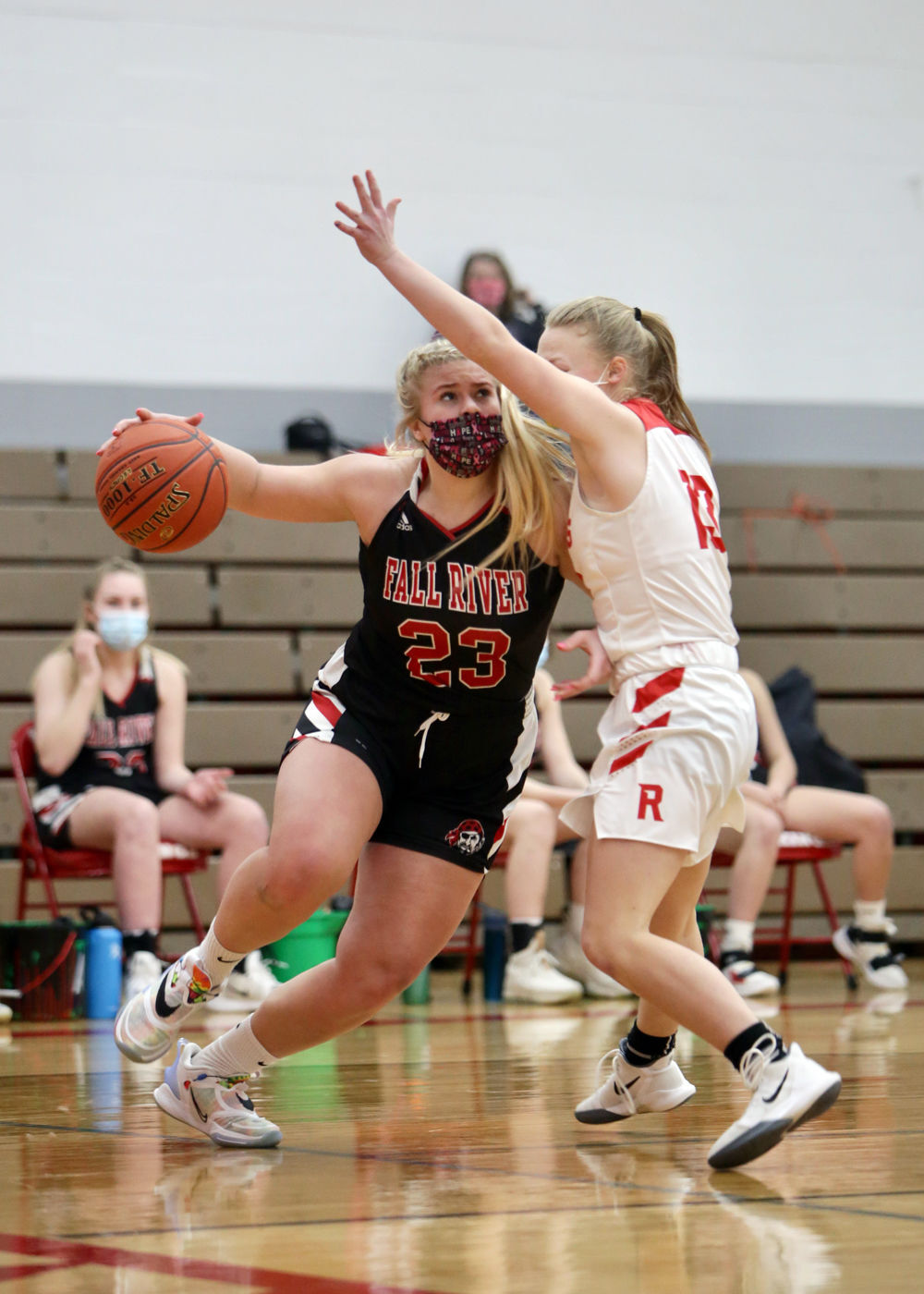 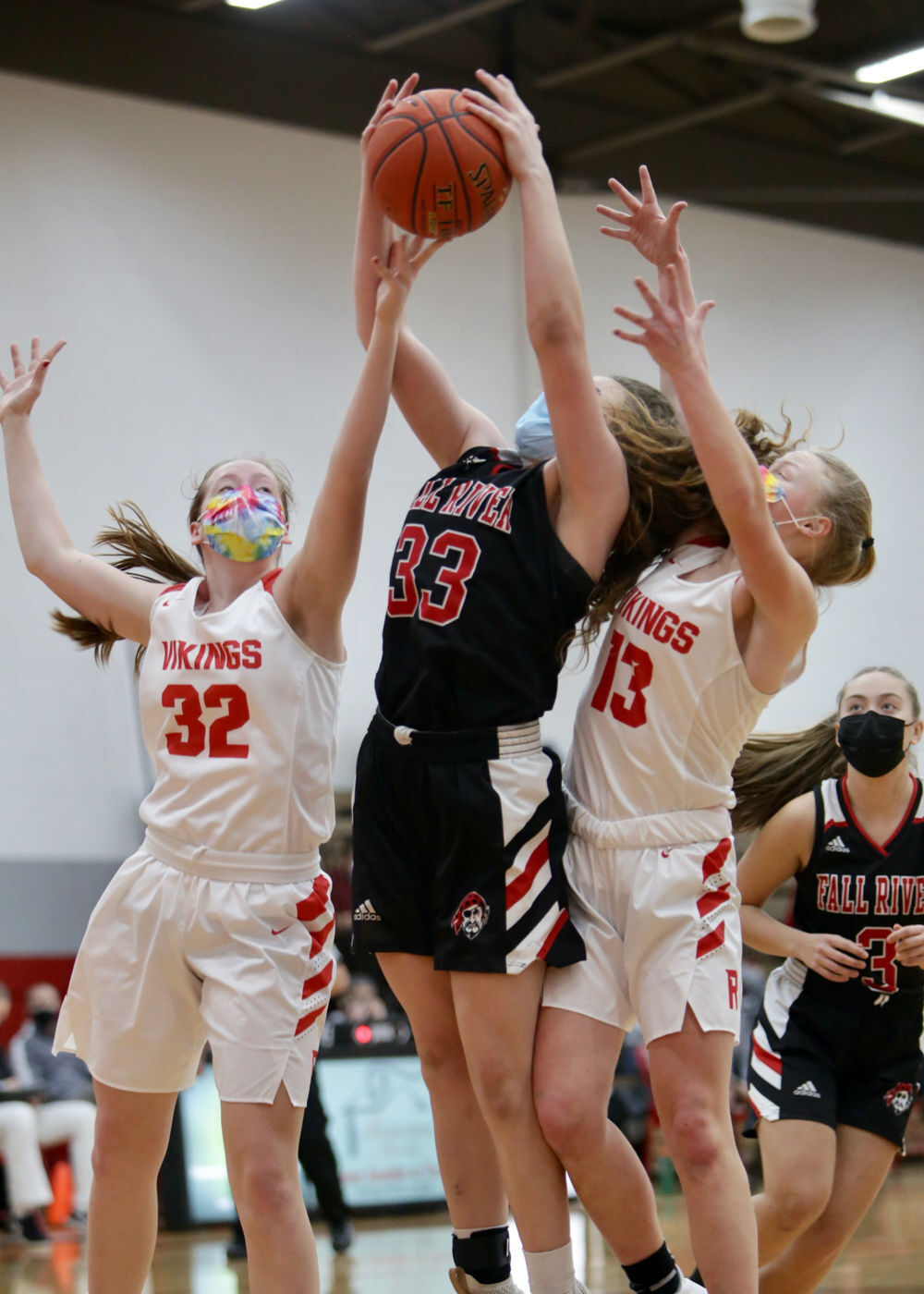 RIO — The popular notion is that it’s hard to beat a team three times in one season.

Don’t tell that to Rio’s Adeline Hutzler. The 5-foot-9 senior forward poured in a game-high 20 points on Friday as the Vikings made it 3-for-3 against Fall River this season with a dominating 48-24 victory in the Division 5 regional semifinals.

Hutzler and her teammates set the tone early in the game against the fourth-seeded Pirates by going on a 14-0 run, with the final six points coming on back-to-back 3-pointers by senior Kayla Staveness. By the time the run ended the top-seeded Vikings had a 14-2 lead and control of the contest.

Back-to-baskets by Fall River’s Ava Rozinski, who led the Pirates with nine points, cut the advantage to 14-6, but that would be the closest the Pirates (9-16) would get for the remainder of the contest. Hutzler scored six of her 10 first-half points from that point on as Rio stretched its lead to as many as 14 in the period and closed the half with a 24-12 advantage.

Hutzler would match her 10 with another 10 in the second half and she teamed up once again with Staveness, who finished the game with 13 points, including a trio of 3-pointers, to spark a mini 7-0 run after the Pirates had cut the lead to 10 at 26-16 with 15 minutes to play in the game.

From there, Hutzler & Co. steadily pulled away.

“She plays with tenacity and has something that you just can’t teach — it’s effort all the time,” said Rio coach Deb Hutzler about her daughter Adeline. “You have to have the 'want' and she has it.”

The Vikings also served up a tenacious zone defense as they limited the Pirates to only eight field goals in the contest.

“I thought we did a decent job keeping them out of the lanes,” Deb Hutzler said. “Our help defense was where they needed to be most of the time, and I was pretty pleased with our defensive effort tonight.”

“It’s been like this all year. We’re up, we’re down. In the last game, our shots were falling. But we can’t score 12 points in a half and expect to win," Doolittle said. “They played some good defense but we were getting the shots we wanted and we just weren’t hitting them.

"They are a good team and they did beat us three times this year. I wish them all the luck but I feel bad for my kids right now.”

With the win, the Vikings were also able to exact a small measure of revenge since Fall River had ousted them from the tournament the past two years at regionals.

The Vikings (12-6) will now host No. 2 seed Oakfield, a 68-64 victor over Hustisford on Friday night, in tonight's regional championship game. The Vikings defeated the Oaks 62-54 earlier this season in the one and only match-up between the Trailways West/Trailways East crossover rivals.