Reannah Zimmer was a rebounding machine this winter, collecting an average of 8.2 boards per game, good for third in the Flyway Conference.

She was also seventh in the Flyway in scoring at 10.2 points per game, which meant she very nearly averaged a double-double.

Joining her on the Flyway's postseason awards list from Mayville was senior Jenna Pasbrig, who received honorable mention.

Pasbrig averaged 7.1 points and 5.8 rebounds for the Cardinals, who took sixth in the seven-team league with a 2-10 record.

The Cardinals were 4-15 overall on the year, but they did, however, go out on a winning note of sorts by claiming a 50-37 victory over Campbellsport in the WIAA Division 3 regional semifinals prior to suffering an 89-37 loss to eventual regional champion Winnebago Lutheran in the semifinals.

WLA was the Flyway Champion with an unblemished 12-0 mark and would finished 25-1 on the year after enduring its first loss on the 2020-21 campaign in a 60-55 defeat at the hands of Oostburg in the sectional semifinals.

She also had 10 rebounds in the regional quaterfinal win, giving her a double-double. Her best rebounding output on the season came when she hauled in 17 boards during a 56-44 loss to Omro on Jan. 8.

Pasbrig, meantime, had a season-best 20 points in that loss to Omro and came strong in the rebounding department at the end of the year, corraling 11 boards in a regular season-ending 60-54 win over Lomira and then 12 in the win over Campbellsport in regionals.

She blocked five shots in two different games, including in the regional quarterfinals, while averaging 1.7 per contest.

Picked as the league's Player of the Year was WLA senior Alaya Suprenand, a guard who averaged 17.1 points, 5.5 rebounds, 4.5 assists and 2.1 steals per game. Suprenand has committed to NCAA Division II Bemidji (Minn.) State. 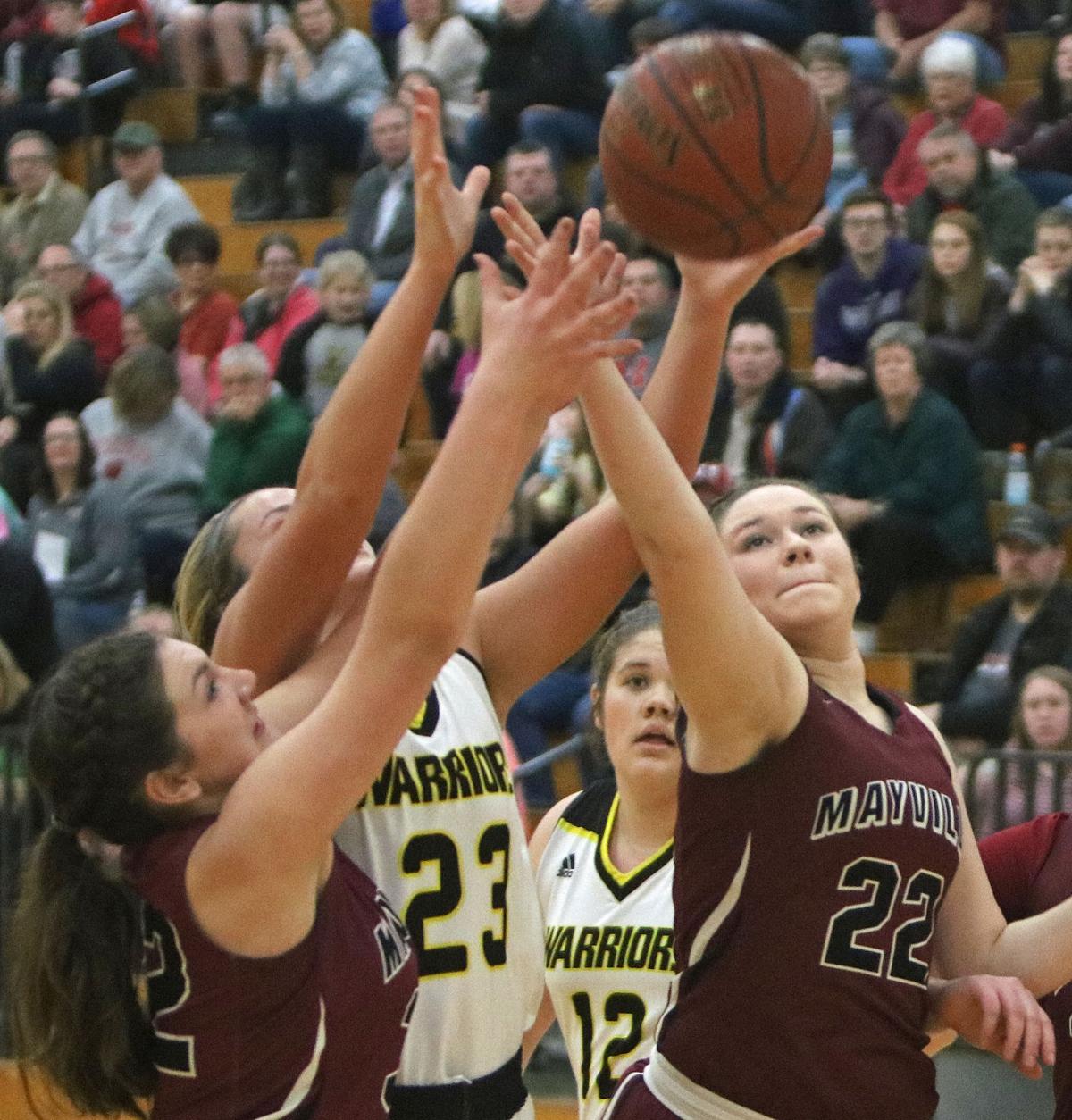 Mayville's Reannah Zimmer (right) fights for a rebound as a freshman during her team's game against Waupun in the regional finals in 2019. A junior this year, Zimmer averaged nearly a double-double with 10.8 points and 8.2 rebounds per game and was picked as second team all-Flyway Conference. 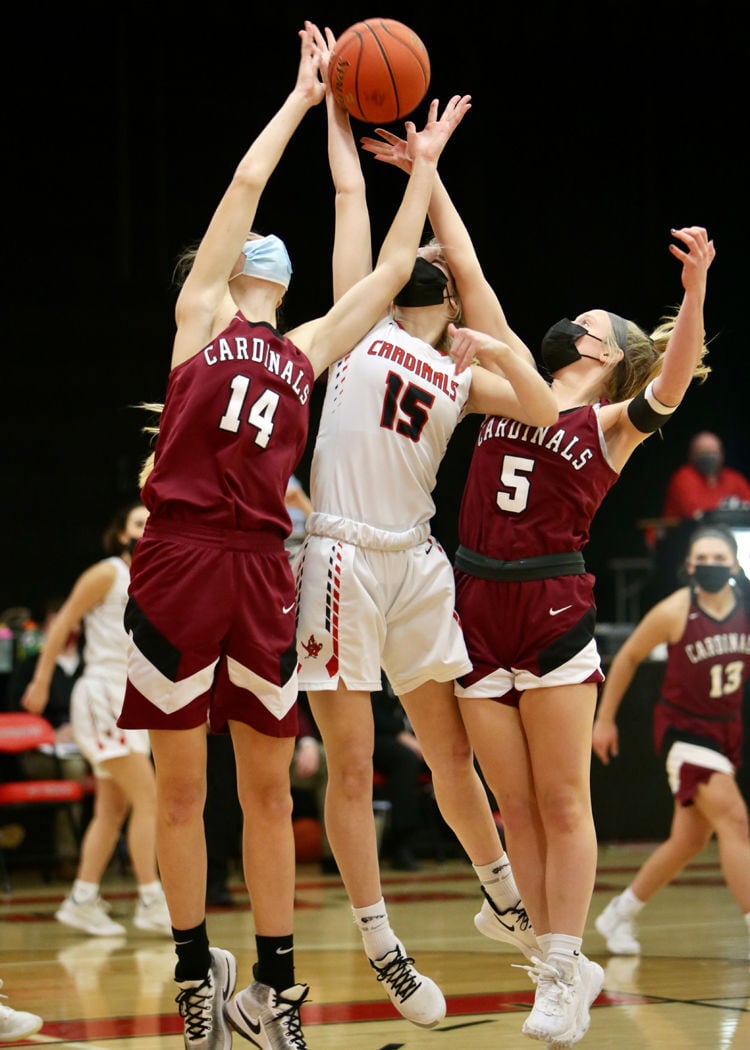