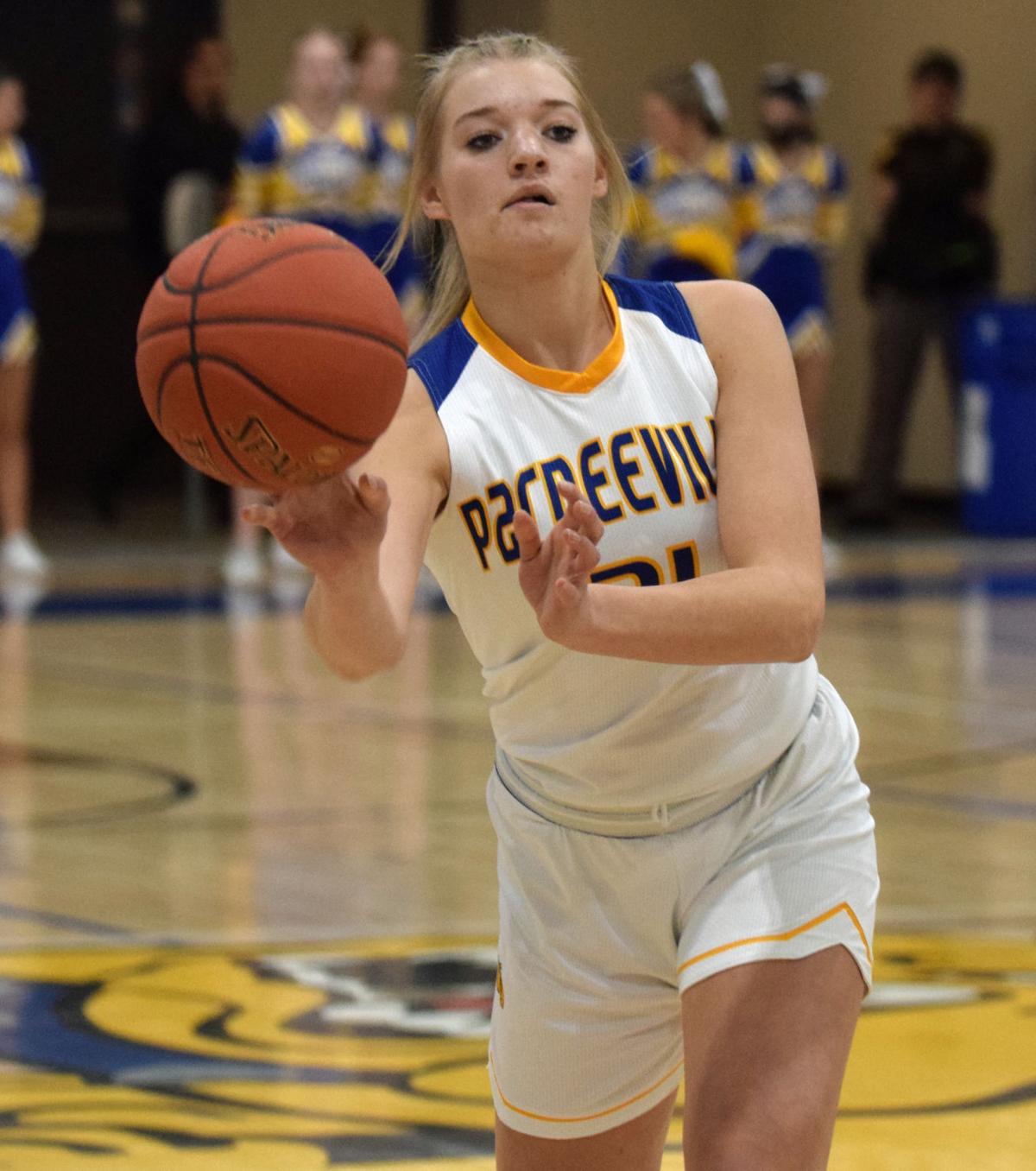 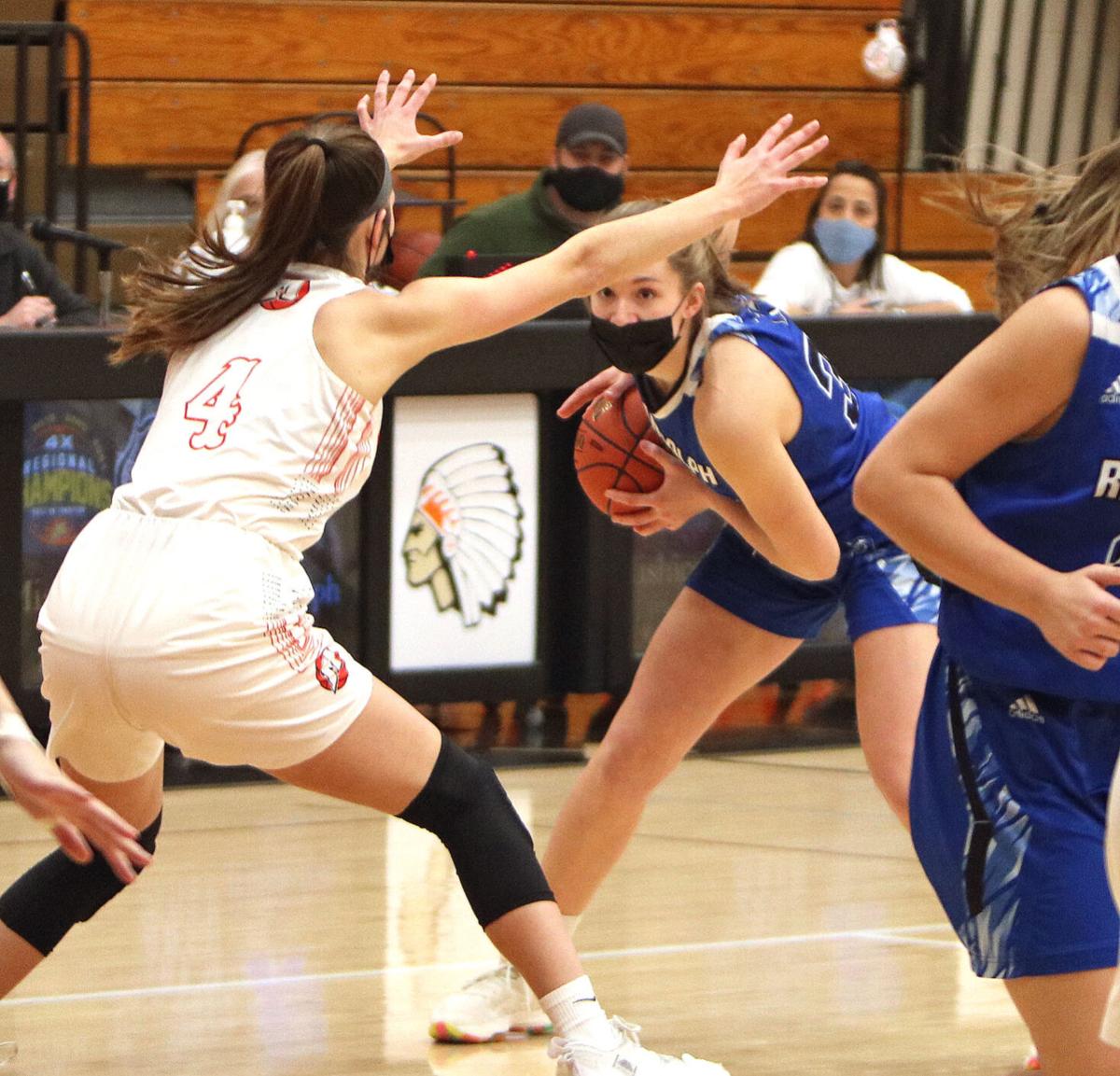 The Badger Conference has for a while held a midseason showcase pitting boys and girls basketball teams from separate divisions — the North and the South prior to this year’s switch to an East/West alignment — against each other based on the standings at the time for a weekend-long event.

Now, the Trailways is following suit.

Both leagues will hold their girls events this Friday and Saturday, with the boys taking the court next weekend.

There is no shortage of intrigue as far as the Trailways match-ups are concerned, that’s for sure.

The following is a brief look at the match-ups, which all take place at Central Wisconsin Christian in Waupun.

Without a doubt, the marquee match-up of the weekend.

The Rockets, the frontrunners in the Trailways West who have been climbing as a program for a few years now and lost in the sectional finals in 2020-21, are the No. 1 team in the Division 5 coaches poll and are 15-0 overall — although they’ve had a couple really close calls during the unbeaten start.

They are, however, coming off a loss, by the score of 55-49 to unranked Fond du Lac St. Mary’s Springs, a team that’s now also 11-2 overall and could crack the next top-10 poll.

Rockets’ 6-footer Jorey Buwalda is 49th in the state in scoring, according to WisSports.net, at 19.5 points per game and also is averaging 10. rebounds per game, so she’s the player the Oaks will need to contain in order to get back on the winning track.

But the Rockets’ sparkplug is senior guard Presley Buwalda, the team’s assists and steals leader who also is averaging 8.7 points per game.

Unlike Randolph, which boasts only one player scoring in double figures in Jorey Buwalda, the Oaks have a three-headed scoring monster in 6-1 sophomore Stella Hofman (15.1 points per game), senior guard Jaylin Gremminger (13.5) and senior guard Adi Moser (12.8).

These two teams are in the same sub-sectional, so depending on how the seeding turns out and pending any upsets, this very well could be a sectional semifinal appetizer.

At 6-6 overall, the Bluejays are smack dab in the middle of an up-and-down year.

This game doesn’t feature a division leader, or a ranked team, but with Creek third in the South and Pardeeville second in the West, it does feature two of the league’s best.

Jessilyn Ernst, a 6-2 junior, is having a monster year for Pardeeville, averaging 16.8 points and 10.8 rebounds.

The Bluejays leader is having a similar season, putting up 17.6 points and 10.3 rebounds a night.

Those two double-double machines taking the court together should be fun.

The South-leading Demons meet the Red Knights, second in the East, in a match-up of one of the hottest teams in the league and one of the league’s best.

The Crusaders have only played a pair of league games thus far and are 1-1 in the East, leaving a whole lot of work to do to try and catch the Oaks over the next month.

But they are 7-3 overall and boast the East’s co-leading scorer in senior guard Shelby Buwalda (16.4 ppg).

If their season is any indication, they’re also a good candidate to wind up in a barn-burner, with four of their last seven games (not including Thursday night’s game vs. Lourdes) decided by five points or less — including one of them by a point and a pair by two points.

The Vikings, meantime, have rebounded nicely after losing their first six games of the year, going 5-2 since. They’re led by Emily Loging (13.6 ppg, 8.5 rpg) and Kayla Staveness (12.4 ppg), while Lexi Marble is a double-double candidate as well at 7.1 ppg and 7.0 rpg.

One of the most under-the-radar players in the league might be the Trojans’ Adrianne Bader, although opposing coaches undoubtedly know who No. 42 is all too well.

The 5-9 senior has 919 career points entering the weekend and is one of the more versatile players in the league, averaging 10.8 rebounds and 2.4 steals per game this winter.

The Hornets, however, are a much more defensive-minded squad, with no one scoring in double figures but a roster that’s held opponents to 40.1 points per game.

Once the queens of the West (and prior to that, the South before the league split into three division), the Lady Pirates are no longer the same dominant force.

But they are 9-7 overall and still in the mix for an upper-half finish in their division at 3-4, so they haven’t exactly fallen on hard times, either.

They average 11.9 steals per game as a team, so they get after in the full-court press and in the half-court. And in senior Belle Gregorio, they boast one of the top guards in the league, a 5-10 pesky defender who is third in the West in steals (3.3 per game) and tops in assists (4.3).

Parkview, meanwhile, is 5-7 overall so this could be an opportunity for Fall River to snap a two-game skid and jumpstart a strong second half.

The Bulldogs out of the South are 4-10 overall but have a defensive standout to pay attention to in Margaret Higgens, a junior who’s averaging 7.1 rebounds, 2.7 steals and 1.2 blocks per game.

Meantime, the Tiger Sharks out of the West are also 4-10 overall but two of their losses are by a combined seven points.

At 5-6, the Hilltoppers are treading water this season. And they have a pair of girls averaging in double-figures in Haley Olson (10.7 ppg) and Lindsay Drews (10.6).

Drews is also averaging 7.4 rebounds per game while Olson leads the West in steals at 5.6 per night.

The Panthers are also 5-6 but unlike C-F they’re second in their division at 5-1 in the South.

The winless Challengers (11-0) out of the South meet the two-win Hilltoppers (2-7) out of the West in a game that will end with one side experiencing a rare feeling, the thrill of victory.

The Marshladies (1-12) out of the East and Prairie Hawks (1-10) out of the South serve up a breakfast dish of basketball in a game the same as the one to follow, where the winner will get the rare taste of victory.

At 5-7 overall, the Falcons from the East have a similar record as the Panthers, an indication that it should be a good match-up.

The Panthers are playing twice in the showcase because Wayland had to opt out due to COVID-19 protocols.

Rylie Collien (15.7 ppg) and Autumn Kuehl (11.4) give the Falcons a pair of double-digit scorers and Kelsey Ewert is pulling in 8.2 rebounds a night. Husty has balance, and a win to kick off the weekend, which would even its record at 6-6, would be a nice boost into the second half.