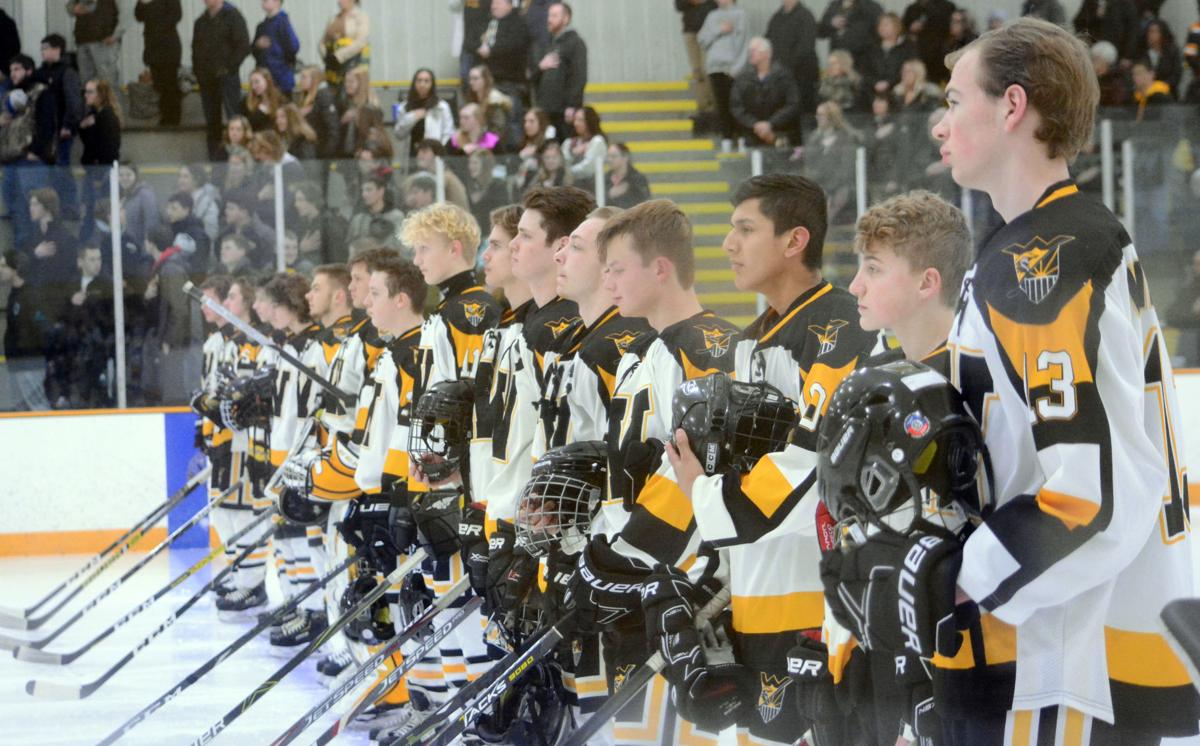 The Waupun prep boys hockey team is 15-6-2 on the season and will close out the regular season on Monday vs. Cedarburg. The Warriors then open the WIAA Division 2 postseason as a No. 2 seed in next Thursday's regional semifinals and play host to seventh-seeded Stoughton. 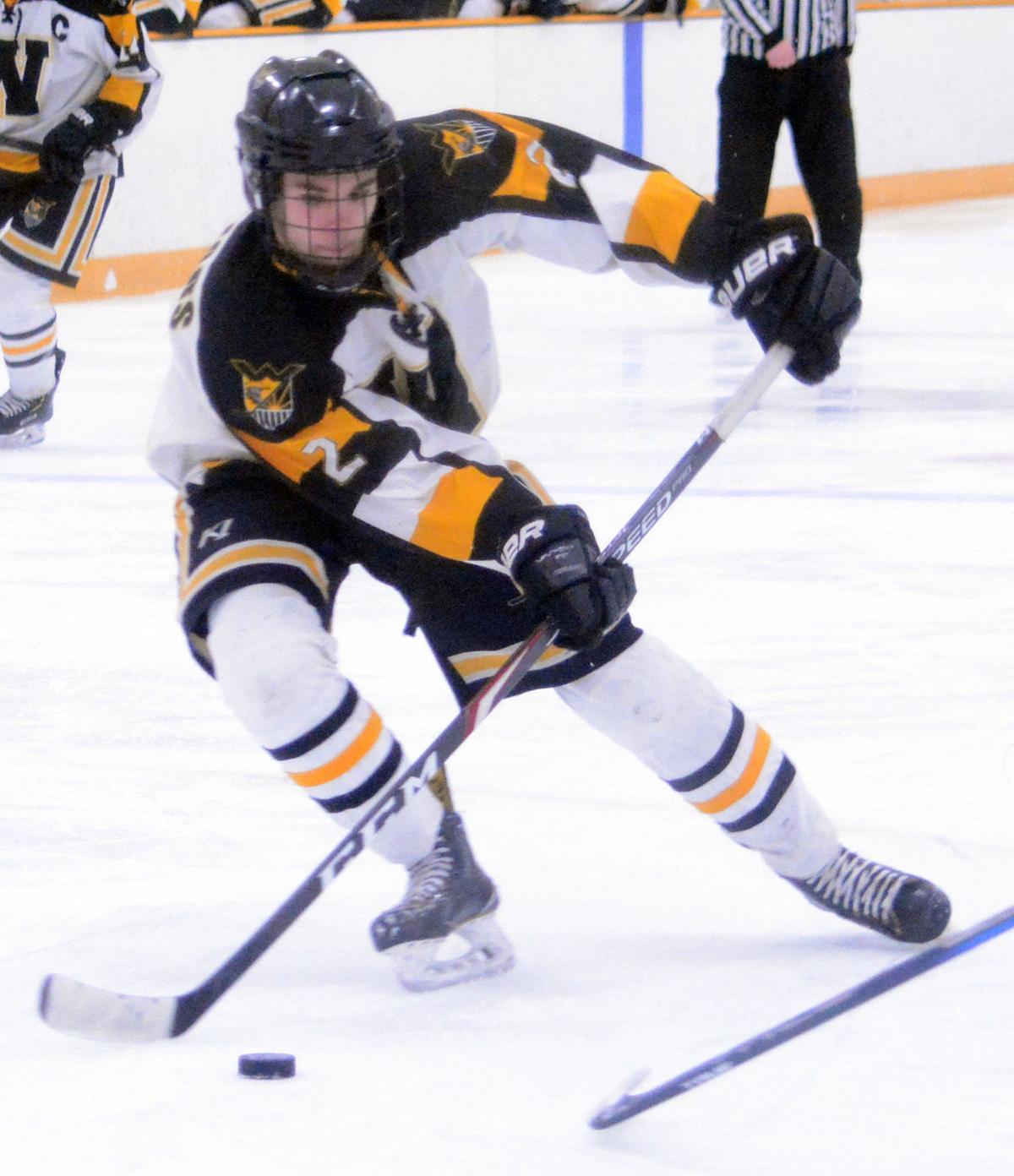 Waupun's Baron Buchholz is one of four Buchholz players on the team. Also on the team are his cousins Jarrett, Malachi and Micah. 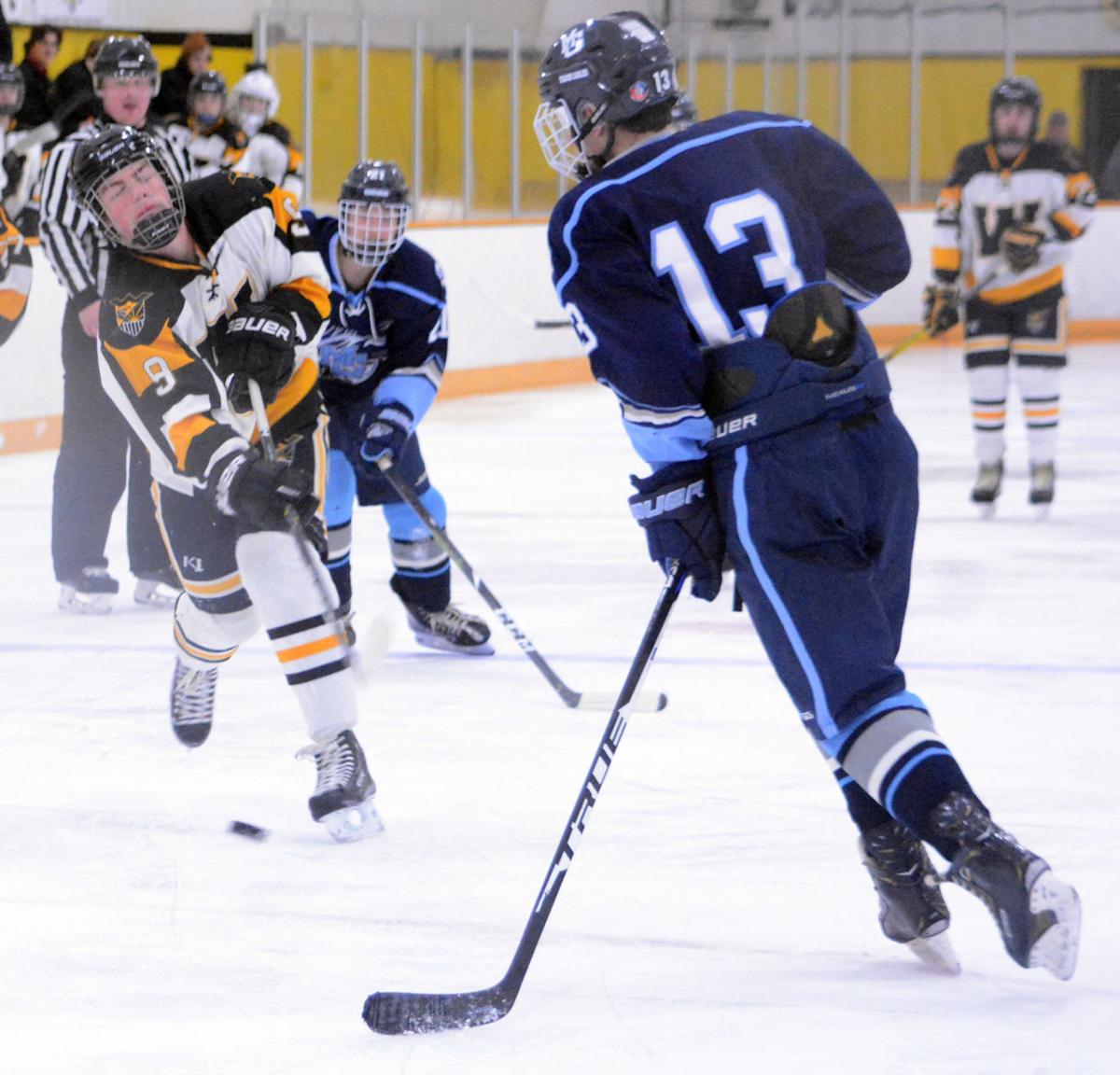 And the Warriors (15-6-2), ranked fourth in Division 2 according to WisconsinPrepHockey.net, are on the right path as a result ― winning five of their last seven games. They'll try and make it six of their last eight when they close out the regular season Monday at home vs. Cedarburg in their last tune-up before going into the WIAA D2 playoffs as a No. 2 seed and taking on seventh-seeded Stoughton in next Thursday's regional finals.

“We’ve all hung out our whole lives and these are all my best friends,” Malachi Buchholz said. “We’re pretty close. For a small school, these are kids I see in the day. This is my family. Technically, they are.”

Technically, indeed. The 6-foot senior has a brother, freshman Micah Buchholz, and three cousins — seniors Baron Buchholz and Jarrett Buchholz and junior Casper Dahlke — on the team this year.

And Jarrett, whose father is Waupun coach Jason Buchholz, is one of seven players — including the rest of the Buchholz players — whose fathers played hockey for Waupun.

“You have families who stick around the area and they have larger families,” Jason, who played for the Warriors from 1988-1992, said. “They play hockey and then their kids play hockey and so on. When you get teams where you have a good number of dads who played hockey themselves, not only are they getting coached (at the rink), they’re getting talked to at home. The parents know what to expect. That helps the team big time.”

“I think having that ability to go back and lean on your parents or lean on the program that has a lot of tradition definitely helps where we’re at,” said Jason, whose father, Steve Buchholz played for Waupun for the first three seasons of existence, from 1970-1971 to 1972-1973.

What also helps is most of the current players played for the same pee-wee hockey team in Waupun and were coached by Baron’s dad, Brant.

“It helps because we know what we have to do — where we’re going on the ice, so we’re able to make passes others might not be able to,” Carter Schramm said.

“I think our lines are working better right now than last year,” Baron Buchholz said. “Our chemistry and our attitudes towards playing is a lot different than last year.”

Jason Buchholz said he had an inkling the Warriors would have a better season than last year’s team that finished 6-15-2 overall and near the bottom of the Badgerland Conference standings at 2-4-1 before bowing out of the postseason in the second round.

“It’s probably better than I anticipated at the beginning of the year,” Jason Buchholz said. “Just knowing the numbers and our depth and looking at what we had, I knew we had talented players. The guys that came back from last year were guys that were going to score goals, but I didn’t know how we would be able to play in the big games against some of the teams that run three lines and we only have two lines and that’s it.”

The Warriors were also two-deep in line rotations a year ago, but fatigue then was a bigger mental hurdle to overcome than it has been this season.

“We got tired and you could see it on the ice,” Jason Buchholz said. “Guys didn’t give it their all. Then they didn’t get the much needed rest when they did come off. This year, guys aren’t stopping on the ice. They’re playing through the whole shift. They’re getting off and making sure they get that rest.”

Endurance is particularly important for the Warriors because of their lack of depth. That's something the players are by and large used to, though, because most of them played with nine- or 10-man youth teams.

And they've been up to the challenge this season, competing well against some of the top-ranked teams in the state. The Warriors tied D2’s top ranked team, Fond du Lac St. Mary’s Springs, 1-1 on Jan. 23rd. They lost to Fond du Lac 3-2 in the Badgerland tournament on Jan. 31st, and 5-3 at the beginning of the season. They also played well against Northland Pines, ranked second in D2, on Jan. 17th, losing 4-2.

The Warriors did notch a 2-1 victory over Neenah co-op, the team that finished one spot ahead of them in the Badgerland in third place, on Feb. 1 to spark a three-game winning streak where they’ve outscored teams 21-6.

“I think our team is really good right now,” Micah Buchholz said. “We have two solid lines and four solid defensemen. Shutting down some of the best teams is pretty easy for us.”

Many of the goals for the Warriors are coming from Jarrett and Malachi Buchholz who lead the squad in points this season. Jarrett leads the Warriors with 57 points (27 goals, 33 assists) and is three ahead of Malachi’s 54 (37, 17).

“They’re putting the puck in a lot this year,” Baron said. “They’re on the same line. They have that Buchholz connection. They’re going crazy this year. I think that’s been a major change. They’ve just been finding the net a lot more this year.”

Malachi agreed, saying, “Me and Jarrett have been on the same line since pee wees and we’ve always had a connection. We’ve always been scoring goals.”

Scoring goals hasn’t been the only thing that’s gotten better this season for the Warriors, as their defense has also improved.

“I think it’s knowing that we can win and having confidence,” Fromolz said of why the dramatic improvement from last year to this year. “I think it’s a little more confidence since our team didn’t really change."

If at first you don’t succeed, try, try again.

The Waupun prep boys hockey team is 15-6-2 on the season and will close out the regular season on Monday vs. Cedarburg. The Warriors then open the WIAA Division 2 postseason as a No. 2 seed in next Thursday's regional semifinals and play host to seventh-seeded Stoughton.

Waupun's Baron Buchholz is one of four Buchholz players on the team. Also on the team are his cousins Jarrett, Malachi and Micah.