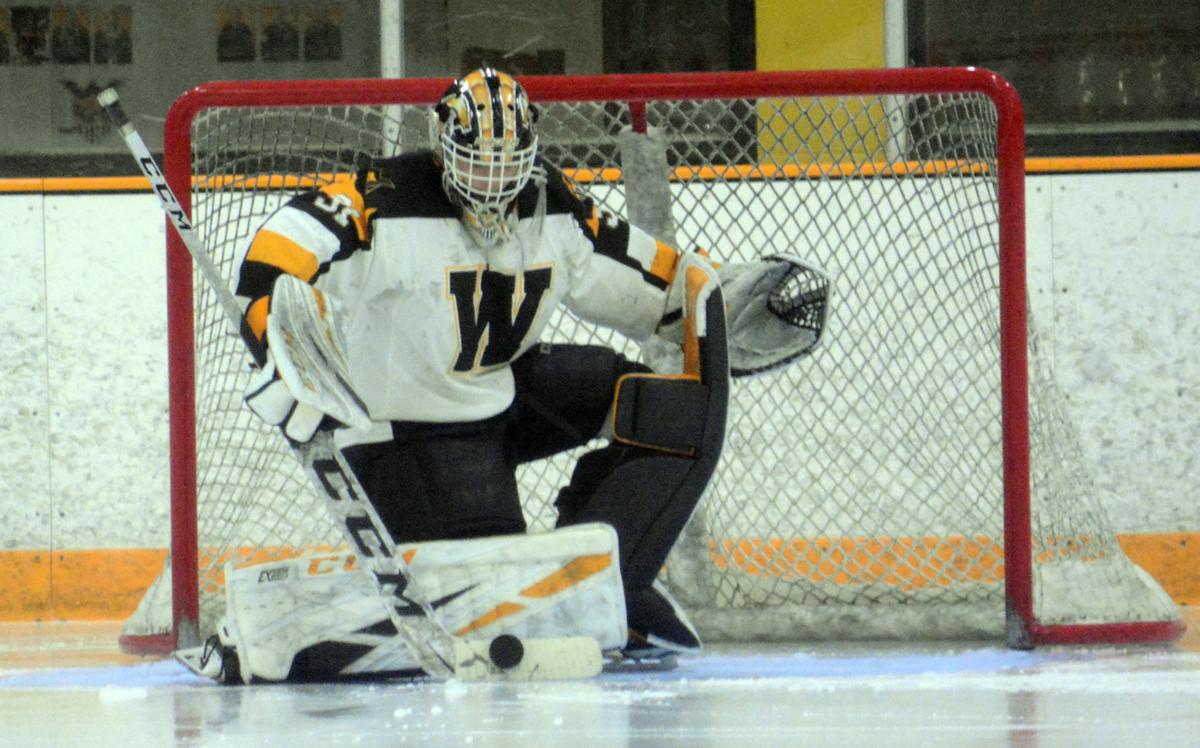 Waupun sophomore goalie Tyler Fromolz had a saves percentage of 92.2 and allowed only 2.21 goals per game during Badgerland Conference play this year, helping him earn second team all-league honors. 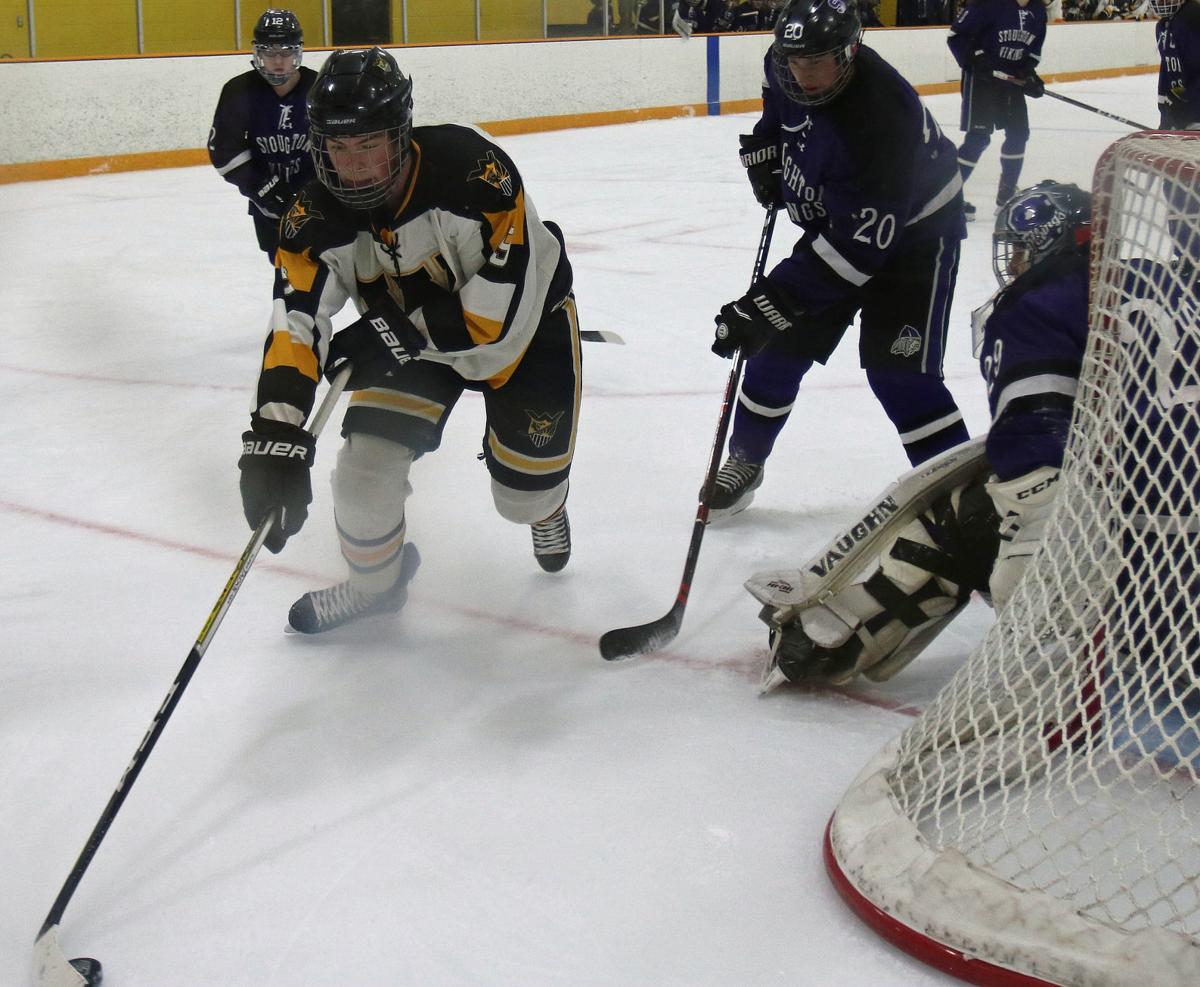 Waupun senior forward Jarrett Buchholz (left) set a single-season program record for assists this season with 43 and was voted as second-team All-Badgerland Conference. 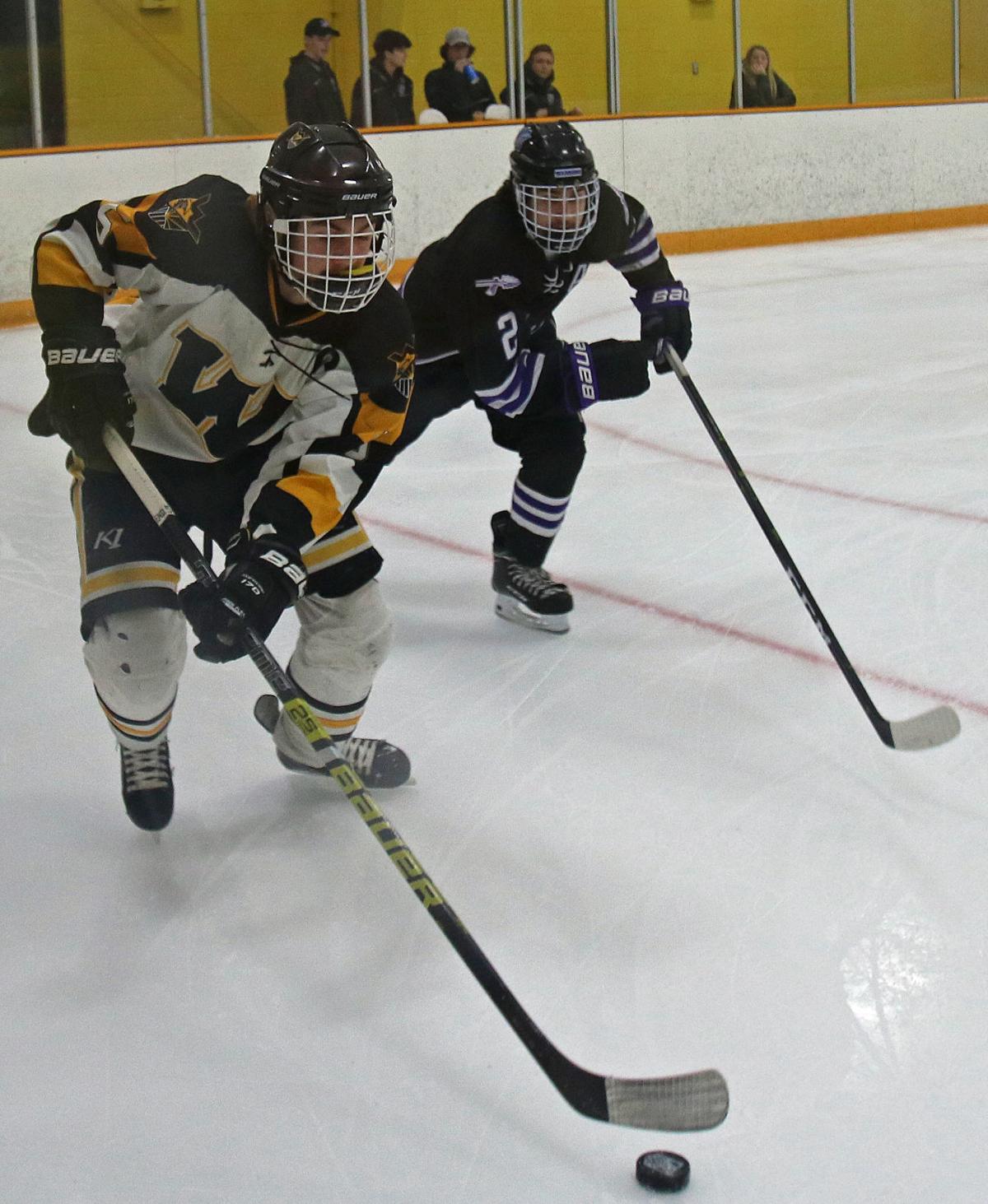 Waupun senior forward Malachi Buchholz (left) set a single-season program record for goals this year with 45 and was tabbed as second-team All-Badgerland Conference.

Sophomores typically have a high bar to reach in order to make an impression so early in their high school sports career, and Tyler Fromolz reached it this year for Waupun’s prep boys hockey team.

The Warriors advanced to the Division 2 sectional finals before falling to eventual state champion Fond du Lac St. Mary’s Springs, and they finished 18-7-2 overall after having spent much of the year ranked in the top six in D2 by WisconsinPrepHockey.net. They also finished fourth in the seven-team Badgerland Conference at 4-3-1.

And a big reason for all the success was Fromolz, the team’s goalie who in the eight conference games had a saves percentage of 92.2 and allowed only 2.21 goals per game against league foes. For his efforts, the netminder was chosen as second team all-Badgerland Conference.

Fromolz was in effect the Warriors’ only goalie, as the team’s backup had played forward most of his life and was taking reps between the pipes this year in order to help out the team, Waupun coach Jason Buchholz said.

“Tyler was crucial and our MVP of our team this year,” Buchholz added. “If he would’ve went down being sick or injured, I think our team overall would’ve struggled without him probably more than any other player. He was definitely a key to our season.”

Fromolz also had one shutout on the season and overall, counting the three postseason games Waupun played in, had a saves percentage of 92.6 while allowing an average of 2.2 goals per game. He played all but one period of the season in net for the Warriors.

“If Tyler wasn’t there,” Buchholz said, “I don’t think we would be anywhere close to the numbers we were able to produce this year.”

Speaking of the numbers, Buchholz’s son Jarrett Buchholz and nephew Malachi Buchholz put up some gaudy offensive numbers for the Warriors as well. As such, Badgerland coaches voted them as second-team forwards.

They were also voted as honorable mention all-state by the Wisconsin Hockey Coaches Association.

“Those two together were able to really take control of games and dominate,” Jason Buchholz said. “They really played off of each other very well.”

“Malachi was really able to put the puck in the net, which I think was really key to the points that Jarrett had because most of his career he was a pass-first kind of guy,” Jason Buchholz said. “He was able to set guys up and give them really good opportunities to score. This year, Malachi was able to put the puck in the back of the net and found confidence in that.

“Both of those two just continued to work game in and game out.”

Schramm finished the conference season with three goals and three assists for six points, but overall had 20 goals and 21 assists for 40 points, which was third on the team.

“He was very balanced,” Jason Buchholz said. “He was the leader of one of our top two lines. It’s hard to say we had a No. 1 line or No. 2 line — we had two really strong lines. Malachi and Jarrett were on one line pretty much all year and Carter Schramm was on our other line. He was able to anchor that. He had a lot of really good games this year. He scored a lot of game-winning goals and a couple were in crucial situations.”

Levey was fourth on the team during conference play with six points (three goals, three assists). Overall, he finished with 27 points (11 goals, 16 assists), which was fifth on the team.

“We pretty much played three defenseman most of the season,” Buchholz said. “Sometimes we had an extra defenseman back there to help them out, but he was on the ice quite a bit for a defenseman. He put up a good number of points as far as a defenseman goes.

“He’s quick and shifty, and he could move the puck up the ice. He skates very well in certain situations.”

“They were definitely the heart and soul of our team,” Jason Buchholz said.

Waupun sophomore goalie Tyler Fromolz had a saves percentage of 92.2 and allowed only 2.21 goals per game during Badgerland Conference play this year, helping him earn second team all-league honors.

Waupun senior forward Jarrett Buchholz (left) set a single-season program record for assists this season with 43 and was voted as second-team All-Badgerland Conference.

Waupun senior forward Malachi Buchholz (left) set a single-season program record for goals this year with 45 and was tabbed as second-team All-Badgerland Conference.