This date in history has been kind — and exciting — to the Beaver Dam American Legion Post 146 varsity baseball team. In 2015, catcher Ryan Kaul saved a run in the bottom of the eighth inning with a web gem to throw out a runner at third and then belted a go-ahead two-run homer in the top of the ninth to lead Post 146 to a 7-5 victory over Onalaska in a win-or-go-home game in the loser’s bracket of the Wisconsin Class AA state tournament in Kaukauna. Fifteen years earlier at the Class AA state tournament in Kimberly in 2000, Eric Baldwin hit a solo shot to lead off the seventh inning and tie the game at 5 and Tyler Byrnes belted a two-run shot later in the frame to make it 7-5 in Post 146’s eventual 7-6 victory over Ladysmith at the Wisconsin Class AA state tournament in Kimberly. Future University of Wisconsin football team star, NFL player and current Badgers defensive coordinator Jim Leonard was 1-for-3 with two RBIs for Ladysmith. Beaver Dam went on to win the state title that year.

Green Bay Packers president and CEO Mark Murphy spent almost nine hours with Brett Favre’s agent, James “Bus” Cook, in Hattiesburg, Miss., in hopes of negotiating an accord with the quarterback, who recently announced he was coming out of retirement. With the Packers beginning training camp back in Green Bay, reports broke that the team had offered Favre a “substantial salary” to remain retired. After the meeting, Cook said Favre’s intentions were to return to Green Bay to rejoin the team.

Paul Molitor extended his hitting streak to 14 games with a one-out double to the left field corner in the sixth inning, and then drove in two runs with a double in the seventh, leading the Milwaukee Brewers to a 6-1 victory over the Chicago White Sox at Milwaukee County Stadium. Molitor’s hitting streak would eventually reach 39 games, the seventh-longest in baseball history.

Milwaukee Braves manager Bobby Bragan said his pitchers threw 75-80 spitballs during a 9-2 loss to the San Francisco Giants. Bragan said he ordered the spitballst to be thrown in order to prove that rules preventing them weren’t being enforced.

Willie McCovey went a perfect 4-for-4 in his Major League Baseball debut.

The 10th Summer Olympics opened in Los Angeles. It was the last Olympics before the tradition of there being a ceremonial lighting of the Olympic cauldron prior to the games beginning.

Portage scratched a run across in the top of the second inning to break apart a tie game and take the lead, but the damage could have been a l…

A blister on his left index finger landed Anderson on the injured list to start the season.

THIS DAY IN SPORTS HISTORY: Packers deal Favre to Jets in 2008 trade

Amid uncertainty about himself and the 2020 season, Aaron Rodgers says, ‘I don’t know what the future holds’

“Obviously, this year presents different types of challenges than years past. And it’s crazy to think of, that those are the types of conversations that we have to have in order to play,” Rodgers said. “But that’s the reality we live in.”

Figures released by UW on Thursday showed 21 athletes testing positive among 259 who were tested between June 8 and Wednesday.

Sean McGann and Jason Manke were separated by one stroke after two days and 36 holes at Baraboo Country Club.

"Without further investment from our community, the experience we love as Badgers is at risk," athletic director Barry Alvarez said in a letter to football season ticket holders. 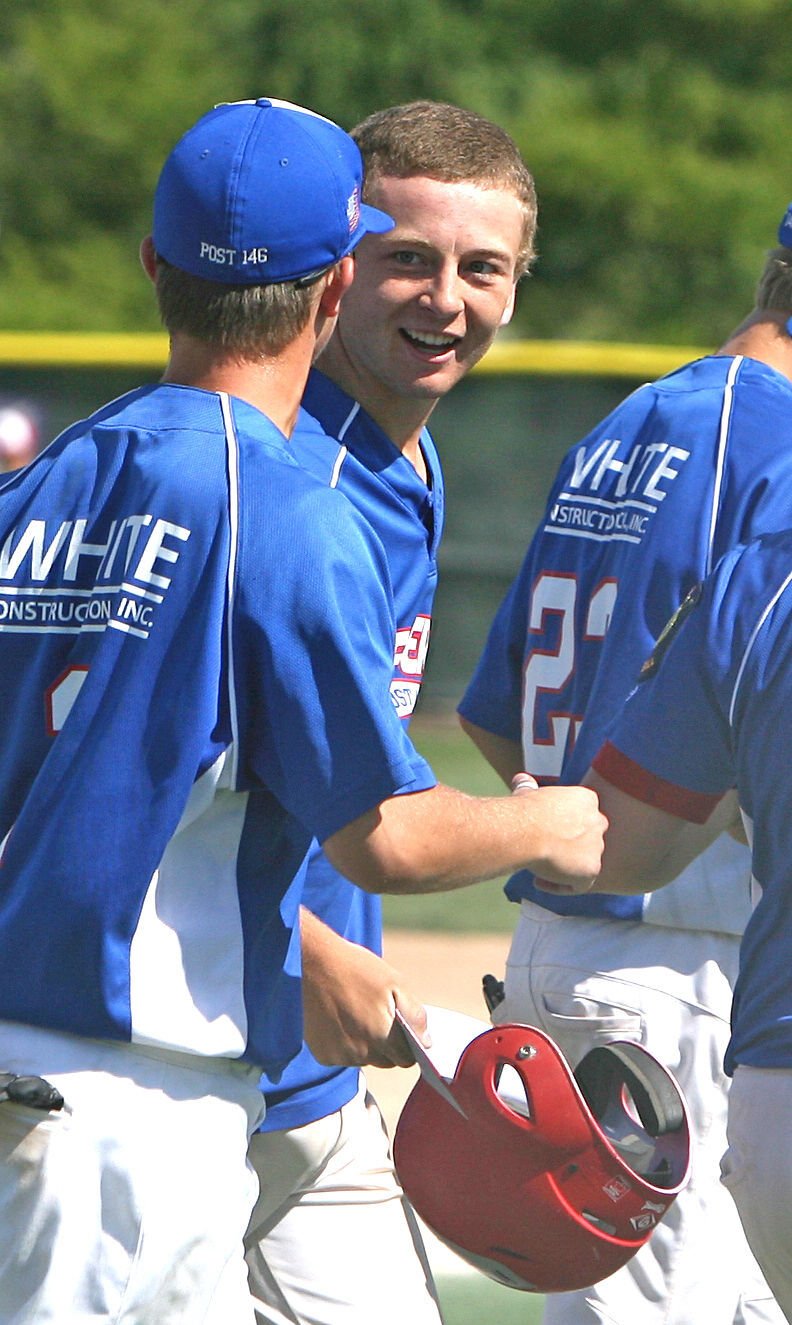 Beaver Dam's Ryan Kaul (facing) and Skylar Eberle chat as they walk back to the dugout following Kaul's ninth-inning go-ahead two-run home run on Thursday night during BD's 7-5 win over Onalaska at the Class AA state tournament in Kaukauna. 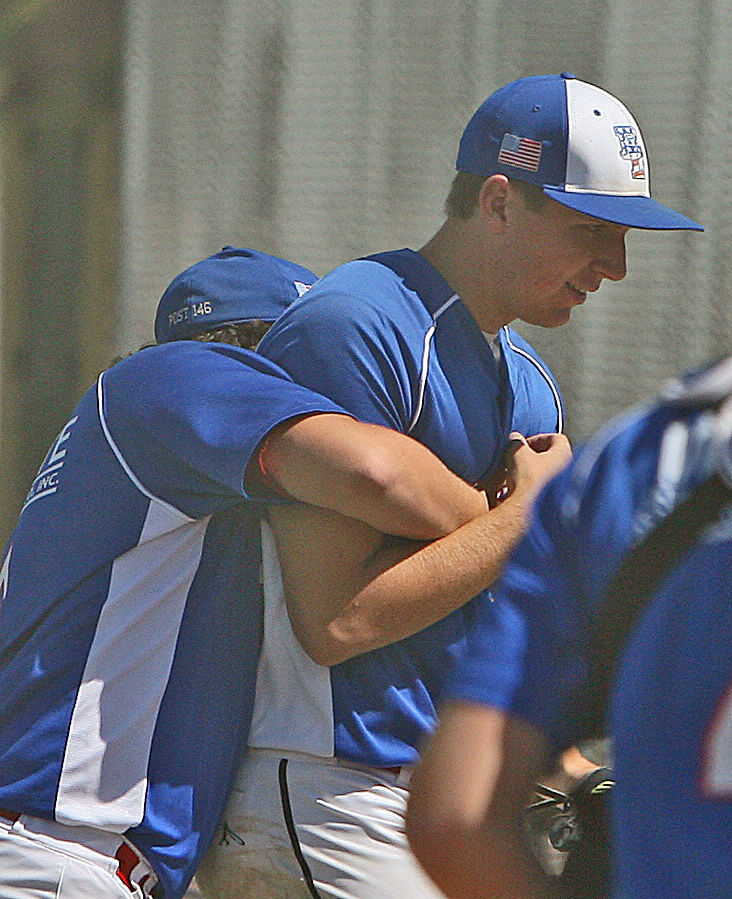 Beaver Dam's Kyle Jarogoske (left) hugs rightfielder Nick Klavekoske after Klavekose threw out a runner at home to end the bottom of the seventh and preserve a 5-5 tie. BD would go on to defeat Onalaska 7-5 in a loser's bracket game at the Class AA state tournament in Kaukauna, staying alive to face Shawano today at 1 p.m. 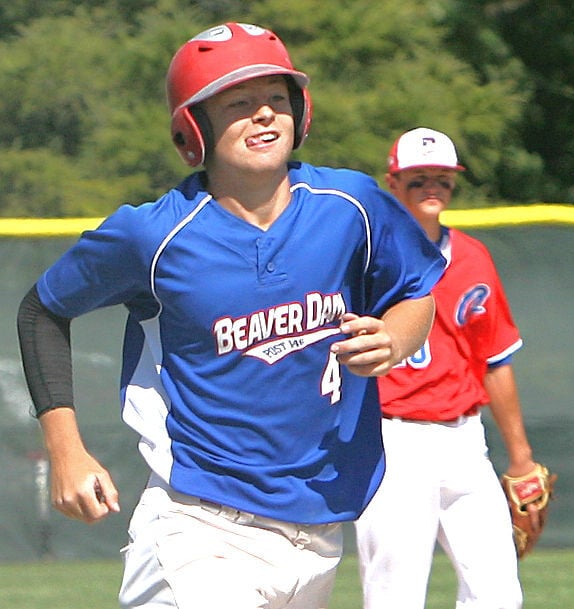 Beaver Dam's Ryan Kaul trots home from third as he rounds the bases following his ninth-inning go-ahead two-run home run during BD's 7-5 win over Onalaska on Thursday afternoon at the Class AA state tournament in Kaukauna. 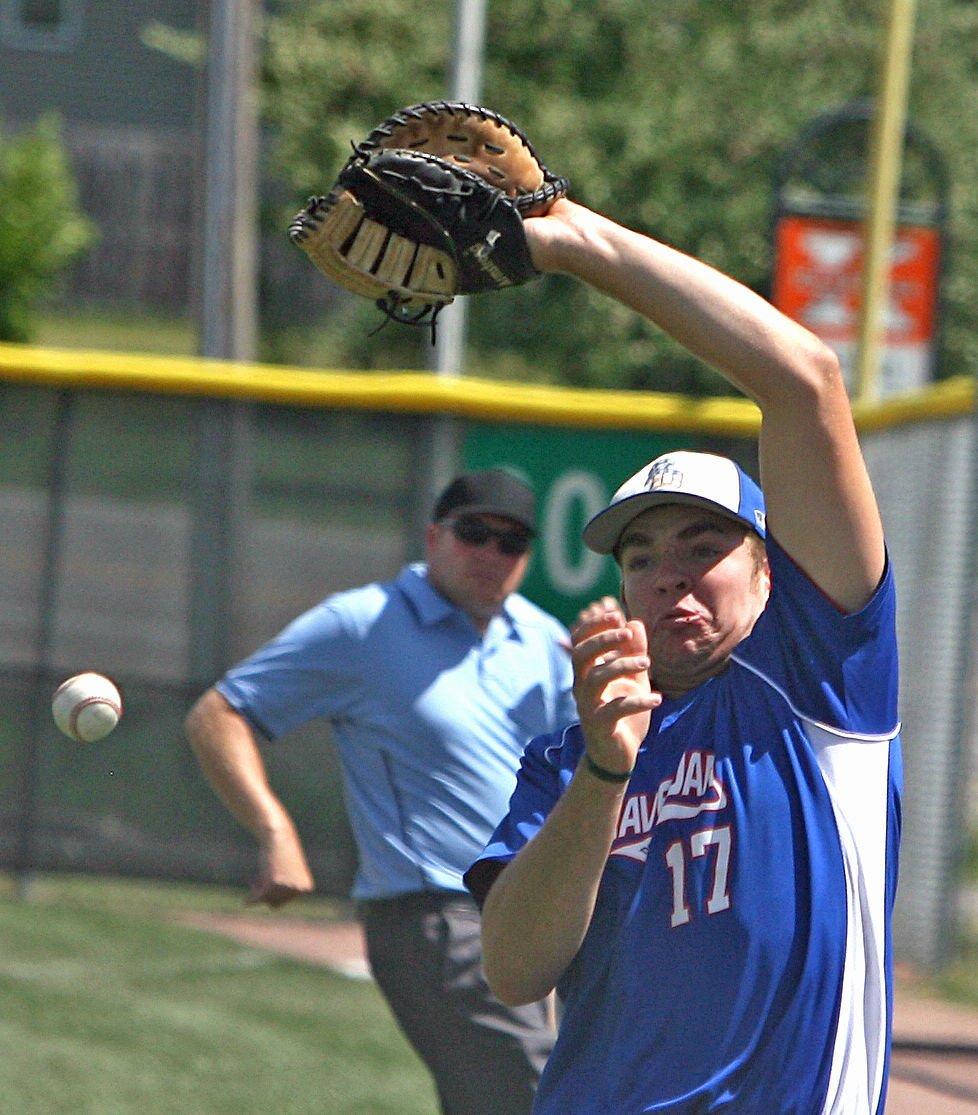 Beaver Dam first baseman Spencer Butterbrodt reacts as a foul pop up glances off his glove during the bottom of the sixth inning Thursday afternoon in BD's 7-5, nine-inning win over Onalaska at the Class AA state tournament in Kaukauna. 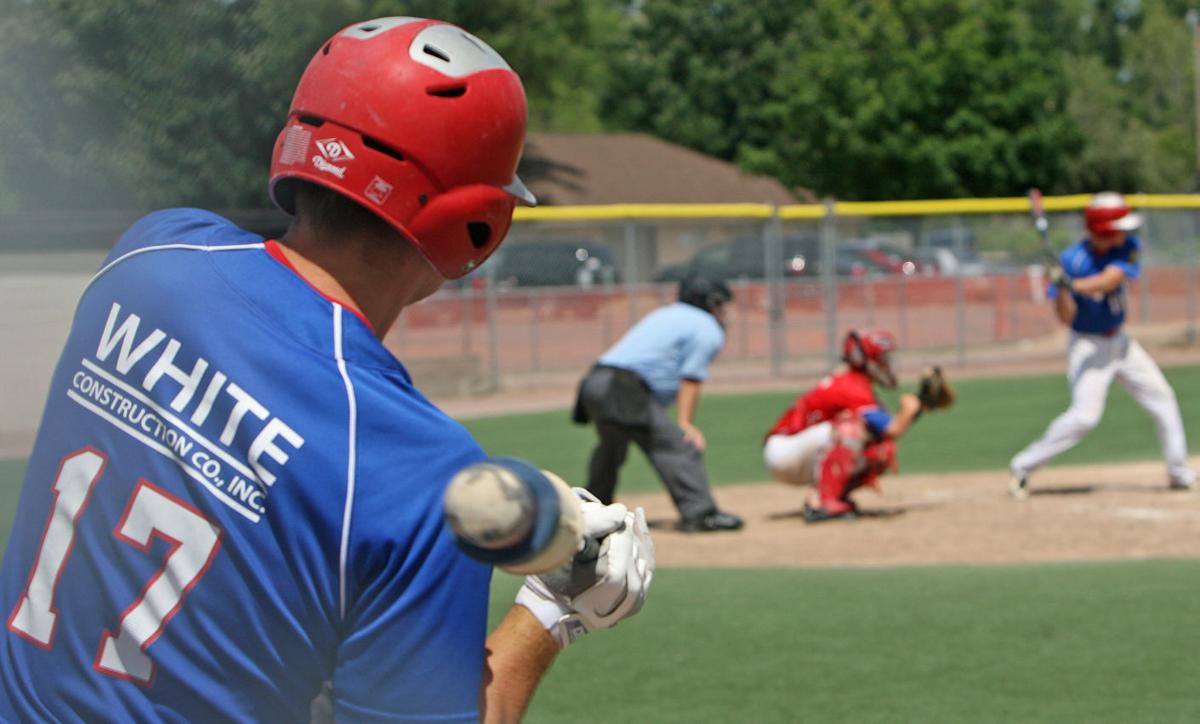 Beaver Dam's Spencer Butterbrodt (17) takes a practice swing in the on-deck circle as Laine Yagodinski bats during the top of the third inning on Thursday afternoon in BD's 7-5, nine-inning win over Onalaska at the Class AA state tournament in Kaukauna. 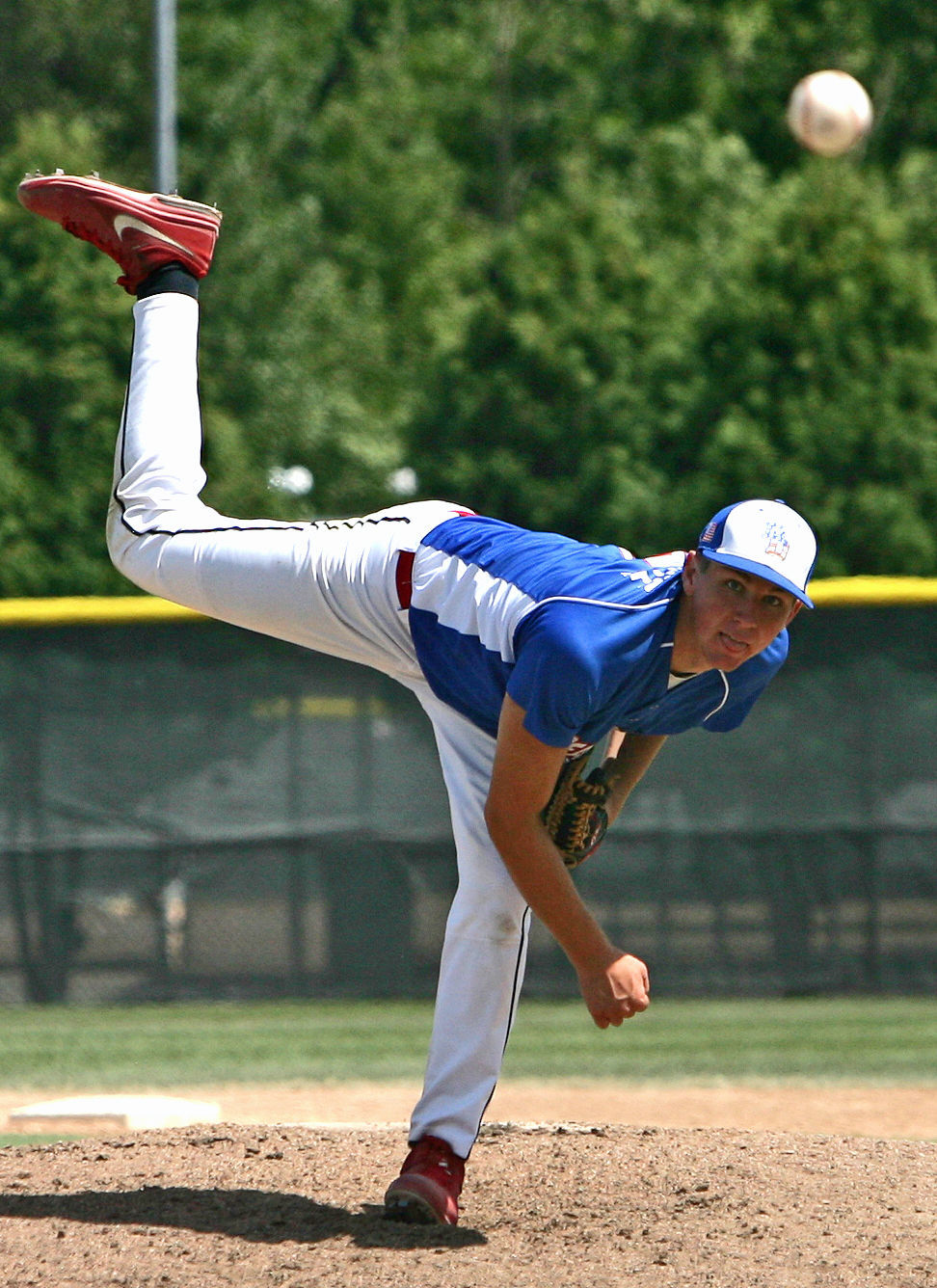