The announcements of the departures were made early this year, about a month apart and were a blow to the Downtown business district.

A Room of One’s Own bookstore and Community Pharmacy had been staples of the central city since the 1970s and neighbors since 2011.

They were among the oldest businesses on or near State Street and beloved for their local ownership, customer service and Madison vibe.

A proposed redevelopment at the corner of State and West Gorham streets in the form of a high-rise apartment building with pricey ground-floor commercial space forced the moves, but both pharmacy and bookstore have found new foundations with character, community, less expensive rents and business models designed to secure their future.

A Room of One’s Own allowed customers into their new space at 2717 Atwood Ave. for the first time this past week to reveal a slightly smaller space than their Downtown location, but one with high ceilings, wood beams and skylights added to the building that was constructed in 1916.

Community Pharmacy is a few blocks away in a brick building constructed in 1925 at 130 S. Fair Oaks Ave. Adjacent to a new apartment building with another across the street, it includes a parking lot and a well-organized retail space, multiple windows, a homeopathic section, built-in shelving and historic signage.

The moves to the East Side were not coordinated but are strong additions to one of the city’s most historic neighborhoods that includes shops, restaurants, Olbrich Botanical Gardens and the restored Garver Feed Mill.

“It’s really awesome,” said Barb Brown, who has worked at Community Pharmacy since 1985. “I am so happy that we ended up virtually in the same neighborhood. We have been next to each other for decades ... and I’m glad we’re still within a couple of blocks. The whole Atwood neighborhood is lovely.”

In January, a Chicago company that specializes in large housing projects in college communities proposed a more than $100 million, 10-story structure fronting the 300 block of State Street with 481 units, retail space and parking that would raze most of a Downtown block that had been home to the bookstore, pharmacy and Gap store, along with Chaser’s Bar & Grill, Red Rock Saloon and Terry’s Car Care.

There have been calls to retain some of the historic buildings in the proposed redevelopment. But for Community Pharmacy and A Room of One’s Own, it offered an opportunity to better position the businesses both physically and fiscally.

“We both really lucked out with both of these locations,” said Caide Jackson, who has worked at the bookstore for two years and oversees queer literature. “We’ve essentially been gentrified out of our spaces.”

The bookstore has been closed to walk-in business since March 2020 but has survived with online sales. Remodeling of the new space, at one time the home of Madison Motor Car Co. but more recently Threshold, an event and business incubator space, began in April with the move from the Downtown beginning at the end of July.

When the new store opened to walk-in customers on Oct. 3 there was a line outside for most of the day as the store only allows 30 people at a time inside the business due to COVID-19 concerns.

In 2018, Rothfuss, along with longtime store employees Gretchen Treu and Jes Lukes, purchased the bookstore from Sandi Torkildson, who co-founded the business in 1975 in a 2,000-square-foot space at 317 W. Johnson St. The store, its name taken from a phrase in a Virginia Woolf essay, moved to a 3,000-square-foot space at 307 W. Johnson St. in 1997 and doubled its size in 2011 when it moved next to Community Pharmacy and into space that included past tenants Avol’s Books, Canterbury Booksellers and The Factory, a bar that hosted Jimi Hendrix in 1968 and where a year earlier Otis Redding was scheduled to play before his plane crashed into Lake Monona, killing the singer.

The base rent for the stunning 4,500-square-foot Atwood Avenue space, which feels larger due to its high ceilings, is about half the rent the store was paying at its former 5,000-square-foot Downtown location at 315 W. Gorham.

Sam Faulkner, who has been with the store for five years, said there is less space for used books and limited storage, and there were initially concerns about losing walk-in traffic if they moved from Downtown. Those concerns have quickly been put to rest.

“I think it shows how deep the roots are among the community here,” Faulkner said. “The amount of response we got from the community who live right around here let us know that these are people who live here, they’ve raised families here or they grew up in this neighborhood themselves. The relief they had that we would be closer to them lets us know how much a treasured local institution Room of One’s Own is.”

At Community Pharmacy, business is up 10% and rent on the space, which is about 1,700 square feet smaller than the Downtown location, is about 60% less.

A large opening was cut into the brick wall on the building’s north side to create a pharmacy counter while the exterior signs from the Downtown location hang inside. There are also signs salvaged from the basement of the old location that go back to the early days of the business.

Outside there is a patio, parking lot, an adjacent bike path and room for a garden.

The pharmacy was founded in 1972 at 666 State St. as Wisconsin Student Association Pharmacy and switched to a workers collective model in 1974. The business moved to its most recent Downtown location location in 1984 and became a worker cooperative in 1995. It’s believed to be the only, or one of the very few, pharmacies in the country that’s a worker-owned co-op.

The pharmacy, which also has a Middleton location, has struggled in recent years. Customer counts have continued to drop and declining reimbursements from insurance companies are failing to cover costs. An aging customer base, a shift to online shopping and the departure of other longtime retailers from State Street added to the pharmacy’s challenges.

The move this summer has breathed new life and energy into the pharmacy.

“It’s been really heartening to see some of our same customers from Downtown visiting us at our new location,” said Brendan Schwaab, who helped orchestrate the move. “It’s been lovely to get to to know people in the neighborhood and to become part of the community and the neighborhood over here. After 49 years there’s still an important role in the Madison community for our pharmacy.”

Photos: Community Pharmacy and Room of One's Own book store through the years

Watch now: Take a tour of a virtual convenience store

How You Can Beat the ‘Target Effect’ and Ultimately Save Money

How You Can Beat the ‘Target Effect’ and Ultimately Save Money

Get the latest local business news delivered FREE to your inbox weekly.

Madison-based startup Virent, which makes fuel out of plants for cars and airplanes, is propelling United Airlines in its effort to combat climate change.

The move, already a standard at many of its urban stores, is designed to prevent drive-offs and to free up employees from constant monitoring.

On Retail: Major award for Room of One's Own; Canoecopia to return to an in-person event

Gretchen Treu and Wes Lukes have been named 2021 Superstars by Publisher's Weekly, a program that honors up-and-comers in the book business while Canoecopia returns to Alliant Energy Center March 11-13.

An activist investor is pushing department store chain Kohl's Inc. to either sell the entire company or spin off its e-commerce division.

6 steps to higher net worth: A year-end financial checklist

Here are six easy-to-implement steps to help boost your net worth going into the new year. Plus, check out more personal finance tips from experts.

The Mount Horeb-based clothing and tools supplier said it had net income of 9 cents per share and revenue of $145.3 million in the period, both up strongly over the same period a year ago.

What's in your wallet? If you're a Capital One customer, it might soon be more money.

The store, that also allows pickup at 420 State Street, has a goal of delivery in 30 minutes and is the first in what the company hopes will be many. 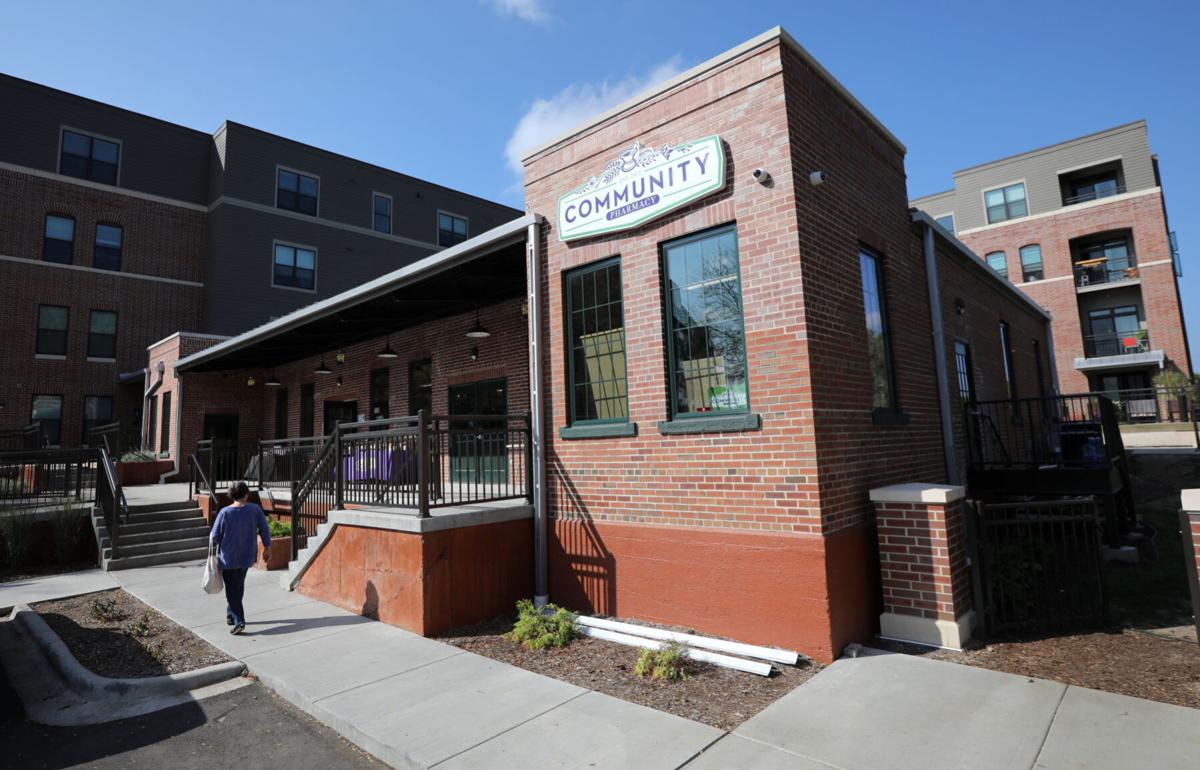 Community Pharmacy on South Fair Oaks Avenue is adjacent to an apartment building and across the street from another. 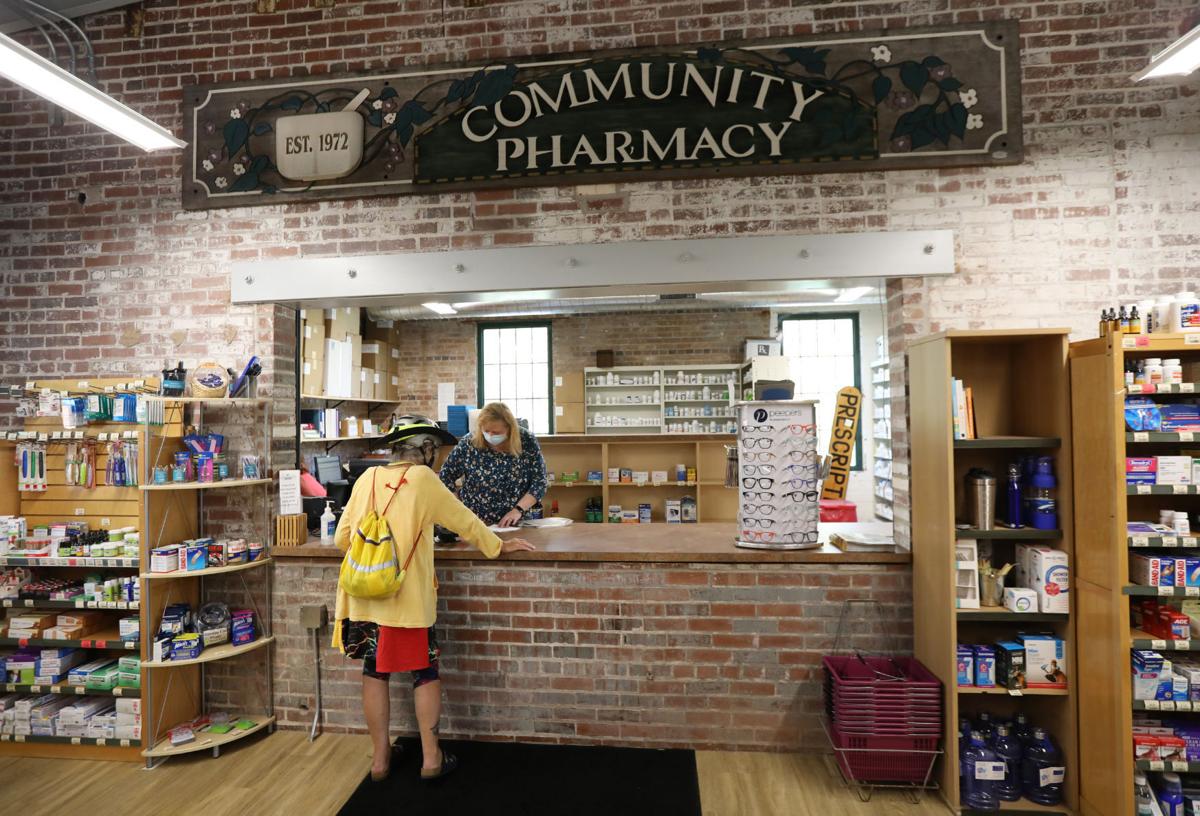 Technician Karen Solien helps a customer at the pharmacy counter in the new space on South Fair Oaks Avenue for Community Pharmacy. The business was founded in 1972 and is now housed in a brick building constructed in 1925 near Garver Feed Mill and a bike path. 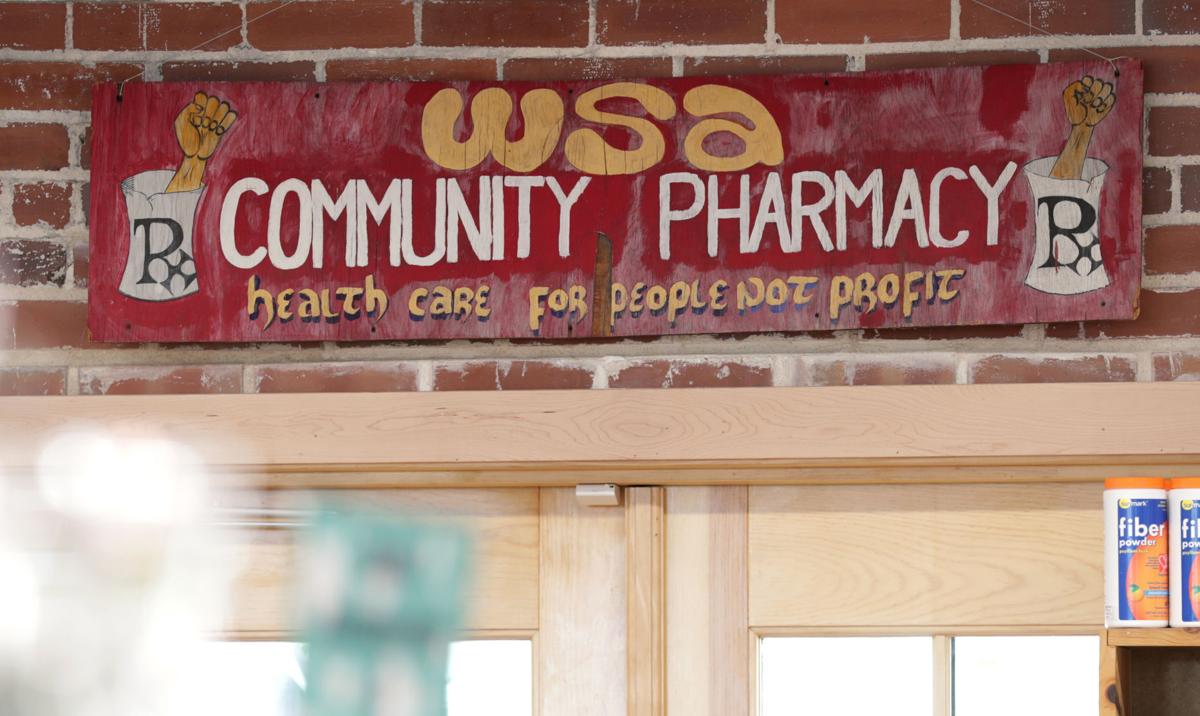 A vintage sign from the early days of Community Pharmacy is displayed on a wall of the store's new digs at 130 S. Fair Oaks Ave. 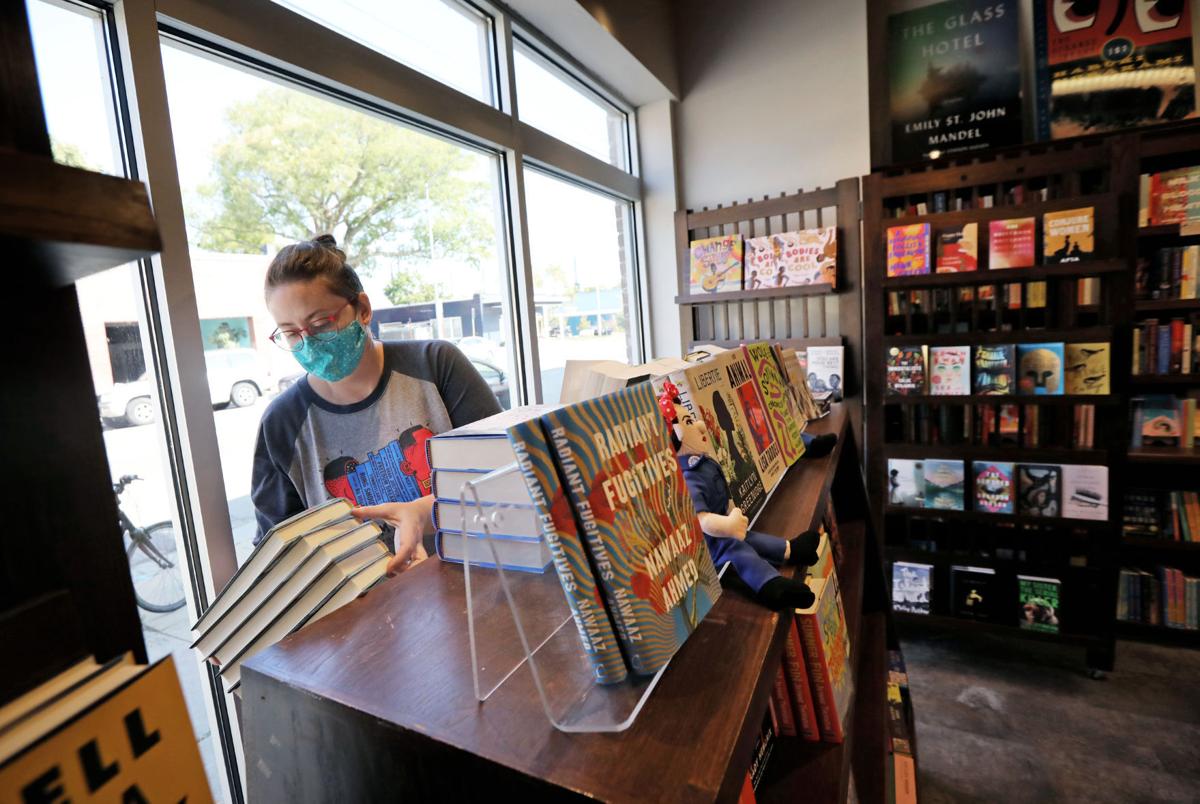 Sydne Conant organizes books in the front window of A Room of One's Own on Atwood Avenue. The store opened to walk-in traffic on Oct. 3 after closing to in-person shopping in March 2020. 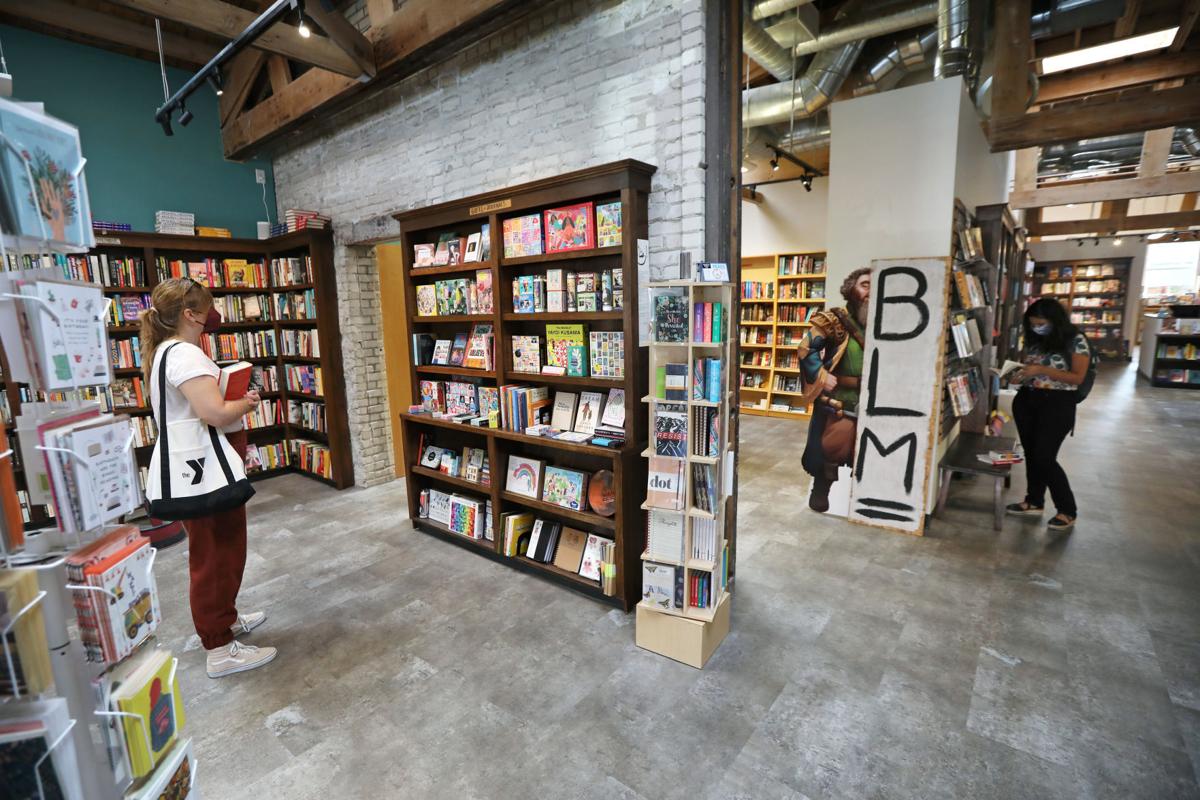 Customers browse the bookshelves at A Room of One's Own on Atwood Avenue. 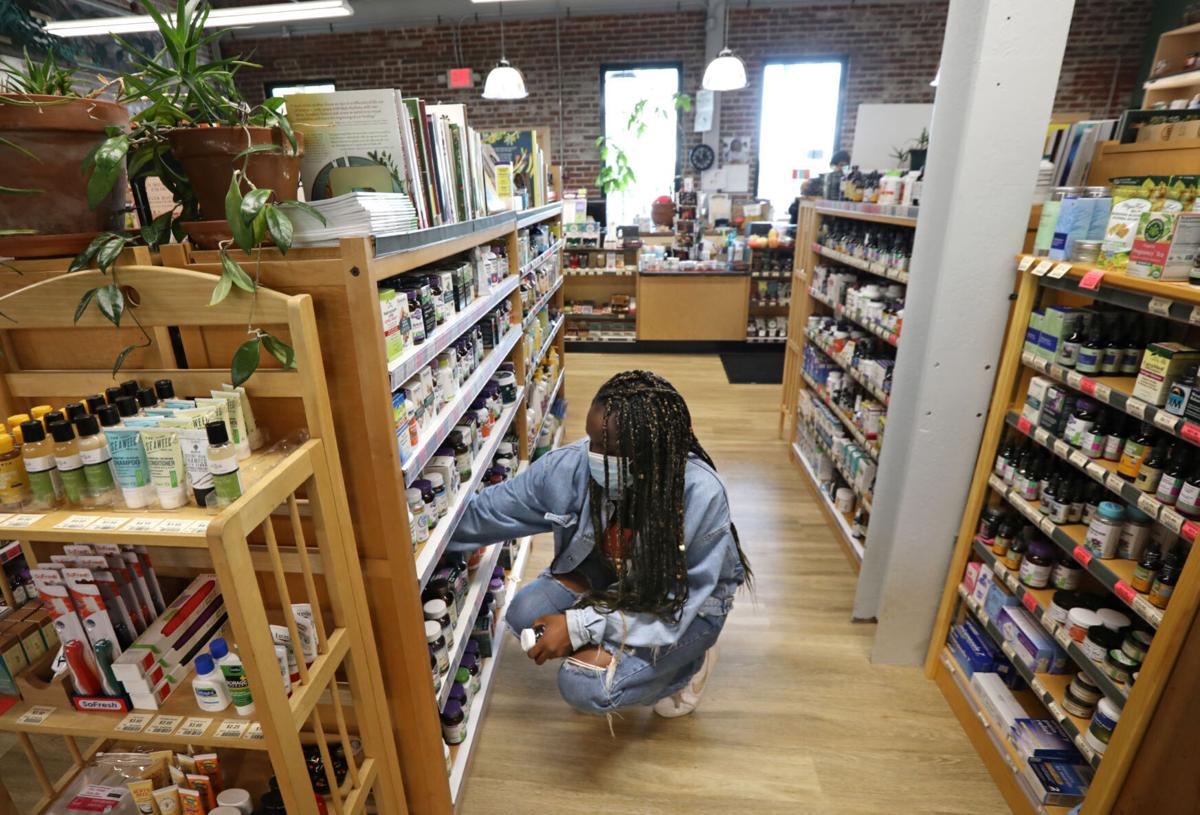 Employee Kyah Fuller stocks the shelves at Community Pharmacy in Madison. Much of the shelving in the new space was salvaged from the former Downtown location. 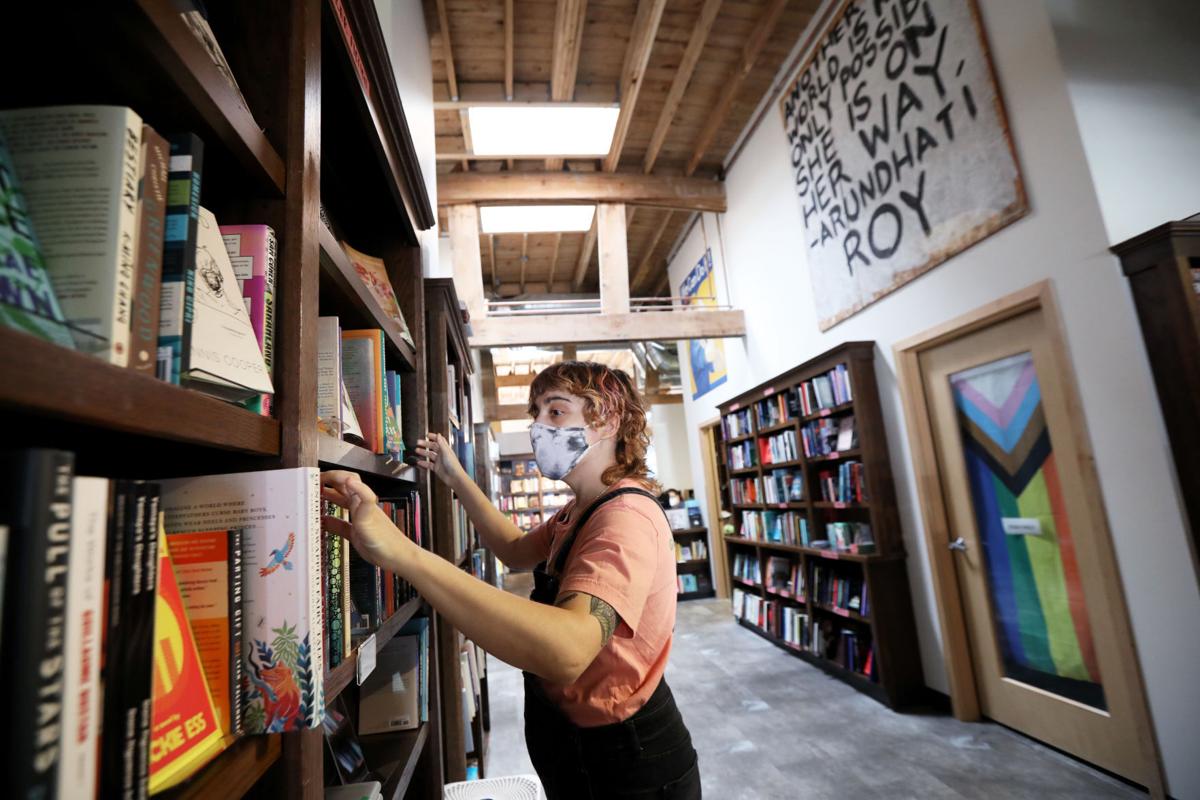 Misian Taylor arranges books at A Room of One's Own, 2717 Atwood Ave., which recently moved from Downtown, where the store had been a staple since the 1970s. 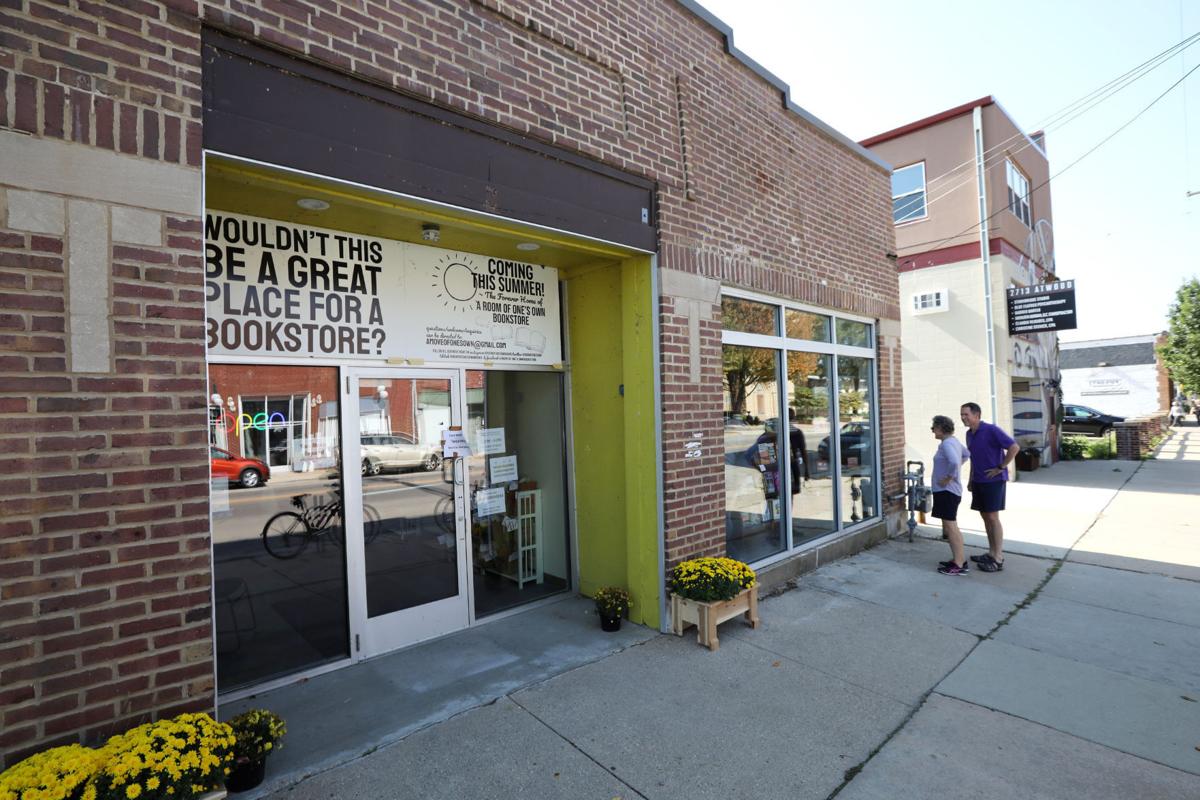 A Room of One's Own opened to walk-in customers on Oct. 3 and has quickly become melded into its East Side neighborhood. The building was constructed in 1916 for the Madison Motor Car Co.