STOUGHTON — Under the harsh light of fluorescent bulbs in an unadorned warehouse, Claudia Manzanilla picks up a stiff mink pelt and runs her fingers along the silvery fur.

In less than a second, she assesses the length of the fur, sorts it and grabs another seemingly identical pelt from a pile of stiffened animal skins.

The evaluation is one step in an elaborate process to grade the furs provided by American mink farmers before they’re sold — a step that almost didn’t happen this year.

But a Finnish competitor has stepped in, breathing new life into the state’s oldest industry. NAFA, a corporate descendant of the Hudson Bay Co. and the largest fur auction house in North America, was the primary outlet for American fur farmers.

The closure created uncertainty about where they would sell this year’s crop and whether they would be paid for previous years’ consignments, said Michael Whelan, executive director of Fur Commission USA, the fur farmer’s trade association. (Mink farmers contacted by the Wisconsin State Journal declined to comment.)

According to court documents, NAFA has almost $25.8 million worth of consigned pelts in warehouses around the world and has been fielding calls from farmers and producers trying to get them back. Records list more than $300,000 in unsecured debts to Wisconsin farmers.

However, NAFA worked out a deal to sell its American business to Saga Furs, a publicly traded fur auction house based in Vantaa, Finland.

Charles Ross, general manager of Saga Furs North America, said the company’s strong financial standing allowed it to provide a “soft landing” for NAFA and a seamless transition for farmers, who will be able to work with many of the same buyers and graders.

Saga buys furs from across the Northwest — including Washington, Oregon and Idaho — as well as Canada and as far away as South America. But it’s not by chance the grading operations are in Wisconsin, which for years has been the nation’s top producer of farm-raised mink and where Saga had a ready workforce of skilled graders.

Brian Balaam, who spent about 20 years with NAFA before being hired as Saga’s product manager, said ranchers in Europe and China can’t raise the same quality black mink as U.S. ranchers, who have mastered the art of breeding and have access to higher-protein feed.

Ross said he’s excited to introduce the products to overseas buyers unfamiliar with North American mink. “I think they’re the best in the world,” Ross said.

Saga moved into the Stoughton offices just after Thanksgiving and has hired about 40 workers, including many former NAFA employees, who are busy preparing some of the 2 million pelts that business manager Chris Vaughan expects to sell this year.

Saga, which deals exclusively in farm-raised mink, did not take over NAFA’s processing facility, which remains vacant.

The company takes in pelts — dried and stretched to about three-feet long — that will be sold at auctions in Helsinki before being passed on to dressers and dyers who turn the stiff “raw” hides into the supple material stitched into coats and other fashion accessories.

Pelts are sorted by size, nap length and quality of fur — gold, silver or VSL (very slight damage). Each is handled by multiple graders, some who’ve spent decades honing their skills.

Manzanilla, 27, has been working with fur since she was 18. “My first job,” she said. “It’s very interesting.”

Each pelt is tagged with a unique ID number and barcode that allows buyers and fashion designers to know what farm it came from and farmers to evaluate their breeding stock.

Ross said traceability is essential in an industry trying to defend its image. “Designers want to know, how was the animal treated?” he said.

The price will be determined by factors like quality and size as well as market conditions. U.S. mink farmers last year received an average $26.60 per pelt, according to the USDA.

Pelts are sorted into more than a dozen natural color variations, from black and mahogany to white. Ross expects pastel — actually a dark beige — will be especially hot this year.

“It’s a balance between supply and demand and what’s in fashion this year,” Ross said. “What color is popular — that’s a moving target.”

The first white explorers who ventured up the Mississippi River and across the Great Lakes in the early 1600s came in search of fur, which had been largely depleted in Europe. They set up trade with the native tribes, offering jewelry, metal tools and guns in exchange for pelts.

“At one point, all people — native and European — who were living here were in one way or another engaged in this business,” said Robert Birmingham, a former state archaeologist and professor of anthropology. “It was a mutually beneficial system — for a while.”

The trade was fueled by fashion, Birmingham said, namely upper-class obsession with beaver-skin hats. But trends changed, and by the 1830s, the demand for pelts had waned, leaving the natives with little means to acquire the goods on which they had come to depend.

As a result, Birmingham said, they began going into debt — a practice that had been encouraged by President Thomas Jefferson.

That debt made it easier for the federal government to take native lands, paving the way for Wisconsin to become a state.

U.S. mink farming got its start in upstate New York during the Civil War, according to a 1943 history by the publisher of the Wisconsin-based journal, “Fur Rancher.”

With its cold climate and abundance of fish, meat and dairy byproducts to provide a cheap, high-protein diet, Wisconsin was a natural place for the industry to thrive.

By 1940, Wisconsin had twice as many fur farms as any other state, according to the Wisconsin Historical Society. “There’s a really vibrant history of mink farming in Wisconsin,” Whelan said.

A 1945 publication from the Wisconsin Conservation Department said mink farming made “phenomenal growth” in the previous decade and predicted Wisconsin would continue to lead the nation in production, thanks in part to the state’s climate, its “ample supply of horse meat and its long Great Lakes shore line.” While the mink industry modernized, trapping gained new allure.

When he was a kid in Oconomowoc, trapping seemed like a romantic pursuit — and a way to make some cash, said Arnold Groehler, president of the Wisconsin Trappers Association.

A mink pelt in those days was worth about $20. Groehler, 62, said he and his friends would dab a little of the animal’s musk on themselves before heading to school, “so all the girls knew we were worth at least $20.”

In his best years, Groehler said he made $100,000 from trapping, but now it’s pest control that pays the bills. He estimates about a quarter of the 40,000 active trappers sell their furs.

NAFA’s closure forced those trappers to find other outlets for their pelts, but Groehler said other competitors have filled the void.

“We’ve been here a long time,” he said. “Trappers are going to be here for a long time to come.”

Fur, a globally traded commodity, has taken a hit in recent years. U.S. production last year was down 17 percent since 2014.

Wisconsin’s output has fallen more than 25 percent since its peak in 2015, and exports through August were down more than $21 million, or 15%, from the same period last year, according to data from the Department of Agriculture, Trade and Consumer Protection.

According to court records, NAFA became insolvent when its primary creditor, the Canadian Imperial Bank of Commerce, cut off funding in September, making it impossible for the company to meet its obligations, including payments to farmers who depend on company loans to feed their mink.

The number of farms in Wisconsin has been steadily declining, to about 67 as of the 2017 USDA census of agriculture. Production fell by about a third over the previous decade.

Animal rights advocates have cheered NAFA’s financial woes, which they attribute to falling demand and the impact of California’s ban on fur products, which was enacted this year and takes effect in 2023.

“It’s one more sign the fur industry is struggling,” said Nick Atwood, an activist from Minneapolis who has been following NAFA. “NAFA’s problems likely mean thousands fewer mink will suffer.”

Atwood expects farms will continue shutting down or scaling back in spite of Saga’s foray into the North American market.

“The industry is on a downward trajectory that I don’t see coming around soon,” he said. “There’s a lot of signs people are turning their backs on fur.”

But with most of the world’s fur clothing sold in Russia, China and South Korea, industry representatives say domestic bans don’t have much impact.

“Fur bans are mostly symbolic,” Whelan said. “There are so many exemptions, they’re really not effective.”

Ross said the California ban was disappointing, though he expects the actual impact to be slowed by litigation.

“It’s certainly not a good precedent,” he said.

Still, he’s optimistic that the millennial generation will embrace fur as sustainable and climate-friendly apparel. Ross expects to have fur on a fifth of all fashion runways next year, though he’s sanguine about the realities of fashion’s business cycles.“

At the end of the day,” he said, “it all depends on cold weather.”

Over the past nine years, Madison’s average yearly precipitation was a full 8 inches more than in the 1980s, while nightly low temperatures were nearly a degree warmer than three decades ago. 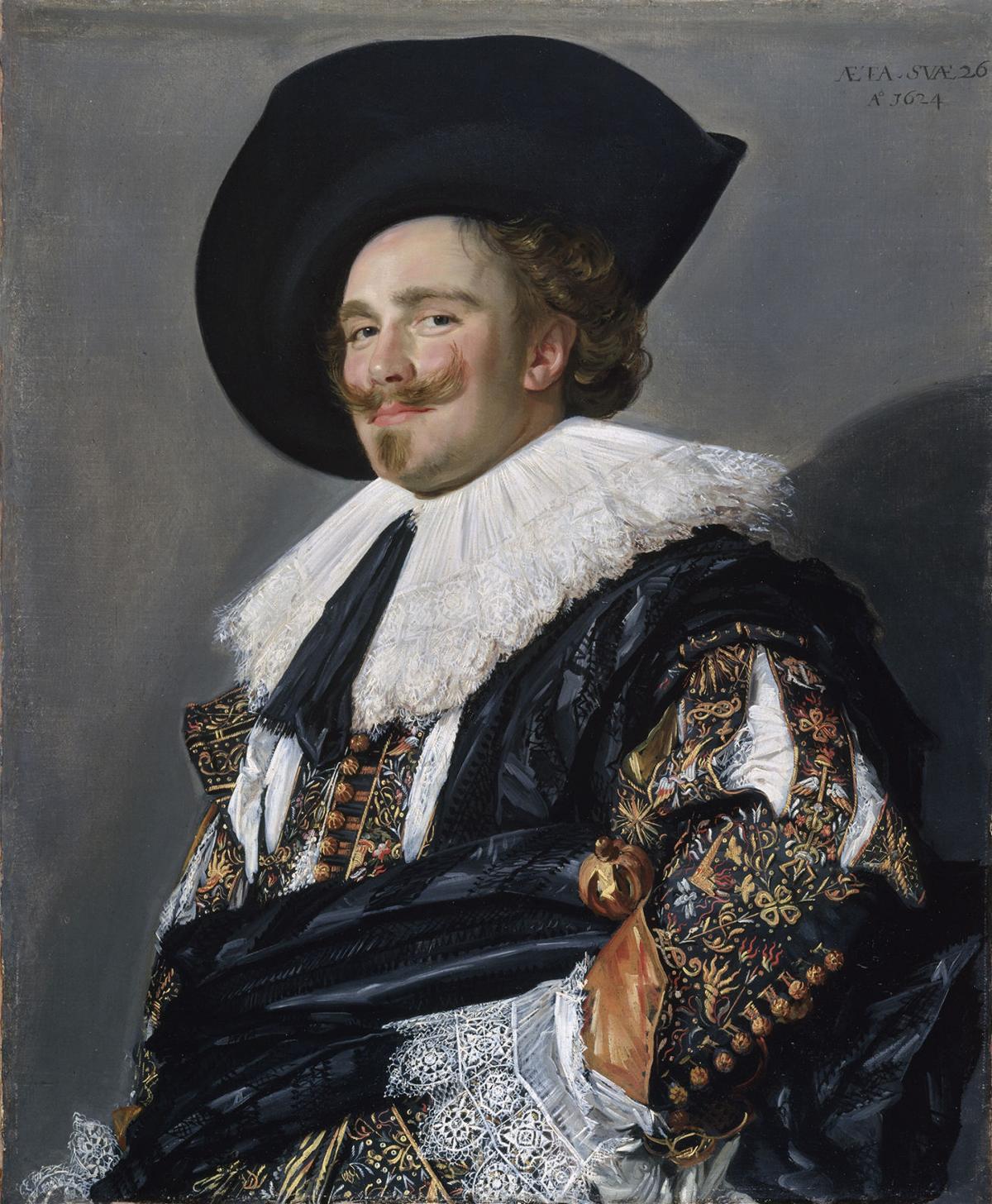 The popularity of hats like the one worn in "Laughing Cavalier," a 1624 portrait by Dutch painter Frans Hals, drove 17th-century explorers into what is now Wisconsin in search of beaver pelts. 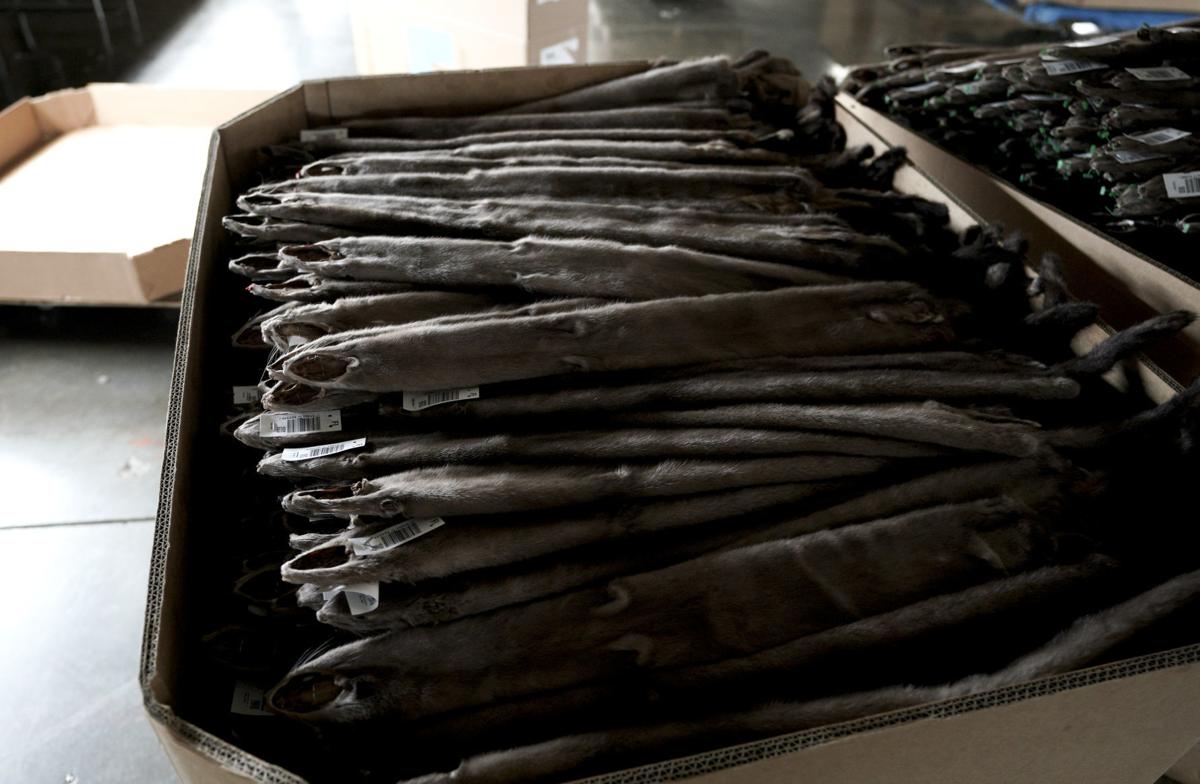 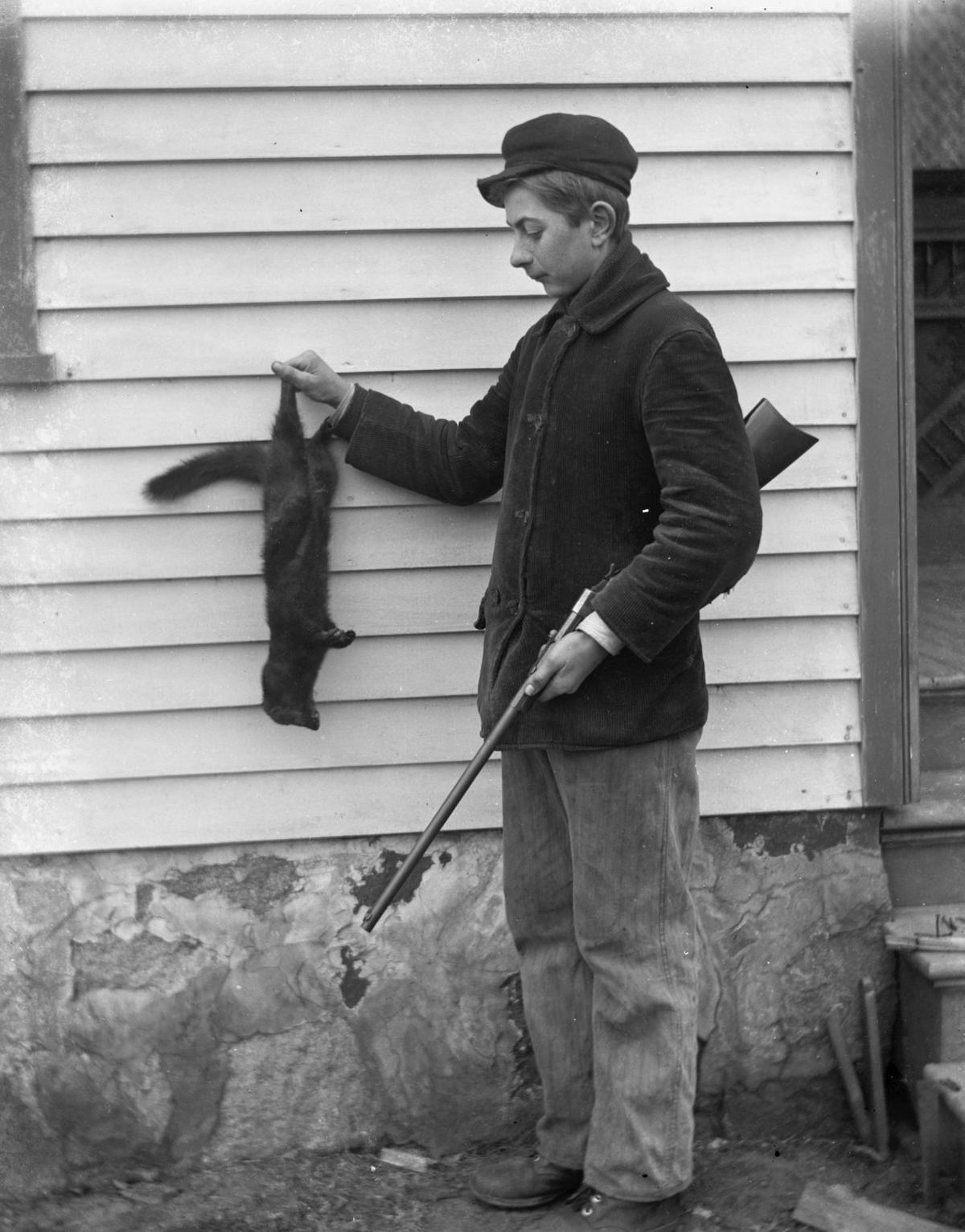 A mink caught in 1913. While mink farming became a big industry in the 1900s, trapping remained a popular pursuit. 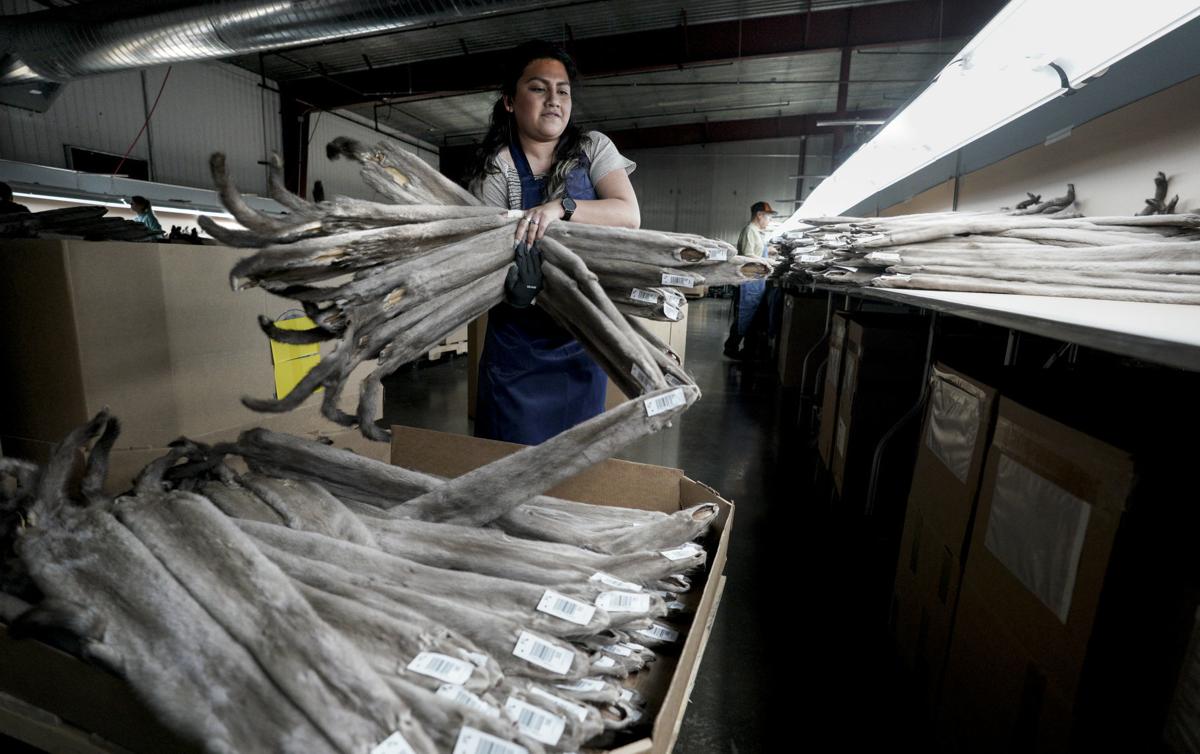 Claudia Manzanilla prepares to grade a batch of mink pelts at Saga Furs' grading facility in Stoughton. Saga, based in Finland, took over the business this fall from North American Fur Auctions after the 350-year-old Canadian firm entered court-supervised restructuring. 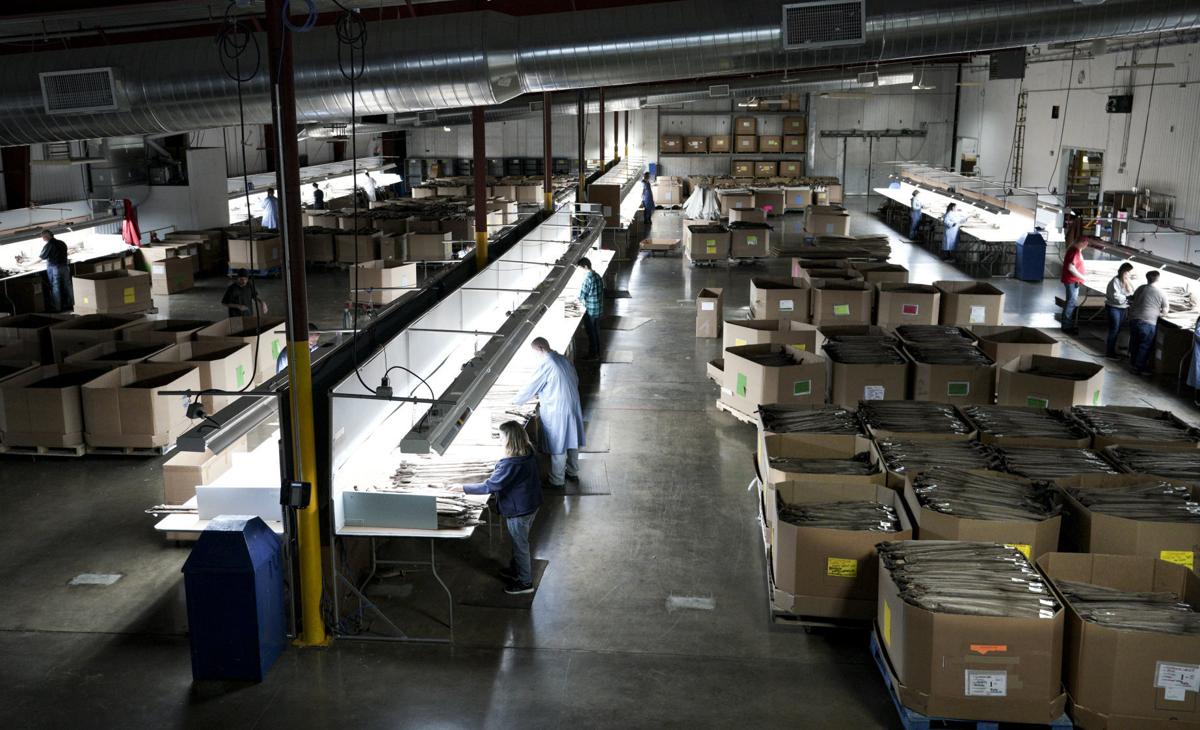 Fur graders evaluate mink pelts under fluorescent lights at Saga Furs' Stoughton warehouse. The Finnish auction house took over the business this fall after North American Fur Auctions of Toronto, a business that traces its lineage to the Hudson Bay Co. of 1670, entered bankruptcy proceedings. 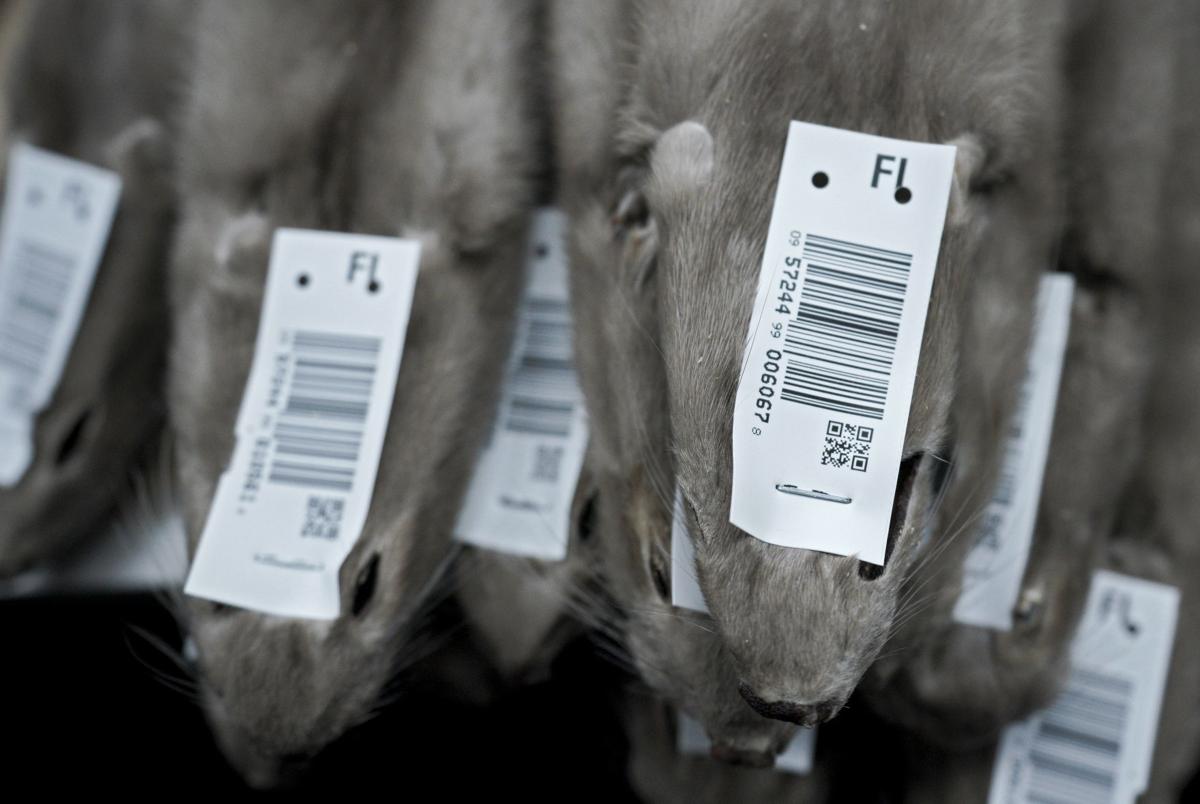 Roughly a quarter of the 2 million pelts Saga expects to process this year will come from farms in Wisconsin, the nation's top mink producer. 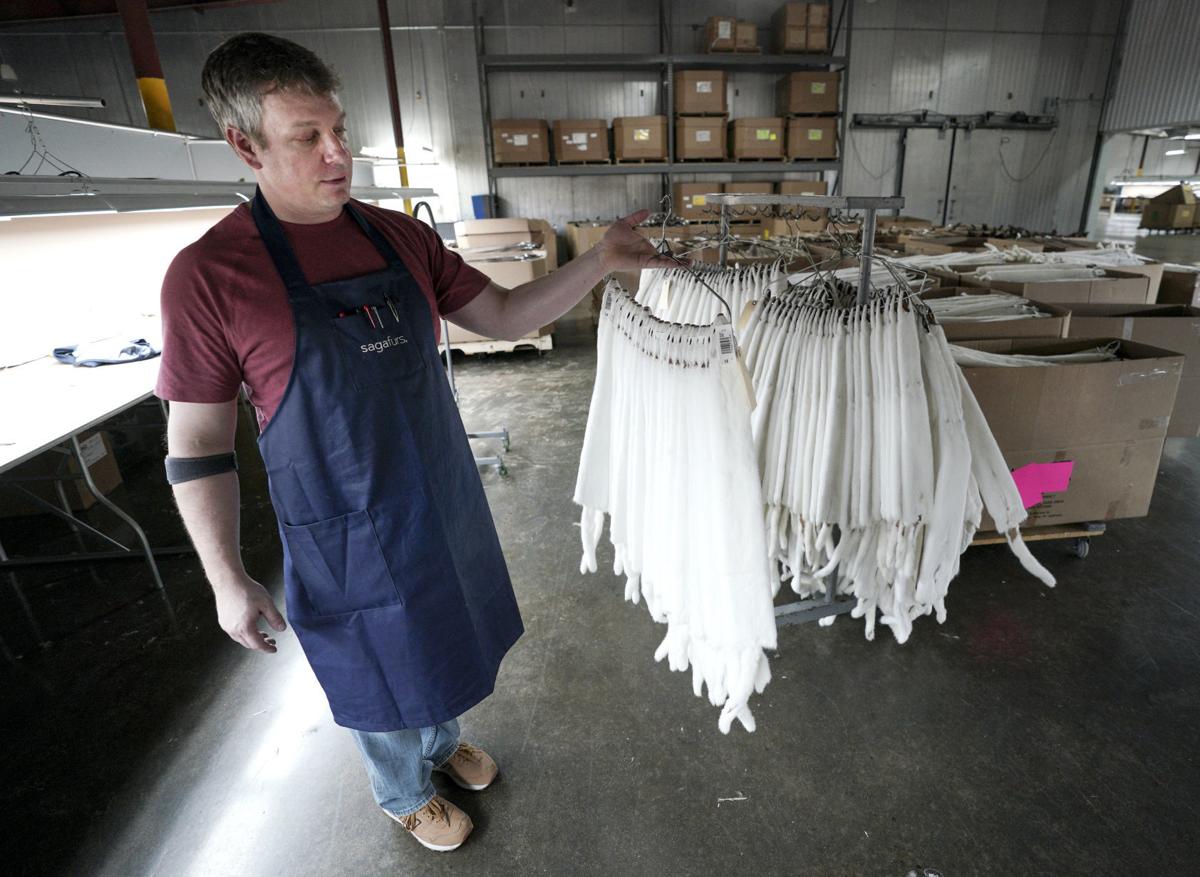 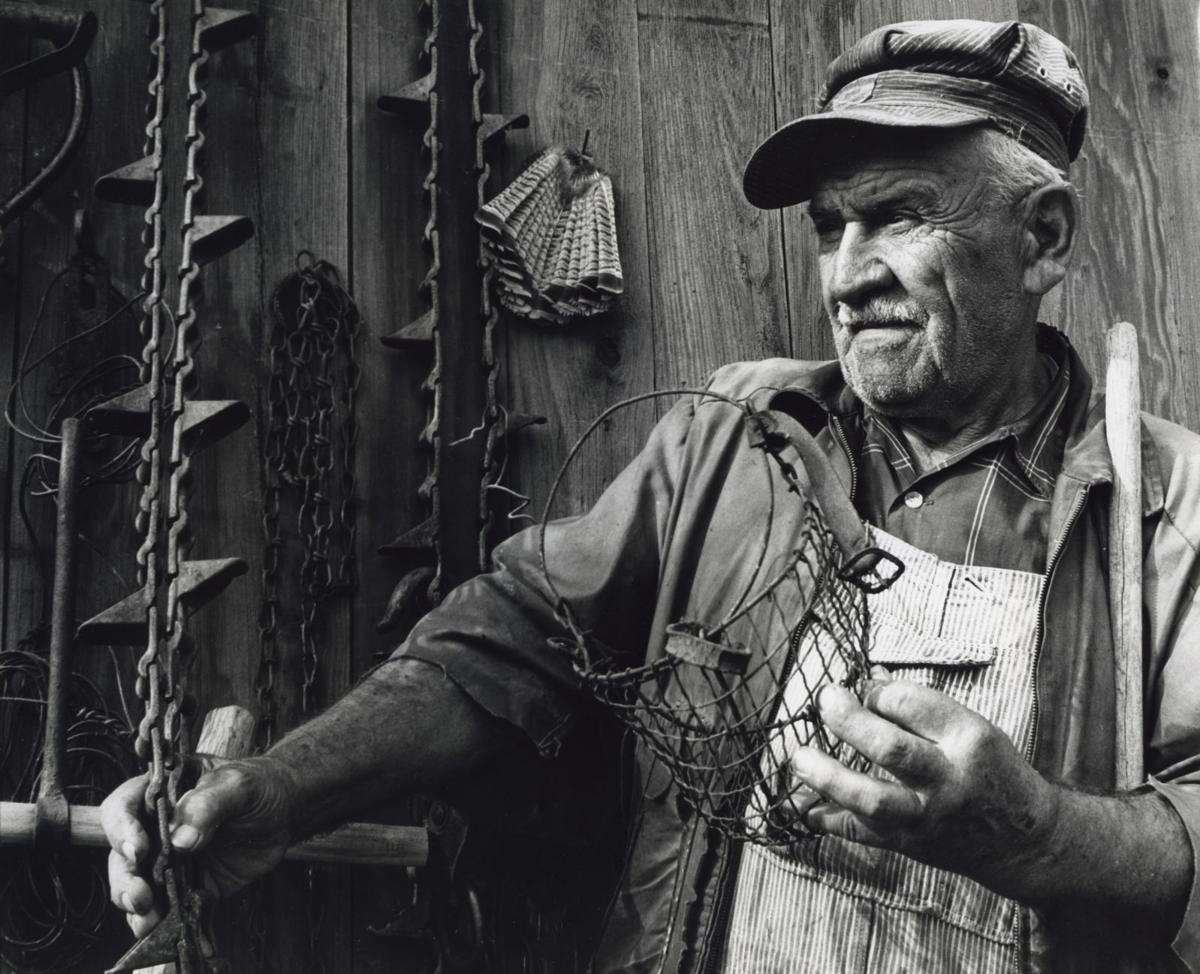 A man holds a mink trap in this 1961 photo from the Wisconsin Historical Society. 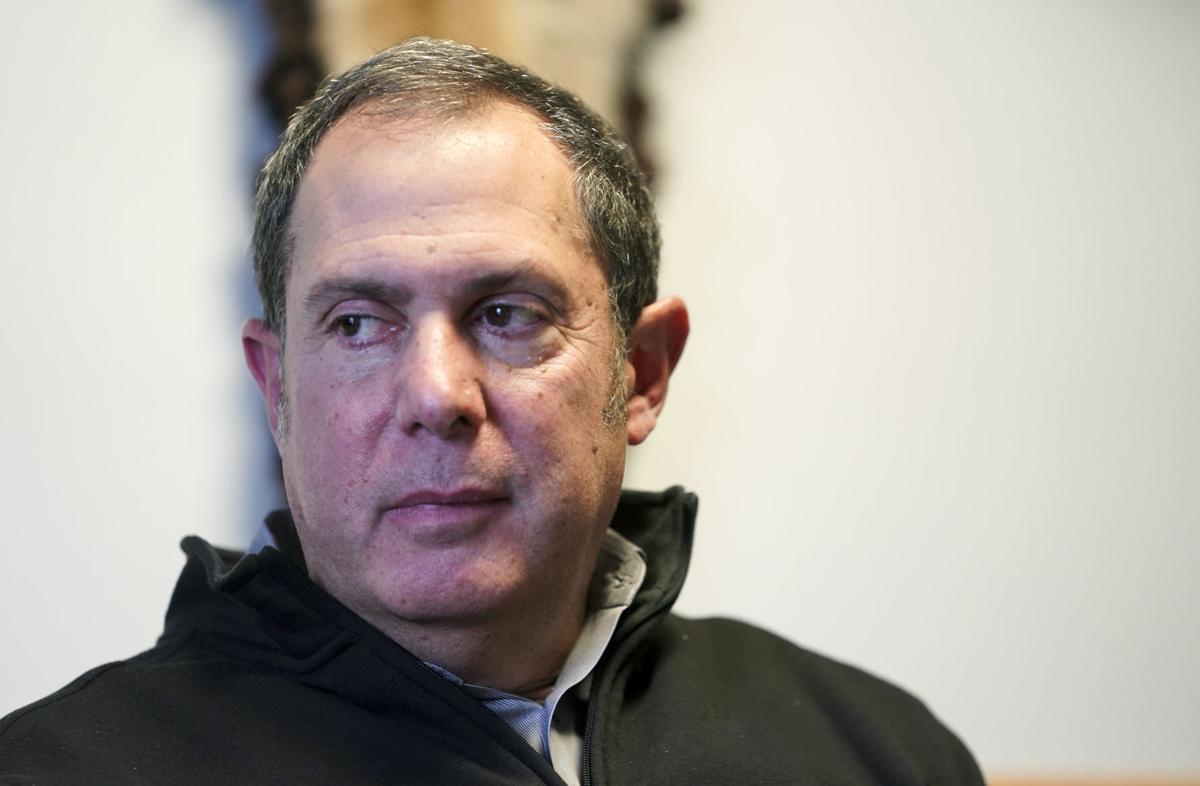