Trump, speaking live on coronavirus, puts Pence in charge of US control effort 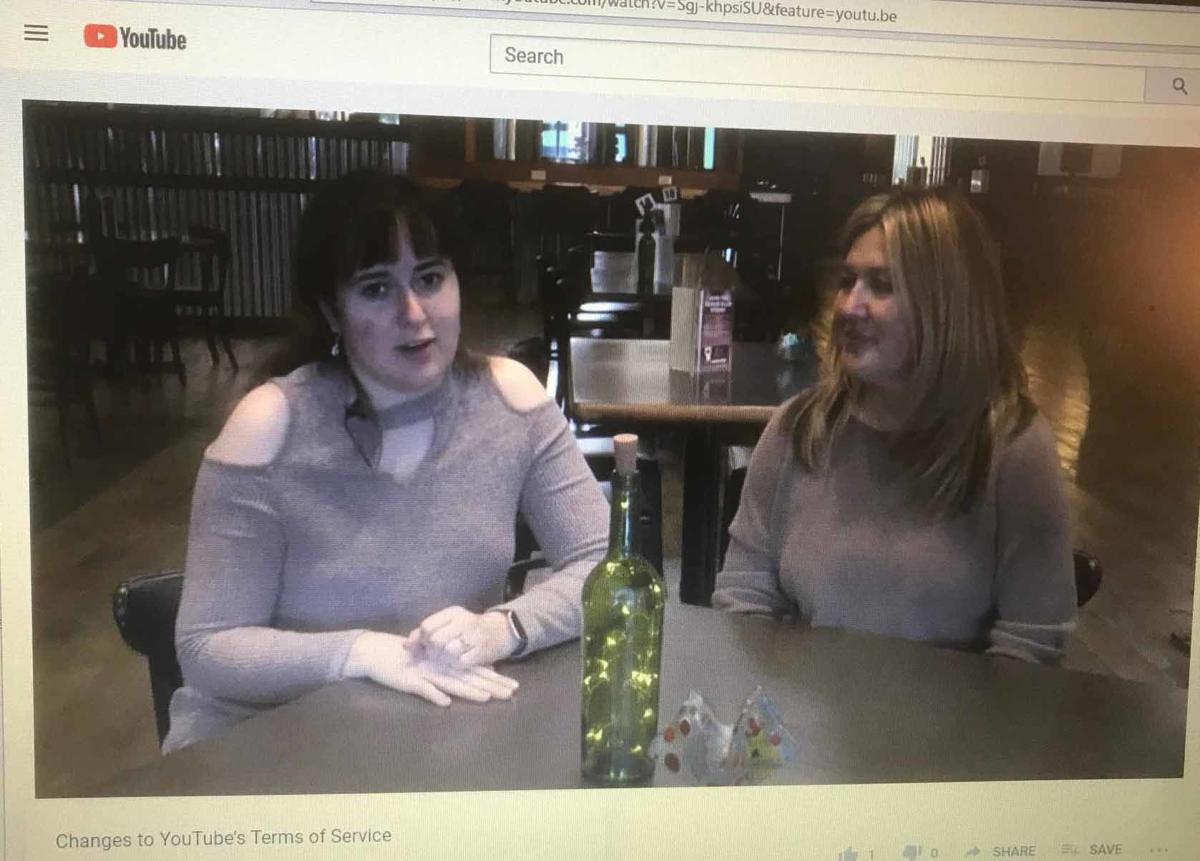 Sarah Miller speaks as Beth Reanee looks on during a video package for HGTV's "Home Town Takeover" show. Columbus hopes to bring the show in next year for a six-part series helping to makeover the city's downtown. 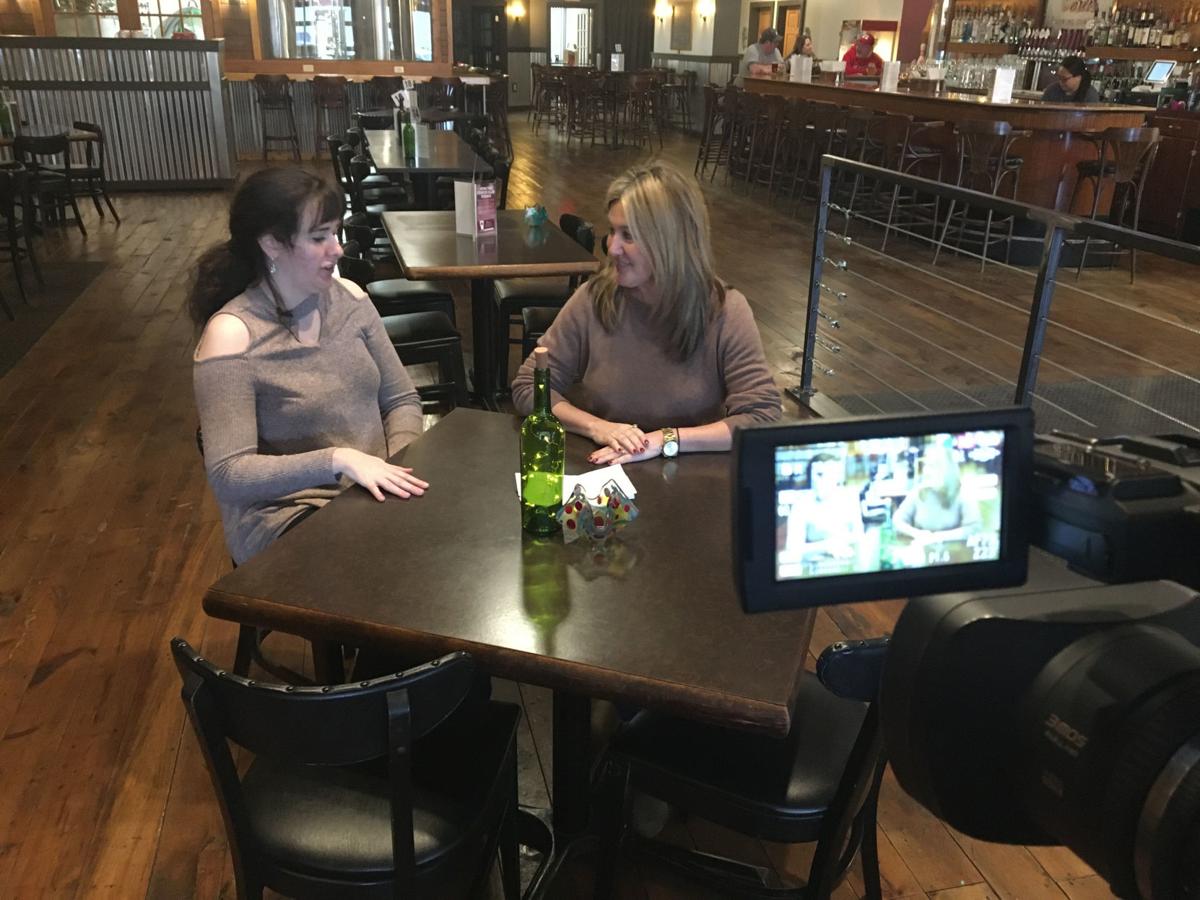 Sarah Miller, left and Beth Reanee talk about Columbus during filming of a video sent to the producers of HGVT's "Home Town Takeover" last week at Cercis Brewing Company. Columbus hopes to be selected for a downtown makeover when the show airs in 2021.

Columbus has made its pitch. Now it’s HGTV’s turn.

A group of savvy volunteers used their video production skills to produce a package for HGTV’s “Home Town Takeover” contest last week. “Home Town Takeover,” hosted by Ben and Erin Napier, is hitting the road in 2021 to produce a six-episode series making over a small town somewhere in America. The Red Bud City hopes to be on their list.

Columbus business owner and chamber of commerce member Beth Reanee submitted the just over three-minute video to HGTV Feb. 7. Reanee, with a background in film production, hosted the video, but several community members lent a hand. Reanee teamed up with Columbus Media Coordinator Lisa Wolf and new Columbus resident Sarah Miller to shoot and produce the package. Video production took less than a week, according to Reanee.

“Sarah really has an artistic eye for video and that really helped a lot,” Reanee said.

Both Wolf and Reanee spotted the HGTV makeover proposal online and connected to discuss the video idea.

“The premise of the show is that they’re in Laurel, Mississippi, a small town and they believe that just fixing one home can get people inspired and when you start fixing more homes, it changes the direction of the town,” Reanee said. “They decided their next concept is to have a contest and find another small town to do the takeover.”

Reanee said guidelines were specific. The video had to include a historical downtown district, architectural interest and the town’s population had to be below 40,000. It had to be around three minutes or less. Organizers also submitted a small article about the city, along with photos and other promotional items.

The video focuses heavily on Columbus’ history, including Fireman’s Park Pavilion, the Amtrak train depot, and the City Hall auditorium. The theater has not been used in several decades, but still stands above City Hall, built in 1892.

While the video highlights Columbus’ hometown feel and unique charm, it also emphasizes why it would be a prime candidate for the show. The downtown has several old, abandoned buildings in need of a facelift and a few houses in the area could use significant upgrades. In the past couple years, the city has made progress to address those issues, but there’s still plenty of unfinished work.

“This town is going somewhere,” Reanee said. “Also, there’s a lot to be said to how the town looks like now compared to a year ago. We got some new businesses in, there’s less vacancies … there’s momentum and I think that’s why we stand out.”

The video team also believes Columbus will attract HGTV because it has a state highway running through downtown, along with the Amtrak train service.

With submissions from across the country, competition will be fierce. Reanee believes four other Wisconsin communities have sent videos to HGTV, including Montello. It’s a longshot for Columbus, but both Wolf and Reanee said it’s an opportunity the city can’t pass up.

“We don’t know how they’re picking the towns and what they’ll actually come in and do,” Reanee said. “It’s up to them to decide. It’s off to Hollywood now.”

Wolf said the video has generated a lot of local buzz.

“Even if we hear nothing else, it’s generated a lot of hometown pride,” Wolf said. “That’s a good payoff right there.”

Reanee feels the video could boost tourism to Columbus, especially from Madison residents.

“They might have seen it and say, ‘Hey, I want to find out what Columbus is all about,’” Reanee said. “They might stop in for a cup of coffee or get a haircut downtown. It’s bringing people into the city.”

“They were good resources,” Wolf said. “We went to them for ideas and bounced some things off them.”

For more information on the contest and “Home Town,” go to hgtv.com.

A children's book in the Columbus Elementary School library has drawn the ire of a group of local parents.

Beaver Dam re-zoned land this week to help clear the way for a Kwip Trip expansion on the north side.

Sarah Miller speaks as Beth Reanee looks on during a video package for HGTV's "Home Town Takeover" show. Columbus hopes to bring the show in next year for a six-part series helping to makeover the city's downtown.

Sarah Miller, left and Beth Reanee talk about Columbus during filming of a video sent to the producers of HGVT's "Home Town Takeover" last week at Cercis Brewing Company. Columbus hopes to be selected for a downtown makeover when the show airs in 2021.