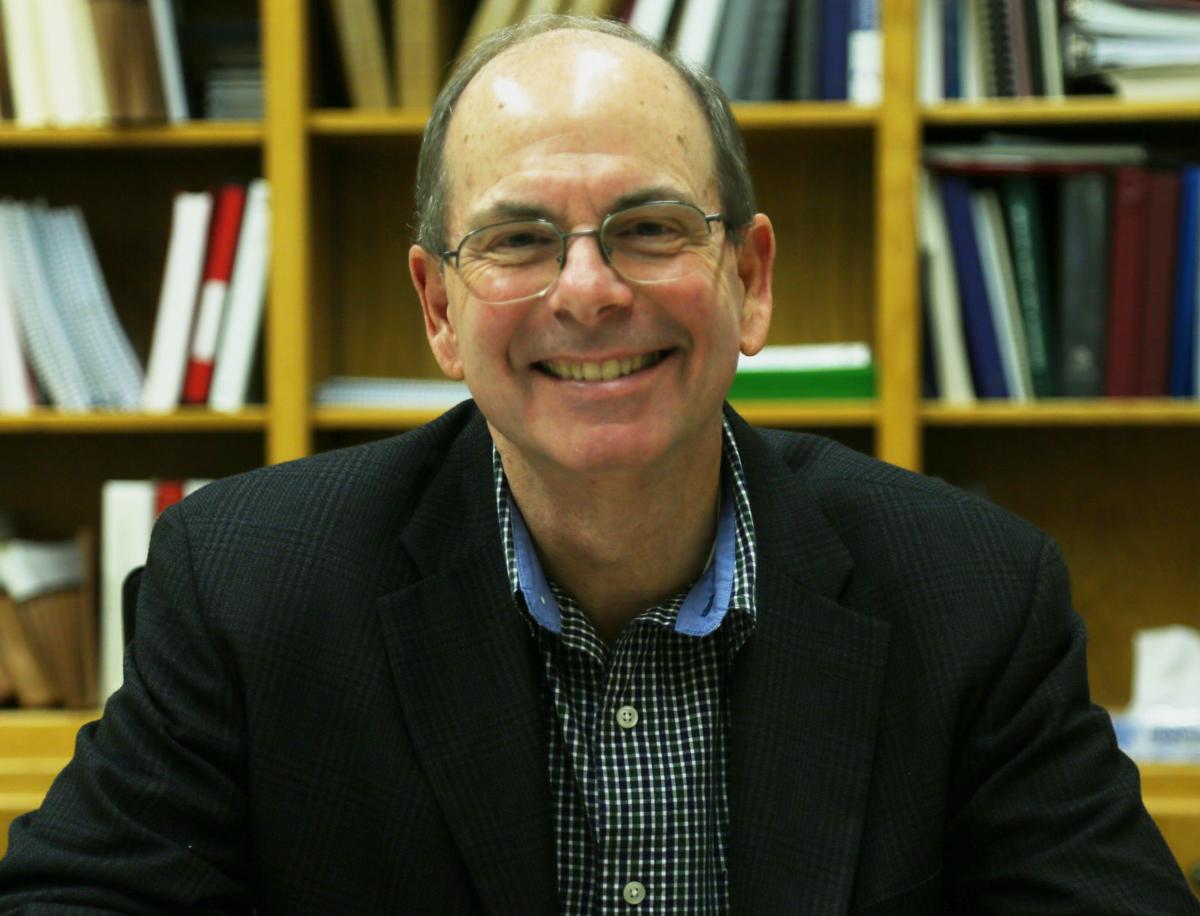 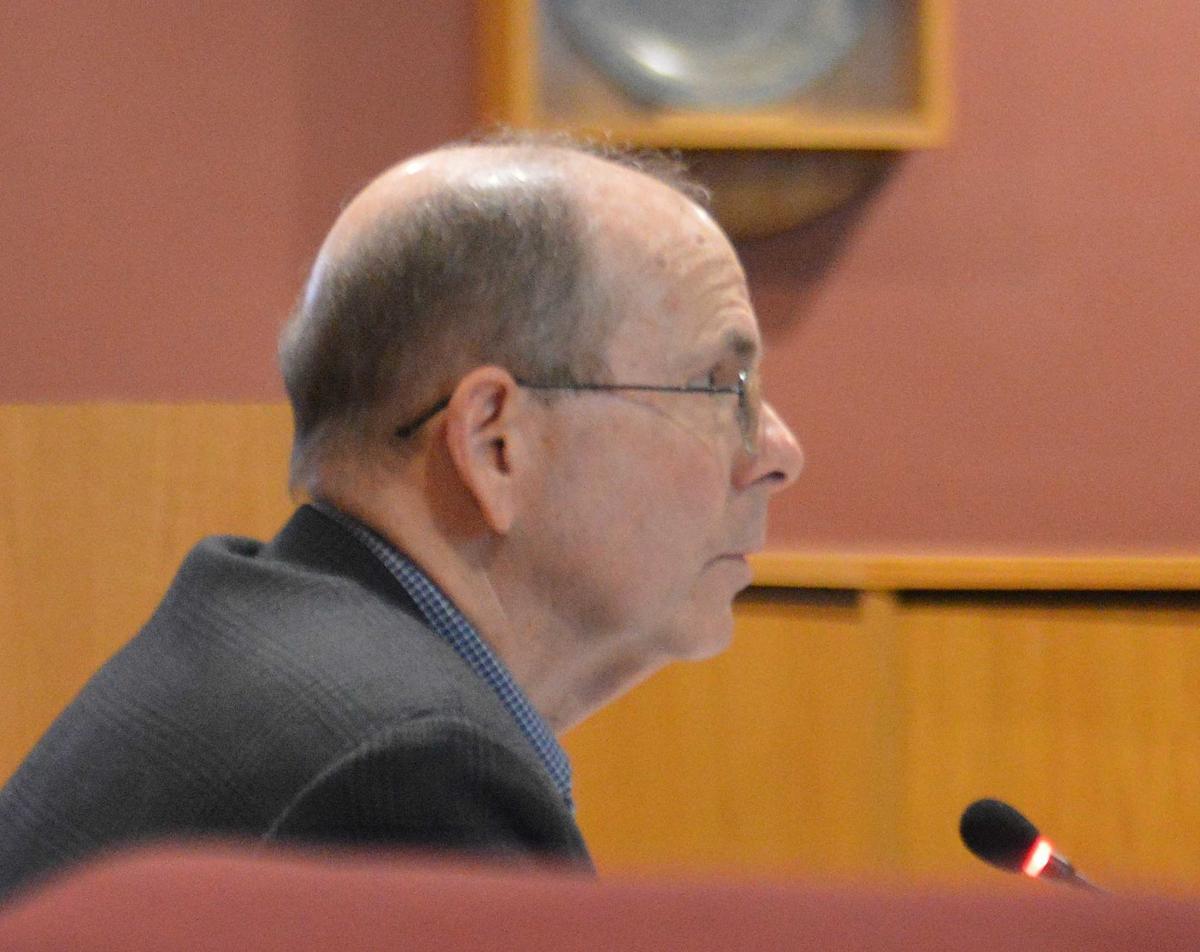 Dave Berner, Columbus' interim city administrator, provides an update to the City Council at the Jan. 7 meeting at City Hall.

As Columbus prepares for new leadership in the coming months, the city appears to be in good hands with Interim Administrator Dave Berner.

Berner, with more than 40 years of city management experience, was hired to fill the interim role Nov. 18. He works 25-30 hours a week, Mondays, Thursdays, Wednesdays and Fridays, as needed. Berner also attends City Council and Committee of the Whole meetings the first and third Tuesdays of the month.

The Council brought in Berner to serve as a bridge administrator until the city hires a full-time replacement. Former City Administrator Patrick Vander Sanden left in October for a position with the Wisconsin Department of Transportation.

“Since I’ve retired from full-time work, this is the fourth interim position I’ve had,” Berner said. “The focus is to oversee the day-to-day operations, support the Council and (city) staff, communicate with them and take on projects as directed.”

“It also helps that he’s part of the firm we’re using to find the next permanent city administrator,” Thom said.

Berner told the Columbus Journal the city plans to fill the position by the end of March. Deadline to apply is Jan. 16 and a full job description is available on the city’s website: https://www.cityofcolumbuswi.com/2170/Administrator.

“We’ve got some good candidates to bring forth to the Council,” Berner said.

Applicants will be whittled down to a pool of 8-10 candidates. Those top candidates will answer questions from the City Council in video format. Berner said candidates will go through a series of interviews, reference checks, and have an opportunity to meet city staff. They will also spend a couple of days at City Hall, getting familiar with Columbus. After an administrator is hired, Berner will work with them for about a week for a smooth transition.

“You’re able to captain the ship and keep it going in a positive direction,” Berner said.

Before retiring from full-time work in 2011, Berner served six communities in management roles. He began his civic career at an early age. Berner, only 23 years old, was elected mayor of Rice Lake, his hometown, in 1978.

“At that time, I was the youngest mayor ever elected in Wisconsin,” Berner said. “Since then another young man was elected mayor at 19, also in Rice Lake.”

Berner and his wife have three children and 13 grandchildren. After leaving Platteville, the couple decided to return to the Madison area to be closer to their growing family.

In the past several years, Berner has either held interim roles or helped recruit administrators for Mount Horeb, Lancaster, Brown Deer, Cross Plains and Lake Geneva. Almost two months into his temporary role in Columbus, Berner is enjoying his time in the Red Bud City.

“I enjoy working with the mayor and the council,” Berner said. “It’s a good staff, very committed and consciences. They have a good work ethic. This is a season of transition for them.”

Cailin Lueders, the city’s administrative assistant, plans to retire by mid-February. Berner said Lueders has delayed her retirement a few weeks to help City Hall though the transition. Also, Municipal Court Clerk Becky Poetter is leaving for a full-time position in Beaver Dam.

When Berner was hired, Columbus was in the final stages of passing its 2020 operating budget. In the next couple months, Berner plans to work with city officials to target capital improvement projects for 2020 and beyond.

“I think the staff appreciates having someone here to give direction on things,” Berner said.

Berner continues to work with Thom daily and provides the Council with weekly updates. To contact Berner, send email to cityadministrator@columbuswi.us or call City Hall 920-623-5900.

As 2019 comes to a close, the staff at the Columbus Journal looks back on the top five local news stories of the year.

Rental fees for the Columbus Fireman’s Park Pavilion will go up in 2020.

Dave Berner, Columbus' interim city administrator, provides an update to the City Council at the Jan. 7 meeting at City Hall.