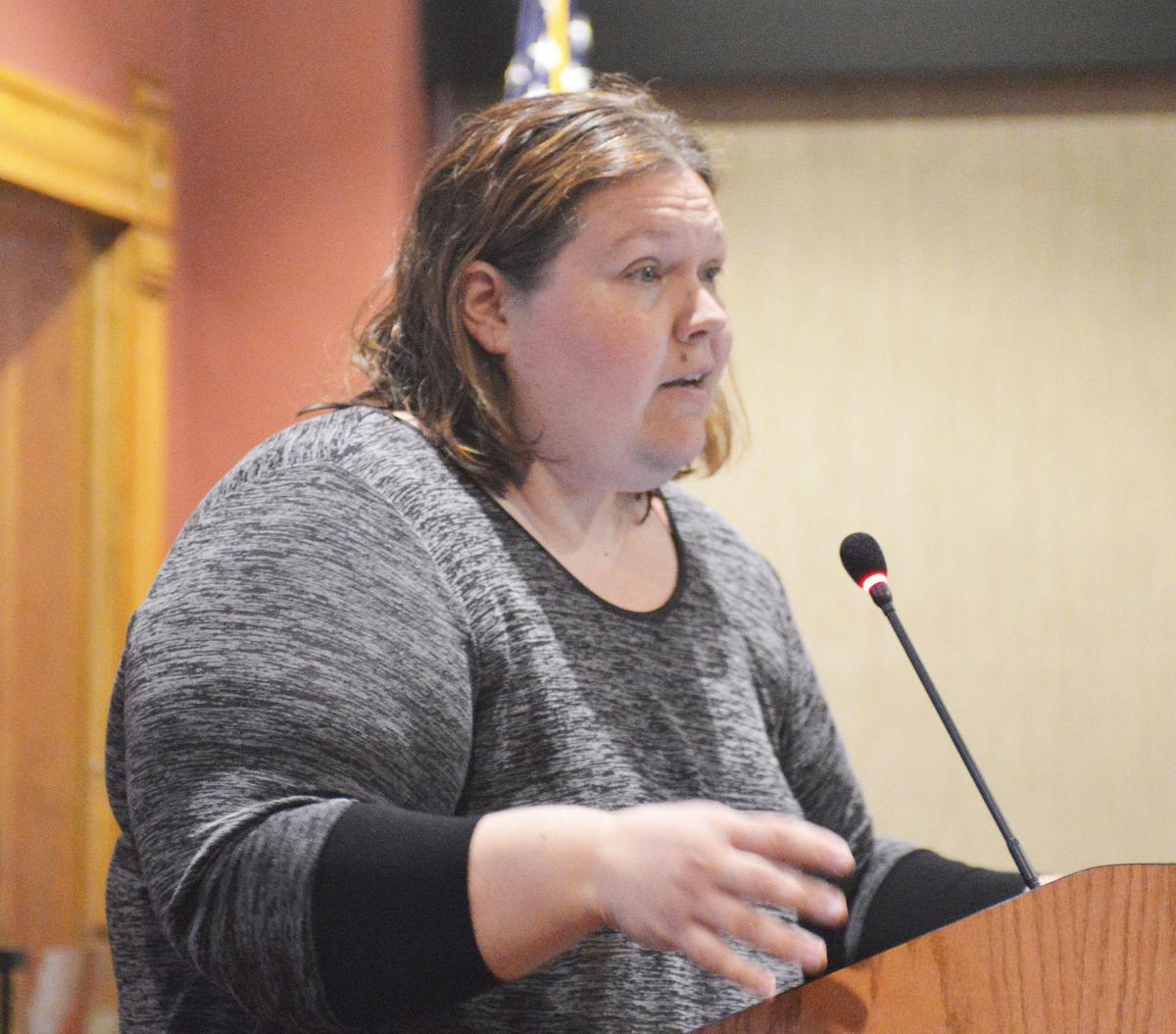 Jess DeGroot, a Columbus resident, told the school board something has to be done to improve the district's aging buildings at a meeting in May. The district is likely to pursue a funding referendum next spring. 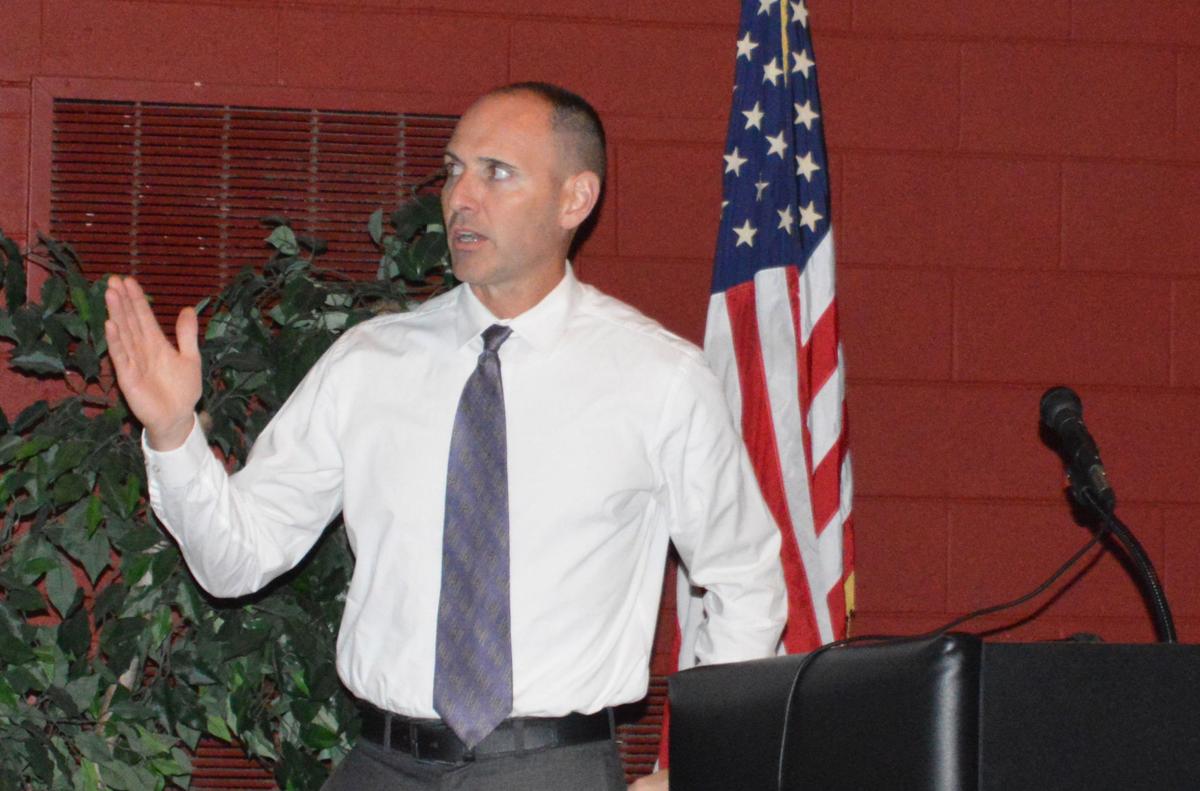 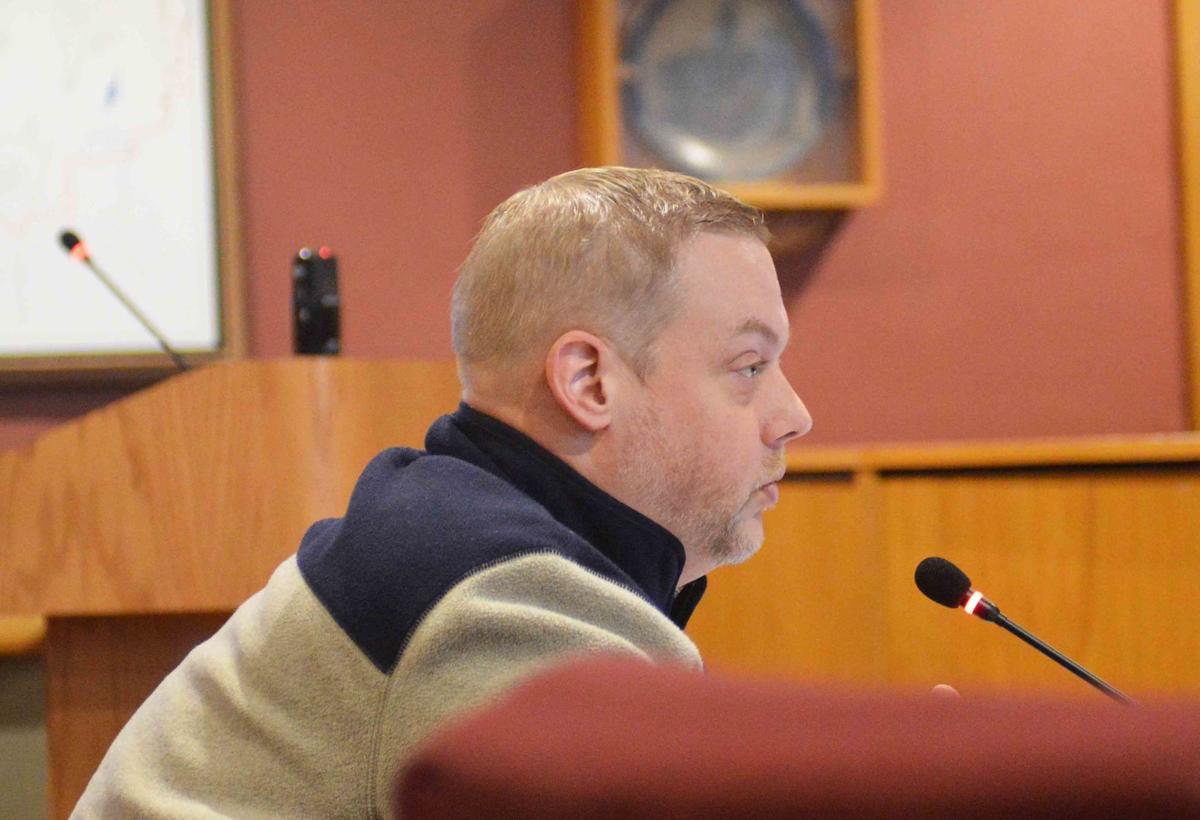 Columbus City Administrator Patrick Vander Sanden addresses the City Council in a meeting in March 2019. Vander Sanden left City Hall for a position with the state's department of transportation. 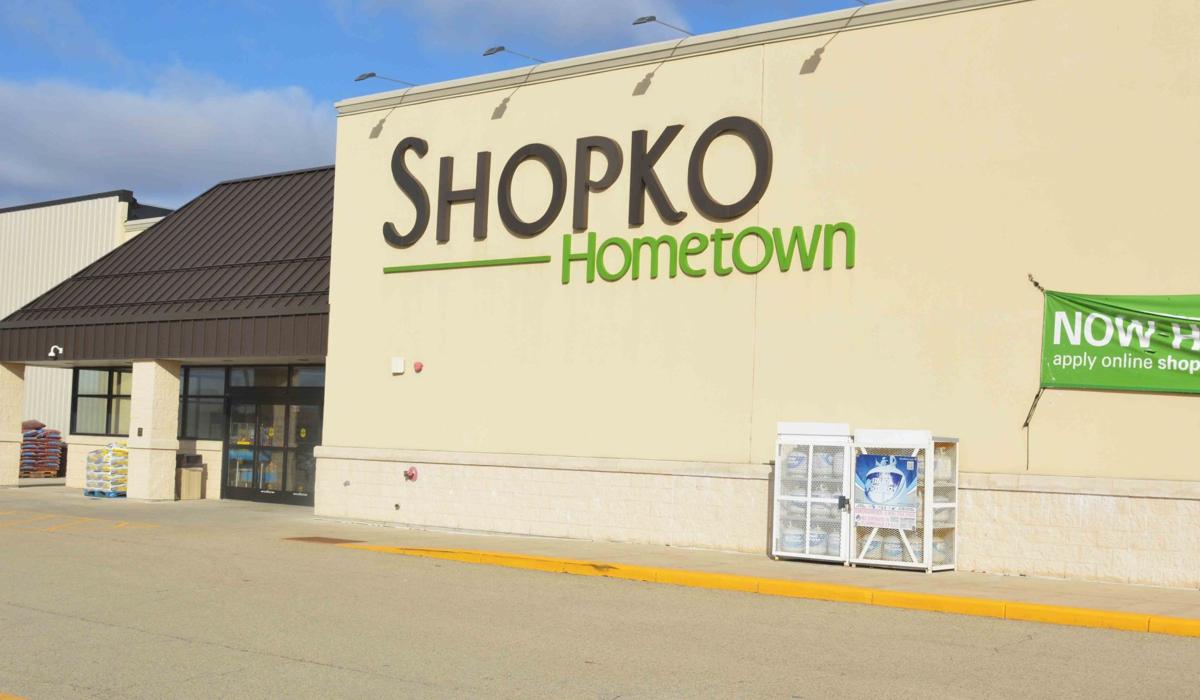 Shopko, a Wisconsin-based retail chain, announced the closure of 174 stores in January, including the Columbus facility on Commerce Drive. The store closed in May. 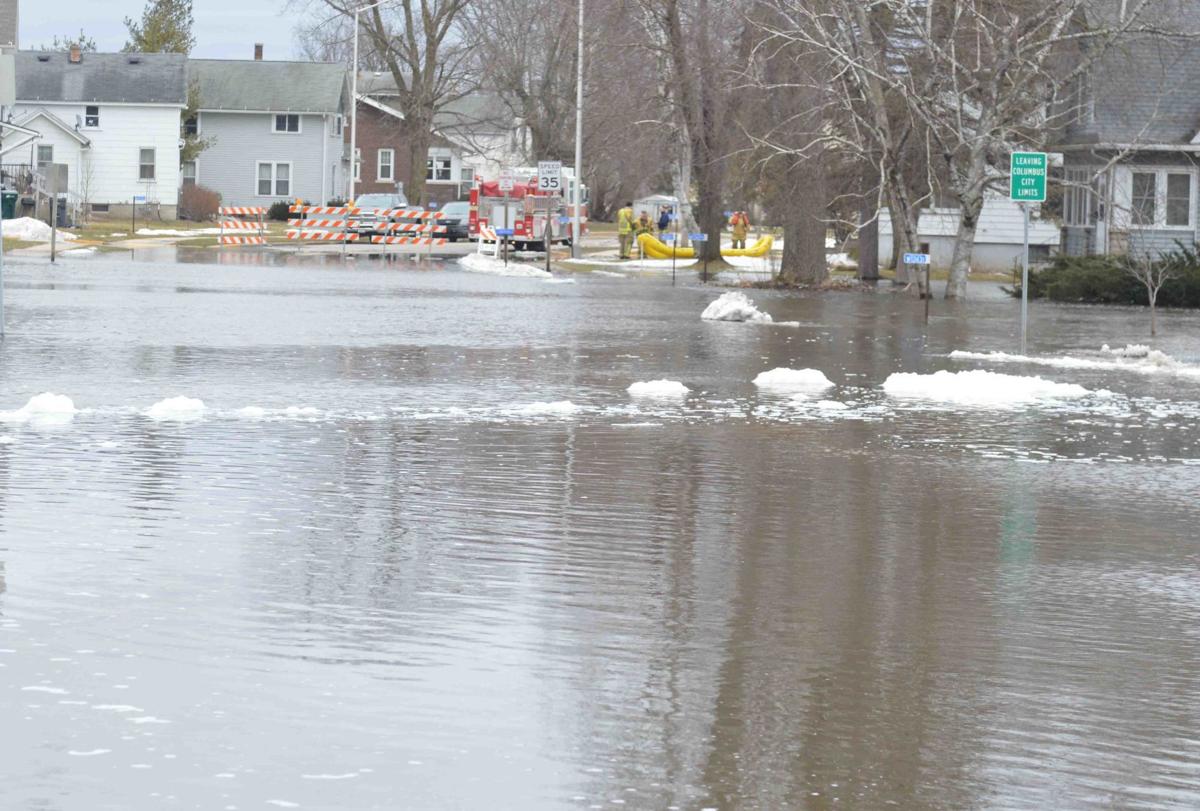 Spring flooding caused closure of roads near the Crawfish River in Columbus March 15. Residents along the Columbia-Dodge county line were left with standing water in their yards and some residents were asked to evacuate.

As 2019 comes to a close, the staff at the Columbus Journal looks back on the top five local news stories of the year.

While a referendum hasn’t been passed or even placed on an election ballot yet, the Columbus School District took significant steps toward a referendum push in 2019.

On Dec. 9, the Community Facilities Advisory Committee recommended the school board approve a $30 million funding question for the April election ballot. The board plans to make a decision in early January because ballot referendum questions have to be approved and sent to local municipal clerks by Jan. 27.

The committee based its recommendation from the results of a fall community survey which showed more than 80 percent favor a facility-improvement referendum. While the committee considered recommending a higher funding package, members believe $30 million is reasonable and would cover the district’s most urgent facility needs.

Since Columbus has not had success in passing previous referendums, the district took a different approach. Through the Launching a Legacy initiative, started in the fall of 2016, the district engaged the community on improvements they wish to see in coming years. District leaders and board members felt good about the process.

If the board approves a referendum question, voters will make the final decision on whether to fund building improvements April 7.

On Aug. 23, after a lengthy closed session, the Fall River School Board voted to terminate Garrow’s contract. According to Board President Keith Miller, the district received a letter notifying the board of an alleged incident involving Garrow. Miller provided little information as to why Garrow was dismissed but confirmed it was for an incident outside Fall River School District. Despite an open records request from the Columbus Journal, the board still has not specified why Garrow was let go.

In November, the board hired Dennis Raabe as interim superintendent. Raabe has more than 40 years of public education experience, including multiple stints leading school districts. Raabe will serve as a “bridge” administrator until the board hires a permanent replacement before the end of June.

After a large amount of turnover in 2018, the city of Columbus dealt with more staff changes this year.

City Administrator Patrick Vander Sanden left in October to accept a position with the Wisconsin Department of Transportation. Vander Sanden, a Columbus native, served as administrator since the spring of 2013. Vander Sanden said his new opportunity with the DOT will provide better work-life balance.

In November, the city hired David Berner from Public Administration Associates as interim administrator. Columbus is looking for the next permanent administrator and hopes to hire a replacement within a few months.

In early March, the city welcomed Dennis Weiner as chief of police. Weiner, also from Columbus, had served as interim police chief for 10 months, following the departure of Dan Meister.

Also early in the year, the City Council promoted Pat Goebel to city clerk. Goebel had served as interim clerk since Megan Meyer left in August of 2018. Goebel was assistant clerk in Columbus for many years.

Last spring the city welcomed Zach Navin as public works director. Navin previously worked for the city of Wauwatosa. The DPW head position was vacant for several months after Davis Clark resigned in the fall of 2018.

The library also went through change as director Cindy Fesemyer left in late May for a position with the DPI. Lindsey Ganz, a 2001 Columbus High School graduate, became the library’s new director in early October. Ganz, a former special education teacher, worked for the Poynette Area Public Library for a few years.

A piece of Wisconsin retail history ended last spring when Shopko, a Green Bay-based company, closed all of its stores throughout the state. Shopko’s demise was a tough blow to many communities, including Columbus.

Warning signs the retailer was in trouble began a few months earlier when it filed for Chapter 11 bankruptcy. The Columbus Shopko closed in May.

Maurer’s Hometown Market, which shared a parking lot with Shopko on the city’s west side, also closed in March. The family-owned grocery chain had purchased the former Columbus Hometown Market in November of 2018. The store was previously owned by Columbus businessman Mike Eisenga and had operated as a Sentry store from March 2015 to March 2018.

The Maurers, who also own stores in Wisconsin Dells, Janesville and Madison, said lack of community support prompted the Columbus store’s closing.

“We just came to the conclusion that it wasn’t working out in that market,” said co-owner Jeff Maurer.

Along with the grocery outlet, the Maurers owned Ace Hardware, which also closed. Both the former Shopko and previous grocery and hardware store buildings have sat vacant for several months.

In mid-March, heavy rains, combined with late-winter ice and snow melt, caused flooding throughout parts of Columbus, forcing residents to evacuate their homes.

Residents along the Crawfish River were especially affected as the river continued to rise March 14-15. The flooding caused the Larson House assisted living facility to evacuate. Columbus School District cancelled classes March 15. No deaths or injuries were reported, although many residents faced days of cleanup and damage to their properties.

Vander Sanden said it was the worst flood event Columbus experienced since the historic 2008 flooding.

2018: Columbus area looks back at top stories of the year

2018 was another eventful, busy year in the Columbus/Fall River area. Below, Columbus Journal staff has selected the top ten stories of the pa…

Jess DeGroot, a Columbus resident, told the school board something has to be done to improve the district's aging buildings at a meeting in May. The district is likely to pursue a funding referendum next spring.

Columbus City Administrator Patrick Vander Sanden addresses the City Council in a meeting in March 2019. Vander Sanden left City Hall for a position with the state's department of transportation.

Shopko, a Wisconsin-based retail chain, announced the closure of 174 stores in January, including the Columbus facility on Commerce Drive. The store closed in May.

Spring flooding caused closure of roads near the Crawfish River in Columbus March 15. Residents along the Columbia-Dodge county line were left with standing water in their yards and some residents were asked to evacuate.