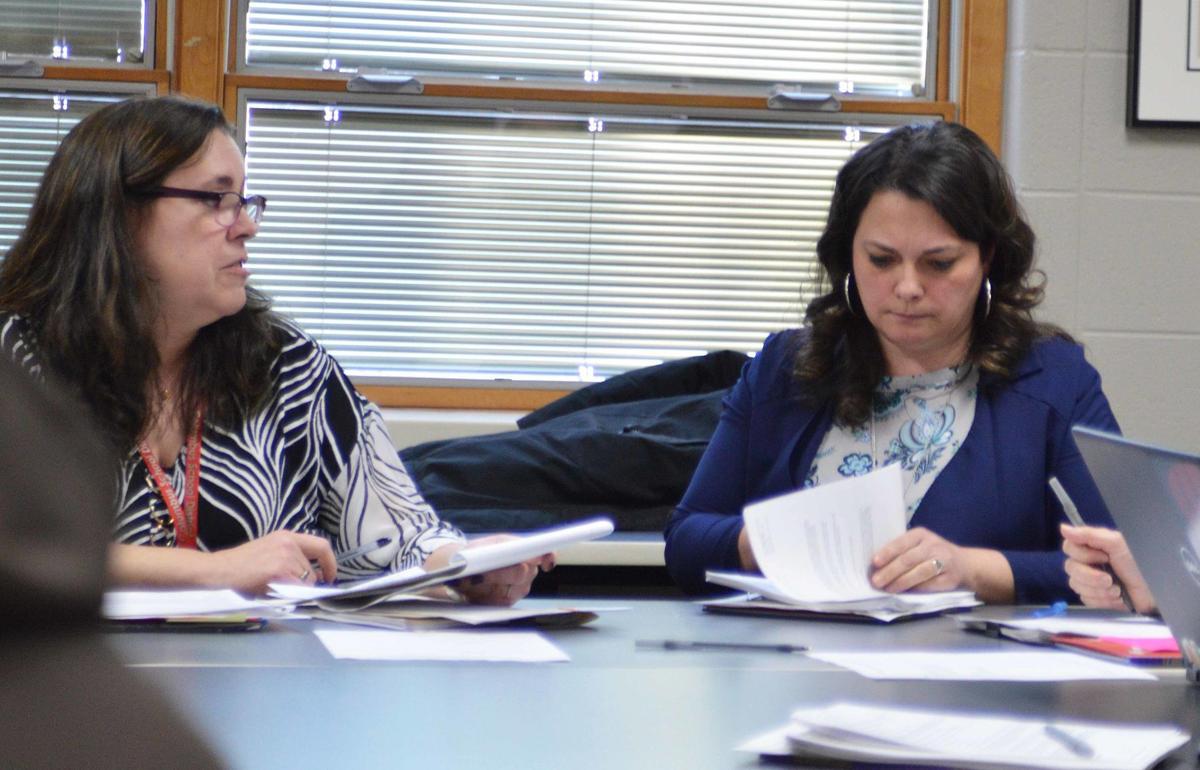 Columbus Director of Curriculum and Instruction Becky Schmidt, left, and Elementary School Principal Beth Hellpap are part of a committee reviewing "10,000 Dresses." A meeting is set for 3:30 p.m. Friday at the district office to further consider some parents' objections to the book's inclusion in the school's library. 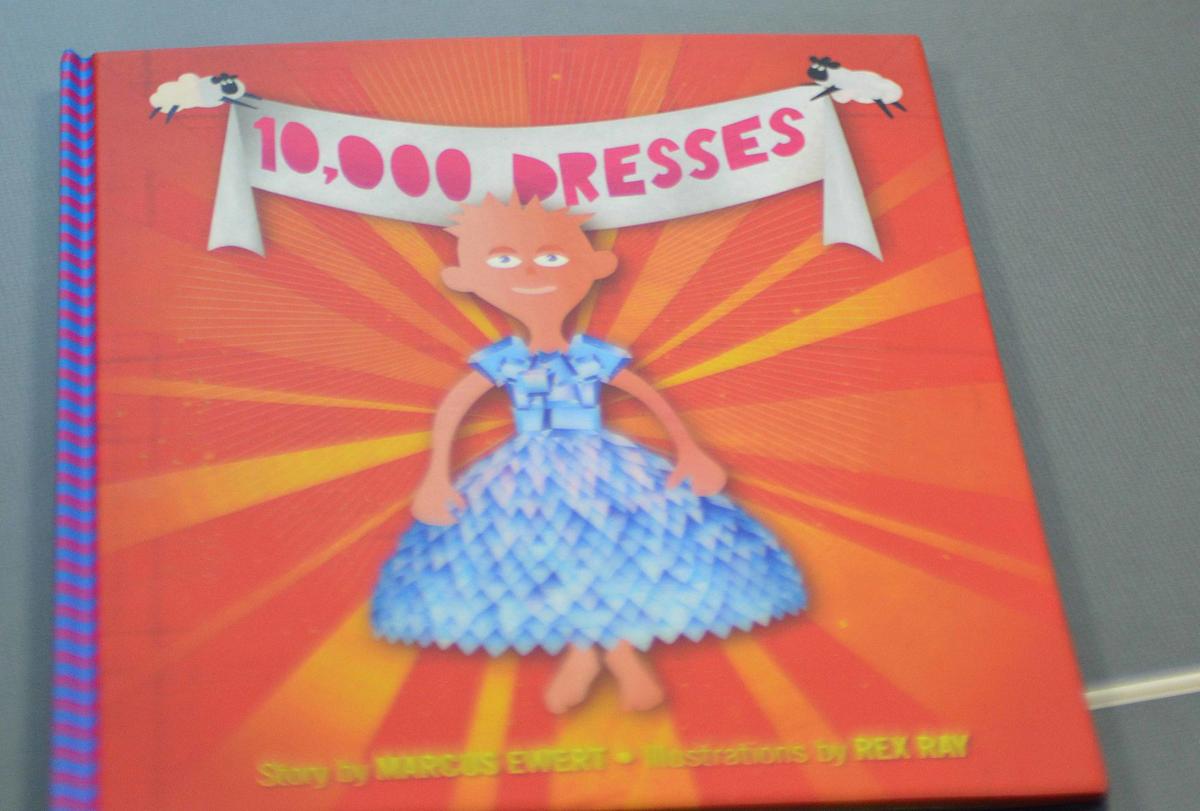 The book "10,000 Dresses" is currently available at the Columbus Elementary School library. The book, published in 2008, addresses transgender lifestyles.

The book, “10,000 Dresses,” written by Marcus Ewert with illustrations by Rex Ray, was published in 2008. It is considered one of the first to address transgender experiences.

“Why is this even in the library? That’s a subject best left for parents to decide to approach that,” Pollnow said. “It’s a part of our society, we realize that, but when is it appropriate to do that? By putting this book in the library, they’re trying to influence a child... at an early age. They are trying to insert transgenderism more into our society.”

In the story, Bailey, the book’s main character, is a transgender girl who dreams of wearing multiple dresses. Her parents become angry and tell her she’s a boy and her older brother threatens to harm her. Bailey meets a neighbor woman more accepting of her desire to wear dresses and designs a dress for Bailey made of mirrors.

CES Principal Beth Hellpap isn’t sure when the book came to the school’s library. Pollnow’s 6-year-old daughter, a kindergarten student at CES, brought the book home in January.

“When I saw what she had and I really looked at it, I was like ‘Whoa, what is this?’” Pollnow said.

Pollnow said he tried discussing the book with Superintendent Annette Deuman, but didn’t receive much feedback. Deuman attended the Feb. 21 meeting, taking notes, but did not participate. The meeting was led by Director of Curriculum and Instruction Becky Schmidt and included Hellpap, Columbus Intermediate and Middle School Principal Loren Glasbrenner and library staff.

“The district administrator is not participating in this discussion, but is here and will ultimately receive our written recommendation as a result of what this committee will do,” Schmidt said.

Pollnow and a few additional parents and grandparents attended, including his mother, Esther Pollnow. The district has scheduled a follow-up meeting for Friday at 3:30 p.m. at the district office conference room.

“I think if more people would have known about it, they would have shown up,” Pollow said of the meeting.

Pollnow said he read the book and in his complaint states “The entire book is about cross-dressing in young males. My objection to this is not about homosexuality but on the appropriateness of the subject matter, particularly for children under 8 years of age. Young children have an innocence they cannot regain when exposed to such material. This book not only encourages cross-dressing, it undermines the authority of parents by making the neighbor the hero when parents objected. I want to thank you for considering my suggestion; remember being politically correct is not always right.”

Nikole Neidlinger, a mother of a six-year-old child in Monona, has a different reaction to the book’s presence in school libraries. Neidlinger contacted the Columbus Journal via email after reading the online version of this story.

“My six year old son breathes easier by reading books such as this one, and by knowing there are ‘kids like him’ surviving and thriving,” Neidlinger said. “Your story is so important, but only illustrated one side of the ‘debate.’

Neidlinger recently moved to the Madison area from San Francisco. She was initially worried about coming to Wisconsin, fearing communities might not be as accepting of her child.

“If we don’t talk about these important issues, things will never change,” Neidlinger said. “My then five-year-old son came to me so sure about his gender identity, that I concluded this level of commitment made it literally impossible for it to have been culturally/family or ‘reading the wrong books’ induced. It was consistent, insistent, and persistent. He was five then, and had no idea about the cultural ramifications of being ‘gender expansive’ in today’s world. As a parent all we want is for the world to be kind to our babies. Hearing these parents that think my baby’s a freak breaks my adult heart. Please consider that these are small children. We all want the same things for our kids. We’re all much more alike than we are different.”

At the meeting, Schmidt provided a copy of the book to each committee member, the district’s policies on library instructional materials and a packet from the Cooperative Children’s Book Center in Madison, reviewing the book’s contents. The committee has until Friday to review the book, district policies and the book center reviews.

As of Feb. 21, the book has not been removed from the CES library. Schmidt said following district policy, the district administrator will receive a recommendation from the committee within 30 business days of the first meeting. After Deuman receives the recommendation, she will notify Pollnow of the committee’s decision and provide a response.

If Columbus chooses to keep the book on library shelves, Pollnow and the group may file an appeal.

“If you look at the cover of the book you would just think it’s a regular book for children,” said Jonathan Powers.

Editor’s note: This article was updated at 9:15 p.m. Feb. 26 with new quotes and information.

The Wisconsin Free Press family of publications, which includes the Dodge County Pionier, Campbellsport News and Kewaskum Statesman, has merge…

While officials with Seats, Inc. and Grede Foundry in Reedsburg say their factories will remain open for the time being and are taking precaut…

Columbus Director of Curriculum and Instruction Becky Schmidt, left, and Elementary School Principal Beth Hellpap are part of a committee reviewing "10,000 Dresses." A meeting is set for 3:30 p.m. Friday at the district office to further consider some parents' objections to the book's inclusion in the school's library.

The book "10,000 Dresses" is currently available at the Columbus Elementary School library. The book, published in 2008, addresses transgender lifestyles.