Nearly a year after announcing plans to link the Great Sauk State Trail in Sauk County with the Walking Iron Trail in Dane County, officials are seeking offers to build the bridge over the Wisconsin River to create a path from Madison to the Mississippi River.

Sauk County Board supervisors voted 29-1 with Sup. Tom Dorner as the sole vote against a resolution to edit an intergovernmental agreement between the two counties and allow a request for development proposals to be published Friday.

Land Resources and Environment Committee Chairperson Marty Krueger explained to fellow county board members during the meeting Tuesday that the next steps seeking companies to develop funding services, construction documents, regulatory permits and construction administration of the bridge is crucial to ensuring it takes place because of other entities involved, like the railroad which owns the tracked area intended for future use as recreational trails.

“That’s why we wanted to get the RFP out, it is important,” Krueger said. “It starts the clock ticking on all the other things that need to happen.”

The partnership began in April 2019, when supervisors voted to join Dane County in an endeavor to join the two counties. In October, Sauk County board members and officials pledged $2 million alongside Dane County Executive Joe Parisi as they convened in Sauk City. The money was set aside in each county’s 2022 budget to pay for the design and engineering of a century-old railroad bridge partially demolished after a pier failed during 2018 flooding.

Sauk County has budgeted $2 million of funding from the American Rescue Plan Act. The estimated total cost of building the bridge is between $9 to $10 million.

The counties jointly funded a feasibility study by MSA Professional Services Inc. for the bridge in 2019. Geotechnical services were completed by Braun Intertec after approval in July 2021. A work group formed after the October announcement, made up of stakeholders with interest in the success of the project.

Krueger said they plan to start work in summer of 2024, “which is aggressive,” but he noted that the longer they wait, the more expensive work will become.

Sup. Smooth Detter expressed concerns over the possibility of the project never coming to fruition, referring to the “bridge to nowhere” along U.S. Highway 12 north of Middleton as something the county should avoid repeating.

“I would love for time not to always be shoved down our throat,” Detter said.

Supervisors agreed to fund half of the $1.4 million for consultant costs. They also voted to extend the intergovernmental agreement through 2025.

A second resolution was unanimously approved by board members to allocate for a request for proposals at the cost of more than $716,000 to design the extensions of the Great Sauk State Trail heading west throughout the county, allowing for connections to Devil’s Lake State Park and to the 400 State Trail in Reedsburg.

The work will span up to 30 miles and include “spur” or offshoot trails to community facilities or other recreational areas. Once completed, the Great Sauk State Trail would extend from Sauk City to Reedsburg with connections to the state park as well as the city of Baraboo, village of West Baraboo and either through spur trails or direct connection, include the villages of North Freedom and Rock Springs.

After the trail is established, there are also plans to install feature points of interest and interpretive signage as well as rest areas, connections to other features along the Baraboo River and historical sites. The trail will not only accommodate hikers, but also serve as a corridor for cyclists, other hobbyists and snowmobiles during the snowy months.

U.S. Rep. Mark Pocan told Baraboo officials Monday that his efforts to gain $500,000 in federal funding for a project to connect the city rive…

When Baraboo Fire Department Deputy Chief Steve Pointon celebrated 40 years as a firefighter in February 2017, he said he would attempt to bre…

“The beauty of this is that it’s a place to stay, but it’s also a place they can do something else in,” says owner Linda Gumz.

Opinions were split between a number of public speakers during a recent Baraboo Plan Commission meeting to review conceptual plans for a 48,20… 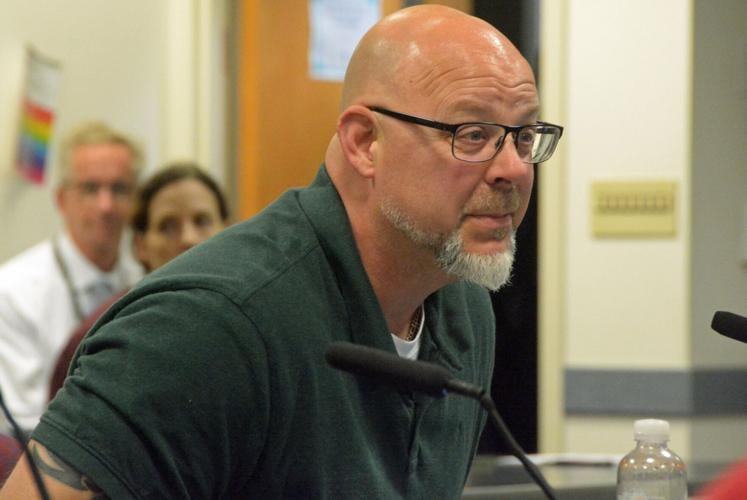 Sup. Carl Gruber asks a question about grant funding Tuesday during a Sauk County Board meeting. 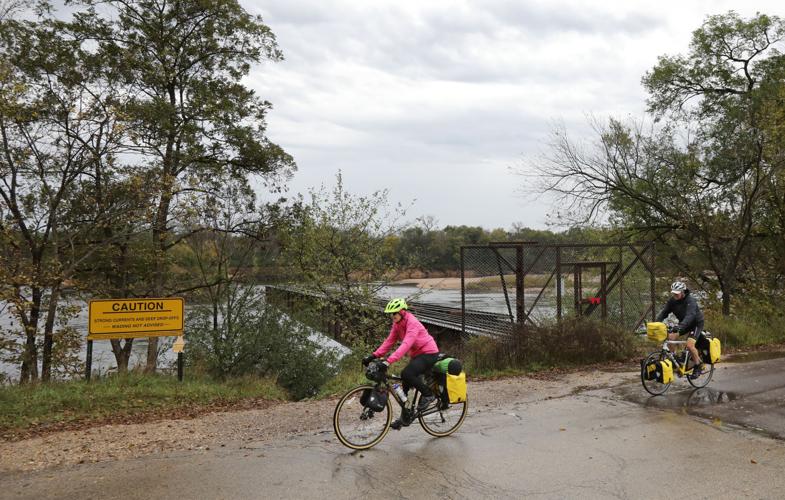 Bicyclists pass by remnants of a railroad bridge over the Wisconsin River in Sauk City, where officials announced plans last October to invest $4 million in planning for a new bridge to link trail networks in Dane and Sauk counties.