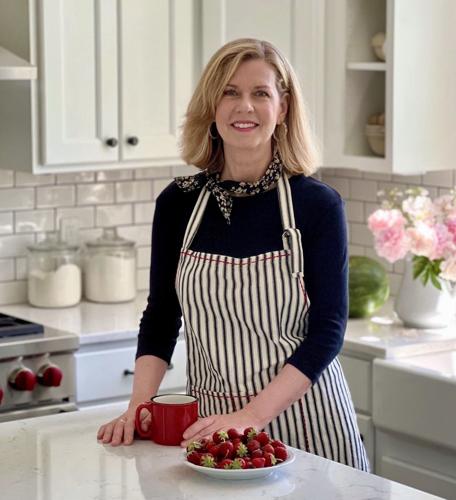 Jennifer Rude Klett poses in her kitchen. Writing about food, she says, is about more than her own interest in the subject matter. “I think (midwestern seasonal cooking is) a niche that is not being filled very well right now," she said. 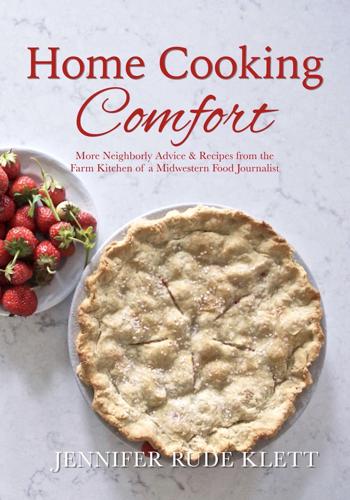 Despite the chili weather, the Baraboo Civic Center is warming up for a visit from Wisconsin cookbook author Jennifer Rude Klett.

Beyond the recent release, Klett will also be discussing her first cookbook, “Home Cooking Comfort” as well as general Wisconsin food and cooking for the upcoming holidays. She will also be holding a Q&A as well as signing books.

As far as content goes, both books have one thing in common: Their inspiration.

“Both cookbooks are definitely Wisconsin cookbooks,” said Klett. “They have a lot of midwestern common sense and feature food raised, grown, or produced in Wisconsin.”

The midwestern common sense Klett references is prevalent in the “neighborly advice” sections leading each of her cookbooks, and also sprinkled in throughout the remaining nine chapters. This was a priority of hers, she said, setting her books apart from merely listing ingredients and bake times.

“I didn’t want to just throw a bunch of recipes at people,” she said. “I wanted to really educate people and inspire people about the great foods we have in Wisconsin.”

Wisconsin’s foods, she added, vary with the seasons, and she recommends following the natural calendar of cooking set forth by local farmers, eating in-season produce. Fall, for instance, brings cranberries, pumpkins, and apples. Spring lends itself to asparagus, rhubarb. Eating in-season, she says, elevates many of her “relaxed yet refined” recipes.

“One of the things that I recommend is people embrace the natural rhythm of seasonal cooking,” she said. “When you eat local food in-season it provides you the best possible outcomes in home cooking.”

“We’re literally shaping the landscape of Wisconsin and helping our local farmers at the same time,” she said.

Her decades-long work as a reporter, she said, led her to writing about food. An award-winning journalist, Klett says her past was filled with stories regarding municipal government and sanitary sewers. Now, though, she’s shifted her focus.

“You kind of reach a point in your life where you just want to write about what interests you,” she said. “Food interests me.”

This interest, she added, developed after she wrote a story about how World War I changed peoples’ diets, which she expanded on in her 2014 book, “Alamo Doughboy: Marching into the Heart of Kaiser’s Germany During World War I.”

At the Baraboo Civic Center event, signed copies of “Home Cooking Comfort and Home Cooking Comeback” will be available in paperback for $26.99 and hardcover for $34.99, with cash or checks accepted.

Warrant issued for Baraboo man for charge of sexual assault

A Columbia County Judge has issued an arrest warrant for a man charged with sexual assault of a 15-year-old, according to court documents.

Mitchell K. Merkes, 32, was found guilty at a jury trial last year of homicide by intoxicated use of vehicle which led to the death of Zachary Austin of Rio, in 2020.

The City Council has approved a new ambulance contract that will keep Portage and surrounding towns covered for the rest of the year with an option to extend into 2024.

A teenager has been arrested following a high speed chase with police on Monday afternoon after allegedly fleeing a traffic stop in Portage.

Man takes car at truck stop with woman still inside

Portage officials have a plan for hiring a new city administrator after a discussion about salary, expectations about the job and how the cand…

He may be an internationally acclaimed pianist, but Jason Paul Peterson hasn’t forgotten his roots.

Peterson, who recently returned to his native Wisconsin from his current home in Switzerland, will be taking to the Zona Gale Stage at the Portage Center for the Arts (PCA) as a featured performer in the center’s 2022-23 Performing Arts Concert Series on January 28 at 7:30 p.m.

After two high speed chases lit up the typically quiet streets of his jurisdiction just weeks apart, Smith is doubling down on his public safety warnings.

Jennifer Rude Klett poses in her kitchen. Writing about food, she says, is about more than her own interest in the subject matter. “I think (midwestern seasonal cooking is) a niche that is not being filled very well right now," she said.