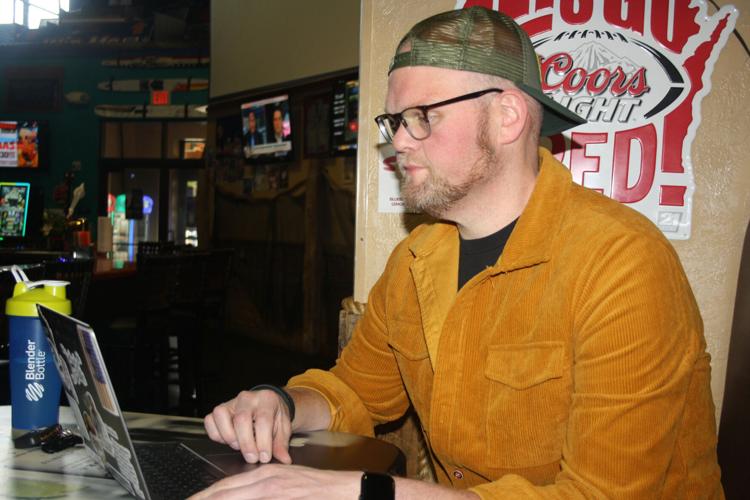 Former Dells-Delton EMS employee IAFF Local 5026 President Spencer Nett was terminated from his position effective Aug. 4. The termination was the result of  social media posts on the union's and Nett's personal accounts that were said to be false by the department. 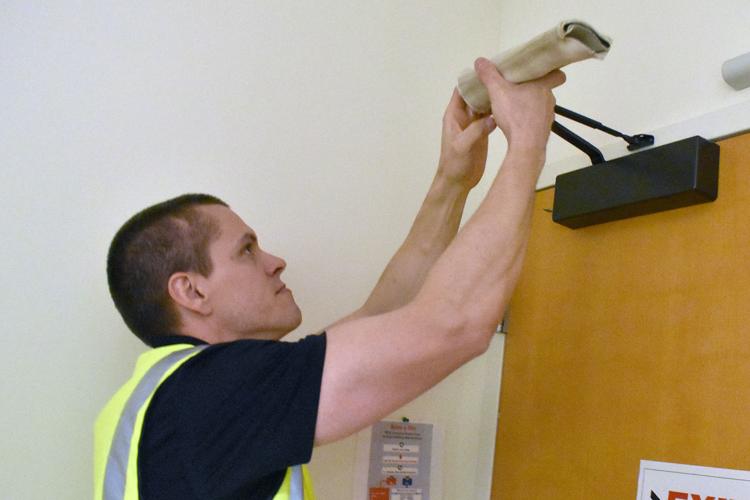 The Dells-Delton EMS employee who led the charge to oust Lake Delton's Director of Public Safety has been terminated from the department and will contest an "unlawful termination."

Spencer Nett, the former president of International Association of Firefighters Local 5026 (IAFF L5026), was relieved of his duties in a unanimous vote by the Dells-Delton EMS Commission on Aug. 4.

His termination of employment, which is due to an allegedly inaccurate social media post from himself and the union prior to Memorial Day weekend claiming that Dells-Delton EMS staffing levels were inadequate, was effective that day.

A social media post on May 27 from the union's account, as well as Nett's, was deemed inaccurate at the time by department director Dillon Gavinski. Nett was subsequently given an unpaid suspension before being placed on paid administrative leave retroactive to the start of the suspension on May 31.

Dells-Delton EMS Director Dillon Gavinski issued a release assuring that the department is "at or above" minimum level staffing to begin the tourism season in the area.

"The biggest issue that the village and DDEMS had, of course, is that the post claimed that staffing levels, over the Memorial Day weekend, were half of what they were last year due to short staffing, and that's not accurate," said Lake Delton village attorney Benoit LeTendre of West & Dunn law firm.

"This is very much a matter of public concern when we start talking about short staffing, exactly what that post addressed, both in the form of resignations, now terminations, as well as people moving on to different departments for various reasons," said Nett.

"Regardless of reasoning why they left, those numbers don't lie of short staffing. When you go from staffing three or four trucks on a typical summer day down to staffing two trucks, that absolutely is a reduction in staffing, exactly what Local 5026 did address," he said.

The Dells-Delton EMS service wants to increase wages within the department. It also is contracting with a medical staffing service to increase staffing in July.

"It's unequivocally true that there was short staffing," said Nett. "That can be proven that they had to bring in a staffing agency to staff the ambulances. I think it's a hard fact to dispute that you have low staffing when you're hiring outside staffing to make par numbers, or less than par numbers."

He further explained that every social media post made by himself or the union was made "for the benefit of the community as a whole."

"Local 5026, myself included, and every member of that department, truly does have the best intentions in mind for the community and that department," said Nett. "This situation is no different."

LeTendre added that the social media posts indicated that two ambulances were on duty for the weekend instead of the normal four. He clarified that Gavinski decided to have three on-call ambulances and that his decision had nothing to do with alleged staffing shortages, but an operational decision.

At the time of the post, the commission decided that if all of the allegations regarding Nett's social media actions were true, that it was a "fireable offense," according to LeTendre.

Nett received a hearing on June 29 via Loudermill Rights during his administrative leave, which is a due process hearing for a public employee in which he/she can present their part to a neutral third party. LeTendre said that the listening party, who also listened to testimonies from the commission, was retired Sauk County Judge Pat Taggart.

Taggart's findings, according to LeTendre, were that Nett violated the Dells-Delton EMS social media policy and that there was just cause for discipline, up to and including termination.

"The hearing is meant to ensure that there are no obvious mistakes in the allegations," said LeTendre. "In this case, 'Hey, I wasn't the one who posted this on Facebook." If they can demonstrate that, then obviously, there's no harm. Mr. Nett admitted that he was the one who not only posted it to the union page, but re-posted it to his personal page."

Following the release of the findings, LeTendre said the commission offered Nett an opportunity to seek "clemency," but he declined.

"Based on all of those facts, the commission today reviewed the findings and decided that his position should be terminated," said LeTendre.

Nett is contesting the termination with the assistance of legal counsel from Mooney, Green, Saindon, Murphy, and Welch, P.C. of Washington, D.C., which represents the IAFF, in conjunction with Nick Fairweather, an attorney from Hawks Quindel law firm in Madison.

"The department itself chose to terminate my employment based solely on violation of their social media policy," said Nett.

In a letter to LeTendre written by Matthew D. Watts, the firm deemed the termination as a violation of Nett's First Amendment rights as well as of the Municipal Employment Relations Act.

Watts wrote to LeTendre that Nett must not only be reinstated to the department, but should be immediately reimbursed for lost wages and any other losses stemming from the "unlawful termination." If that is not done, Watts said Nett and the firm will file a lawsuit against the department and commission.

LeTendre has until Aug. 19 to respond to the firm.

"The facts kind of prove themselves as to what's going on," said Nett. "It's a clear violation of my constitutional right to speak on a matter of public concern."

Watts's letter to LeTendre justifies its allegation of a First Amendment violation by saying that Dells-Delton EMS terminated Nett for exercising free speech and that the department's social media policy violation justification does "not withstand scrutiny and cannot excuse the clearly unconstitutional discharge."

Nett added that the department has displayed "a clear pattern of retaliation" towards members of IAFF L5026. He further explained he and his former coworkers' rights to union participation without retaliation under state and federal labor laws.

On Feb. 7, Nett submitted a vote of no confidence letter in Daniel Hardman, who is the village's police chief as well as the Director of Public Safety, that was signed by all 16 DDEMS employees at the time, to the committee. The letter, along with documents containing redacted identifying information, levied allegations of workplace harassment and abuses of power against Hardman.

Along with those allegations, violations of union protections were also addressed in the Feb. 7 vote of no confidence letter. L5026 has a pending prohibitive practice claim with the Wisconsin Employment Relations Commission regarding those violations, which will be pursued along with the lawsuit against the department, according to Watts's letter.

Watts's letter also said that the circumstances surrounding his termination show that the department disciplined him because of his union position and activities. According to the letter, other department employees also shared the May 27 social media post, but that Nett, being the union president at the time, received discipline.

When Nett was suspended on May 31, his suspension letter acknowledged that the department was "punishing him (Nett) for the Union's conduct accordingly," according to the legal counsel.

Watts also wrote that the department and Hardman have "consistently exhibited serious union animus and acted with open hostility" to L5026 and its leaders.

Hardman was cleared of wrongdoing and reinstated to his positions on April 26.

Following an independent investigation into allegations of workplace misconduct, Lake Delton Police Chief and Director of Public Safety Daniel Hardman was cleared of wrongdoing and is being reinstated to his positions.

On July 1, Darren Jorgenson, the former chief of the Delton Fire Department who was placed on paid administrative leave the day Hardman was reinstated, mutually agreed to part ways with the department.

He is continuing employment in emergency services as an emergency medical technician and will be teaching the upcoming fire training course at Wisconsin Dells High School. Jorgenson is also a fire instructor with Madison Area Technical College.

"It became abundantly clear that resigning was in the best interest of the department and my family," said Jorgenson.

Jorgenson spent 19 years with the department, becoming chief in 2010. He has an optimistic outlook about the future of Delton Fire Department.

"I would encourage anyone who wants to serve their community to look into joining their local department," said Jorgenson. "For me, it was the best decision I ever made. I pray for the members of the department and their safety and bright future."

Jorgenson's leave placement was based on investigation findings that revealed allegations of insubordination and possible evidence destruction against him. The subsequent investigation into those allegations was concluded upon the parting agreement.

Delton Fire Department Fire Chief Darren Jorgenson was placed on paid administrative leave Tuesday due to allegations of insubordination, sexual harassment, and possible evidence destruction. The decision came at the same time Police Chief and Director of Public Safety Daniel Hardman was reinstated from leave to his positions.

Four people were arrested on numerous drug-related charges in Adams County on Aug. 1 after a search warrant stemming from a long investigation.

Spencer Nett, the Dells-Delton EMS employee who wrote a vote of no confidence letter against Lake Delton Public Safety Director Daniel Hardman in February, was terminated from his position in a unanimous vote by the Dells-Delton EMS Commission on Aug. 4. The termination is in response to allegedly false social media posts made by Nett regarding DDEMS staffing in late May.

Because of an increase in enrollment, the School District of Wisconsin Dells has a higher projected total amount of expenditures for the 2022-23 school year, but an increase in state aid could offset that and leave district taxpayers with a lower mill rate and total levy.

Steve Uphoff, owner of the historic Dawn Manor house in Lake Delton, has stored the original components of the house while he seeks a Dells area location to rebuild it.

The Village of Lake Delton unanimously approved a measure extending disability insurance coverage to village employees who wish to have coverage while missing work due to an injury or other medical reason.

Former Dells-Delton EMS employee IAFF Local 5026 President Spencer Nett was terminated from his position effective Aug. 4. The termination was the result of  social media posts on the union's and Nett's personal accounts that were said to be false by the department.