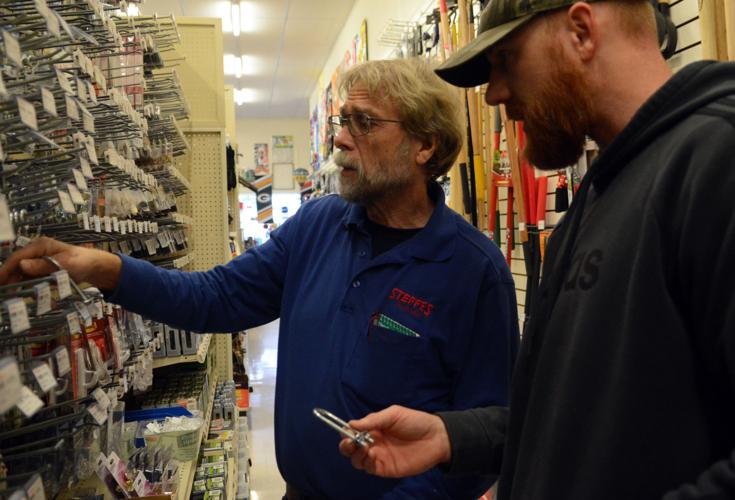 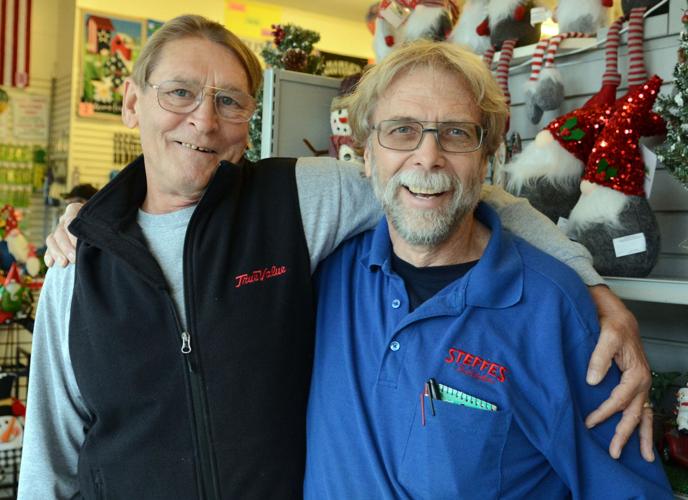 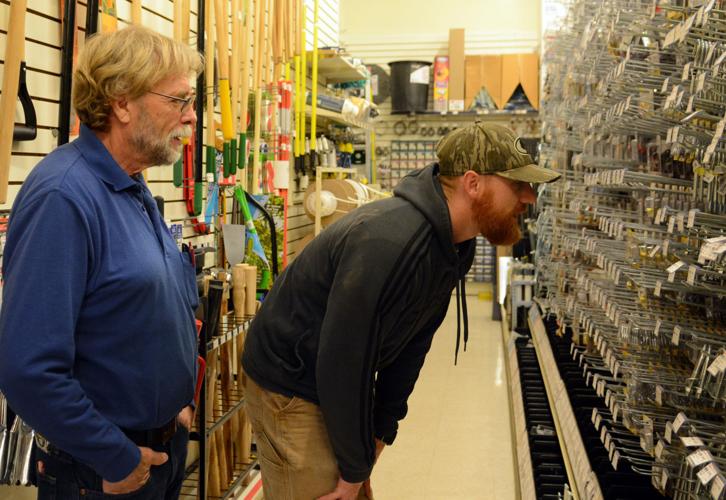 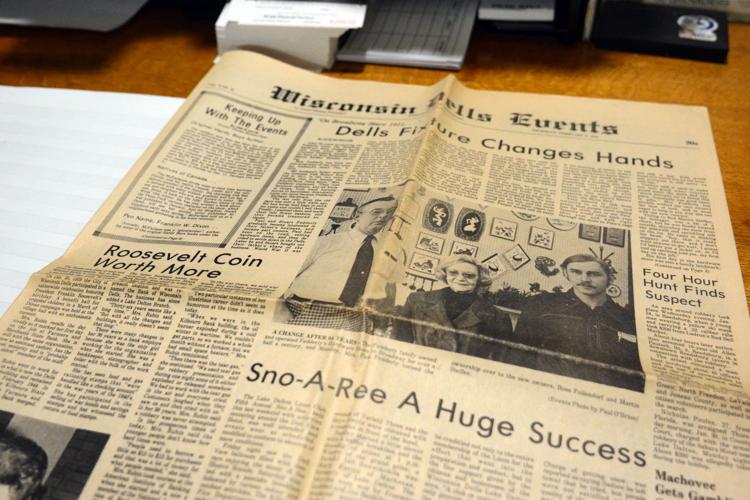 A Feb. 6, 1975, edition of the Wisconsin Dells Events saved by Martin Steffes features a story about him and his father-in-law Ross Follendorf buying a hardware store -- known today as Steffes True Value -- from Corrine Fedderly, whose family originally opened the store in 1911. Steffes is selling the store Dec. 1 to his longtime manager, Gary Booth.

In the small office overlooking his hardware store Monday, Martin Steffes pulled out an edition of the Dells Events yellowed with age, pointing to the 1975 front-page story announcing his and his late father-in-law’s purchase of a “Dells Fixture.”

Steffes has owned the store since then, moving it a couple of blocks from Broadway Street to its current location on Superior about 13 years ago. After 47 years at the helm of Steffes True Value Hardware, he’s ready to retire at 71 years old.

“I’ve been in business for, well, almost half a century and it’s time for me to move on,” Steffes said.

The store will officially change hands Dec. 1 to Gary Booth, its manager for 29 years, decades after the two started discussing the possibility. After that, Steffes is moving to Arizona.

“It’s something we’ve been talking about a long time,” said Booth, 66, “and the time is right and we’re going to do it.”

Neither would disclose the cost of the sale, but Steffes described it as “enough,” and Booth as “too much.”

Aside from a name change to Gary’s True Value, customers shouldn’t notice much of a difference in how the business operates, they said.

“The store will be run the same, and they (customers) will be treated the same,” Steffes said, noting his policy of greeting each person who walks through the door, learning their names and making sure to help them find what they need. He’s been in business for so long, he’s gotten to know four generations of patrons, he said.

“We just have a real good rapport with our customers,” he said.

Booth, who worked as a manager for a trucking company before coming to the store in 1992, said he’s learned a lot from Steffes about working in retail and plans to carry those principles forward.

“That’s what made us. That’s why we survived,” Booth said of their customer service. “There used to be five hardware stores in town, and now there’s one.”

Their customer base has changed dramatically in recent years, they said, particularly after the initial shutdown at the beginning of the COVID-19 pandemic. Booth said that “changed everything,” bringing more women to the store than ever before, which he attributed to the service, selection and the store’s smaller size compared to big box stores.

“We used to know everybody who walked in the door. Now it’s like we know 10% of them,” Booth said.

He said the area continues to change, with more new construction on the Dells side of the Wisconsin River.

Steffes and Ross Follendorf, his wife’s father, bought the store at 310 Broadway St. from Corrine Fedderly, whose family first opened it in 1911, according to the 1975 Events story. At that location, they began selling “cutesy stuff” — meaning lawn and garden decor — along with the usual hardware, which Booth suggested as a way to attract tourists, “and it’s working very well,” Steffes said.

Once he takes over, Booth said he will modernize the business’ advertising with use of social media — an aspect of modern life that Steffes has avoided. Steffes said Booth will be “doing things I never did” and letting his four other employees bring their ideas to the table.

“It needs new ideas,” Steffes said of the store. “I am not a creature of change. I like to keep things the way they were, and things need to move on.”

Still, giving up the business is “like a two-edged sword,” he said.

“One side is good and the other side is not so good. I love what I do and I love my customers, and there you go. It’s hard to give it up,” Steffes said.

He likened passing the business to Booth to the concept of paying it forward.

“That guy there did this for me,” Steffes said, choking up as he pointed to the photo of Follendorf in the 1975 Events, “and now I’m doing it for him (Booth), so there you go. I get kind of teary-eyed thinking about it.”

Downtown Dells ready for the holidays with return of Tree of Light, Christmas activities

The holiday season is underway, and Wisconsin Dells is hosting series of events and displays to welcome in Christmas.

Business partners Brian Buchanan and Brett Williamson are bringing to Baraboo the sport that sparked their friendship, a pastime Buchanan said…

A Feb. 6, 1975, edition of the Wisconsin Dells Events saved by Martin Steffes features a story about him and his father-in-law Ross Follendorf buying a hardware store -- known today as Steffes True Value -- from Corrine Fedderly, whose family originally opened the store in 1911. Steffes is selling the store Dec. 1 to his longtime manager, Gary Booth.