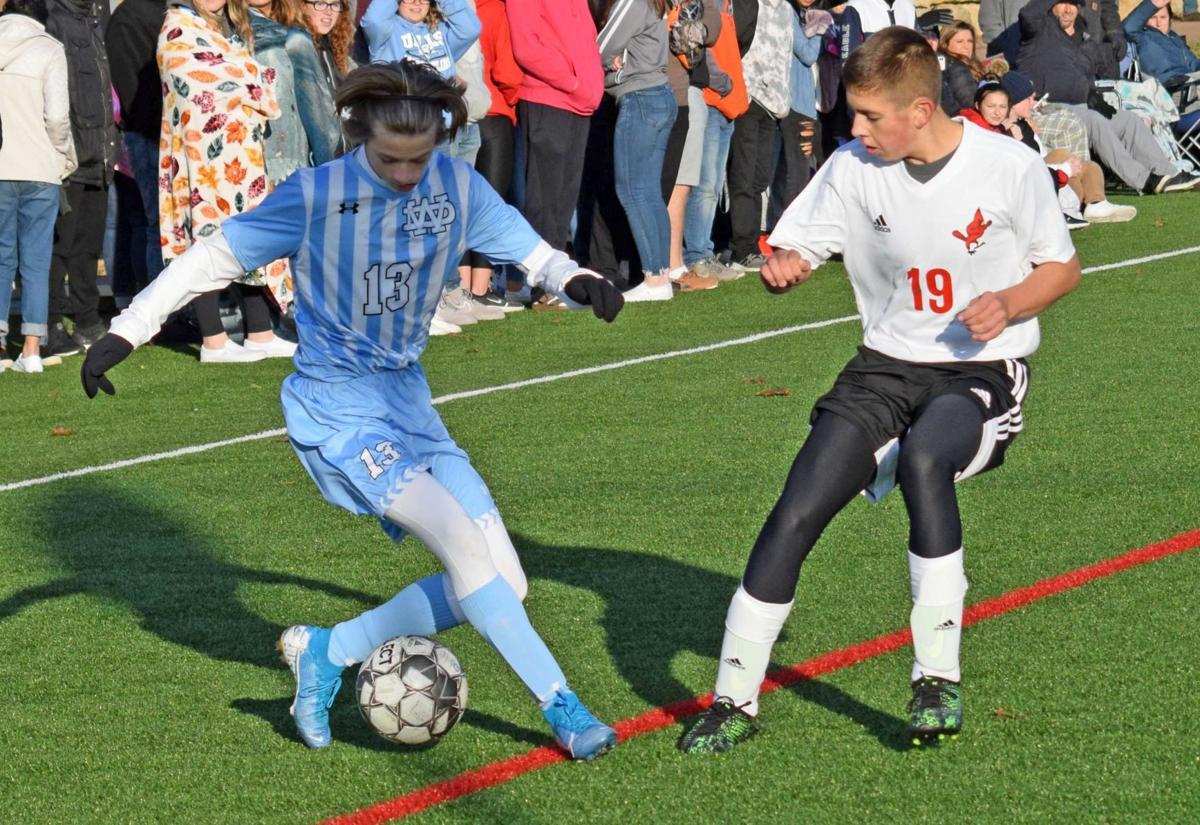 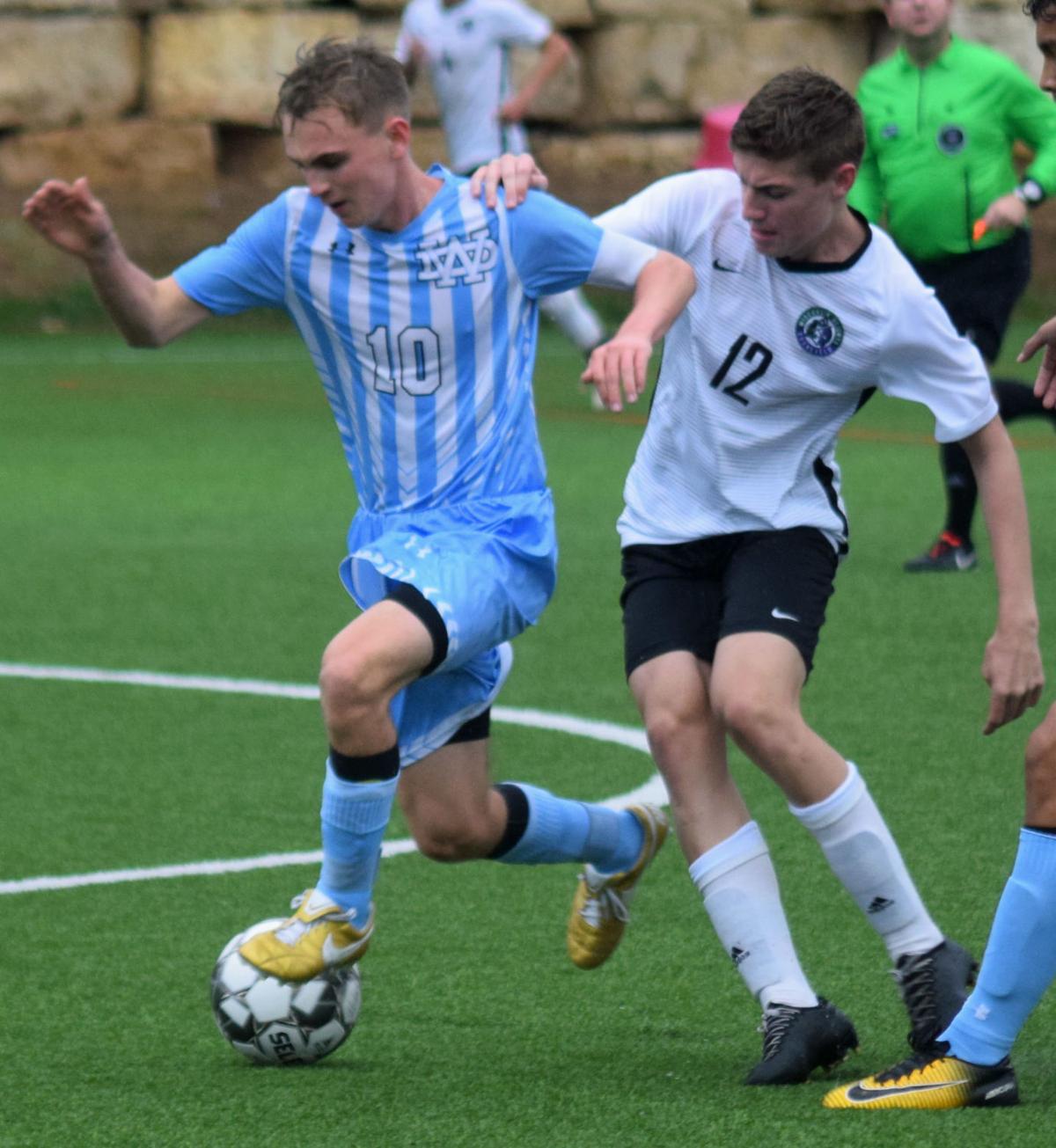 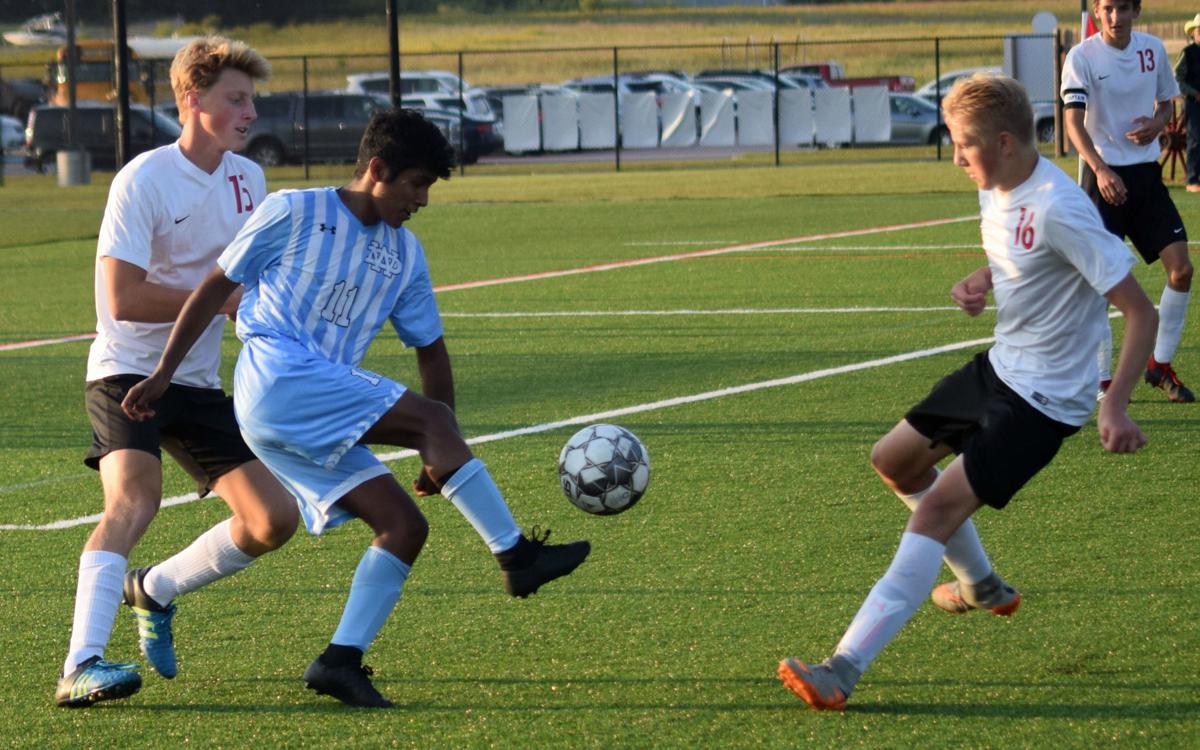 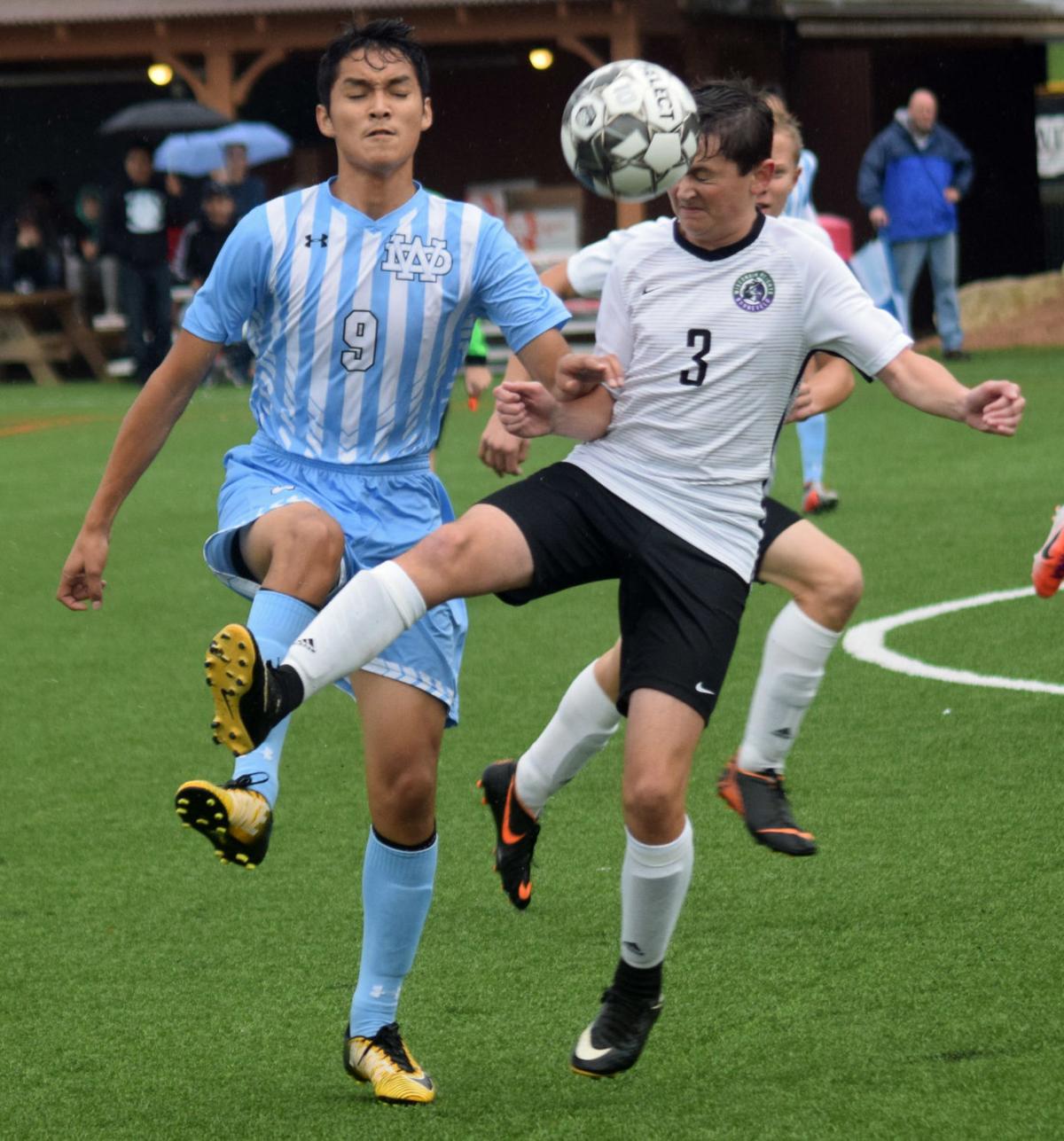 Wisconsin Dells sophomore Mark Bautista fights for a loose ball during the first half of a Capitol Conference game last season.

Finishing with an above-.500 record and reaching the program’s first regional final since 2013, last season was a banner one for the Wisconsin Dells soccer team.

As positive as last season was, the Chiefs have work to do this fall, having to replace seven seniors from last season, including five varsity regulars. Despite those losses, Wisconsin Dells coach Ernesto Arias is confident the Chiefs have the right returning pieces, plus some skilled newcomers, to continue to make waves in 2020.

“Every year, there’s big opportunities to fill big gaps with new players after losing seniors,” Arias said. “We’re working to fill those gaps and working hard. The team is young and it’s looking really solid. This is one of the years that’s going to be super interesting, watching every player on the field.”

Among the losses for the Chiefs are four-year starting goalkeeper Ben Fish. A four-time All-Capitol Conference selection, Fish was a stalwart between the pipes last season, allowing just 21 goals in 15 games. He came up with a number of big time saves when he needed to, including a season-high 14 stops in Wisconsin Dells’ season-ending 4-3 extra time loss to Arcadia in a Division 4 regional final.

The good news for the Chiefs, who finished last year at 8-5-2 overall, including 3-4-2 in the Capital Conference, is that they return 14 from last year’s group, led by returning all-league picks, Will Van Dinter and Nick Sabey.

Van Dinter earned first-team honors last year, garnering all-league honors for the second consecutive season, as he led the Chiefs with 14 goals, including five multi-goal games, and four assists. Sabey, an honorable mention pick, added four goals and a pair of helpers, as the skilled midfielder helped anchor the middle third of the pitch for the Chiefs.

Both are entering their fourth varsity seasons, along with fellow seniors Angel Jaramillo, a mainstay in the Chiefs backline, and Cole Wohlrab, Arias knows the team’s success starts with them.

“Nick and Will have been team leaders for, coming into this season, three years now. This year’s team is now on them and we’re going to count on them to lead every player on the team,” he said. “

Along with the four-man senior class, the Chiefs return an experienced junior group that has gotten significant minutes since their freshman year. Helping lead the way is forward Alejandro Salazar, who finished second on the team in goals last season with six.

Coupled with Salazar, the Chiefs return Jonathan Vargas, Meghan Mendez, Jeremy Paige, Adrian Juarez and Max Diaz. Paige will see a steep increase in his minutes as he looks to take over for Fish, but Arias is confident he’s up to the task.

“He got a couple minutes last season and we’re getting him ready,” he said.

“Every one of the players have good skill, they know each other and they’ve been playing with each other already for a while, so being so young, we still have a ways until their senior year. It’s going to be really interesting to watch,” Arias said. “Everyone is stepping up for the rest of the team and making sure the team stays solid.”

Aiding in that will be a six-man freshman class comprised of Edwin Rivas, Bryan Alva, Justin Vargas, Luis Jaramillo, Gregorio Martinez and Arnulfo Salazar. Coupled with getting the freshmen up to speed, Arias said it’s been difficult getting the entire group back into shape given the time off because of the COVID-19 pandemic.

The Chiefs began to ramp things up towards the latter end of the summer with captain’s practices, and while they look ready to play, Arias is still trying to temper things out so the team doesn’t suffer a rash of injuries.

“The biggest part is going to be getting used to the new regulations and just starting from low place; taking it slow and not going 0 to 100, especially when the team hasn’t been active for a while,” he said.

The accelerated has also come with other challenges thanks to the new COVID-19 safety protocols. Arias said the group has been “adapting little by little and following the guidelines as best as possible to keep everyone on the field.”

“Moving forward, we’re going to do as much as we can.”

Despite all of the changes, Arias’ expectations and hopes for the Chiefs have remained a constant. Like always, he wants to make sure the Chiefs are playing together, staying active and just improving.

“Making sure players know the game really well and becoming better athletes themselves, but also as a team,” he said. “The main thing is making sure the kids stay active and playing better as a team, and it seems like everyone is going to have a fun season.”

Wisconsin Dells was set to open the season on Tuesday with Lake Mills, however, the contest against the L-Cats was postponed. Chiefs will now start their 2020 campaign against Watertown Luther Prep on Thursday at Woodside Sports Complex in Wisconsin Dells.

The Chiefs controlled throughout, clipping the Cardinals to reach their first regional final since 2013.

Goals late in the first and second halves can play a pivotal role in the end results of games.

Wisconsin Dells sophomore Mark Bautista fights for a loose ball during the first half of a Capitol Conference game last season.