VILLAGE OF OREGON -- Normally the groundbreaking for a new Culver's restaurant doesn't generate this kind of attention, but about 150 people turned out Wednesday for this one.

"It's been so exciting for me because I love Culver's so much," said Marlene Hughes, 79, of Madison, who brought her own chair to the event.

Hughes got swept up in the hoopla after Dana Terrian built a miniature Culver's restaurant replica and put it at the site of the future restaurant in mid-June.

He put five toy cars out with it, and the next day when he drove by, there were more. Each day, additional toy vehicles and other items were placed in line. By the time the restaurant broke ground, there were about 1,640 "entities" lined up in waves of rows.

Terrian, 65, who was a senior respiratory therapist at the VA hospital before retiring in June after 41 years, said he calls them "entities" because they weren't all vehicles.

Hughes, a retired state worker, said she made three trips to the site, last time bringing a piggy bank and two little piggies she put next to it. "We've been saving our money so that when Culver's opens, we can pig out," she quipped.

Before that, she brought a bicycle and a tricycle. "Each time you bring something, you have to look at what everybody else brought. This has just been a hoot. I love it."

The whole menagerie was collected after the event and donated to the Goodwill store in nearby Stoughton.

Culver's founder, Craig Culver, 72, said he's never seen this kind of anticipation. "There's a lot of enthusiasm here in Oregon," he said before the event. "It makes me a little nervous as a matter of fact, when we open this place, I hope we can handle the business."

He said the Culver's chain has 883 restaurants in 26 states. The Oregon restaurant will be the seventh owned and operated by his corporation, Culver Franchising, based in Prairie Du Sac.

Culver said the restaurant at 1075 Park St., on the village's southeast side, should be open by March.

Jenn Ohlinger, of Oregon, brought her daughter, Eliana, 9, to the groundbreaking.

"It's quite the obsession," Ohlinger said. "They've been talking about this for years. Everybody has wanted a Culvers."

She and Eliana contributed a toy car, and Ohlinger said they've enjoyed walking the path from end to end, and photographing it.

"We just took our time with everything, looking at it, until we finally got to the little Culver's store," she said before the items were removed. "There's just so many things to look at."

Art of the Everyday: A recap of August in photos from Wisconsin State Journal photographers

George Clooney says there is no downside to his wife Amal 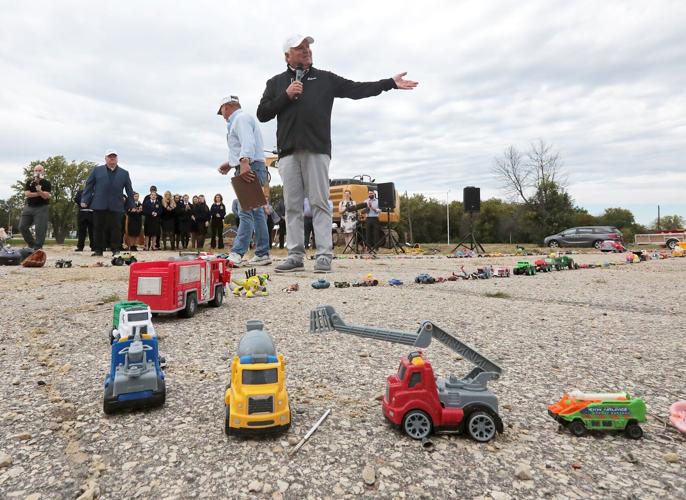 Craig Culver, founder of the Culver’s restaurant chain, addresses attendees at a groundbreaking for the company’s future restaurant in Oregon. 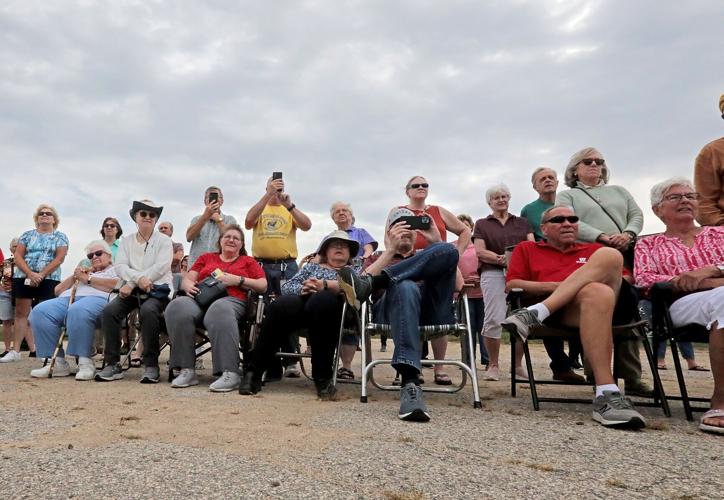 Attendees at a groundbreaking for a new Culver’s restaurant in Oregon listen to remarks by company founder Craig Culver Wednesday. 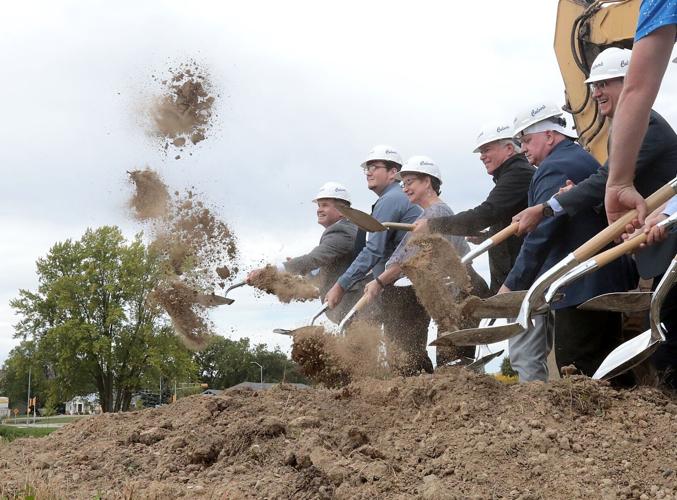 Participants in the groundbreaking for a new Culver’s restaurant in Oregon throw ceremonial shovels of dirt Wednesday. 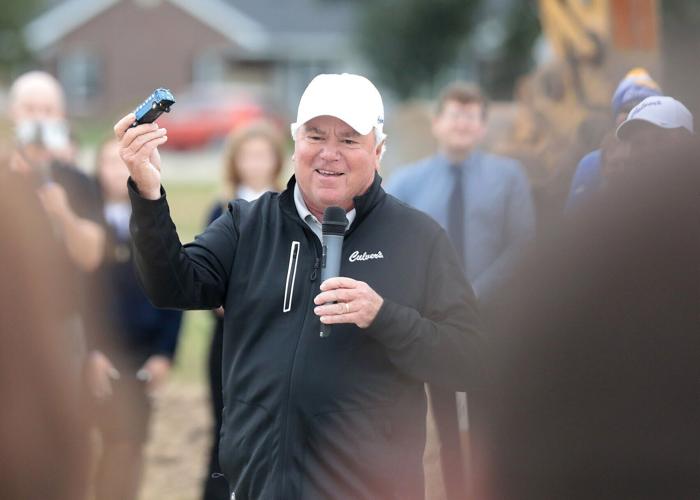 Craig Culver, founder of the Culver’s restaurant chain, displays his contribution to a display of toy vehicles at the site of the company’s future restaurant in Oregon. 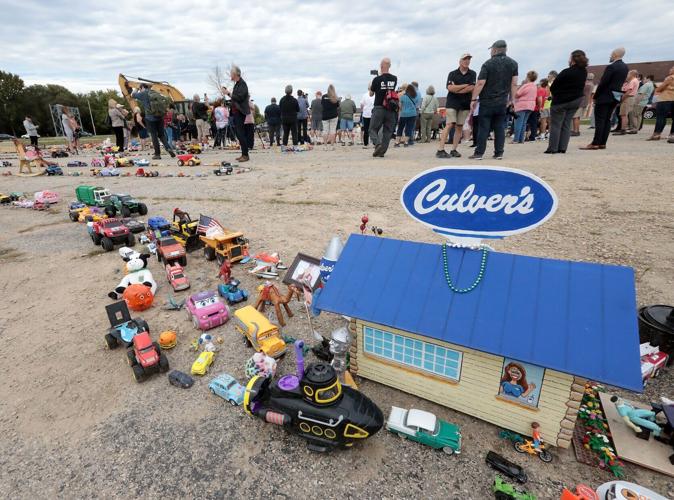