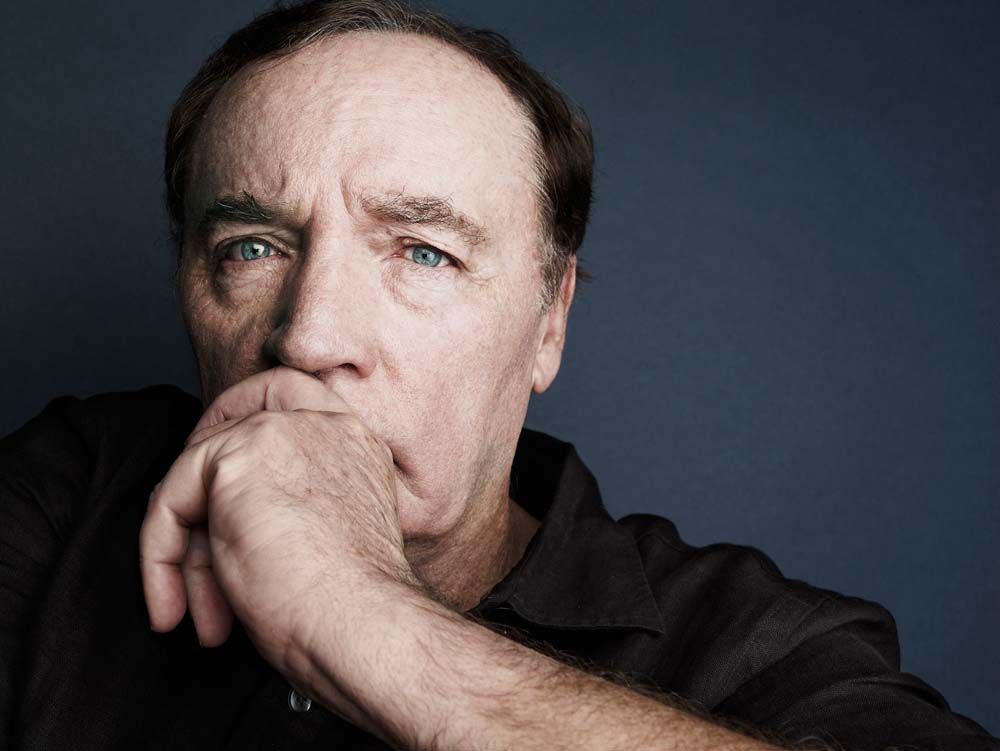 James Patterson, the world's No. 1 bestselling author, doesn't make many public appearances, but he will be at the Wisconsin Book Festival in conversation with Steve Paulson from Wisconsin Public Radio's "To The Best of Our Knowledge." 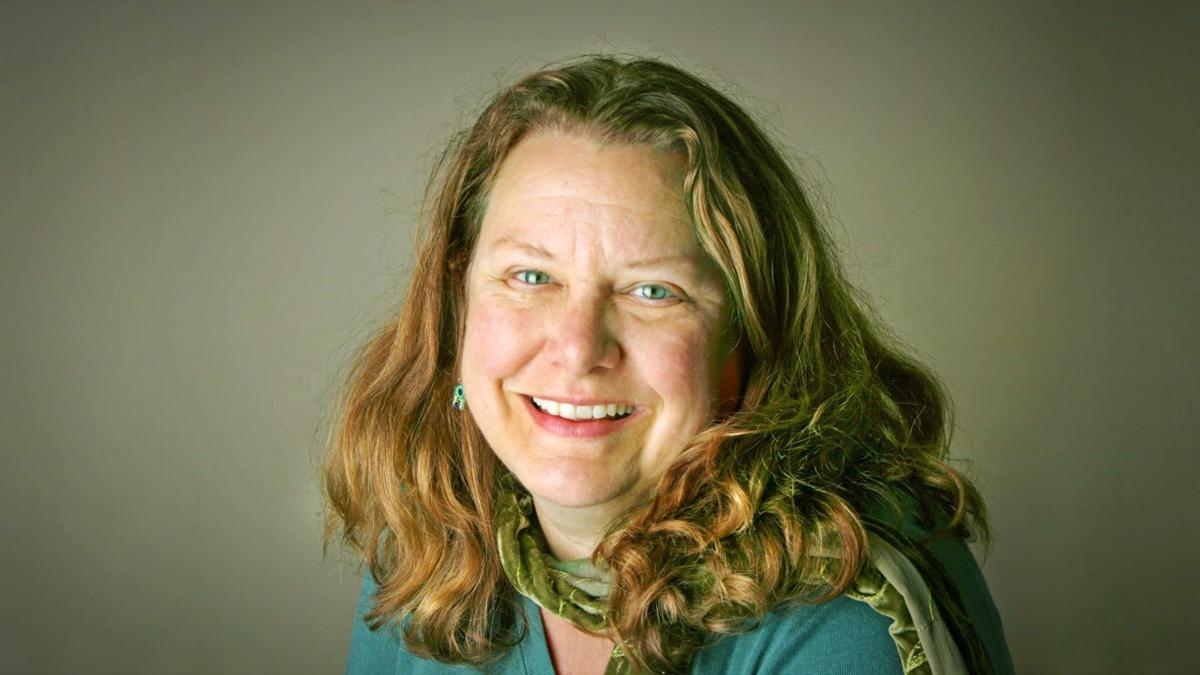 Megan McDonald, author of the best-selling Judy Moody and Stink series, will appear at the Wisconsin Book Festival with her latest, "Judy Moody and the Right Royal Tea Party." That event will be at 10:30 a.m. Oct. 13 in Central Library's children's section. 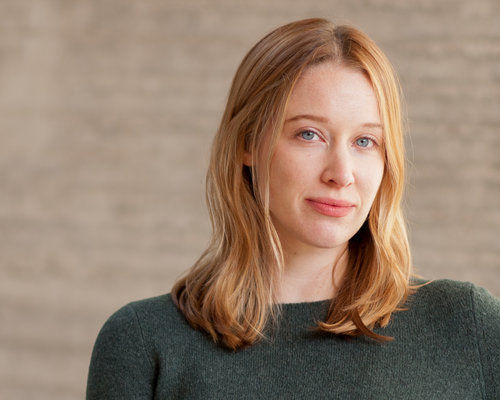 Chloe Benjamin's recent novel, "The Immortalists," probes the line between "destiny and choice, reality and illusion, this world and the next," according to Goodreads. The Madison author will appear as part of the year-long Wisconsin Book Festival at 7 p.m., Oct. 11 at the Central Library.

Book lovers who’ve had a chance to check out the Wisconsin Book Festival lineup are trying to figure out how to fit in as many as 60 events over four days this fall.

While a deluge of authors come during the four-day weekend, organizers have come to see the festival as a year-round celebration culminating during four days in the fall.

A star attraction this year will be New York Times No. 1 best-selling author James Patterson, who will discuss his forthcoming book for young readers, “Max Einstein: The Genius Experiment,” which Kirkus Reviews calls “a fun, positive book with plenty of heart.”

The event will be held at 10 a.m. Oct. 7, four days before the start of the festival weekend, in Overture’s Capitol Theater where Patterson will be in conversation with Steve Paulson from Wisconsin Public Radio’s “To the Best of Our Knowledge.”

It’s the first and only kids’ book series officially approved by the Albert Einstein Archives, according to the festival’s website.

“James doesn’t do events like this for many people in many places,” Moran said. “If it’s not the ‘Today’ show, he probably doesn’t show up. Given that he sells one in four hardcovers in America, he doesn’t really have to.”

In the book, a 12-year-old homeless genius orphan, who is obsessed with Albert Einstein, is recruited by one organization and hunted by another.

“The book really takes the science to heart,” Moran said. “It’s a book about a little girl who is related to Albert Einstein. From what I’m told, the science is impeccable and he really cares about writing these books to encourage girls to pursue science.”

The Alliant Energy Foundation is buying 500 books that will be given away for free to the first 500 children who come to the event.

“People say that they love all of their children equally,” Moran said before detailing some of the key events. “And I like to say that I love every festival event in the same way and will give them the same opportunity and the same amount of time, but you know, sometimes there are highlights.”

Moran proceeded to promote many events, including political reporter Dan Kaufman’s discussion of his book “The Fall of Wisconsin,” which has been of keen interest to many who pay attention to state government.

Another political standout will be an appearance by Wisconsin’s 42nd Gov. Tommy Thompson, who governed the state from 1987 to 2001. He has a book coming out with former State Journal columnist Doug Moe, “Tommy: My Journey of a Lifetime.”

Other notable authors include novelist Rebecca Makkai, whose latest book is “The Great Believers”; science writer David Quammen with his “The Tangled Tree”; Madison’s own Chloe Benjamin with “The Immortalists”; and Wisconsin Institute for Creative Writing 2016-17 Fiction Fellow Jamel Brinkley with “A Lucky Man.”

Pulitzer Prize-winning author and journalist David Maraniss, who has longstanding ties to Madison, hosted the launch party for media and festival donors.

Maraniss, a big library supporter who has written 12 books, called himself “The Madison Public Library’s official mascot.” He said his father, Elliott Maraniss, editor of The Capital Times in the late 1970s and early 1980s, in his last year of life was told by a nurse that he could go out to church on Sundays.

“He said, ‘My church is the public libraries,’ “ Maraniss said, quoting his father. “So that’s where I come from.”

Jenni Collins, executive director of the Madison Public Library Foundation, thanked all the sponsors and donors who make the festival possible. She also credited Moran for his programming, and said that he’s good at keeping secrets.

“He spends the entire spring and summer booking stuff for the four-day fall festival and very few of us know who’s coming” she said.

Every once in a while, she said, she’ll see a book and email Moran, urging him to bring the author to the festival, only to find that author’s already coming.

Another author who will attract a lot of interest is biographer Kate Moore, for “Radium Girls: The Dark Story of America’s Shining Women.” Moore tells the true story of the New Jersey women who contracted radium poisoning in early 20th century watch factories and fought to improve labor laws and scientific knowledge of radium poisoning.

Cultural commentator Rebecca Traister will discuss her “Good and Mad: The Revolutionary Power of Women’s Anger,” a recounting of the historical roots of women’s collective anger — from suffragists to the present — and how it’s informed American cultural history.

Emory University African-American Studies Professor Carol Anderson will talk about her new book, “One Person, No Vote: How Voter Suppression Is Destroying Our Democracy,” in which she details the election of Donald Trump and traces voter suppression back to the Jim Crow South where Democratic former slave owners and other whites kept black people from voting.

Also, journalist and food writer Mark Kurlansky will discuss his new book, “Milk! A 10,000-Year Food Fracas,” in which he proves that, under intense scrutiny, almost any subject seems extraordinary. Kurlansky has chronicled food and its history, from ‘’Salt’’ to ‘’Cod.’’

All events are free and open to the public. Check out the full schedule at wisconsinbookfestival.org.

Where: Madison Public Library’s Central Library and other locations

The Rolling Stones discuss if 2021 tour will be their last

Matthew McConaughey weighs in on his future in politics

Matthew McConaughey weighs in on his future in politics

Elvira, 'Mistress of the Dark,' says she's gay, in longtime relationship with woman

Elvira, the "Mistress of the Dark," shared in her new autobiography, "Yours Cruelly, Elvira," that she identifies as a member of the LGBTQ+ community.

Here's a list of winners from Sunday night's Emmy Awards, plus a gallery of photos of stars on the red carpet before the show.

'Tiger King 2' is coming to Netflix

Get ready all you cool cats and kittens, Netflix has announced "Tiger King 2" is coming coming to the streaming service.

Anthony "AJ" Johnson, an actor and comedian best known for his performance as Ezal in "Friday," has died. He was 55.

Former pro wrestler Mick Foley has became a multi-time New York Times best-selling author with 11 books that span from memoirs to contemporary fiction to holiday-themed for children. He appears at the Eagles Lodge in Madison at 6 p.m. on Sept. 26.

These were not the Pandemmys, but were hardly normal either. See 8 key moments from last night's Emmy Awards.

Beloved 'Sex and the City' actor Willie Garson dies at 57

Willie Garson, who played Stanford Blatch, Carrie Bradshaw's friend on TV's "Sex and the City" and its movie sequels, has died.

James Patterson, the world's No. 1 bestselling author, doesn't make many public appearances, but he will be at the Wisconsin Book Festival in conversation with Steve Paulson from Wisconsin Public Radio's "To The Best of Our Knowledge."

Megan McDonald, author of the best-selling Judy Moody and Stink series, will appear at the Wisconsin Book Festival with her latest, "Judy Moody and the Right Royal Tea Party." That event will be at 10:30 a.m. Oct. 13 in Central Library's children's section.

Chloe Benjamin's recent novel, "The Immortalists," probes the line between "destiny and choice, reality and illusion, this world and the next," according to Goodreads. The Madison author will appear as part of the year-long Wisconsin Book Festival at 7 p.m., Oct. 11 at the Central Library.

'Tiger King 2' is coming to Netflix

Pig out with 3 pork recipes from a Michelin-starred chef

Andy Serkis: The Batman will be 'special'