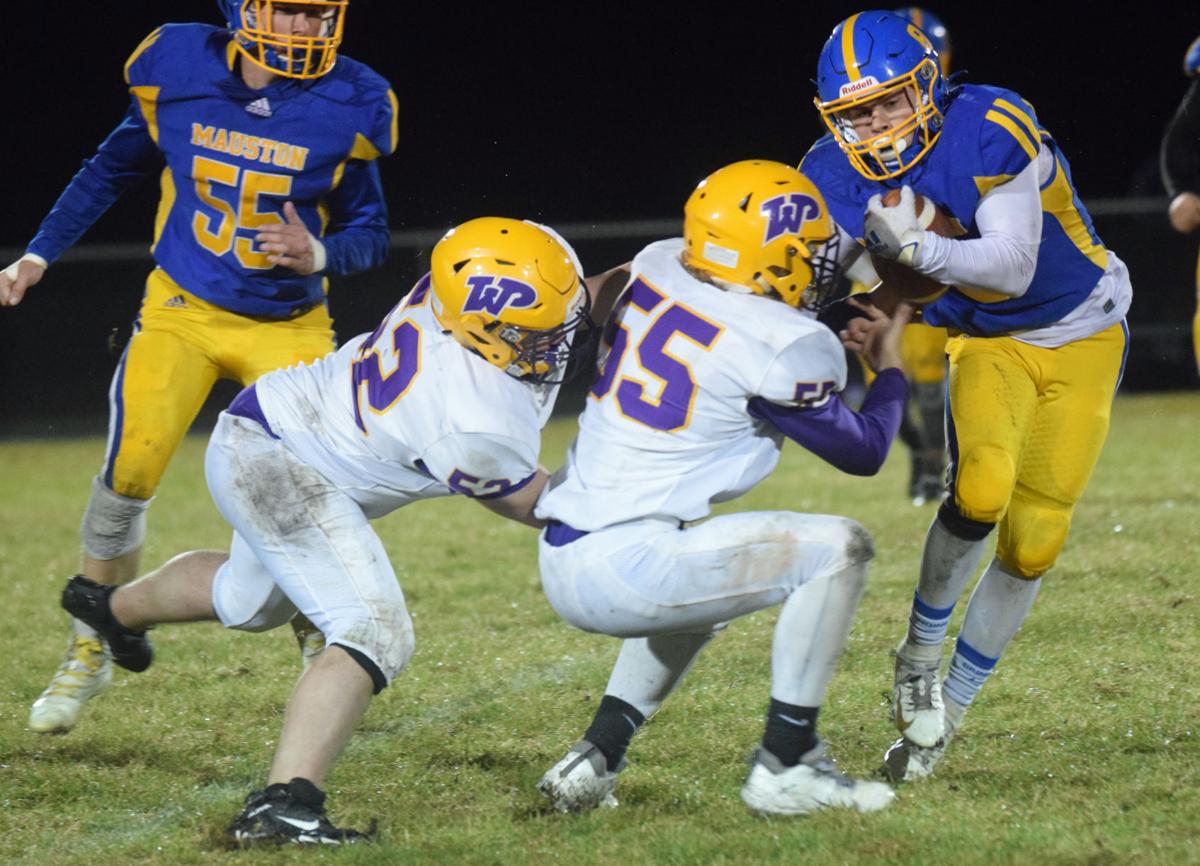 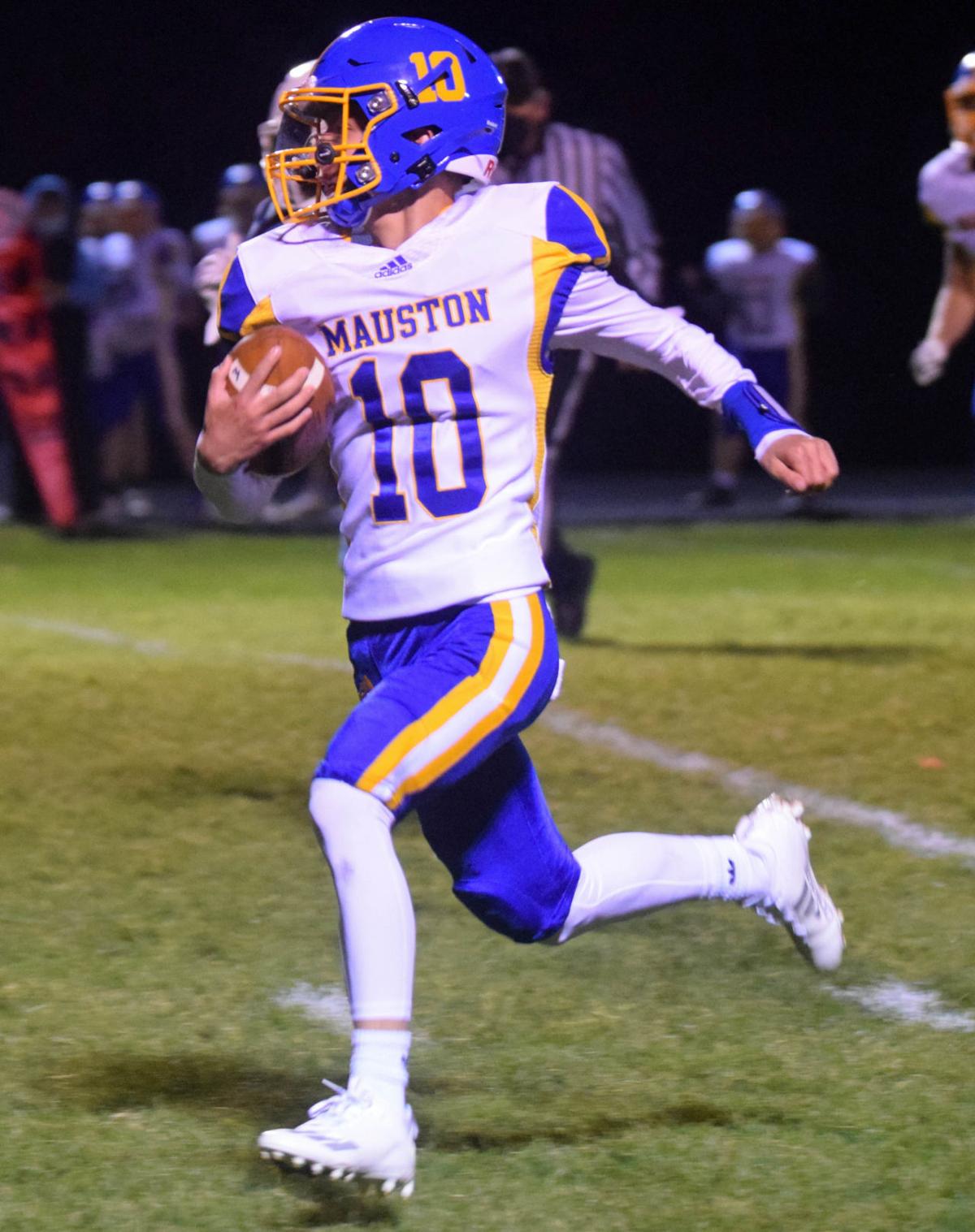 A three-year starting quarterback, a bevy of athletic playmakers and a stout defense can be a mountain to climb for any team.

The Mauston football team did its best to ascend the elevation that is Lake Mills last Friday and ultimately ran out of air. The Golden Eagles attempted to escape a four-score hole midway through the second quarter but couldn’t escape the L-Cats clutches, suffering a season-ending 56-20 loss in a WIAA Division 3 Level 1 match-up at Lake Mills High School.

Mauston’s normally potent ground game was held in check all night while the L-Cats combined for 504 total yards, including 302 yards through the air and five touchdowns off the arm of senior quarterback Adam Moen.

“We knew it was going to be a tough match-up going in; they’re very, very explosive and they have some great athletes,” Mauston coach Roland Lehman said. “Coming into the game we were down another kid, so we had to switch some things and move some people around, but I’m very proud of the way our kids battled.”

Slow starts have plagued the Golden Eagles (5-2) in the past and it as similar case against the L-Cats. No. 2 seed Lake Mills (6-1) found the end zone three times in the first quarter, including touchdown passes of 24 and 27 yards to Grant Horkan from Moen, and added another score midway through the second for commanding 28-0 lead.

The Golden Eagles stayed calm however, scoring in the waning minutes of the first half to get some momentum going into the break. Senior Jack Luehman, who finished with a game-high nine catches for 115 yards, hauled in a 17-yard TD pass from junior Spenser Lehman to cut the lead to 28-6 with 2 minutes, 51 seconds left until halftime.

The momentum carried over into the second half as Mauston recovered an onside kick to start the final 24 minutes. That turned into another end zone trip as this time Spenser Lehman hooked up with senior Camron Cafferty on a 5-yard pitch-and-catch. The following two-point run was good and the Eagles were right back in things trailing 28-14 with 8:25 left in the third quarter.

“We got down quick and some of that is having to insert a kid into a position he really hasn’t played all year, and they were able to take advantage of that. But we got things moving a little bit, got some confidence and got a score,” Roland Lehman said.

“Then recovered an onside kick and got another one; we battled our way back into the game but they’re just really, really athletic.”

That showed as Lake Mills re-established its four-score lead with a pair of rushing touchdowns in the third quarter to go in front 42-14. Cafferty and Lehman found paydirt again early in the fourth quarter, this time on a 14-yard TD connection, to pull within 42-20 but it was too little, too late.

Lake Mills responded with two more scores just 1:39 apart, including a 51-yard bomb from Moen to senior Jaxson Retrum and a 20-yard strike to Horkan, for a 56-20 lead to put things to bed.

“That’s part of their offense and part of what they’re able to do, so part of it is just a 6-foot-3 kid on their end going against a 5-8 kid on our end. Our kid’s right there, but their kid is able to go up and make a play,” Roland Lehman said.

While Mauston’s passing game found some success as Lehman threw for 195 yards with three scores and an interception on 15-of-22 passing, the Golden Eagles ground game was neutralized all night. Mauston mustered just 103 rushing yards on 41 carries, as senior Kraig Armstrong tallied 122 yards on 36 carries, good for just 3.4 yards per attempt.

“There weren’t a lot of running lanes for us, and their guys weren’t huge up front so we matched up well,” Roland Lehman said. “But they’re really strong and quick, and they ran the scheme we saw they were going to run on film, so they just executed better than we did at certain points.”

While teams can still schedule games for the final week of the season after getting eliminated from the postseason, Roland said the Golden Eagles opted to end the 2020 campaign. Despite the bittersweet end, it was another memorable season for Mauston as it reclaimed the South Central Conference after a one-year hiatus with a perfect 4-0 record in league play.

Given the uncertainty whether or not a season would happen, Lehman commended his team on job well done, especially in the preseason as Mauston added more players to their “Big Blue Club” weight lifting program than ever before.

“I’m very, very proud of this senior class, and the entire team, because they accomplished a lot this year.”

Kraig Armstrong and the Mauston football team made easy work of the South Central Conference all season, breezing to a perfect 4-0 record in S…