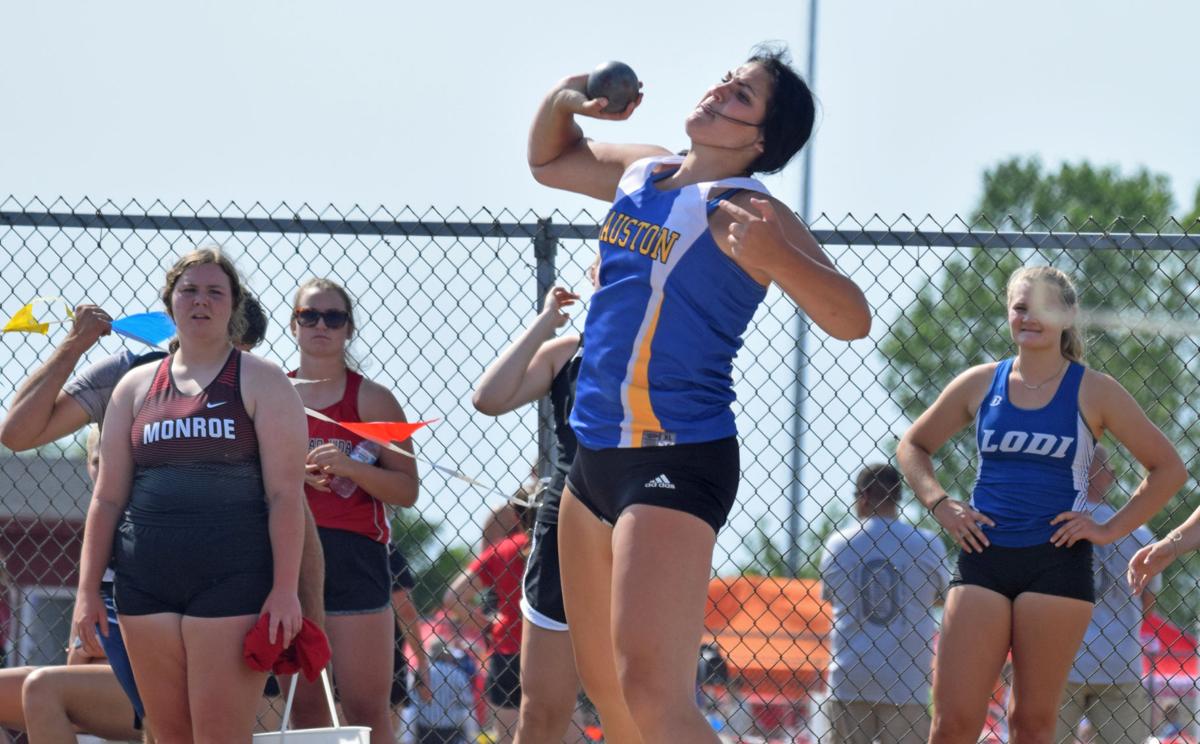 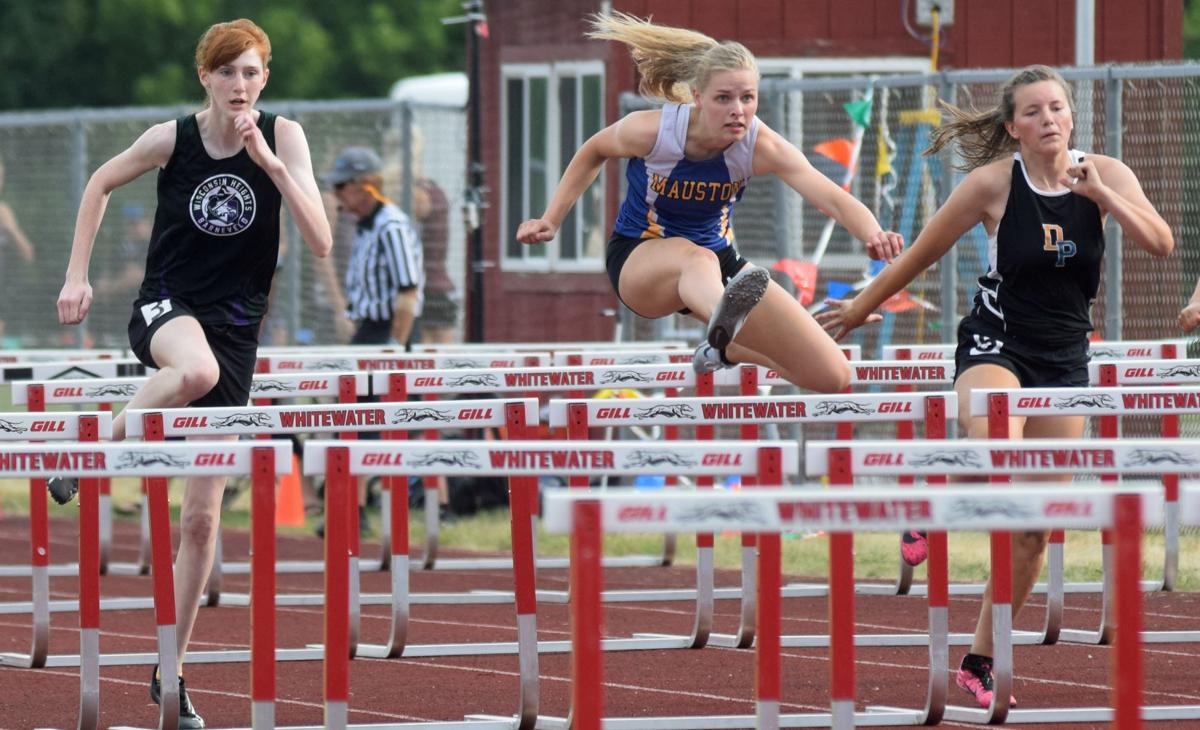 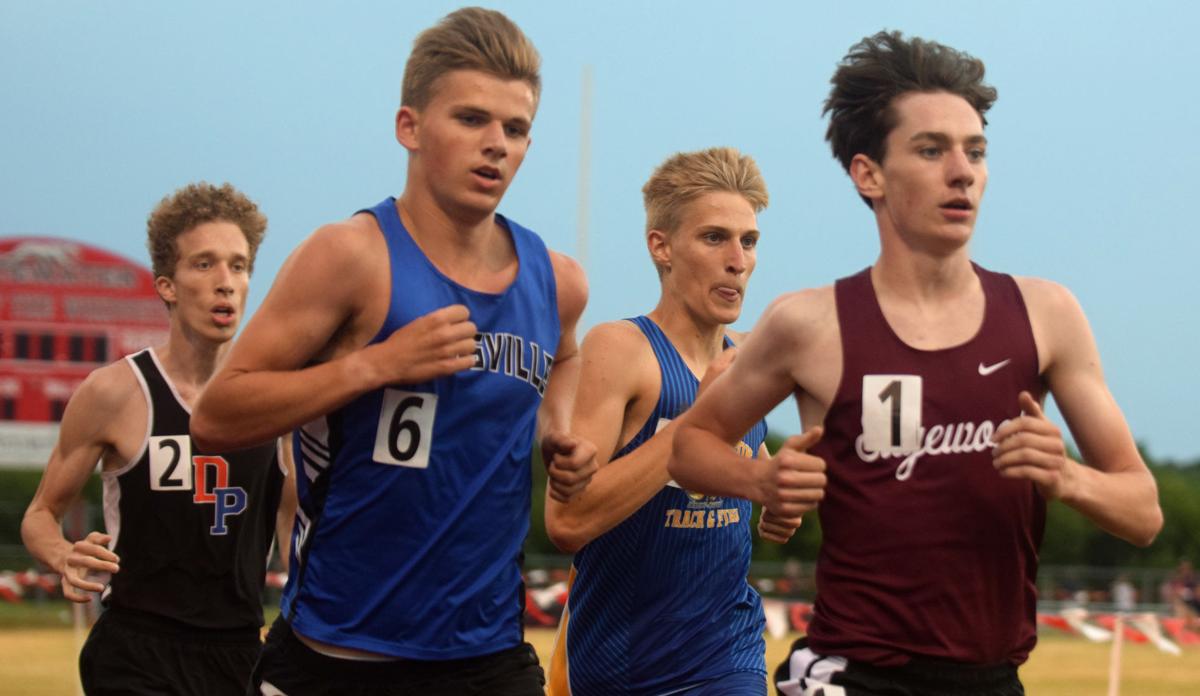 With just three chances at hitting a clean mark, each one carries more weight than the next and trying to move on after a poor throw can be tough to do.

It’s that positive attitude that has paid dividends for Matti Wafle this spring. After missing her junior season due to the COVID-19 pandemic, the Mauston senior has turned in a record-setting season so far this year, cashing in on her final chance to cement her name in the Golden Eagles history books.

That campaign isn’t finished yet either, after Wafle finished fourth in the shot put at last Thursday’s WIAA Division 2 Whitewater sectional to punch her ticket to the Div. 2 state meet for the first time in her career.

“It was a huge goal for me,” Wafle said of making it to state. “I think overall, not being able to make it there sophomore year and losing out on last year, it makes it even more special to be able to be competing at the state meet.”

Wafle came close to earning a state berth as a sophomore after she finished second at the Div. 2 Gale-Ettrick-Trempealeau regional. However, the momentum didn’t continue at the Mosinee sectional as she slipped down to ninth place to miss qualifying by five spots.

Things later grinded to a halt last spring when the season was cancelled, only increasing Wafle’s drive to break the previous school record mark of 38 feet, 1½ inches set by Morgan Denton in 2015. Wafle wasted little time breaking that mark, throwing 39-2¼ at the Westfield/Montello quadrangular on May 4.

She nearly matched her record breaking mark at the South Central Conference championship, but finished just an inch short while still winning the league title. Wafle was just as close as a sophomore to topping Denton’s mark, missing out by just an inch-and-a-half at the 2019 Pardeeville Bulldog Invite.

In Wafle’s eyes, the biggest difference to her success this season has been her fine-tuning.

“I think I just finally figured it all out and put all the mechanics together. I like ‘linked the chain,’ you could say, and put everything I had been working on the last few years together to finally get those big throws,” she said.

The other crucial factor in her success has been the weight training that Wafle’s implemented all school year, dating all the way back to the fall prep volleyball season.

While it may seem like it at first, but the cross training connections between volleyball and track and field are vast. From speed to move around the court and track, to the multitude of uses for all that jumping at the net, and even the powerful swings from middle and outside hitters.

Being the middle hitter that she is, Wafle has capitalized most on her lower body lifting.

“Just staying in the lifting program and staying strong enough (has helped). Then just focusing on legs and stuff to push the shot farther,” she said, noting she also played club volleyball this spring ahead of playing both volleyball and track and field at Viterbo University in La Crosse next year.

“Dual sporting with that, too; I focused more on throws during track season, but I’m getting my cardio (work) and stuff with volleyball. Just having the whole thing and being able to stay working out at the same time helped too.”

She’s also gotten so critical pointers and insight from Mauston throws coach Autumn Miller. Miller, a 2017 UW-La Crosse grad, won the shot put as a junior at the 2016 WIAC Championships with a top throw of 45-3. She later took sixth at the NCAA Div. III national championships (45-6¼) and followed that up with a fourth-place finish at the WIAC Championships her senior season with a top mark of 43-9.

Miller took over as the Golden Eagles throws coach in Wafle’s sophomore season, and according to the future V-Hawk, has made a profound impact both in the circle and out of it.

“She’s taught me so much with throws, but life lessons, too, that I will take on through my college career and probably forever,” Wafle said. “She knows what she’s doing and always pushes me to be the best I can, and then when you’re having a bad meet — everybody has bad meets — it’s one of those ‘Oh well, let’s get the next one.’”

That mentality is what Wafle hopes to implement this Friday when she takes on the state’s best with hopes of a podium finish. Despite being on the outside looking in — Wafle is seeded 10th — she knows how she finished at sectionals isn’t indicative of what she can truly do.

“It was windy and I think knowing I’ve thrown further marks in warm-ups and knowing that I can throw up there with those girls, knowing I have the same potential to do that, makes me know that going into Friday if I just go out there and give it everything I have, it only takes one throw,” she said.

“That’s what coach Miller always tells me, ‘It only takes one.’ You have three to six chances just to give everything you can, when you can.”

Wafle said her initial goal of the season was to break Denton’s record, and after that was accomplished she shifted her sights to state. With her spot secured, she’s now turned her attention to the podium. That should certainly be a possibility after Wafle peaked at 41 feet already this year in warmups.

“I think it’s attainable, I just can only control how I throw, and if those girls come out and have a good day, I’m still there and I’m still competing at the state meet,” she said.

Wafle won’t be competing alone either as Mauston sophomores Brie Eckerman and Eli Boppart will join her at Veteran’s Memorial Coliseum. Eckerman punched her ticket in both the 100- and 300-meter hurdles, while Boppart qualified in the mile.

For Wafle, it’s extra special to be able to share this experience with Eckerman after the pair were both members of the Golden Eagles’ SCC championship team.

That may be a bit of an understatement after the year she turned in, including a sectional championship in the 100 hurdles with a time of 15.75 seconds, and a third-place finish in the 300 hurdles (:47.19). Both times are second-best in program history and have Eckerman seeded second and sixth, respectively.

“She has so much potential and just to be going to state in two events, as a sophomore, is insane,” Wafle said.

Not to be outdone, Boppart is back at state for the second time this year after qualifying for the Div. 2 state cross country meet last fall. Boppart just finished off the podium in the fall as he finished seventh, and he will once again be in contention for the medal stand on Friday after taking third in the mile with a time of 4:29.14 at sectionals.

It set a new personal record for Boppart, good for second in program history, and has him seeded eighth.

TRACK AND FIELD: Mauston holds its own, advance 14 through from Div. 2 Viroqua regional