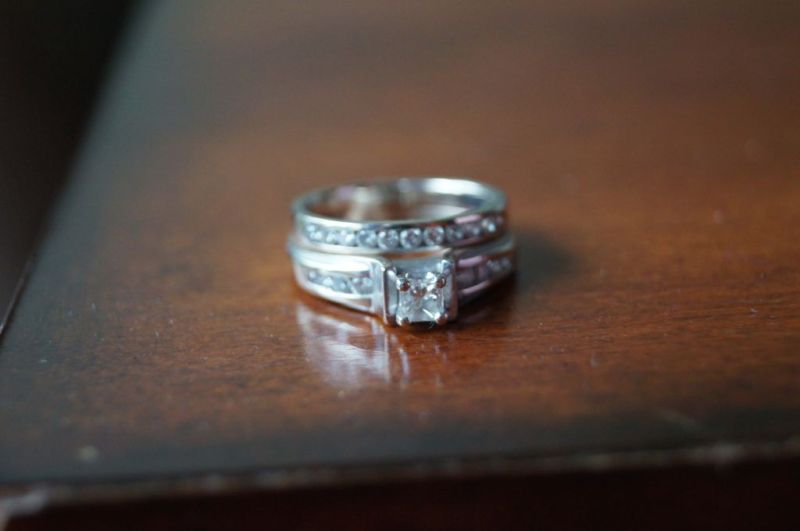 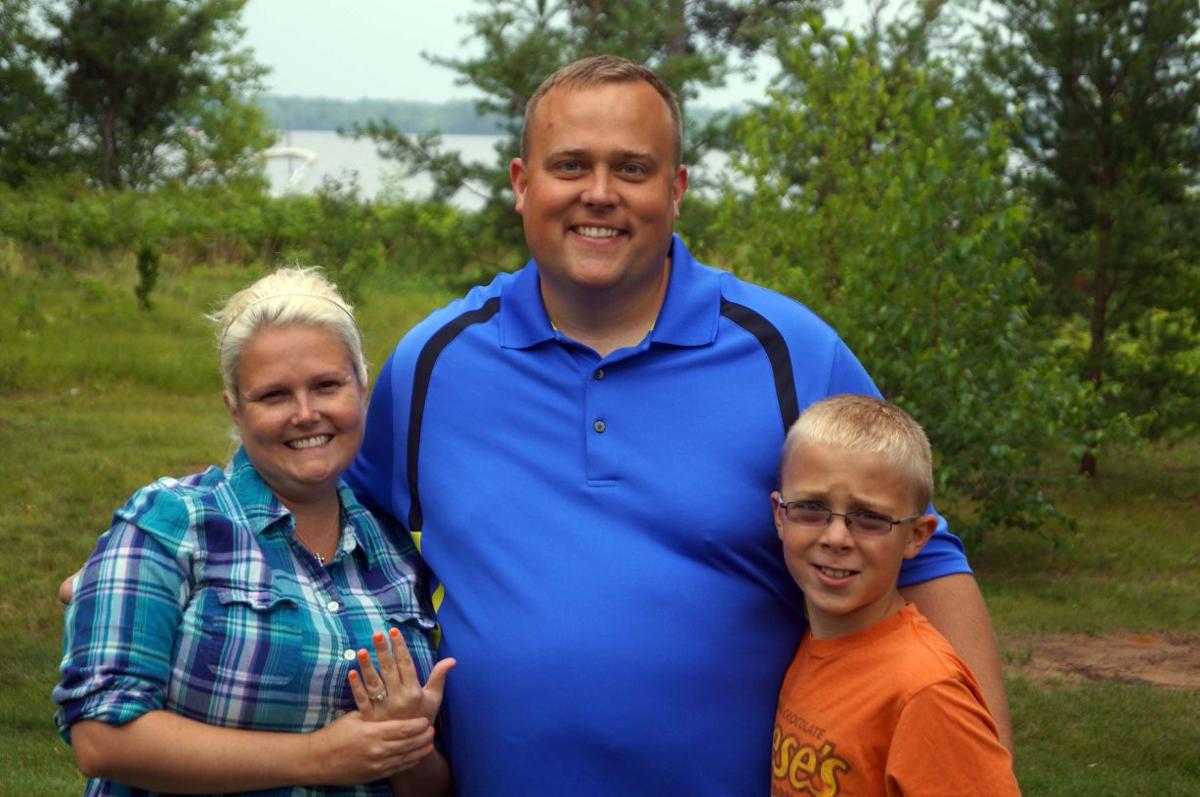 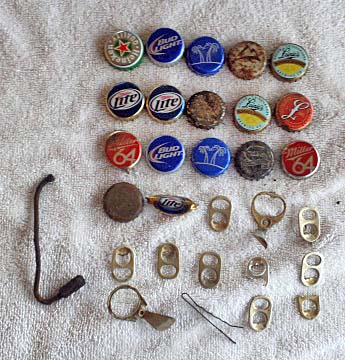 Dan Roekle recovered this metallic trash along with the ring

Dan Roekle won’t become rich by finding rings. He gives back what he finds and depends on the charity of strangers to break even at what he does.

But the true reward for Roekle comes from the delight experienced by the people for whom he finds something cherished — something that appeared to have been hopelessly lost.

“It’s that one moment when you hand the ring back to them, the joy and the squeals. It’s pretty cool,” Roekle said.

Recently, Roekle found a ring belonging to Laura Hook – a ring that had been lost in Castle Rock Lake.

Laura has been married to Rich since August 2013, but they have been together for more than seven years, according to Roekle. They have lived in the New Lisbon area for the past three years, on the lake. Over the 4th of July weekend, the couple’s family was visiting from out of town, so they headed over to a little island in the lake known as “Alcatraz.” While playing catch with her little sister, Laura Hook accidentally threw her diamond ring into the water – water filled with lots of people and boats. The Hooks were frantic, searching everywhere, but found nothing. They hadn’t even insured the ring yet. Laura Hook said it felt like part of her was missing.

After an online search for help, the Hooks found Roekle.

“Since I am basically an hour from any large city, I figured I would need to look for someone far from me,” Hook wrote later on Roekle’s website. “But when I looked up areas in Wisconsin, there was a man in the Dells. I clicked on the link and came to Dan Roekle. He had other great success stories and also seemed like a very genuine guy. I was looking for (it to be pricey) for him to come out, but he only wanted $25 for his expenses and a reward if I could spare anything. I was ecstatic.

“I contacted Dan and within hours (he) had responded and was asking lots of beneficial and professional questions… I couldn’t believe this kind man was giving me his Sunday, willing to drive from the Madison area and seemed so confident we could find it. He basically stated, ‘We do it for the adventure and love helping others out!’”

The Hooks and Roekle and his son, Carter, spent most of the next day in a boat on the lake, which was choppy. Just when Laura Hook said she had given up hope, Roekle walked to her on the boat and asked her to describe the ring again. He then said, “You mean like this?”

“I saw my ring was on the tip of his pinky – I have tiny hands – and I hugged him and smiled the largest I had in a long while,” she said. “My husband, family and I were in complete awe! I had not only my ring back, but my faith in people and lost causes. I still shake my head in disbelief at the miracle that they performed that day. They found a ring the size of a nickel in 14,000 acres of water, buried along with 20+ rusty bottle caps and pop tops!”

Roekle is one of 194 people in the United States who volunteer their time to help locate lost jewelry through a Ring Finders network. Armed with metal detectors, they search parks and the back country, sometimes under water, to locate items that have slipped off hands.

Rings and other jewelry can carry a deep emotion meaning to the owners, and a sense of desperation can set in after rings go missing – especially after the first frenzied searches come up empty-handed. That’s where people such as Roekle come into play.

Once the owner of a missing ring contacts Roekle, he swings into action, assisted by his children – son Carter, 11, and daughter Kylie, 8.

“I was looking for something to do outdoors with my kids,” Roekle said. “They like looking for treasure.”

They use off-the-shelf metal detectors and, having learned from the ring’s owner the most likely place where the jewelry might be found, they sweep the area with the metal detector. It’s a slow and patient process that can take hours.

Roekle expects the detector will turn up metal trash such as beer-bottle caps and old-fashioned can pull-tabs that have survived underground for years. Because metal doesn’t decay, that’s guaranteed frustration. But it’s also an assist because rings will last indefinitely.

In state parks, the searches need to follow a state-mandated procedure. The Wisconsin Department of Natural Resources does not allow the use of metal detectors on park land without a permit from the property manager. State law requires any object of archeological interest must be turned over to the park’s manager. When a search is performed to find a specific object, that does not need to be reported.

Wisconsin’s rules are intended to prevent the plundering of artifacts from events such as the Black Hawk War of 1832. However, Roekle has found that instead of musket balls or 18th century buttons, the objects typically found are more ordinary, such as keys and cell phones.

It’s not a monetarily profitable deal. Sometimes Roekle handles searches for insurance companies that hope he finds the missing object to keep them from paying a claim. Otherwise there’s only a suggested $25 donation to compensate Roekle for the drive to the search location. Sometimes the happy ring owner will give a Roekle a donation or tip.

Dan Roekle recovered this metallic trash along with the ring