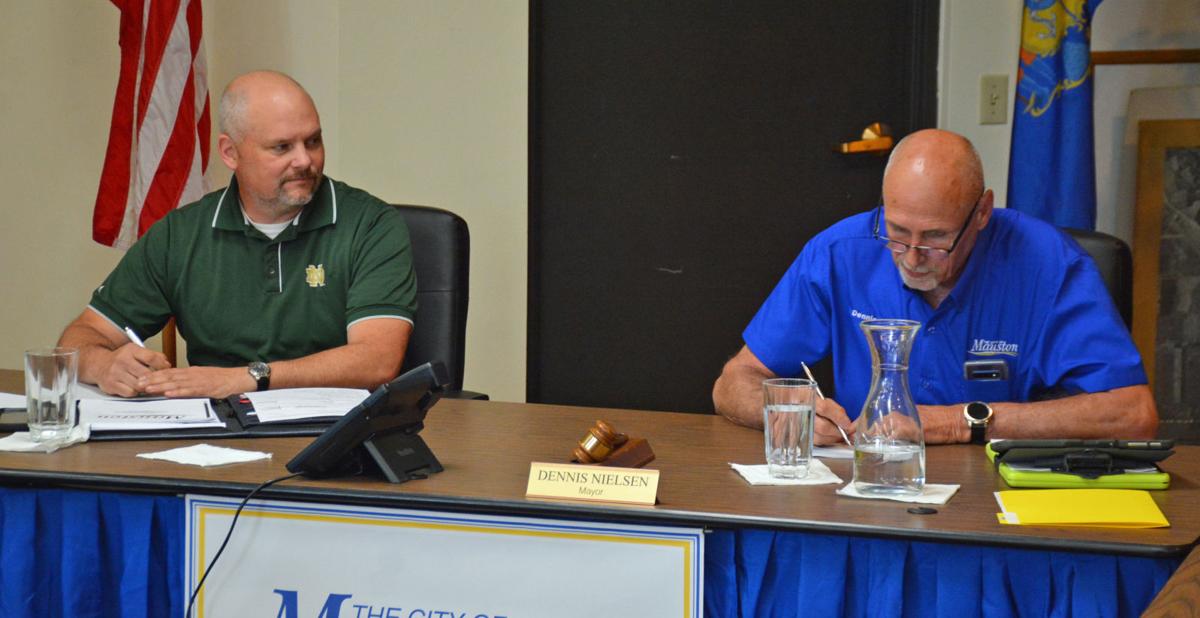 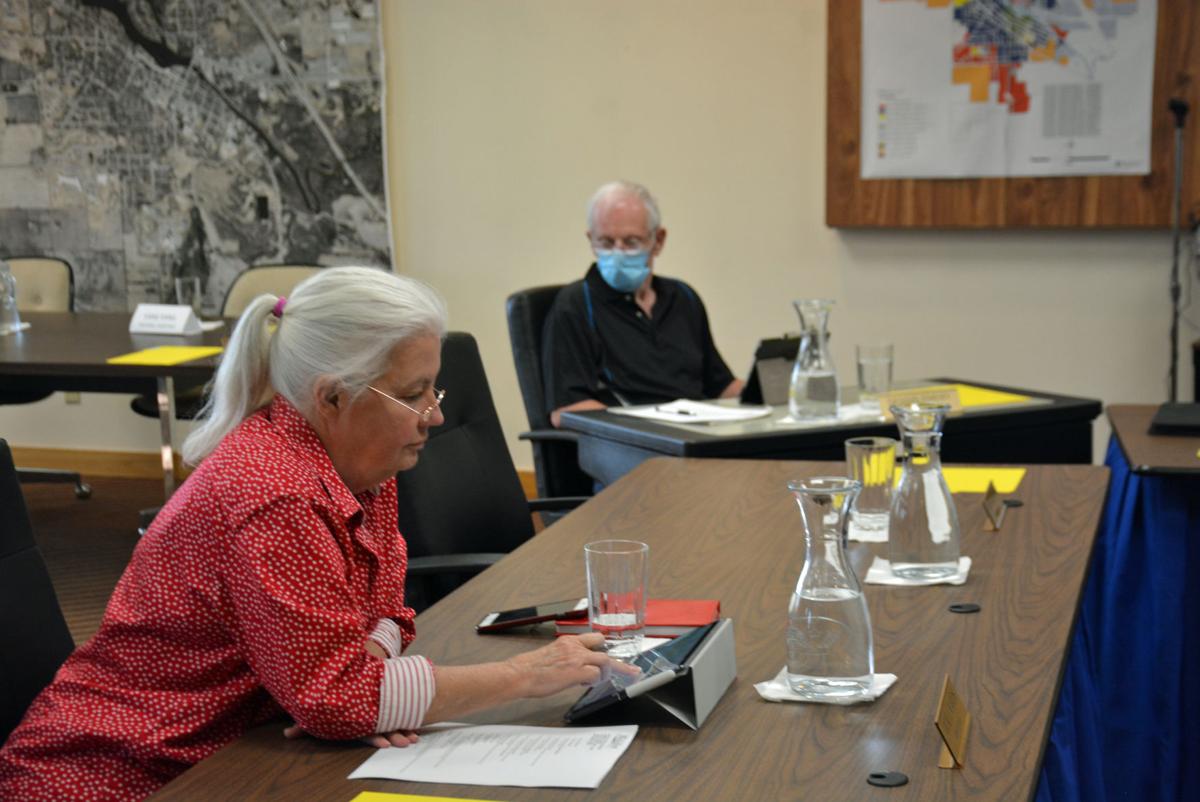 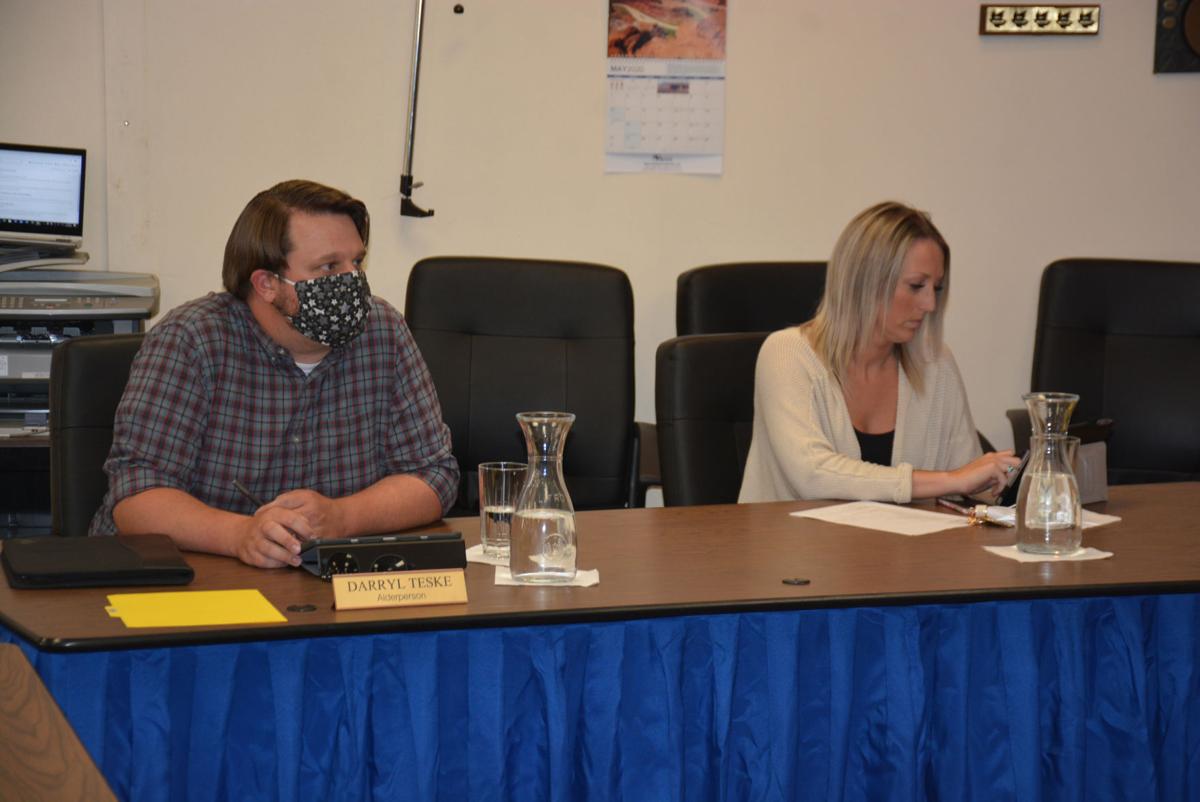 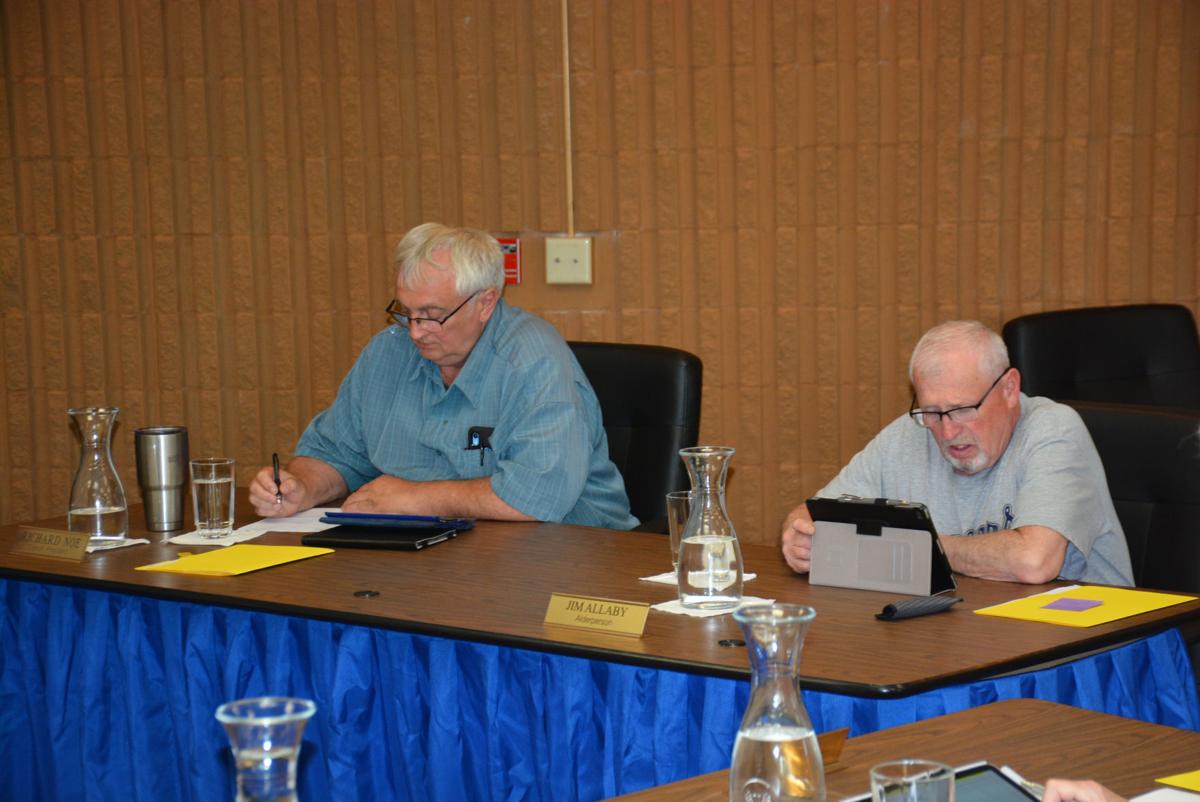 Council Members Jim Allaby, right, and Rick Noe review notes from the Ordinances, Licenses, and Permits Committee during a meeting May 26.

Mauston has opened preliminary committee discussions on allowing the consumption of alcoholic beverages in public parks.

Members of the Ordinances, Licenses and Permits Committee held a meeting May 26 before the Common Council meeting, where they discussed nine possible ordinance amendments. Included in the discussion was an amendment to the ordinance banning drinking in public parks, changes to the responsible bidder ordinance, changes to land applications of manure, Knox-Box opt out changes, changes to fire inspection requirements, changes to mobile home park ordinances, allowing temporary class “B” retail licenses and operator’s licenses approval at the committee level, and changes to the amusement devices ordinance.

“This (drinking ordinance) has come up several times,” said City Administrator Randy Reeg. “Should we look at allowing it in certain circumstances or just continue to turn a blind eye unless there’s a problem?”

Noting there was no rush to make a decision as the committee would like to gather feedback from Chief of Police Mike Zilisch, Reeg said there are other ordinances to combat park visitors who drink too much, such as disorderly conduct.

“(I’m) not a fan of having ordinances you’re not really going to enforce,” Reeg said.

Committee Chairperson Jim Allaby said the onus is on citizens to be responsible, as many fisherman using the park already have a “six pack in a cooler” or park goers bring beers, with no police issues relating to drinking in the parks so far.

No decision was made on bringing a change to the ordinance before the full council, with a decision pending input from Mauston police.

The Mauston Common Council meeting held May 26 was limited in action items voted on by the council.

Council members voted unanimously to approve vouchers in the amount of $250,310.33, a change to the zoning map for parcels on Herriot Drive to allow a four-plex unit, to set aside up to $1,000 for a retirement party for two long-term city employees, and to amend the vacant custodian job description for the city.

In committee reports, Room Tax Committee Chairperson Darryl Teske reported the city is “looking at some ways to bring people back and do more tourism advertising.” Council Member Vicki Wards noted there are packages available on Travel Wisconsin, though no one has booked any as of the meeting date.

Zilisch was unable to attend the meeting but provided a written report of incidents in the city for April. Incidents included 10 traffic accidents, 88 traffic citations, 133 traffic warnings, and 1,014 reported law incidents.

The city of Mauston received improved marks on finances after the results of an audit performed by Johnson Block & Company.

Council Members Jim Allaby, right, and Rick Noe review notes from the Ordinances, Licenses, and Permits Committee during a meeting May 26.