SAN ANGELO, Texas—Rodney Douma, 87, left this world to spend eternity with his Lord and Savior on July 26, 2020, while surrounded by loved ones.

Rodney was born on Sept. 29, 1932, in Randolph, Wis. to Agnes and Dewey R. Douma. He was the oldest of 4 children and grew up working on the family dairy farm. He graduated from Randolph High School in 1950. Shortly after graduating, he met the love of his life, Berdell Dolores Dornfeld, and they were married in 1953. He served his country in the U.S. Army and was stationed in Germany during the Korean War. When he returned from his service, Rodney and Berdell moved to Milwaukee, Wis., where he attended the Milwaukee School of Engineering and earned his Bachelor of Science in Electrical Engineering in 1959. After graduation, he went to work for GTE Corporation for 30 years. During this time, he and Berdell added 3 daughters to their family. Rodney spent much of his career in Wisconsin and lived in Portage, Madison, and Plymouth. While in Plymouth, he was a proud member of the Lions Club where he received several awards including Lion of the Year. In 1981, he transferred with GTE to San Angelo, Texas where he and Berdell would establish their home. While in San Angelo, he attended and was an active member of Trinity Lutheran Church where he served as Properties Chairman for many years. He also introduced Johnsonville Bratwurst to the San Angelo area during Fiesta del Concho. After his retirement from GTE, he continued to work as a contractor for Sprint for 6 years and gave his free time serving and assisting with the upkeep of the church.

Rodney epitomized a family man and led multiple generations with love and devotion. He was the most honest man you could ever meet and lived his life with integrity. Rodney found great joy in exploring the world and loved to travel as a means of connecting with family. He took many trips with his immediate family, returned to Wisconsin often to spend precious time with his extended family, and went on three trips to Holland to meet and spend time with distant relatives. Fostering a lifelong thirst for knowledge, Rodney was an avid reader and enjoyed literature that would deepen his knowledge of the world. Rodney also loved to dance, and he and Berdell participated in dance clubs in Plymouth and San Angelo. His daughters will always remember the sound of change jingling when he danced. He also enjoyed playing bridge, listening to music, playing his harmonica, and tinkering in his shop.

The family would like to thank St. Gabriel’s Hospice and Meadow Creek Nursing & Rehabilitation for the loving care they gave to Rodney.

Family and friends can send online condolences at www.harper-funeralhome.com 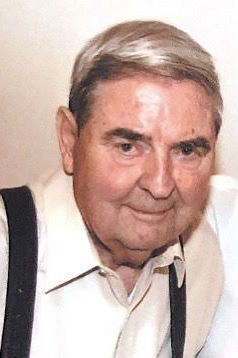