MAUSTON—Charles Nicholas Roth passed away peacefully on July 20, 2020, in La Crosse, Wis., at Gunderson Medical Center with his family nearby following a cardiac event.

Charles was born on May 6, 1936, in Mauston, Wis., to the late Silas Martin Roth and Sarah Eleanor Roth (Moore). In addition to his parents, Charles was preceded in death by his siblings, John (Bonita) Roth, Herbert Samuel (Romelle) Roth, Paul Roth, Martin (Ardis) Roth, Rosemary (Sterling) Hadrath and Barbara (Charles) Hill. He is survived by his brother-in-law, Charles Hill.

Charles grew up the youngest of seven children in Mauston, Wis. He enlisted in the U.S. Army in October 1955. He later became a member of the Wisconsin Army National Guard, faithfully serving our country for over 20 years. Charles attended the University of Wisconsin-Whitewater, graduating in 1962 with a Bachelor’s degree in elementary education. He later earned a Master’s degree in science education from Michigan State University. Charles also attended classes at DePauw University in Indiana, the University of Wisconsin-Stevens Point, and Mount Mary College in Milwaukee. He taught school in Milton Junction, Brussels, Watertown, Lake Delton, Friendship, Necedah, and Milwaukee. Charles was a dedicated educator, a naturalist and a strong proponent of life-long learning. Teaching was more than his profession; it was his passion and he enjoyed sharing his knowledge right up until the end of his life.

Charles valued everyone as individuals and made each and every person he encountered feel important. He would talk to anyone and made friends wherever he went. Charles lived his life in service to others. He built several nature trails in Eastern and Southeastern United States for Episcopal church camps and was involved with the Lions Club, American Legion, and AMVETS. Anyone who knew Charles realized his love for God and country. He was particularly passionate about veterans’ issues and was nationally recognized for his extensive volunteer work with veterans’ organizations. His special interest was directly helping the homeless veterans at the Tomah VA Hospital.

Charles faithfully attended Milwaukee German Fest as well as many other German festivals throughout Wisconsin. No tribute to Charles would be complete without mentioning his love of polka music. He was a great fan of the Jerry Schneider Band and was so grateful for the band’s friendship throughout the years.

Due to current COVID-19 restrictions, there will be a private family service. A public Mass will be held at 1 P.M. at ST. PATRICK’S CATHOLIC CHURCH in Mauston, Wis., on Saturday, May 8, 2021, followed by a Christian burial at Oakwood Cemetery in Mauston alongside his parents, siblings and other family members with a celebration of life with The Jerry Schneider Band to follow at the American Legion in Mauston, Wis.

In lieu of flowers, please consider a donation to the following:

Program for Homeless Veterans in memory of Charles Roth

At our time of loss, our family is comforted by the following Bible verse:

John 3:16 For God so loved the world that He gave His only begotten Son, that whoever believes in Him shall not perish but have eternal life.

Charles Nicholas Roth will be forever missed by all who knew him. 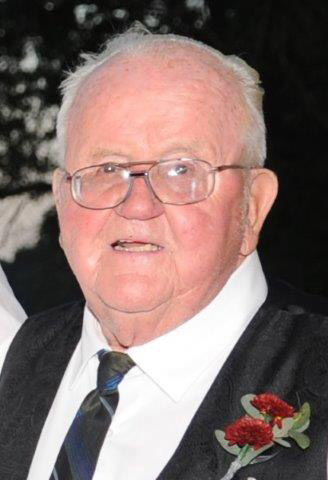