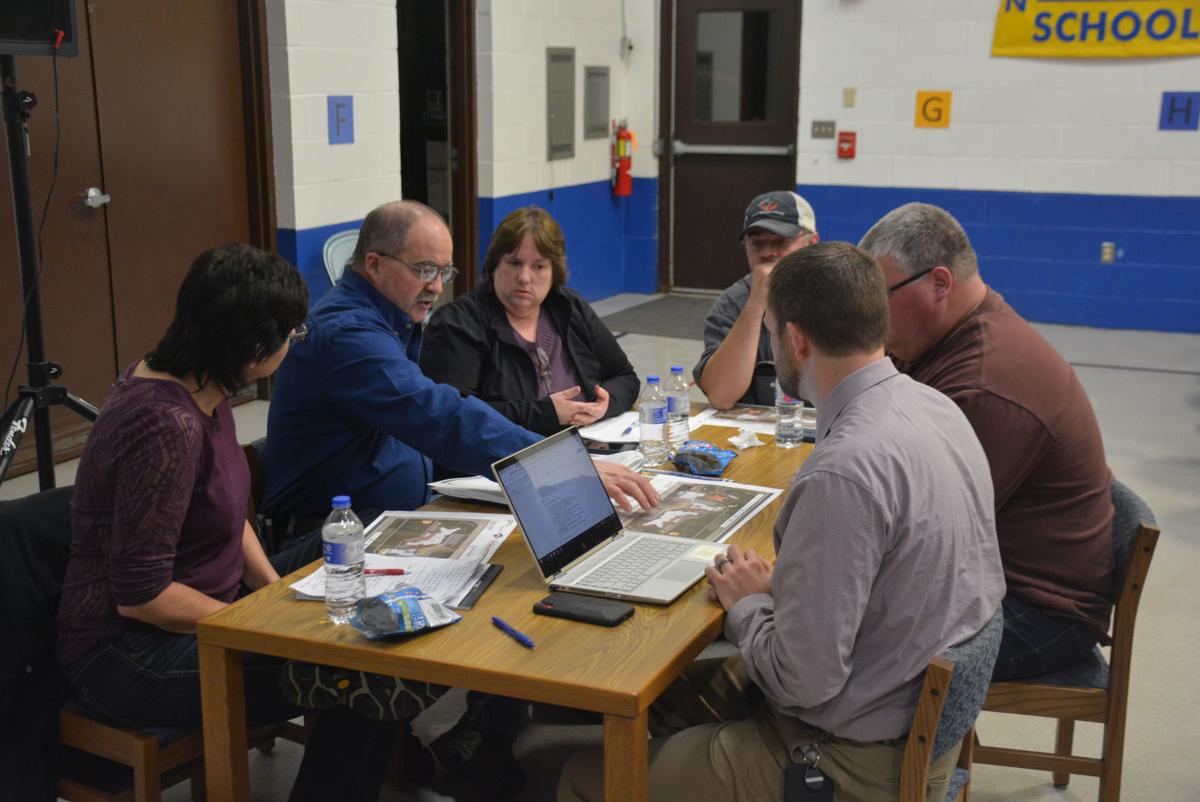 Community members discuss a proposed plan for a new elementary school in the Mauston School District at a facilities planning meeting Feb. 12. 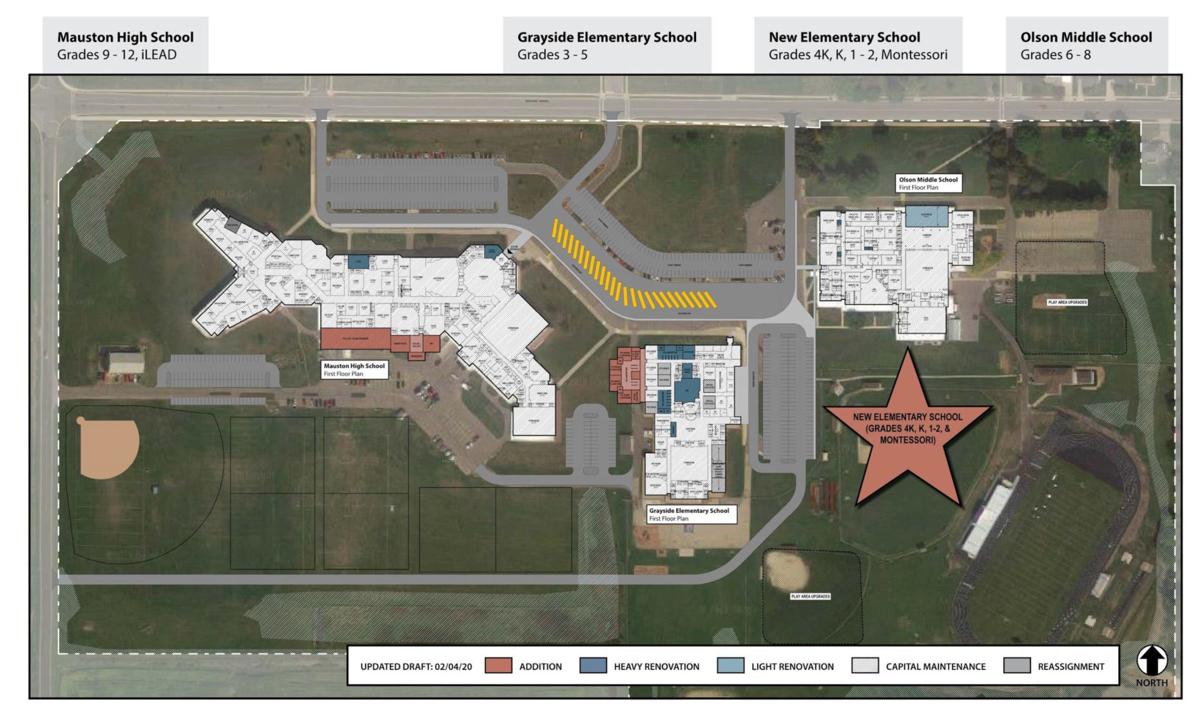 The recommended site plan for a possible referendum features a new elementary school located where the baseball field currently sits, additions to Grayside Elementary and Mauston High School, and renovations to each of the buildings on the campus.

After three facilities planning meetings and input from the community, officials in the Mauston School District have narrowed the options on a possible referendum while focusing on a potential price of $54.8 million.

“Based on the feedback we have received in previous sessions and comments, this recommended plan would take Westside Elementary offline, relocate students to the existing main campus… and would create a new facility,” said Steve Kieckhafer, Partner at Plunkett Raysich Architects.

Westside Elementary School would close in both scenarios remaining under consideration, while Lyndon Station Elementary would remain open in one scenario and close under a second option. Each of the scenarios would cost about $54.8 million and have a mill rate increase of about 0.09.

The new elementary school would house students from grades 4K-2nd, including the Montessori Charter School. Grayside would hold students from 3rd-5th grade, and a small addition would be added to Grayside to accommodate the extra students.

“We assessed the (Grayside) building and overall capacity, and our analysis was the building is over capacity for the number of students who are at the facility,” Kieckhafer said.

Mauston High School would receive an addition for tech-ed and S.T.E.A.M. spaces, while all three current schools on the main campus would receive either light or heavy renovations to address security concerns and correct deficient educational spaces. Both plans would fix issues with storm water on the main campus and address capital maintenance problems rated “poor” and “critical.”

Initial options presented during two prior meetings ranged from $40-$70 million, and included the remaining options currently under consideration, a major addition to Grayside or the building of an entirely new middle school while converting Olson Middle School into an elementary school.

Miron Construction Vice President Craig Uhlenbrauck said the discarded options had “minimal support” from the community. The concerns raised in previous meetings on those options involved coming too close to the debt capacity, the lack of efficiency in using the middle school as an elementary school, placing 4K students in the same building as 5th grade students, and the elimination of green space and play areas.

Community concerns voiced at the Feb. 12 meeting included worries about the effect of busing students from Lyndon Station to Mauston if Lyndon Station Elementary closed, with students potentially spending a significantly higher amount of time each day on the bus. If a student spent 30 additional minutes on the bus in the morning, and the same in the afternoon, that student would spend more than 170 additional hours on the bus during the school year, or about seven full days more on the bus.

Other concerns involved traffic patterns, downsizing of staff, and the impact on athletic fields with a new building on the main campus.

Kieckhafer said students would be able to “walk on sidewalk to every one of the buildings without crossing traffic,” but he would also look into ways to reduce the walking distance for the youngest students. District Administrator Joel Heesch said the district has not had any discussions yet on the downsizing of principals or teachers, while Uhlenbrauck said they would sit down with the athletic department to ensure there is adequate practice space and athletic fields.

The next step for the district is to send out a community survey, expected to deploy in April, which will invite additional feedback and inform the district on whether closing both Lyndon Station and Westside or just Westside is the community’s preferred option. After receiving results from the survey the district will discuss whether to pass a resolution authorizing a referendum.

A La Crosse woman was allegedly found with methamphetamine during a traffic stop in Camp Douglas, leading to felony drug charges.

Community members discuss a proposed plan for a new elementary school in the Mauston School District at a facilities planning meeting Feb. 12.

The recommended site plan for a possible referendum features a new elementary school located where the baseball field currently sits, additions to Grayside Elementary and Mauston High School, and renovations to each of the buildings on the campus.