A truck caught on fire while at the gas pumps at a Mauston BP station, resulting in damage to the truck and pump but no injuries.

“The truck was a total loss, but no injuries,” Hale said. “There was quite a bit of hunting gear that we got out of there without damage.”

The gas station pump was also damaged in the blaze. The name of the driver of the truck is not being released, and Hale said the incident is no longer under investigation.

“(It was) just a malfunction, he popped the engine compartment and it was on fire,” Hale said. “He was not dispensing any gas at the time, but they did shut off all of their pumps as is protocol with a fire or a leak.”

“They were pretty proactive, they did a good job over there at BP,” Hale said. “Made our job a little easier.”

Mauston Fire Department was aided at the scene by Mauston Emergency Medical Services. 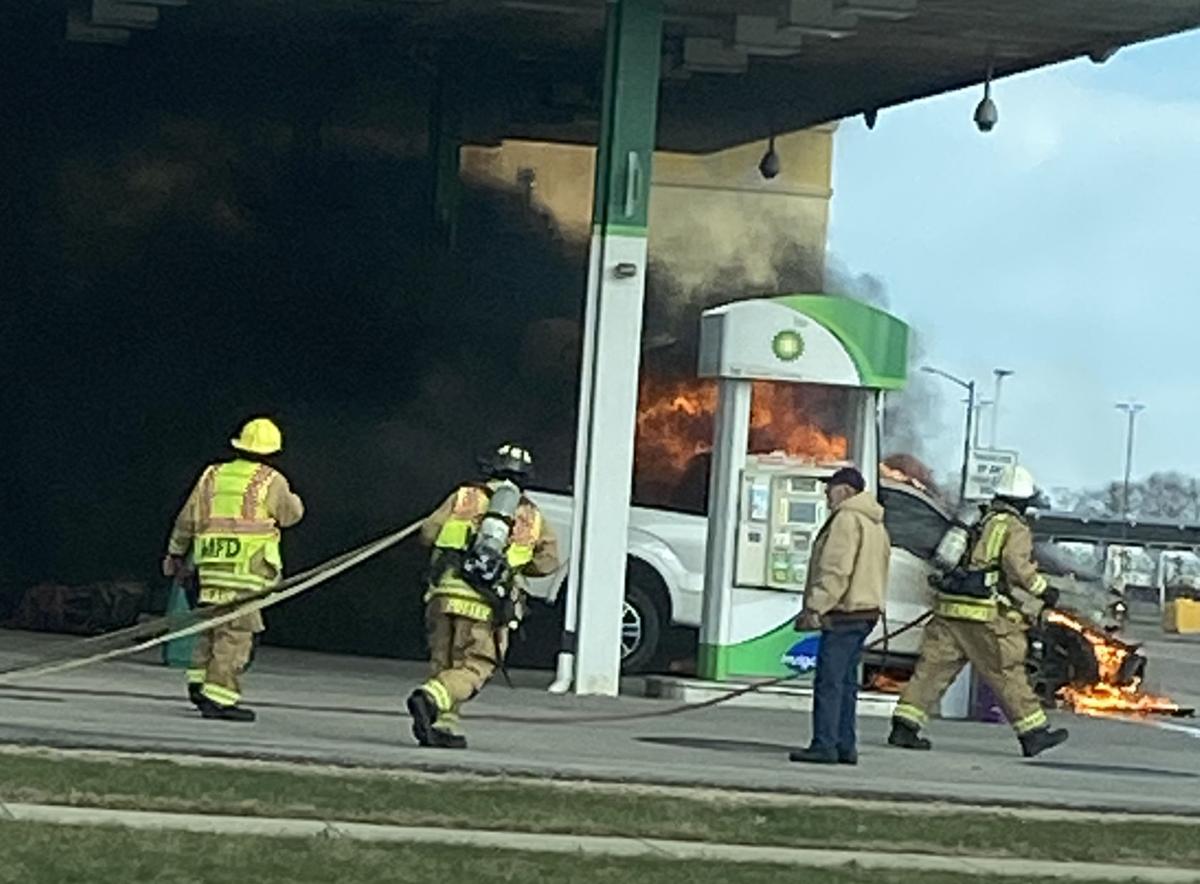 Members of the Mauston Fire Department respond to a truck fire Nov. 14 at the BP gas station off Highway 82 east of Mauston. Nearly the entire front end of the pickup truck was ablaze with dark, black smoke billowing into the crisp fall air. 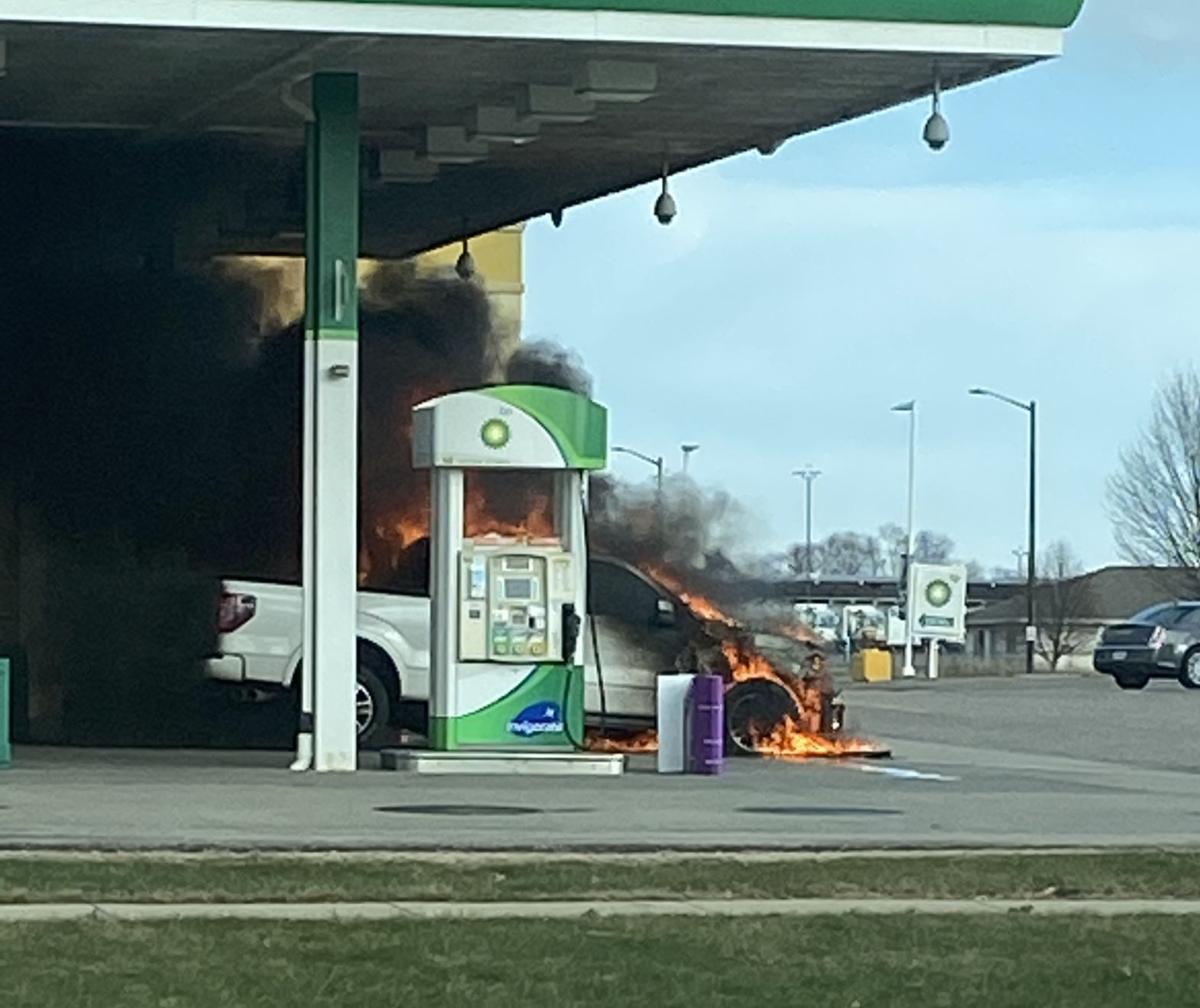 The truck was a total loss, but no one was injured in the blaze.