The Wonewoc School District broke ground on a new technology education wing, the largest part of a $4.5 million referendum project, as administrators hope to have students in the building and taking classes by the start of the 2021-2022 school year.

“The project contains building on a tech-ed wing which will house manufacturing, welding, automotive, our ag(riculture),” said Wonewoc District Administrator Dr. Sharon Ennis. “It’s expansion, and what we’re doing is working with the tech schools and the businesses so that students will receive certification while they’re in high school, and go right to the job force if they want to.”

“We had surveyed the community, this has been a 3-4 year process, and the businesses as to what they needed for workers in the future and what parents wanted,” Ennis said. “It came out they wanted more tech-ed courses, agriculture courses, and so kids wouldn’t have to go on to college and spend all that money, so we’ve been working with the tech school.”

The decision to focus on technology, manufacturing and agriculture came after parents in the district ranked 20 different options for improvement or expansion in the community survey. Ennis said the district used the ranking to decide which projects to focus their efforts towards.

“We needed that (tech-ed wing) done plus our cafeteria is really small, we needed to expand that, and the other thing is our chemistry department was really old,” Ennis said. “And so we’ve hit all those areas plus we will have air conditioning in the whole building.”

Workers from FEH Design began construction immediately following the ceremony, with the goal to have the expansion finished by Aug. 28. Ennis said construction will continue throughout the end of the current school year, and finish in the summer.

After it’s finished, the building will service students in grades 6-12. Ennis said the district is hoping students from other area schools will be allowed to attend if they wish to receive certifications in the areas offered.

“We’re real excited about it, happy it went through,” Ennis said. “Trying to pass a referendum in the height of the pandemic was something new to me, but it showed the community really supported the school, and we’re looking forward to it.” 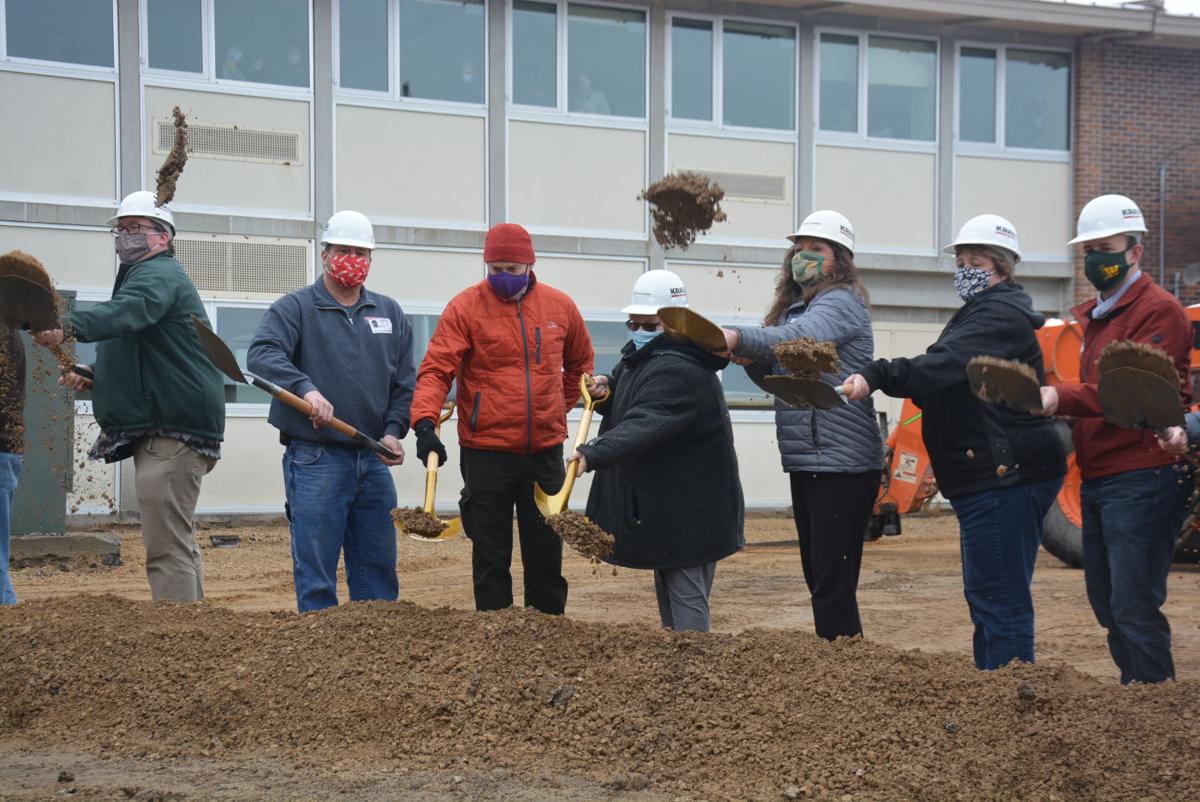 Dr. Sharon Ennis, center, and members of the Wonewoc School Board, shovel dirt as part of a ground-breaking ceremony for the new tech-ed wing.