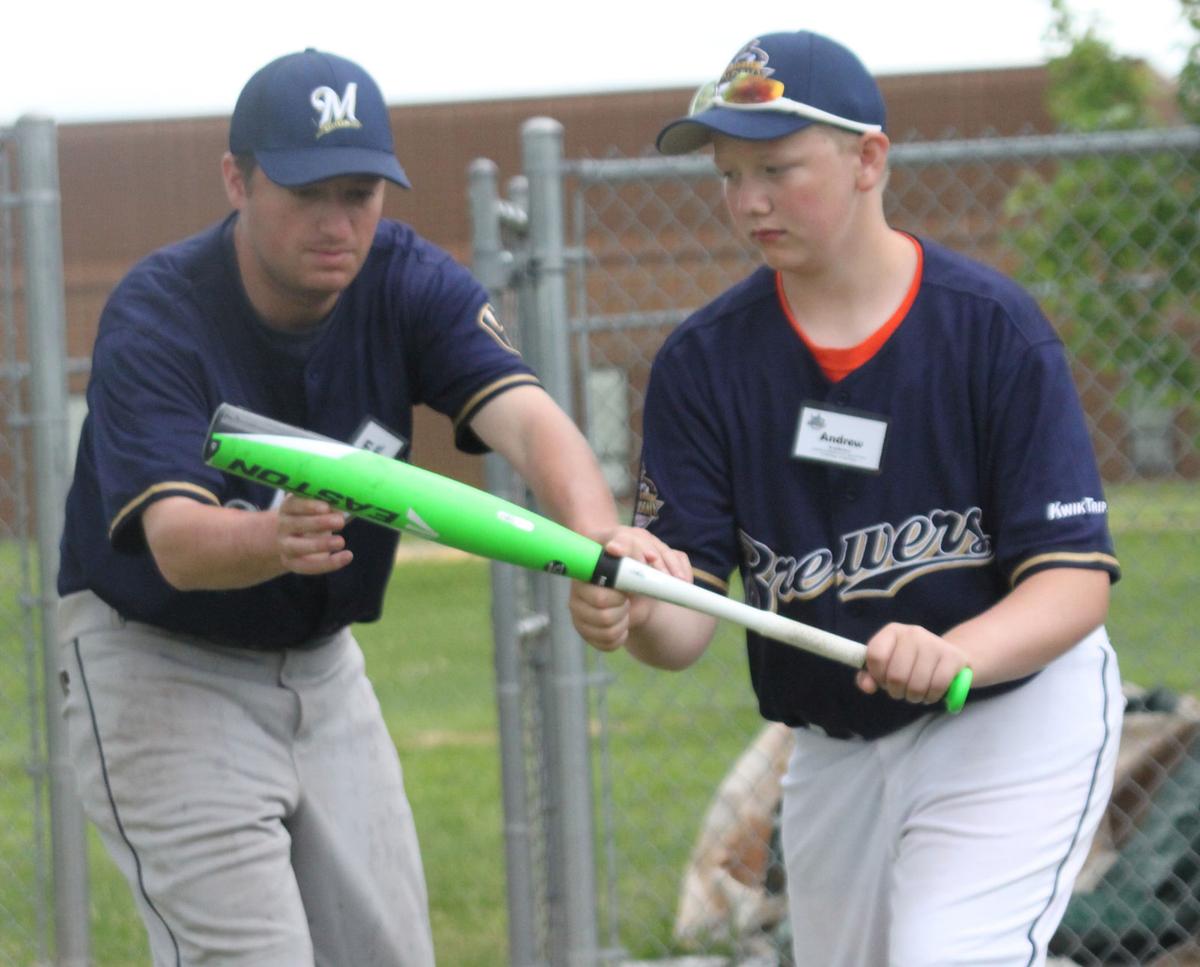 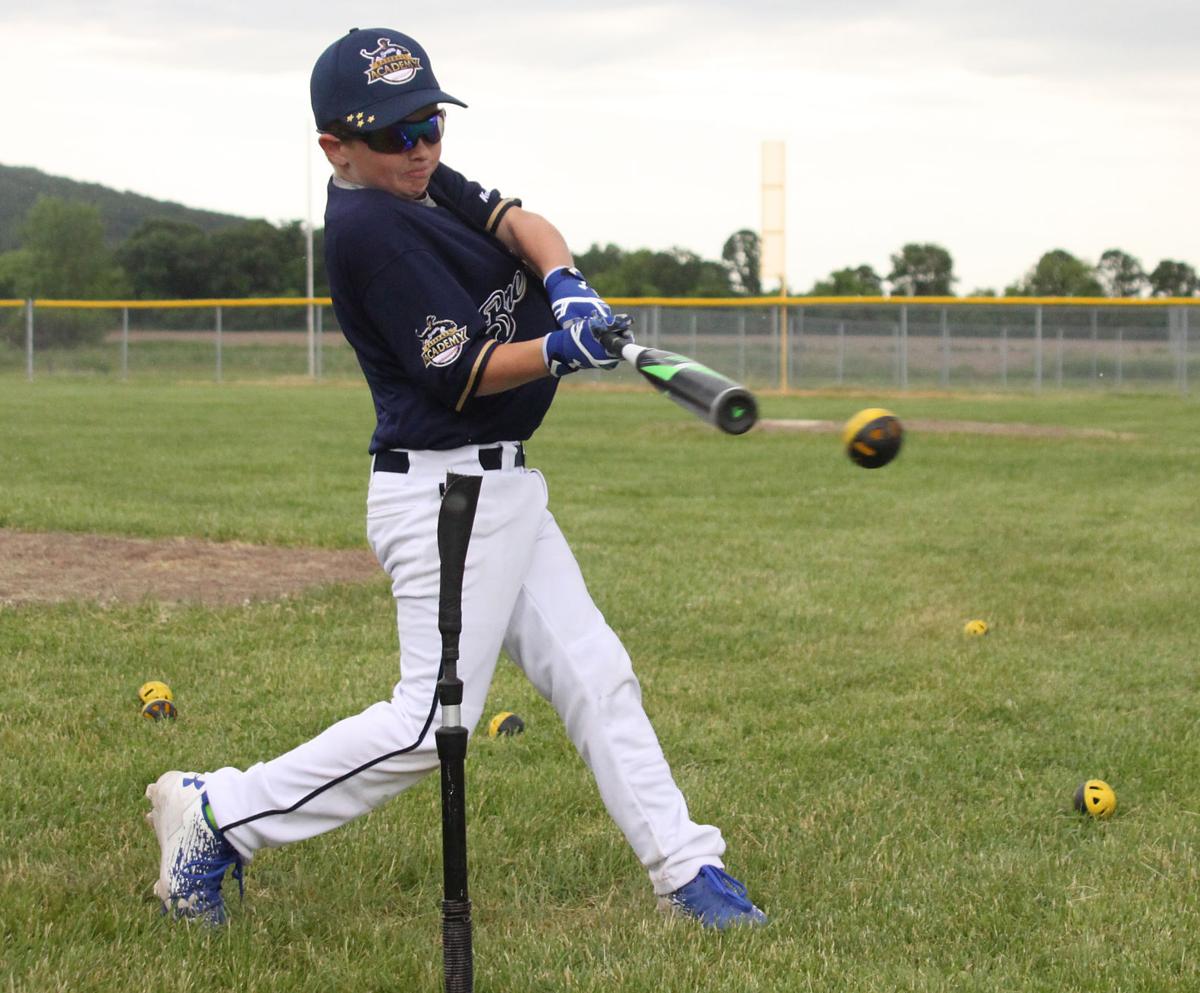 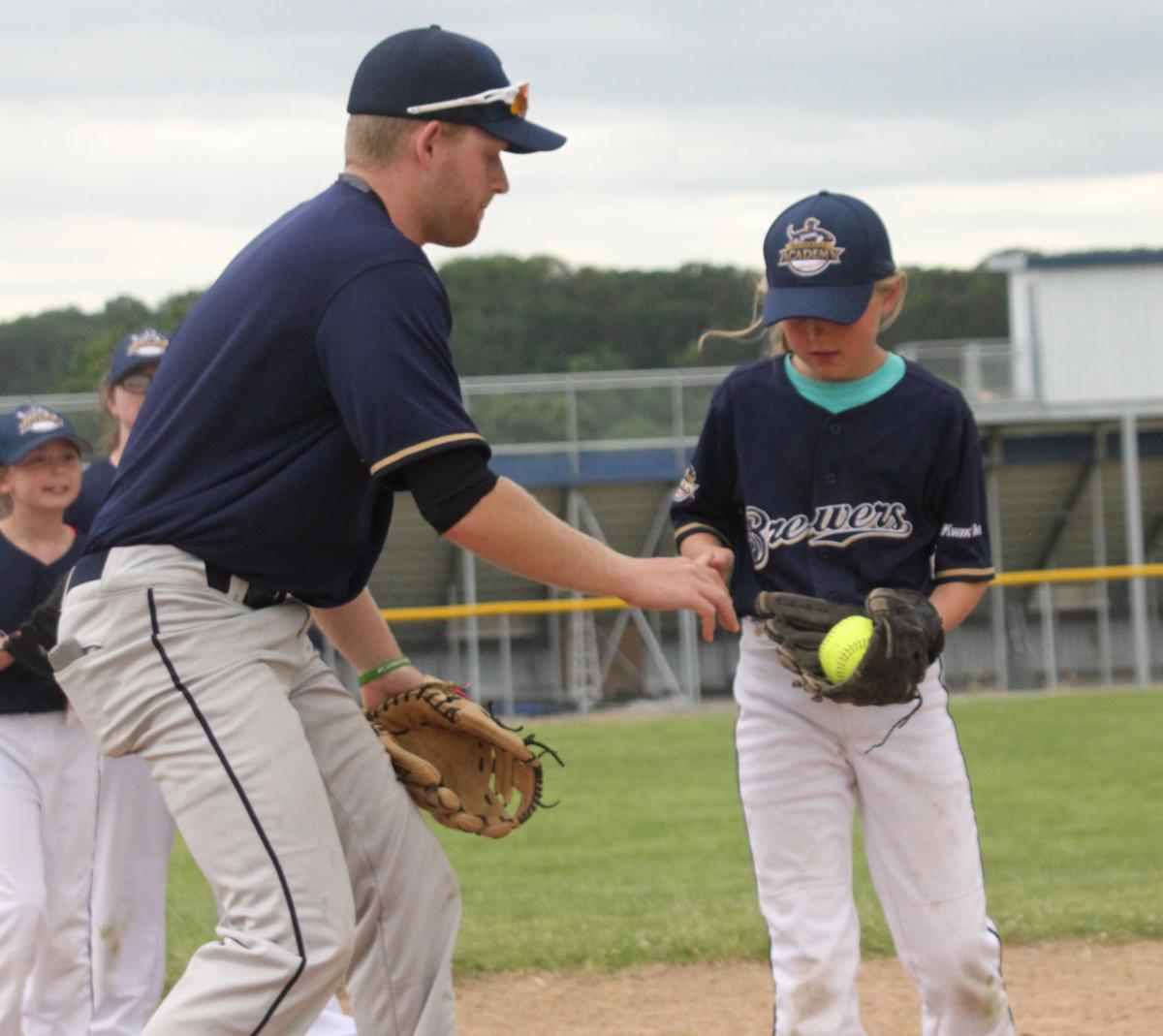 Sixty-four athletes, ages 6-14, had the opportunity to train like professional baseball and softball players June 5-9 at Mauston High School.

The Milwaukee Brewers Baseball/Softball Academy made the first stop of their summer baseball academy camps at Mauston High School. Tim Rappe, executive director for the Milwaukee Brewers Academy said the academy wanted to find a way to reach out to athletes with those around the Wisconsin Dells area.

“We felt it was an underserved area because kids here would have to drive to Waunakee (for the camp),” Rappe said. “It is our job to spread the Brewers blue print of playing baseball.”

In the general skills camp at Mauston High School, athletes received instruction from high school coaches, players and current and former area collegiate athletes on how to improve their skills on bunting, sliding, hitting, pitching and proper footwork and many more aspects of the sport to help the athletes improve on what Rappe called a “difficult game.”

“Our job as service to baseball and service to the Milwaukee Brewers and these kids is to come out here and take some of the mystery out of it, to give them a blue print,” Rappe said. “We can’t fix everything in a week but we can give these kids an idea of what they can do when they leave this camp.”

Mauston head coach Chris Lavold was one of the instructors helping the athletes with their hitting at the general camp.

“Many of them this is their first camp,” Lavold said. “We’ve seen so much improvement kids are more confident. They feel better about their hitting now and they’ve learned some drills.”

Wisconsin Dells head baseball coach Mike Michalsky, who was also another one of the instructors, said his favorite part was seeing the athlete’s excitement when learning something new about the game.

“It’s fun to see them get to that next level,” Michalsky said. “But the thing that’s really exciting to watch is how excited they are to play baseball.”

While the Brewers players weren’t at Mauston High School for the camp, the athletes took a trip to Miller Park June 7 to tour the facility led Brewers bullpen catcher Marcus Hanel and received some practice time with hitting coach Darnell Coles.

“Marcus (Hanel) took the guys through the dugout, the clubhouse, back in the training room, some really super secret places that people don’t get a chance to go,” Rappe said. “We were robbing home runs, doing a pitching contest in the bullpen and we were in the post game interview room where kids would get a chance to answer some hard ball questions.”

Participant Degan Jensen of the Wisconsin Dells, said meeting Oliver Drake at Miller Park was his favorite part of the camp.

“It was fun,” Jensen said. “I didn’t think I was ever going to meet (a baseball player) in person and give him a high-five and fist bumps.”

Brady Baldwin, 11, of Mauston said his favorite part of the camp was getting to know the coaches and instructors.

“They are really nice guys and they will be good friends down the road,” Baldwin said. “These guys teach you a lot of stuff.”

BOSTON (AP) — Alex Cora could be the next World Series-winning manager sent home for stealing signs.

BOSTON (AP) — Alex Cora has already been identified as a ringleader in an illegal system of sign stealing when he was with the Houston Astros.

NEW YORK (AP) — Eric Cressey thinks some injuries can be prevented. After a season in which medical updates overshadowed scouting reports, the New York Yankees hope so.

Where does Astros cheating rank in scandals? Ask Pete Rose

LAS VEGAS (AP) — Pete Rose was taking a break from signing autographs at the MGM Grand hotel when asked a question he’s uniquely qualified to address.

The Astros and Red Sox held their annual fan fests on Saturday, and instead of discussing preparations for the season, players from both teams were left to answer questions about the cheating that resulted in both teams' managers being fired.

Astros, Red Sox look ahead in wake of sign-stealing scandal

Players from two teams at the center of baseball’s sign-stealing scandal faced their fans on Saturday for the first time since the Houston Astros and Boston Red Sox ousted their managers amid the fallout from the investigation into Houston’s elaborate scheme.

Suspensions of one month or more issued by the commissioner of baseball that were not related to on-field incidents or drugs: