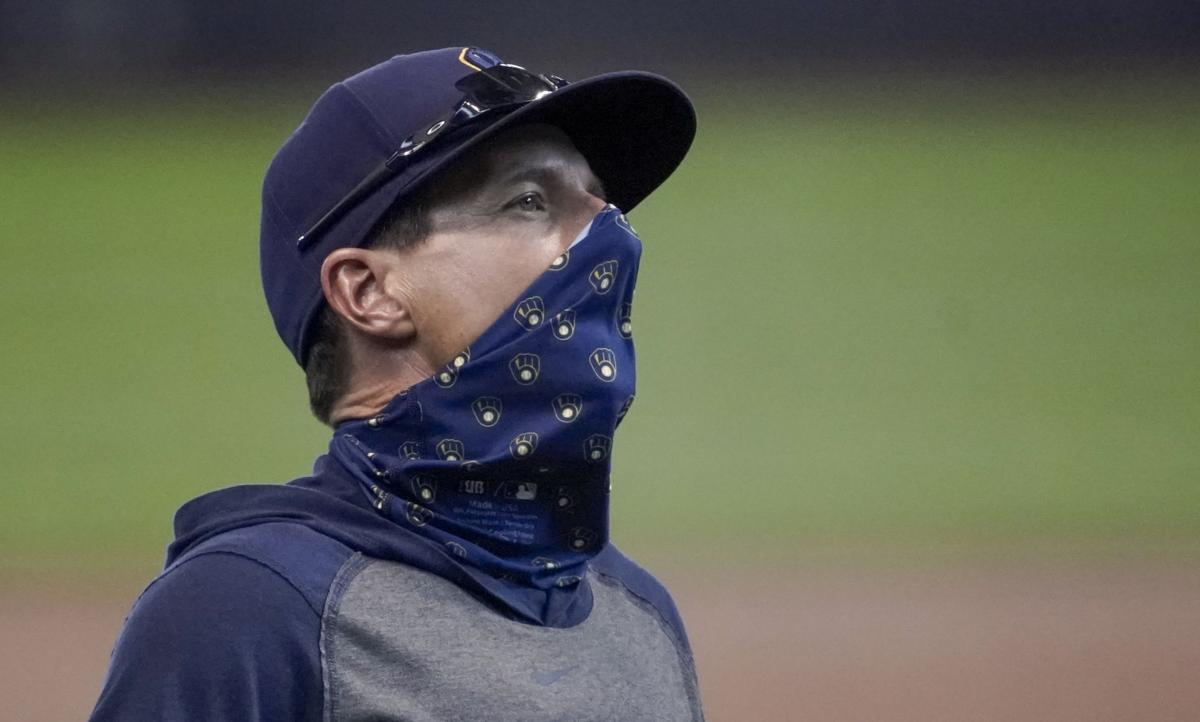 With the various changes in effect for the MLB's shortened 2020 season, Milwaukee Brewers manager Craig Counsell could give the team a boost. 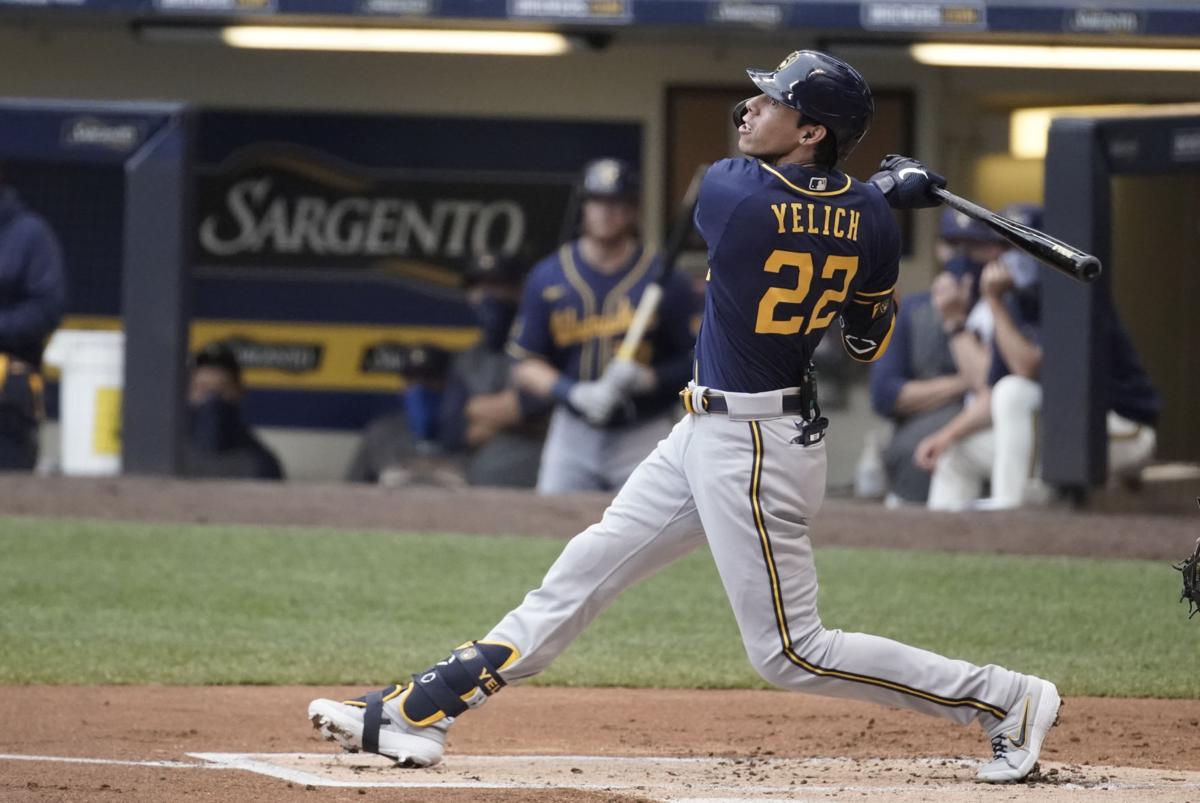 The 2020 MLB season and its truncated 60-game schedule finally gets underway this weekend, marking the first regular-season return for any of the four major North American pro sports leagues since the COVID-19 pandemic began to slam the United States.

The Milwaukee Brewers kick things off with a three-game series against their I-94 rival, the Chicago Cubs, at Wrigley Field. The Cubs and Milwaukee’s other NL Central foes will be familiar faces during this shortened season due to scheduling changes.

In total, teams will play 40 of their 60 games against divisional opponents, with the other 20 coming against each division’s interleague counterpart (so the Brewers and the NL Central get the AL Central) as a way to keep things regionalized during the pandemic-altered regular season.

This is just one of several changes in place for 2020 and could theoretically have a sizable impact on Milwaukee’s postseason hopes.

The NL Central might be the most wide-open division race in baseball this year. The Brewers, Cubs, Cincinnati Reds and St. Louis Cardinals all figure to be right in the mix for the September stretch drive. The Pittsburgh Pirates are unquestionably also in the NL Central and will be playing baseball too.

A tight, four-team race could potentially be bad news for whichever teams don’t wind up with the division title.

If the Brewers, Reds, Cubs and Cardinals all evenly beat up on each other, their hopes of nabbing a Wild Card bid if they don’t win the division will be dealt a blow. That possibility would be there in a normal 162-game season — where 76 games come against divisional opponents — but the threat of divisional cannibalization is even more pronounced in 2020 with two-thirds of every team’s games coming against their division rivals.

Unless they win the division, the scheduling layout doesn’t figure to be a boon for the Brewers this season. But one could argue the other 2020 changes (some made before and others because of the pandemic) could be beneficial to them, due in large part to Craig Counsell being their manager.

For the first two weeks of the season, teams are allowed to carry 30 players on their rosters. For the two weeks following that, it gets reduced to 28 players and then afterwards its 26 players for the rest of the regular season.

Expanded rosters are where Counsell has done some his best work as a manager. Prior to this year, the standard MLB roster size of 25 would expand to 40 for September, which meant more bullpen arms and bench players to play around with. Since 2017, the Brewers are an MLB-best 56-26 (.683) in the month of September.

Milwaukee went 20-7 over the regular season’s final month in each of the last two seasons, boosting them to a division title in 2018 and a Wild Card berth last fall. Counsell will feel right at home with these expanded rosters over the first month of the season.

In general, we’re sure to see teams making full use of their bullpens over these 60 games and few managers have a better recent track record in that regard than Counsell.

The DH is also coming to the National League for the 2020 campaign, which Counsell is sure to make full use of. One might expect it’ll be a spot used mainly for an aging, oft-injured Ryan Braun — who has missed recent exhibition games with what Counsell has described as aches and pains “all throughout his upper body.”

Slotting a Braun held together by Scotch tape and glue in the DH spot makes plenty of sense, though one can also expect Counsell to utilize it with regular position players who he’s looking to give some rest. It goes without saying that keeping Christian Yelich’s or Keston Hiura’s bat in the lineup on a scheduled off day for them is a significant boost.

There are a handful of other changes in place as well. Even before the pandemic, the MLB instituted a new rule requiring all relievers to face at least three batters (unless they get the third out of an inning before then) as part of Commissioner Rob Manfred’s Ahabian quest to transform the national pastime in the name of shaving 10 minutes off the average game length.

That’ll prevent Counsell and other managers from using spot relievers for just a batter or two. That’s bad news for lefty specialists like Alex Claudio, who Counsell loved to frequently use in those spot relief roles.

Extra-inning games will start with a runner at second base. I haven’t the foggiest idea if it’ll help or hurt the Brewers, but it’s a stupid thing that’s happening nonetheless.

Even beyond all these rule changes, the biggest possible chaos agent is the simple fact that teams are playing 60 games instead of 162.

At their 60-game mark in each of the last three seasons, the Brewers have sat atop the NL Central standings with a narrow lead over the Cubs in each instance. Is that a meaningful statistic that could be a harbinger of good things to come for Milwaukee this year? Probably not, but we can pretend it is.

All of us can only speculate for now what all these changes might mean for the Brewers and everyone else. At the very least, we can say that the abbreviated schedule, the rule changes and the ubiquitous threat of the coronavirus pandemic itself open the door for a whole lot of unpredictability that will require some strategic creativity along the way.

In those circumstances, there aren’t many managers you’d rather have than Craig Counsell.

With the various changes in effect for the MLB's shortened 2020 season, Milwaukee Brewers manager Craig Counsell could give the team a boost.