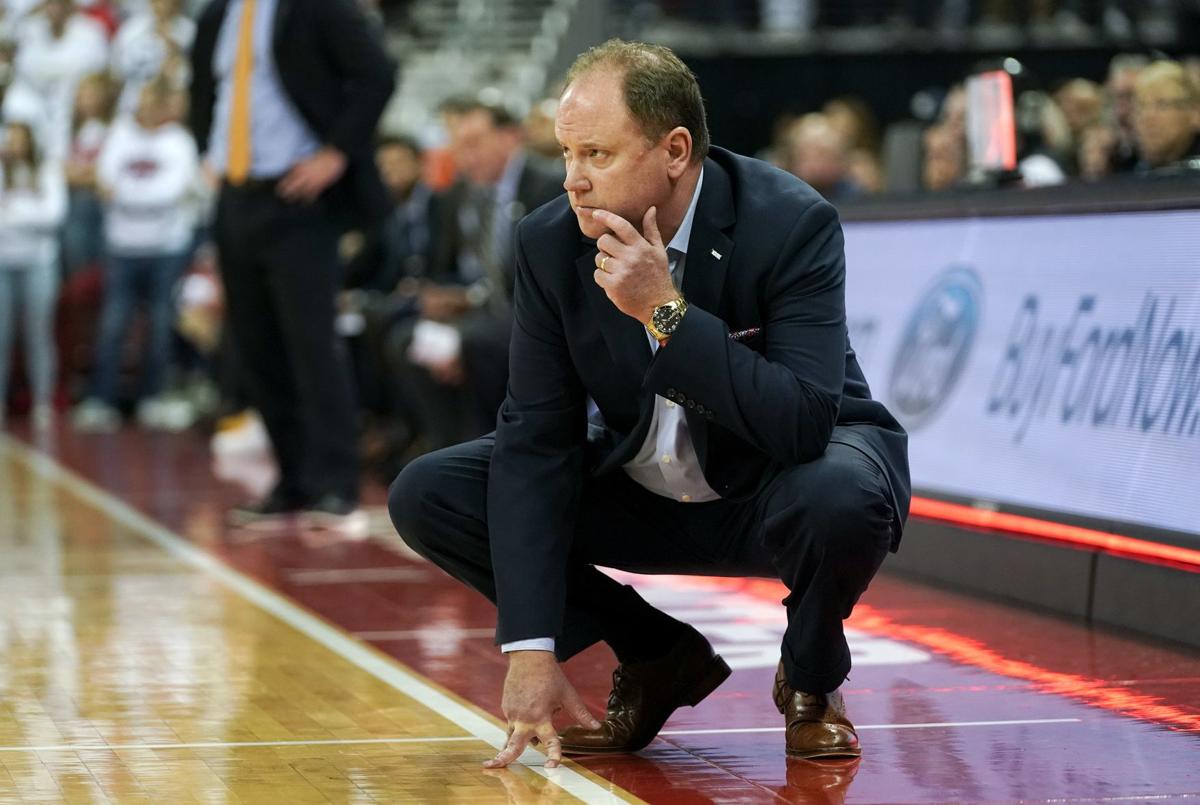 Greg Gard was named the Big Ten Coach of the Year after guiding the Badgers to a share of their first conference title since 2015. 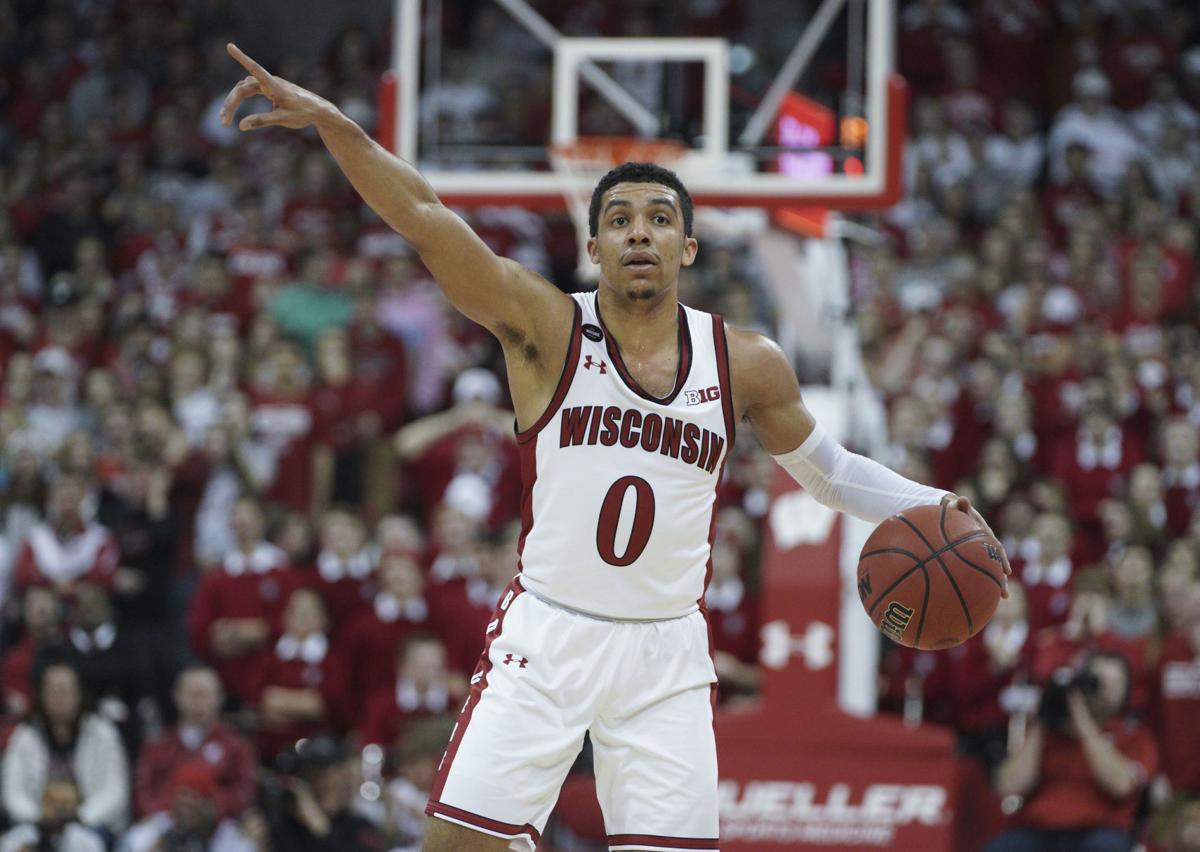 From the moment the final buzzer sounded on Wisconsin’s first-round loss to Oregon during the NCAA Tournament last March, the 2019-20 season already had the potential to be a difficult transition year for the Badgers.

After all, the program was set to lose one of its best-ever players in Ethan Happ — the focal point of almost everything the team did offensively — as well as another defensive stalwart in Khalil Iverson.

The Badgers did return experience in the backcourt and had Ohio State transfer Micah Potter on the way to shore up the frontcourt alongside Nate Reuvers, but post-Happ growing pains seemed inevitable to at least some degree.

Just on the basis of all that with no further context, the idea of Wisconsin capturing a share of the Big Ten regular-season title during the 2019-20 season would’ve probably gotten you laughed out of a room if you brought it up. To have pulled it off given everything the program has endured both on and off the court since being unceremoniously dumped from the 2019 NCAA Tournament by the 12th-seeded Ducks seems like an overzealous optimist’s pipe dream.

For starters, the mood around the Wisconsin men’s basketball program amongst many fans in the fallout of that first-round upset was, to put it kindly, less than positive. Granted, some of that furor was your boilerplate overreactions to losses in a 68-team, single-elimination tournament that inherently breeds chaos. But it was clear that a lot of the pessimism was much more deeply rooted and not solely contained to the segment of every fanbase that only watches sports to be angry at something.

With Happ — the final remaining player left from the Bo Ryan era — graduating, the program was about to enter a new era molded entirely by current head coach Greg Gard.

Despite mostly maintaining the Badgers at the level they were at under Bo prior to the back-to-back Final Four runs in 2014 and 2015, Gard was still working to win over a sizable chunk of Wisconsin fans. It was Gard at the helm when the Badgers’ saw their 19-year NCAA Tournament streak snapped in 2018 (though the inexperience of that team falls at least partially on Ryan for some inadequate late-career recruiting).

Additionally, Wisconsin under Gard on a couple of occasions seemed ill-prepared for when their Plan A on the recruiting trail fell through. And there was still skepticism as to whether he had the same player development chops as his longtime mentor, which was oh so pivotal to the recipe for success for the Bo Ryan era Badgers.

This was all going to be a prominent undercurrent to the 2019-20 season regardless, but the trials and tribulations began well before the first ball was tipped this year.

Last May, Wisconsin assistant coach Howard Moore and his family were involved in a devastating car accident when a wrong-way driver struck their vehicle straight on at high speeds. Moore’s wife, Jennifer, and daughter, Jaidyn, both were killed. His son Jerell escaped with minor physical injuries.

Moore himself suffered third-degree burns but survived the accident. Later in the summer, he suffered a medical setback at his home that has sidelined him from coaching indefinitely.

Wisconsin basketball legend Alando Tucker stepped in to fill Moore’s assistant role on an interim basis, the program embraced Jerell as one of their own and the team dedicated the season to the Moore family. But such a horrific tragedy still surely took a heavy toll on all involved.

Things didn’t get much easier for the Badgers on the court in the early going. Despite having sat out the entire 2018-19 season, Potter had his waiver for immediate eligibility and several appeals denied by the NCAA and their transfer waiver process that models its consistency off late-game Philip Rivers.

As a result, Potter missed the first 10 games of the season.

During his absence, Wisconsin sputtered to a 5-5 start, which included a disastrous two days at the Legends Classic in Brooklyn where outside shooting approaching absolute zero led to losses against Richmond and New Mexico.

Once Potter joined the fold, their fortunes rapidly improved. They won six out of their next seven games, including impressive road wins over ranked Ohio State and Penn State teams that proved they actually were capable of remembering how to play basketball away from the Kohl Center.

Following a road loss to Michigan State and a home win against hapless Nebraska, the season took another ugly nosedive in late January. It started with Wisconsin getting pummeled by Purdue in perhaps the most heinous of the Badgers’ many Mackey Arena faceplants over the years.

Prior to Wisconsin’s next game at Iowa, it was announced Kobe King — the team’s leading scorer during conference play up to that point — would not be joining the team for that trip. Against the Hawkeyes, the Badgers badly collapsed to blow a double-digit second-half lead for a third loss in four games.

Lest anyone thought King was simply trying to avoid an unwelcomed trip to a corn-filled hellworld, it was announced he’d be leaving the team (and later that he’d be transferring to Nebraska) shortly the Iowa loss.

At that point, fan furor and anti-Gard sentiment was at its apex. The team sat at 12-9 overall, 5-5 in league and had just lost one of its most important offensive pieces. To make matters worse, starter Brad Davison received a one-game suspension for a pelvic punch to Iowa’s Connor McCaffery while trying to move around a screen.

King’s departure and Davison’s suspension left the team with only seven scholarship players as they welcomed a Michigan State team who had won 11 of its last 13 games into Madison. Yet somehow, the Badgers kept it together and knocked off the Spartans to snap an eight-game losing streak to Tom Izzo and Co.

That didn’t immediately turn things around for good. In their next game, Wisconsin was blown out on the road by Minnesota. In the days following that game, Erik Helland, the team’s strength and conditioning coach, resigned after it came to light that he had used a racial slur in front of players.

The situation at that point: a 13-10 record, a 6-6 mark in Big Ten play and a whole host of on-court and off-court difficulties that could’ve easily sent the season into an unsalvageable downward spiral on multiple occasions.

Despite the mediocre record, the Badgers were still in solid enough position to grab an NCAA Tournament bid thanks to numerous Quad 1 wins and an easier home stretch of the regular season. But no one in their right mind would’ve pegged them for a potential Big Ten title run at that point.

And yet, they did exactly that. Wisconsin rattled off eight straight wins to close out the regular season, culminating with a comeback road win over Indiana that secured a share of their first conference crown since 2015 and second since 2008.

How they pulled it off given everything the team has endured this season and how historically deep this year’s Big Ten is beyond me. So much crazy stuff happens in sports on a regular basis that calling something “miraculous” can feel trite, but it’s 100% justified in this situation.

There’s a new banner to hang at the Kohl Center and seemingly bright days ahead. Every player aside from Brevin Pritzl is set to return next season. Players like D’Mitrik Trice and Aleem Ford have taken huge strides since Kobe King’s departure. And there is more help on the way.

After missing out on the Joey and Sam Hauser transfer sweepstakes last summer, the Badgers responded by hauling in one of the best crops of recruiting commits in program history.

Faith in Gard, who was just named the Big Ten Coach of the Year, and the current direction of the program has gone from an all-time low to arguably the peak of his tenure in the span of six weeks. If the Badgers crash and burn in the NCAA Tournament, the “Fire Gard” crowd will undoubtedly awaken from their hibernation, but their complaints would surely fall on far more deaf ears than this time last year.

(NOTE: In the brief time since this column was first published, the NCAA Tournament has been canceled due to the coronavirus pandemic. So the “Fire Gard” crowd will have to hide in the shadows indefinitely.)

Perhaps nothing better illustrates the stunning turnaround than this: Since the Big Ten began recognizing all-conference teams in 1948, the 2019-20 Wisconsin Badgers are the very first team to win a conference title without having a player named to the all-conference first or second team. This truly was a group that exemplified the whole being greater than the sum of its parts.

Sounds suspiciously Bo Ryan-esque to me.

As we all know, the global coronavirus pandemic shut down March Madness. For the Wisconsin Badgers, who ended the regular season on an eight-g…

As sports all across the globe grinded to a screeching halt due to the ongoing COVID-19 outbreak, a handful of teams continued to play. The We…

Greg Gard was named the Big Ten Coach of the Year after guiding the Badgers to a share of their first conference title since 2015.