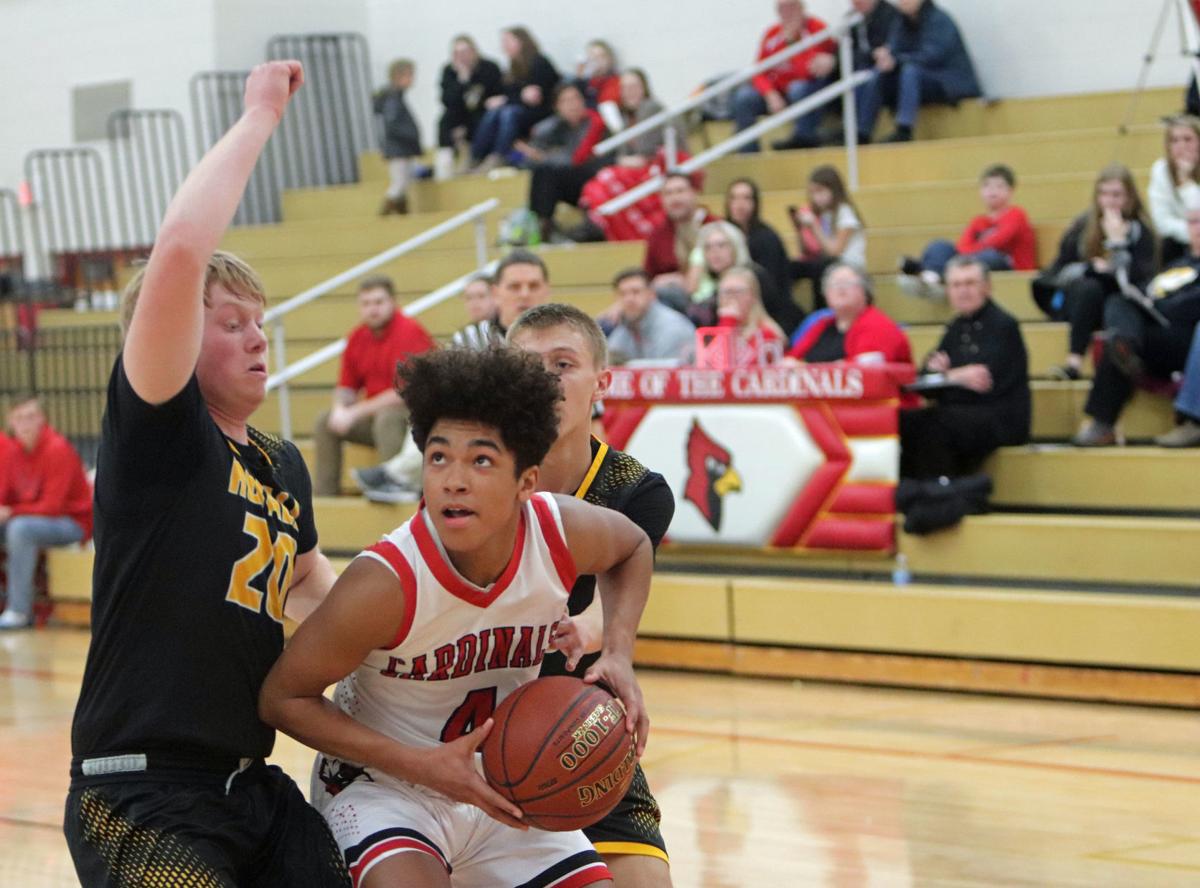 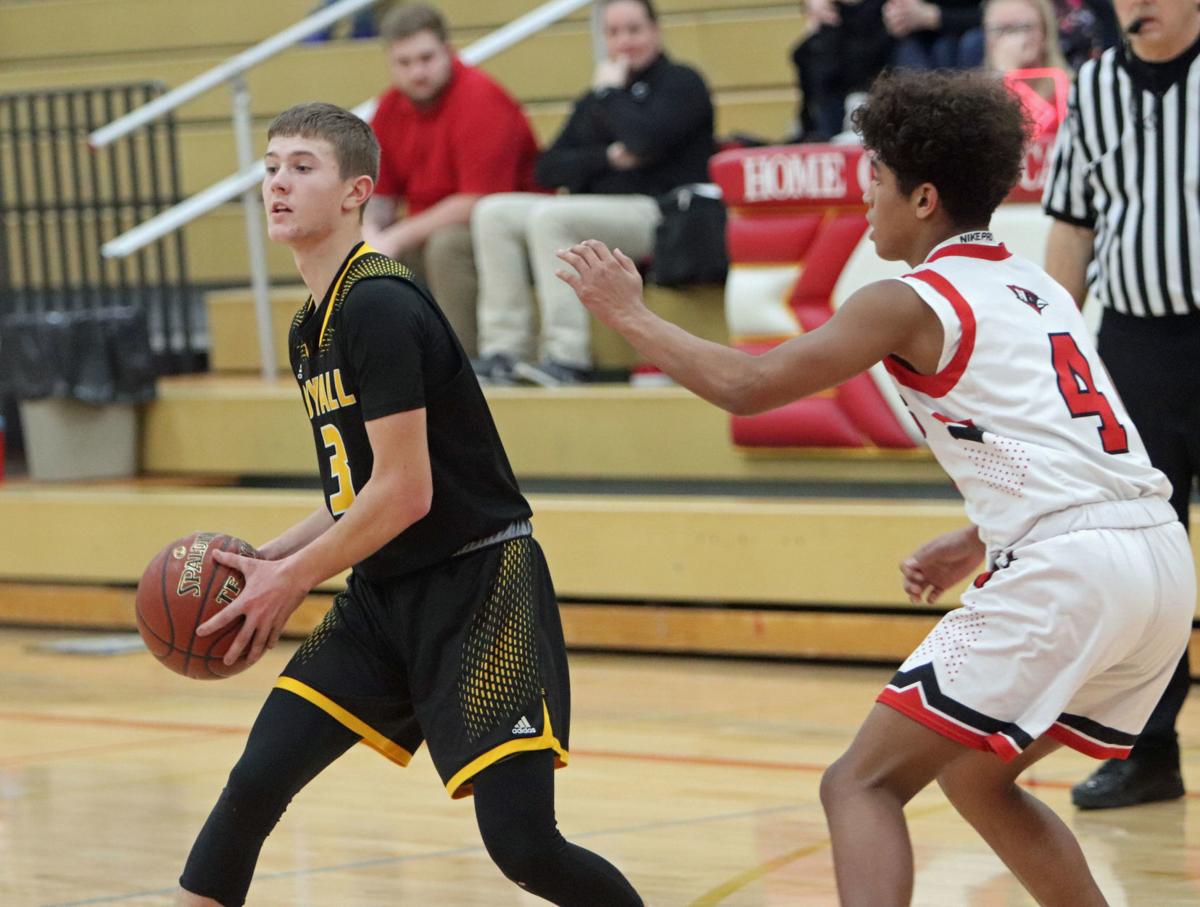 Royall senior Keith Schnurr led the way for the Panthers with 16 points in a 47-43 road loss to Necedah Thursday, January 9. 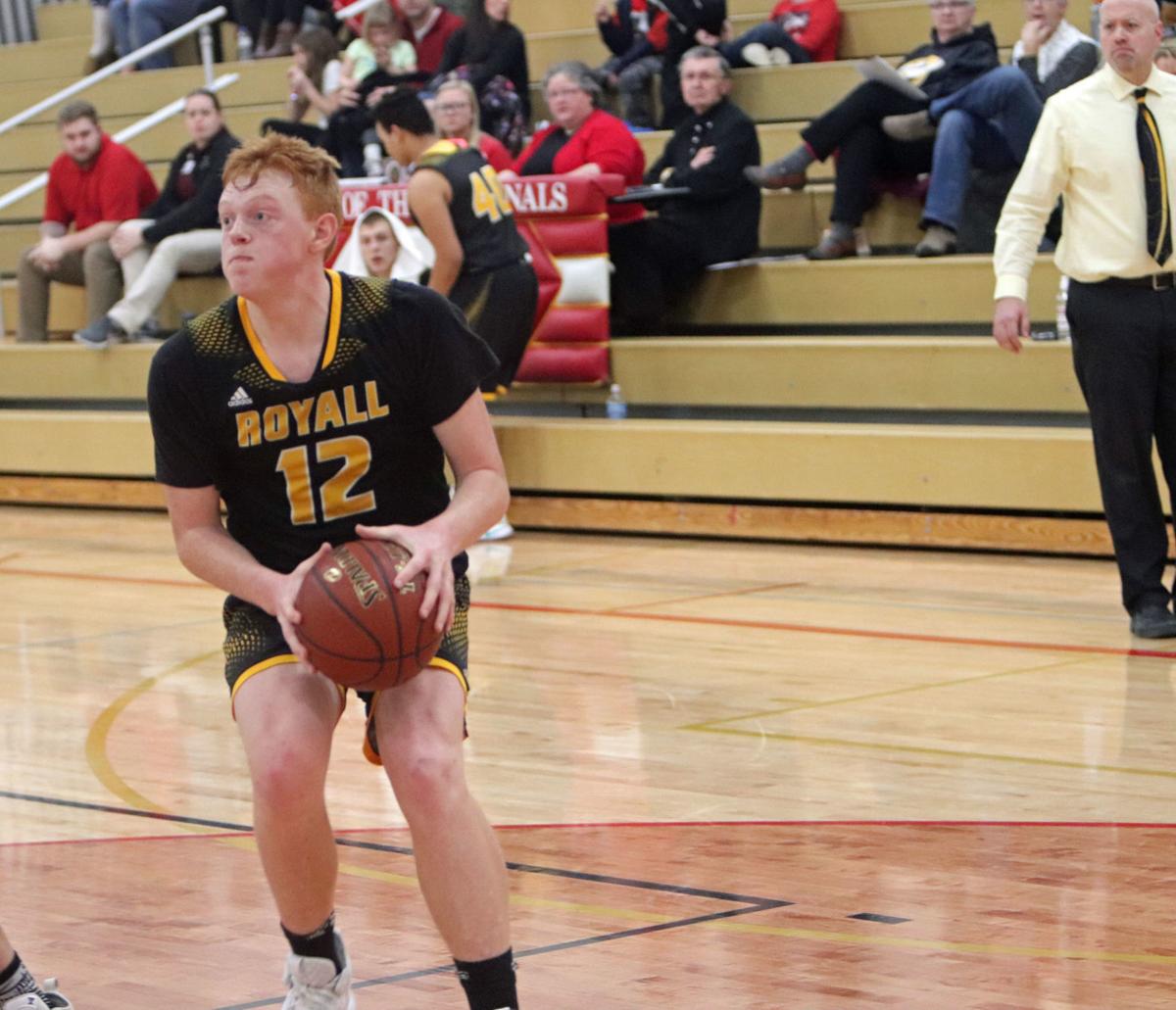 Royall's Brenden Ziems finished with 11 points, including a trio of second-half triples, in the Panthers' conference clash with the Cardinals Thursday, Jan. 9 in Necedah.

NECEDAH — Early in the proceedings, it looked like Necedah might be on its way to a fairly comfortable win over Royall. That certainly didn’t wind up being the case, but the Cardinals still escaped with a hard-earned victory.

The Cardinals (6-3 overall, 2-1 Scenic Bluffs) outlasted the Panthers (5-3, 2-1) 47-43 in a clash of conference rivals Thursday, January 9 at Necedah High School. For most of the first half, it was Necedah who was in complete control.

The Cardinals held leads of 17-5 and 20-8 at different points, but Royall responded with a 9-0 run to end the half and cut the deficit to 20-17 heading into the locker room.

That hot end to the first half carried into the first few minutes of the second stanza. The Panthers scored the first five points of the second half, including a 3-pointer courtesy of senior guard Keith Schnurr that pushed the overall run to 14-0 and put his team ahead 22-20 — Royall’s first lead of the evening.

Necedah senior guard Jaron Murphy finally stopped the Cardinals’ bleeding shortly after with a transition layup to knot the score at 22-22, kicking off a significant stretch of back-and-forth action.

Real separation for either team didn’t come until a Necedah offensive rebound led to Murphy splashing a trey that pushed the Cardinal advantage to 39-32 with 5:22 remaining. But this didn’t lead to Necedah pulling away in the final minutes.

Instead, Royall responded with a Brenden Ziems triple to cut the lead back to three. The Necedah lead continued to oscillate between three and six points until a Schnurr three cut Royall’s deficit to 45-43 with 24 seconds left.

On the ensuing Necedah possession, Murphy found teammate Emanuele Glovi open down the court, leading to a crucial layup that made it 47-43. After a Ziems 3-point attempt rattled around the rim and out, the Cardinals secured the rebound and ran out the clock to secure the win.

For the Cardinals, Landen Murphy led the way with a game-high 20 points while older brother Jaron contributed 12 points of his own. As for Royall, Schnurr set the pace with 16 points, Ziems finished with 11 points and Nathan Vieth added eight points and 10 rebounds to fall just short of a double-double.

“I thought we did a better job in the second half of positioning on offense and attacking the hoop intelligently and a little stronger,” said Necedah head coach Kris Saylor. “I thought we played very weak in the first half. And to their credit, (Royall) defends very well and they were getting us pushed out a little bit and we let that happen.”

In some ways, this Royall team is in a similar situation to what Necedah faced last year.

In 2018-19, Jaron Murphy was the lone returning regular starter from the season prior on an otherwise very young, inexperienced team that had numerous new rotation pieces to break in. This year, the Panthers brought back starter Schnurr, but otherwise has a squad that had very little varsity experience prior to this.

So Saylor knows all too well the sort of challenges that face Royall head coach Scott Uppena and his team this season and commended the job his coaching peer is doing.

“Coach Uppena does such a great job of putting them in a position to be successful,” Saylor said. “They’re disciplined, they don’t go throwing the ball around silly — they’ll be in a lot of games no matter who they’re playing with that. We have to learn some of that because we were a little sloppy with the ball.”

However, Uppena was displeased with some of his team’s unforced errors on the night — namely turnovers and lackluster free-throw shooting — that can prove to be the difference between a win and a loss in such a tight game.

“We are not an overly explosive team offensively, but we have been efficient when we get our shots,” Uppena said. “We shot the ball fairly well. But when we have 20 turnovers in a low-scoring game, that’s the difference in the game as far as I’m concerned.”

Royall senior Keith Schnurr led the way for the Panthers with 16 points in a 47-43 road loss to Necedah Thursday, January 9.

Royall's Brenden Ziems finished with 11 points, including a trio of second-half triples, in the Panthers' conference clash with the Cardinals Thursday, Jan. 9 in Necedah.